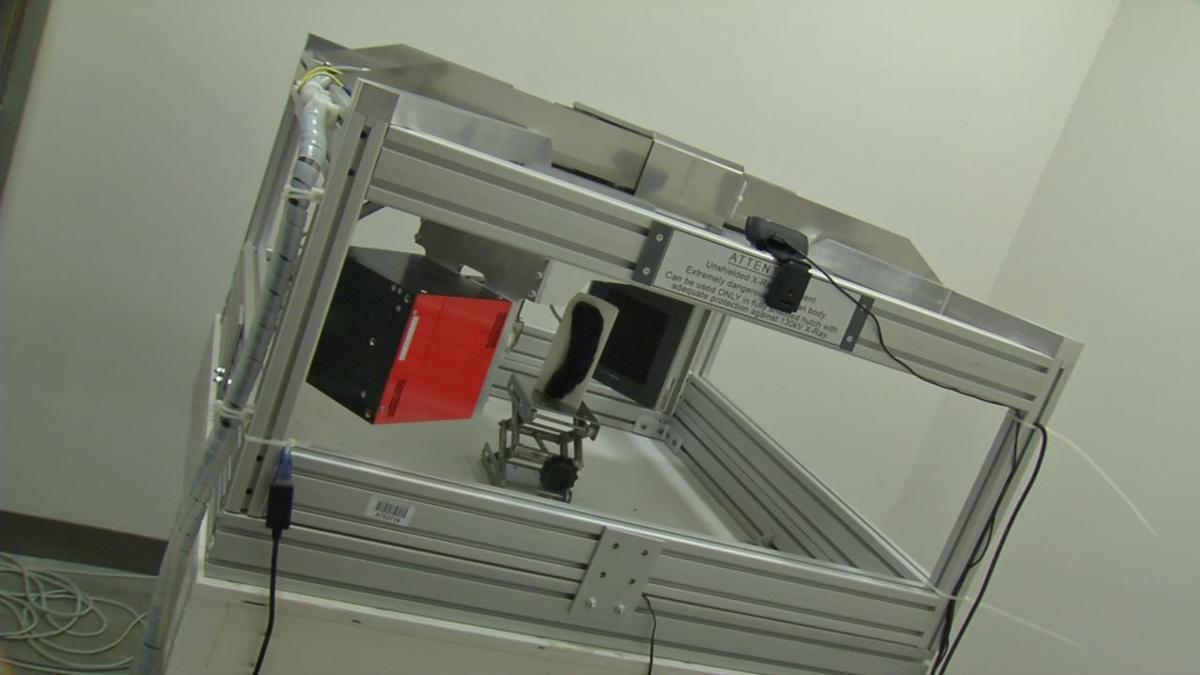 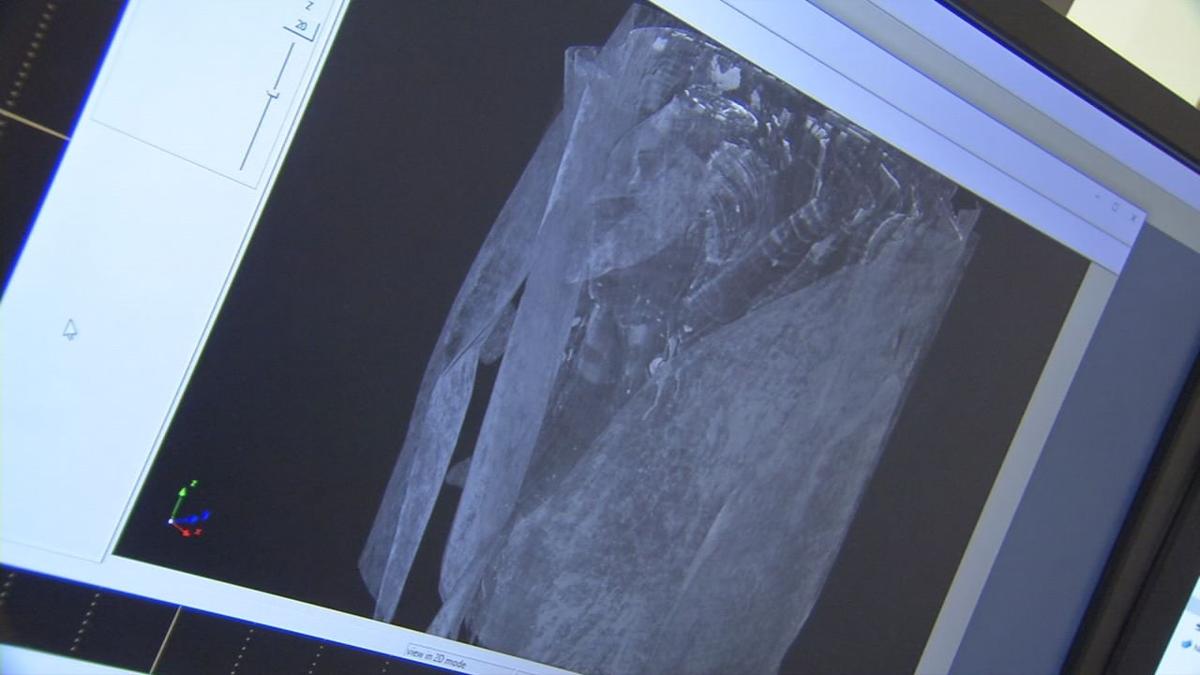 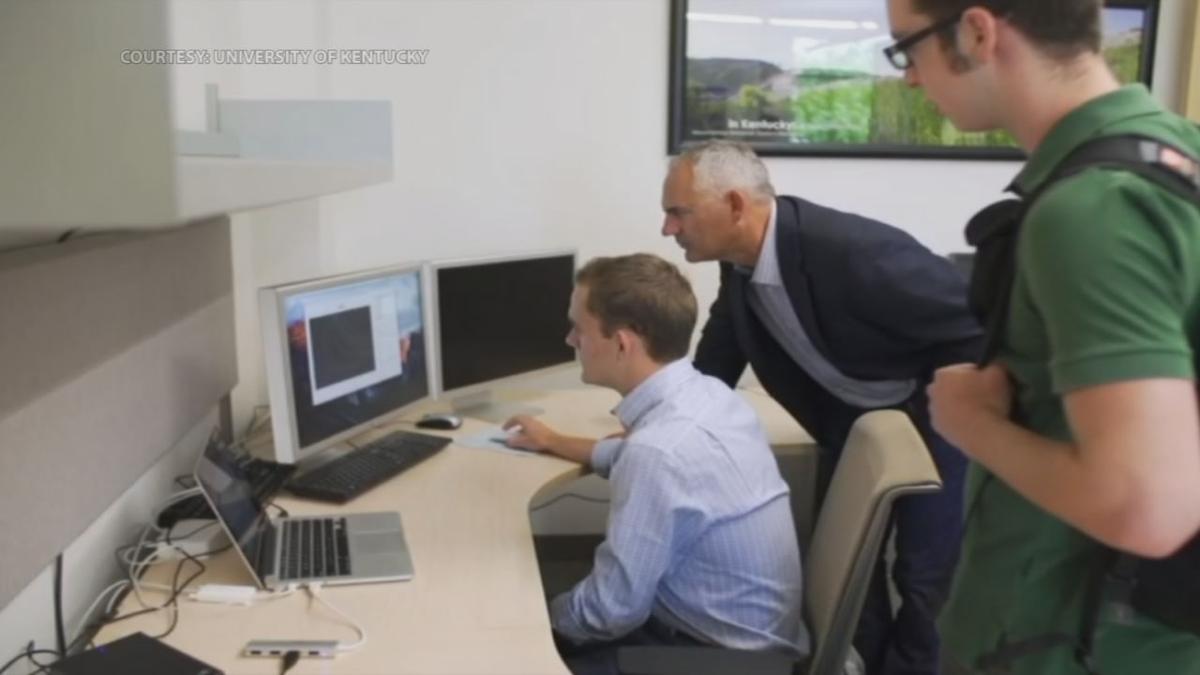 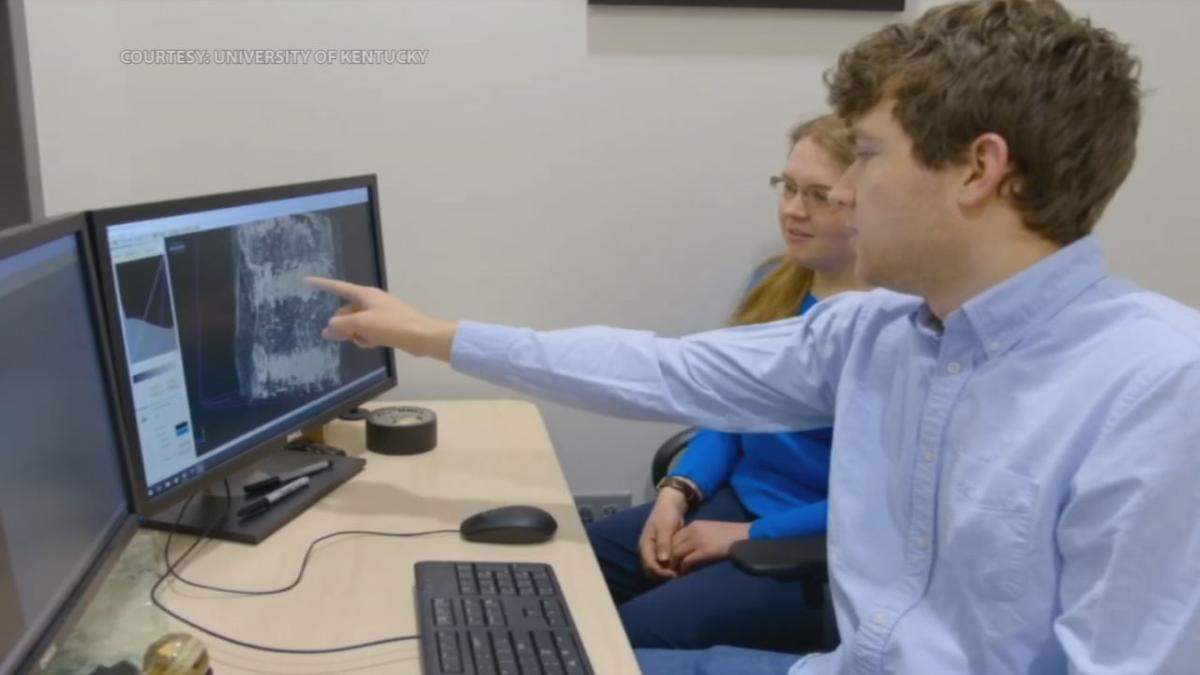 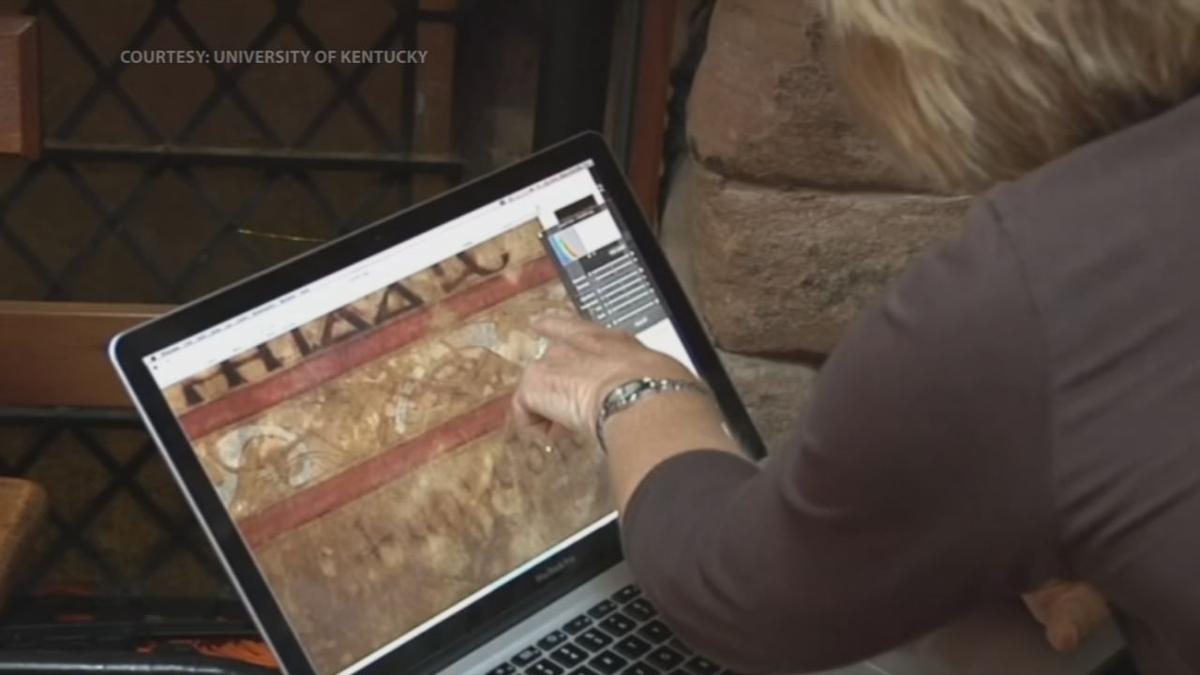 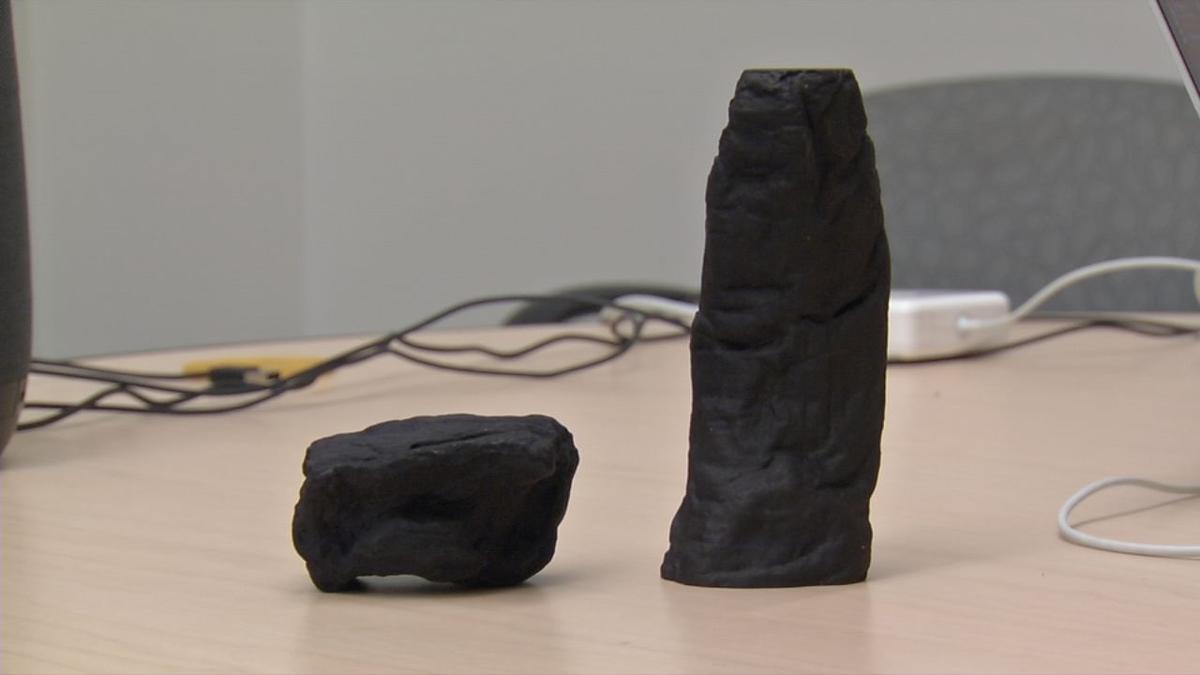 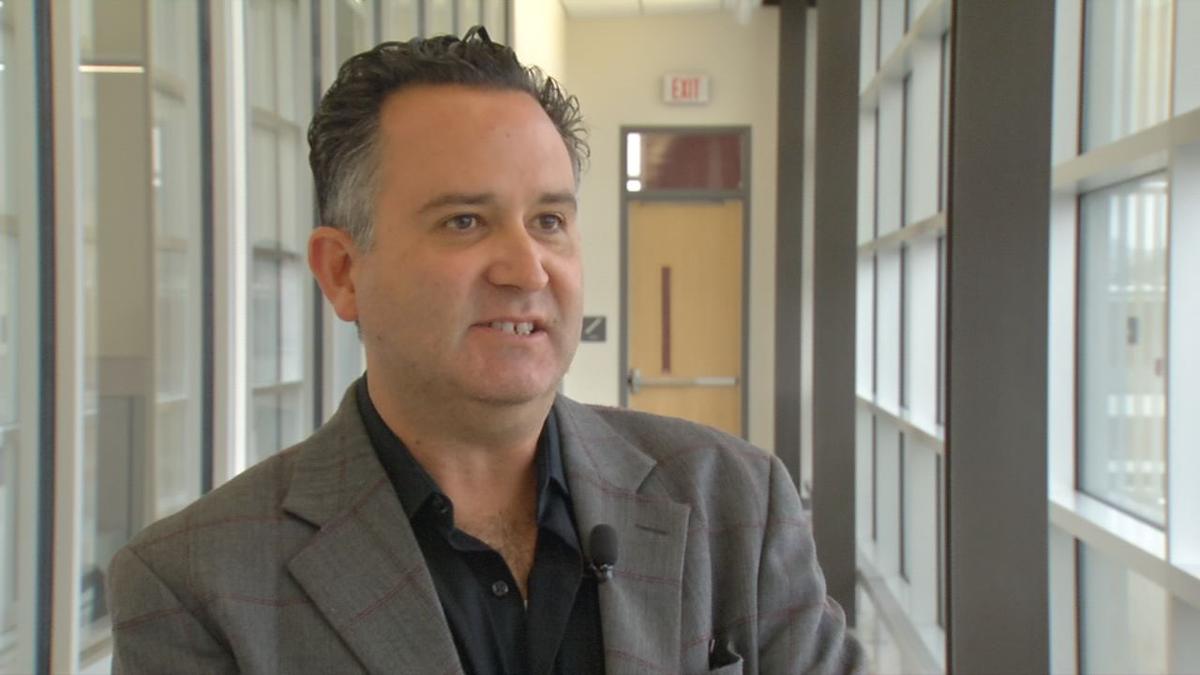 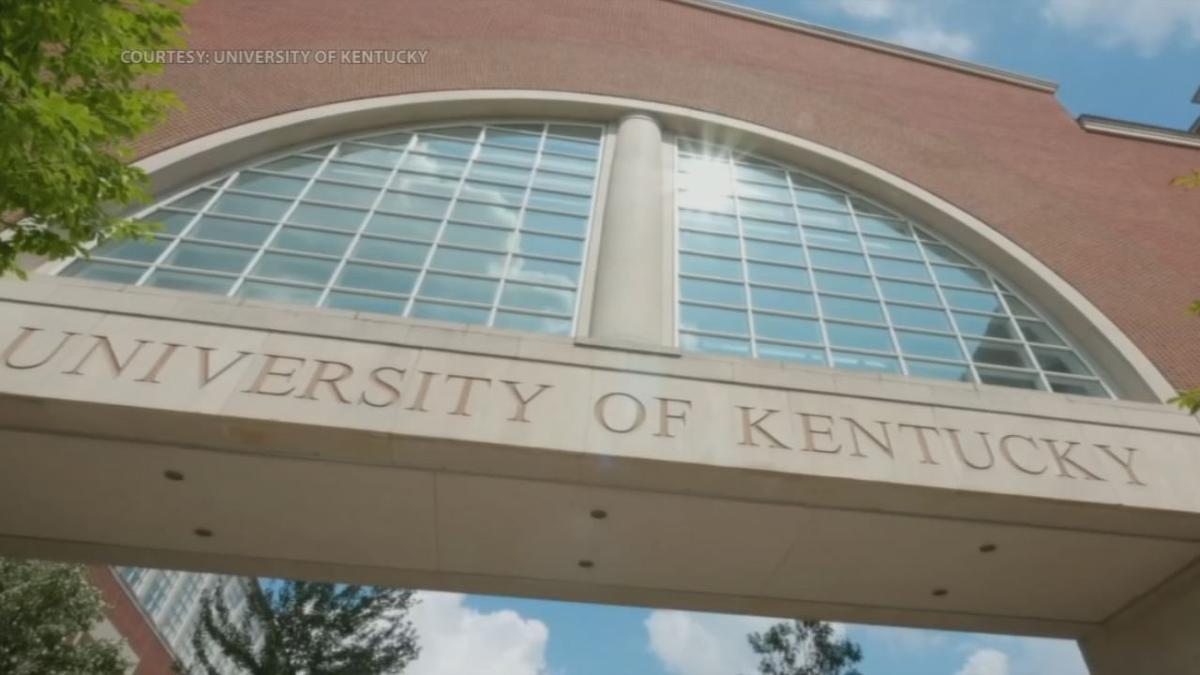 LOUISVILLE, Ky. (WDRB) -- Whoever was in charge of valuable and rare scrolls 2,000 years ago in Pompeii, Italy would be very happy about what’s happening now at the University of Kentucky.

The scrolls were decimated by the volcanic eruption of Mt. Vesuvius. Going through the ruins several hundred years ago, the scrolls looked like carbonized chunks of wood. Until one broke, revealing signs of handwriting inside.

Fast forward a few centuries, and you'll find UK Professor Brent Seales. He has traveled the world looking at ancient books and scrolls, and became fascinated with trying to read those too damaged to open.

Now he’s developed the leading program to do just that. "In the United States, yes absolutely. I would like to think in the world, yes absolutely. We are the only ones that have the end to end technology," says Seth Parker of the University of Kentucky Digital Restoration Initiative.

Professor Seales and his team took some of the Herculaneum scrolls from Pompeii to England, where a light beam machine produces light ten billion times brighter than the sun. The scan it produces is intensely analyzed back in Lexington to try and decipher the words.

Word of the team's skills spread fast, and a call came from the Israeli Antiquities Authority. The scroll they provided turned into a find of Biblical proportions.

Parker said, "We sent them the first text and said, 'hey do you think this is anything?' And they responded with, 'you’ll never believe what you found. It's Leviticus!'" In fact it turned out to be one of the oldest copies of part of the Old Testament book in existence.

The Digital Restoration Initiative team at UK includes a lot of students assisting in this groundbreaking work. And it's not just ancient scrolls they can bring back to life.

"This could be stuff that’s relatively new, just like 200 or 300 years old. Old papers you know, that got stuck under damp conditions and you can't peel them apart, but they are someone's private letters. Well, our software can basically segment it, pull it apart and allow you to read it," says Dr. James Brusuelas, who came to the University a couple of years ago to join the efforts of Professor Seales' program.

As for those carbonized scrolls from Italy, the team is hopeful. It's their most difficult project ever. Carbon based Papyrus and carbon based ink, cooked by lava. They believe they are getting very close to reading those ancient writings, something researchers would've never deemed possible a few short years ago.

Dr. Brusuelas knows the possibilities are endless. "It could be the case that you could extract some of the earliest copies of Homer’s Iliad or Odyssey, we don’t know."