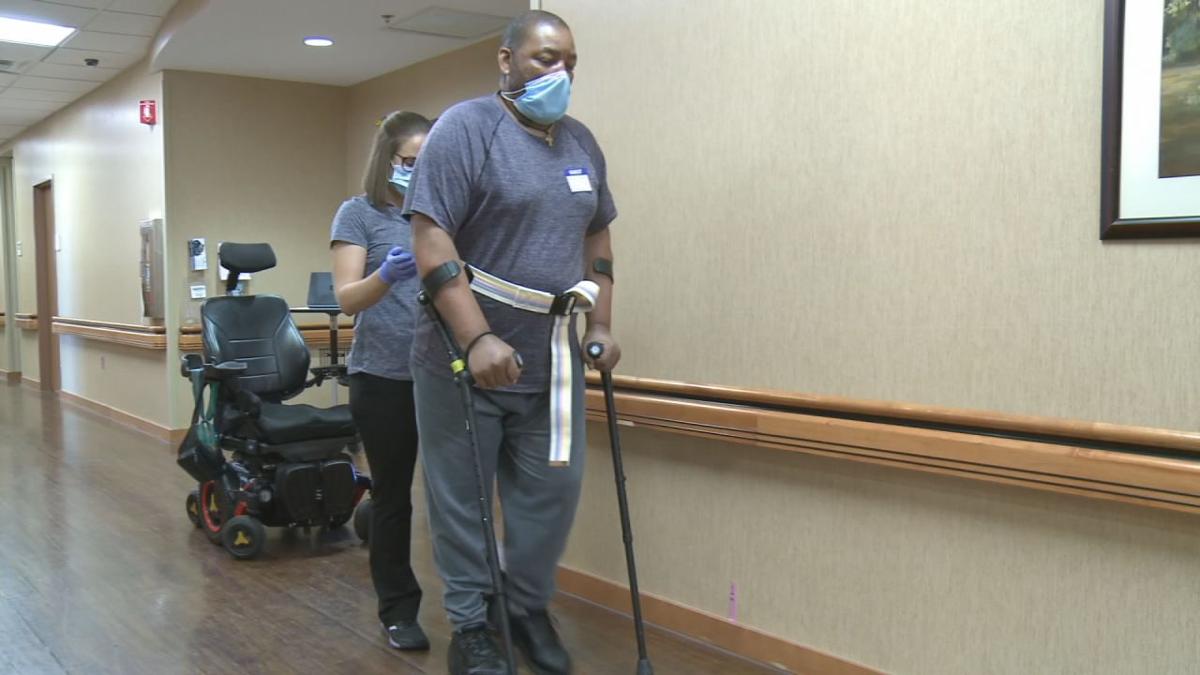 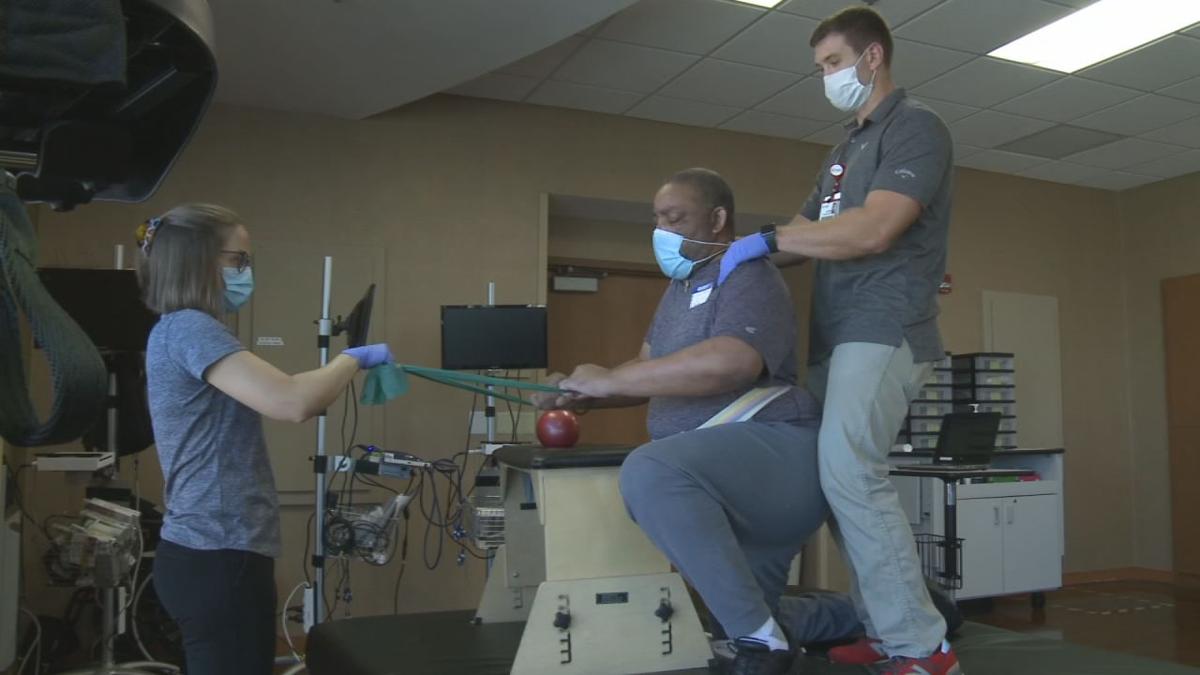 LOUISVILLE, Ky. (WDRB) -- A Louisville man has learned to walk again after being paralyzed in a car crash.

Chris Jackson was on his way to a University of Louisville football game in 2018 when a car ran a stop sign and hit him. He was in the car with his son and said he immediately knew he was paralyzed.

As an avid Cardinals fan, he said a visit from U of L players gave him encouragement as he learned to walk again at Frazier Rehab Institute.

Jackson thanked his doctors for their help.

"Life became tough, but I didn't quit," he said. "The more they worked me, the more i wanted it. And after some of the sessions, I was like, 'That's all you guys got?' They were like, 'Wait until tomorrow.' And then I said, 'I may have said too much.'"

Jackson attends therapy twice a week and gets stronger each day.