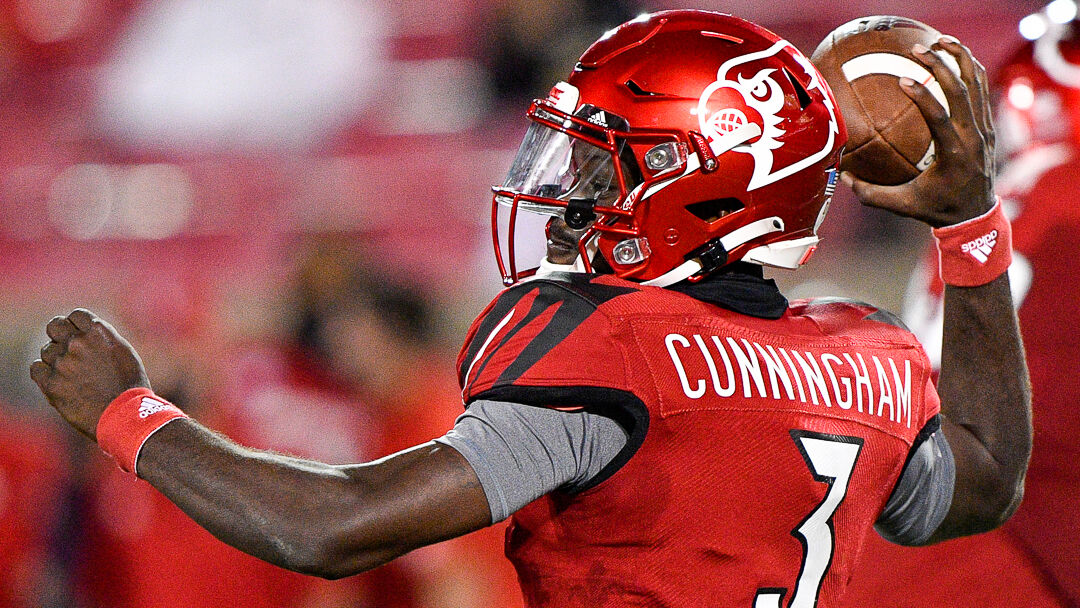 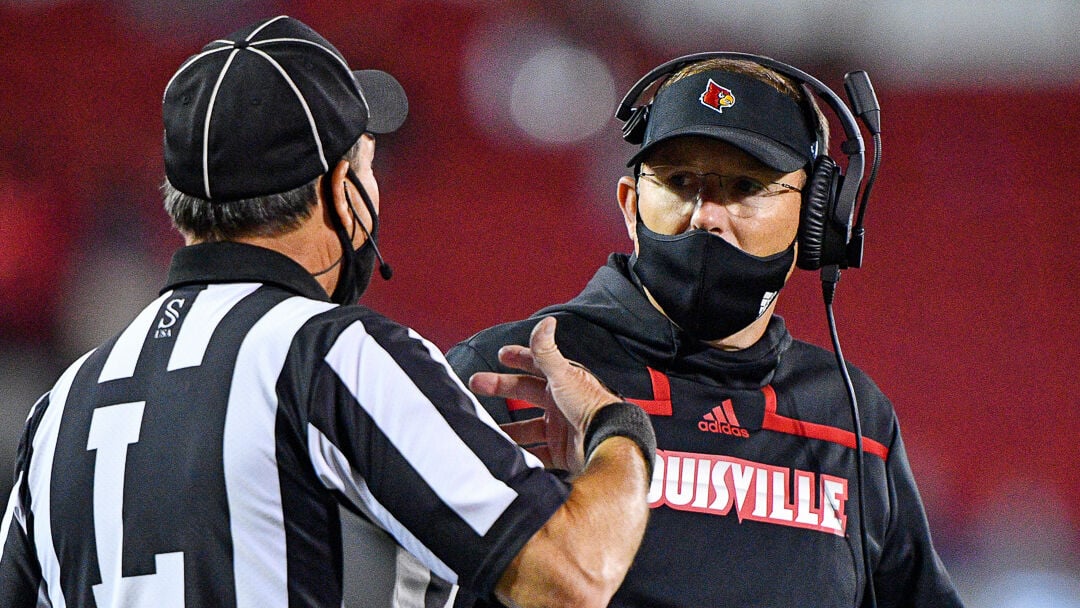 LOUISVILLE, Ky. (WDRB) -- This is not the start that was predicted for the University of Louisville football team.

Not by Scott Satterfield and his players.

Not by the preseason publications.

Not by those who doubted Louisville’s turnaround last season.

A two-touchdown victory over Western Kentucky followed a two-touchdown home loss to Miami followed a lackluster burp against a Pittsburgh team that just stumbled against North Carolina State.

The Cards (1-2) visit Atlanta on Friday for a 7 p.m. game at Georgia Tech. Also 1-2, the Yellow Jackets have lost seven of their last 10 Atlantic Coast Conference games.

Before the novel coronavirus reshaped the schedule, Tech was the consensus pick to finish last in the ACC Coastal. After the pandemic forced the league to scrap the division format, Tech was picked to finish 15th and last by 134 media members who cover the league.

Louisville opened as a 5 1/2-point favorite at VegasInsider.com. Win this and the Cards can hunt for an upset at Notre Dame Oct. 17. Lose to the Yellow Jackets and ... don’t ask.

Louisville wasn’t great at turnover margin while winning eight games last season. The Cardinals were mostly average, losing the ball one more time (19) than they took it from the opposing offenses.

This season Louisville is not close to average. The Cards rank in the bottom three of the ACC as well as the bottom seven in the country in turnovers margin — at minus-5.

By the defense: Two recovered fumbles. One interception.

“A couple of them have been bad decisions like throwing them into coverage against Miami,” Cunningham said.

“I know one of the ones on the sideline, he just should have thrown the ball away.

“A lot of it comes down to decision-making. As I think back on those, one of them, he threw a post route against Pittsburgh, and it was intercepted. That one was bad ball-placement. He has to throw that and lead the receiver. He threw it behind him.

“But most of them have been a bad decision, throwing it late or not throwing them at all to those guys. All last year he did a good job of taking care of the football. He has to continue to do that.”

Prior to the season, the primary question about this team was the offensive line.

How would Ledford replace starting tackles, Mekhi Becton and Tyler Haycraft? Could the Cards survive with a six-player rotation for five spots or would depth be developed?

The Cards rank eighth in the ACC in rushing attempts per game but 11th in rushing yards per game. Neither Satterfield not Ledford were happy with the offensive line at Pitt.

“Some of the things that we did last week are hard to explain,” Satterfield said.

“We know we are capable of playing better, we showed this the week before Pittsburgh against Miami. I thought they fought and blocked well against a really good defensive front in that game …

“… it wasn’t just with the offensive line. It was the tight ends, also. I thought that was the worst blocking from our tight ends that we had since we’ve been here, maybe. It was bad in that regard.”

“I think they took it very personal,” Ledford said. “We had a very spirited week of practice.

“Any time you have those type of numbers, that type of performance if it doesn't affect you, we have the wrong guys in that room.”

After three games, Louisville remains last in the ACC in punting. The Cards have punted 13 times, averaging 35.8 yards per kick. A year ago Mason King averaged 42.2 yards.

If the Cards get into a field position game with Tech, they will be at a disadvantage. Tech leads the ACC in punting, averaging 48.2 yards per kick

“We were backed up against Pitt against the goal line and that's a great opportunity just where you want to flip the field,” Satterfield said.

“When we hit a low punt that was a 3.3 (second) hang time, you want to have around a 4.0 and they got a return on us. But we're not even giving our kids a chance to get down the field on those.

“We got to have a much better job of getting more hang time, allowing our cover teams to get down the field.”

Disney unveils its holiday merchandise, has a unique 2020 item included