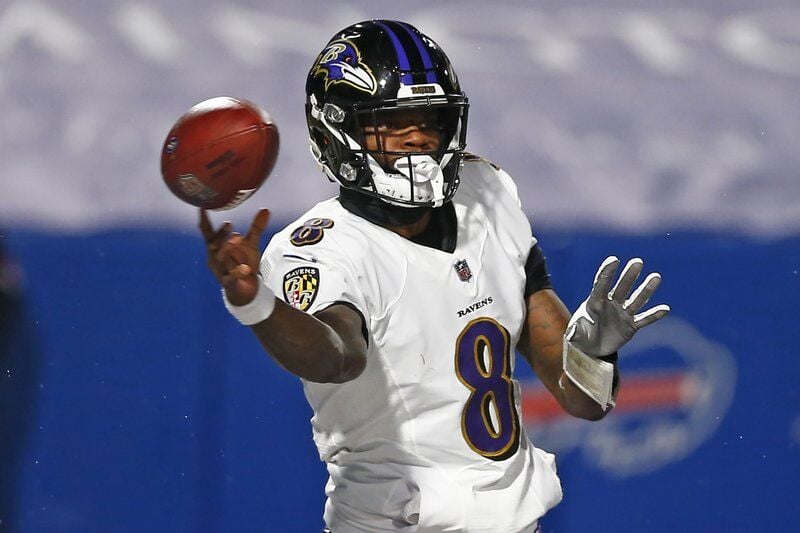 Baltimore Ravens quarterback Lamar Jackson (8) throws a pass during the first half of an NFL divisional round football game against the Buffalo Bills Saturday, Jan. 16, 2021, in Orchard Park, N.Y. (AP Photo/John Munson) 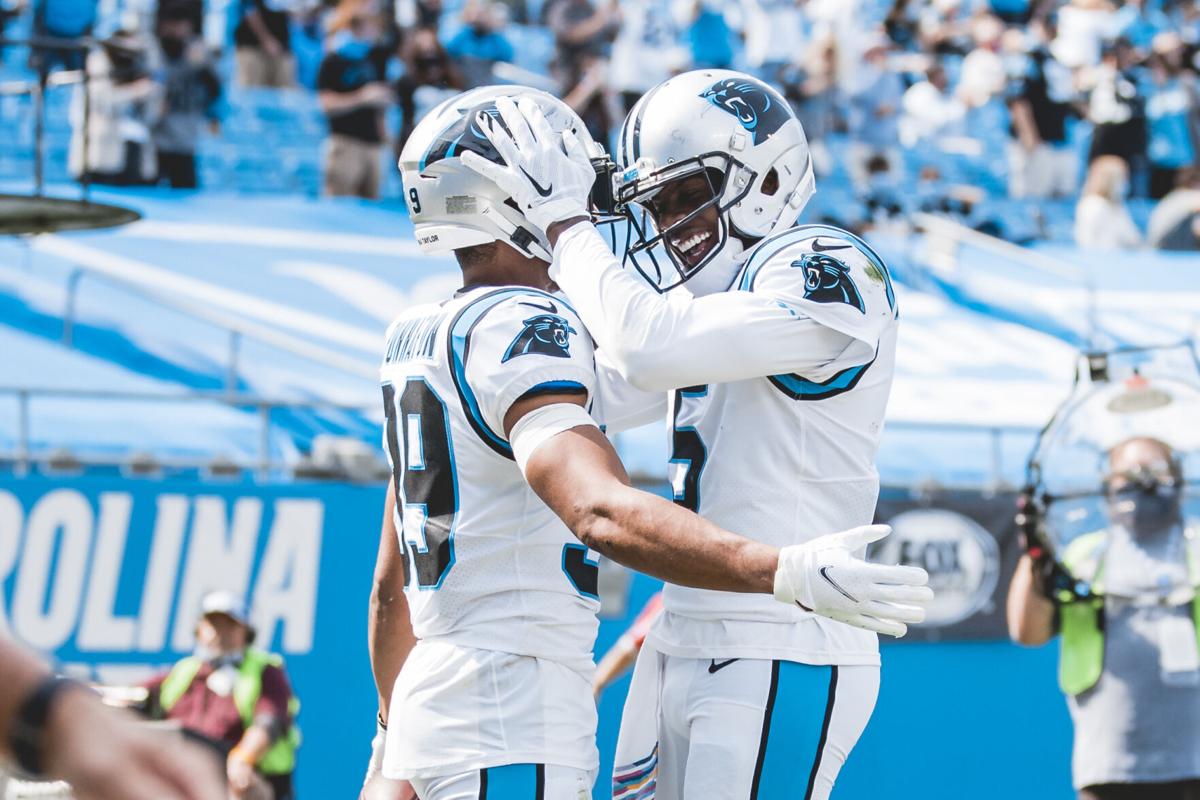 Baltimore Ravens quarterback Lamar Jackson (8) throws a pass during the first half of an NFL divisional round football game against the Buffalo Bills Saturday, Jan. 16, 2021, in Orchard Park, N.Y. (AP Photo/John Munson)

LOUISVILLE, Ky. (WDRB) -- There are only 192 days until Super Bowl LVI, which is booked for Feb. 13 in lovely Inglewood, California. That countdown translates to this reminder:

The NFL exhibition season begins Thursday night with the Hall of Fame game between Pittsburgh and Dallas, which airs on WDRB at 8 p.m.

No University of Louisville players — on day one.

That will change. By my count, 18 former Cardinals are in NFL camps trying to hold spots in the league.

Here are the five most intriguing Cardinal connections:

1. Dave Ragone, Falcons offensive coordinator: As I wrote earlier this summer, Ragone took the next step toward becoming an NFL head coach when he left the Bears to develop the game plan for the Falcons, who ranked 18th in the league in total offense last season.

In Atlanta, Ragone will enjoy a quarterback upgrade as he moves from Mitchell Trubisky to former MVP Matt Ryan. But the Falcons lost receiver Julio Jones and will try to spotlight Florida tight end Kyle Pitts, their top draft pick, in their offense.

Here’s what I’ve noticed about new OC Dave Ragone and specifically Calvin Ridley: they’re consistently smiling in passing and cutting it up with each other when there’s a down moment. Chemistry matters. Looks like it’s there early. #Falcons pic.twitter.com/zDi5L5lHJ0

The Falcons won only 11 games the last two seasons, four in 2020, a perfect spot to make a dazzling first impression.

2. Teddy Bridgewater, Broncos quarterback: Denver is Bridgewater’s fourth team in five seasons. He has moved from the Vikings to the Saints to the Panthers to the shadow John Elway.

Although Bridgewater completed nearly 70% of his throws last season, the Panthers opted to move forward with Jets’ castoff Sam Darnold at quarterback. Hmmm.

Bridgewater threw only 15 touchdowns passes with 11 interceptions while taking 31 sacks. Questions about his health and arm strength have followed him to Denver, where Bridgewater must unseat returning starter Drew Lock for the starting job. The Broncos finished last in the AFC West last season.

.@JamesPalmerTV: How the battle between Drew Lock and Teddy Bridgewater for the Broncos' starting QB job could have a profound impact on the franchise for years to comehttps://t.co/sq7DWtuM8B pic.twitter.com/AlIsE205eQ

3. Charlie Strong, Jaguars, assistant head coach: The Jaguars are Strong’s fourth stop since he left a really good thing at U of L for Texas after the 2013 season.

Now Strong is back with his friend and mentor, former Ohio State coach Urban Meyer, as they try to prove they can win in the NFL the way they won at the University of Florida.

Asst. Head Coach Charlie Strong. “You have to be very disruptive on defense and create some pressure” ⁦@1010XL⁩ pic.twitter.com/wpNBKR6goV

Strong, who turned 61 on Tuesday, has never coached in the NFL. He has been assigned the inside linebackers in Jacksonville.

4. Javian Hawkins, Falcons, running back: Former U of L receiver Tutu Atwell figures to have a place with the Los Angeles Rams. They invested a second-round draft choice in him.

I expect Dez Fitzpatrick, another former Cards’ receiver, to make it in Tennessee. They selected him with a fourth-round pick.

After running for 2,347 yards the last two seasons, Hawkins will try to make the Atlanta Falcons as an undrafted free agent.

Nice run by RB Javian Hawkins. Weaves through traffic and turns on the jets for a long run. #Falcons pic.twitter.com/NMCOmedw2I

Part of that reflects the diminished value of running backs in the NFL. Hawkins must also prove he can hold up at 5 feet 9 inches tall and 195 pounds.

5. Lamar Jackson, Ravens quarterback: Last on this list, Jackson is always on the marquee among former Cards in the league, even as he battled COVID-19 again.

As the league’s 2019 MVP, Jackson has established himself as the most entertaining player in the game. What he must do next is prove he can direct Baltimore into the Super Bowl. There are skeptics.