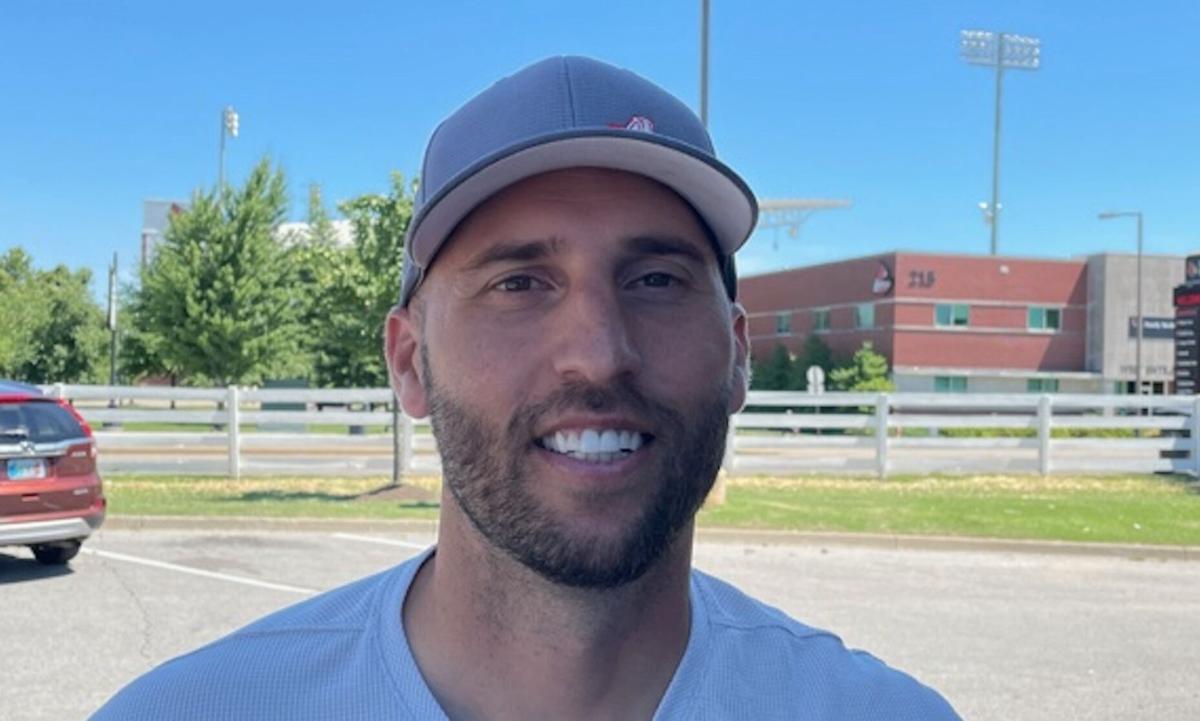 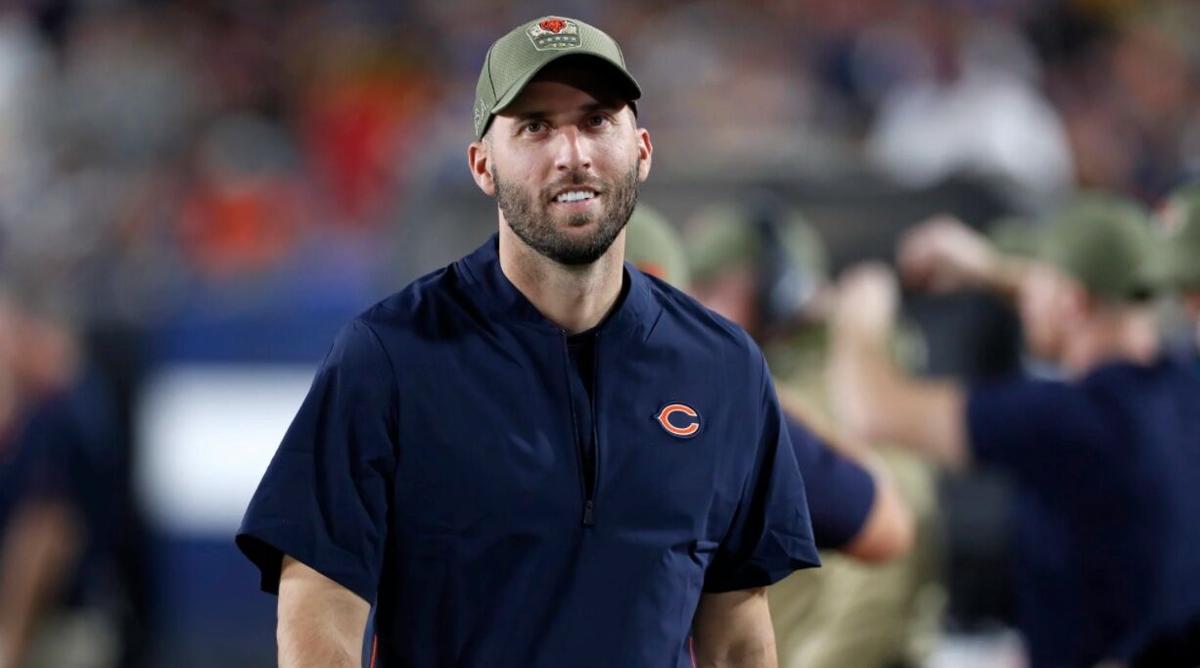 Before he moved to Atlanta, former U of L quarterback Dave Ragone coached with the Chicago Bears for five season. AP Photo.

Before he moved to Atlanta, former U of L quarterback Dave Ragone coached with the Chicago Bears for five season. AP Photo.

LOUISVILLE, Ky. (WDRB) -- When you make a list of the coaches who have lifted former University of Louisville quarterback Dave Ragone on his path to Atlanta Falcons' offensive coordinator, there are names you know, others you overlooked and one special person who belongs atop the list.

In this town, the Ragone Story began with John L. Smith, the coach who recruited him to the Cardinals, as well as U of L assistants Bobby Petrino and Scott Linehan.

As much as Ragone credited those guys, he made certain I wrote down the name of Chuck Kyle, the legendary Ohio coach who developed him at St. Ignatius High School in Cleveland.

So does new Arthur Smith, the new head coach of the Falcons, who recruited Ragone, 41, from the Bears to build Atlanta's new offense around quarterback Matt Ryan, a former MVP.

Everybody is playing for second place. Ragone's wife, Marju, has been the most influential coach in helping him navigate his career.

"She kind of spring-boarded me into the whole thing," Ragone said. "It could not have happened, at all, without my wife.

"For her to sign off on it, with this journey and going through all these moves, the hours I am gone and everything else, it's a complete commitment not only by me, but by her and the kids."

There's more to the story than the essential single-parent work that the wife of any NFL coach must do because of long seasons, time on the road and frequent demands of 60- or 70-hour work weeks. The Ragones have 3 children -- Isabella, Anderson and Cristiano.

You could argue that Dave is the Falcons' offensive coordinator because Marju wanted to coach the girls' high school basketball team at Kentucky Country Day in 2009.

Marju Sober excelled over four seasons at U of L, leading the Cardinals in scoring in 2001 and 2002. When she interviewed for a basketball job at KCD, Marju was also asked by KCD athletic director Tim Green if Dave would be interested in helping with the KCD football team.

"I wanted to coach football," Ragone said. "I didn't miss throwing touchdown passes or playing, which I know sounds weird. I missed the X and Os, the strategy, during the week … the chess game. That's a big part of it …

"… this fulfilled the missing part of athletics that has been part of my whole life. The closest thing to playing was coaching, right?"

After a 3-year career as an NFL reserve and time playing in NFL Europe, Ragone hosted a local radio talk show with former Kentucky basketball player Scott Padgett. He had business interests. He had options, plenty of options.

Ragone is a single-digit handicap golfer (who played a skins game against former U of L quarterback Chris Redman at Valhalla last week and lost on the final hole). He loved playing pick-up basketball.

None of that was enough. Ragone needed more competition -- and running the offense for a high school football team was competing.

Said Ragone, "I always make this comment: 'Coaching in high school, the UFL, the NFL, Division III, the places I've been, the reality is that once that ball kicks off, they all feel the same.' "

KCD got Dave. It did not get Marju.

She became pregnant with their second child and focused on their family. The Ragones agreed that if Dave planned a coaching career, he needed to attack it the way he attacked opposing defenses at Louisville, where Ragone was named Conference USA offensive player of the year not once, not twice, but three times.

At KCD, Ragone turned a part-time job into a full-time obsession. Talk to Ragone for 45 minutes and he'll drop quotes from an assortment of NFL coaches into the conversation. Nobody had better advice than his wife gave him after one season at KCD.

As Ragone remembers it, this is what Marju said:

" 'You realize how many hours you're putting into this? If you're going to do it, you need to make it a full time job.' She had a great perspective."

That led him to a job (for $70,000) as quarterbacks coach of the Hartford Colonials of the United Football League. He lived in a Connecticut hotel for four months while his family remained in Louisville.

The UFL didn't last, but Ragone's reputation as a quarterback guru did. In 2010, he helped develop Josh McCown into the league's top passer.

Game on. McCown played another decade in the NFL after his time with Ragone in Hartford.

"I felt prepared because it was like a crash course in how to become an NFL coach," Ragone said.

Next, Ragone went directly to the big leagues. Palmer took him to Tennessee to coach the Titans' receivers. Then it was on to the Redskins, to work with McVay and Gruden, for one season.

Ragone began his 5-season run with the Bears in 2016. That was a great spot to learn about talk show and social media criticism.

The 2021 season will be his first shot to coordinate an offense since Kentucky Country Day. Atlanta slumped to 4-12 last season, finishing last in the NFL South. That led to the dismissal of head coach Dan Quinn, who took the Falcons to Super Bowl LI during the 2016 season.

Football is a relationship business. The Falcons replaced Quinn with Smith. Ragone and Smith worked together with the Titans for three seasons. Ragone said they share many philosophies.

"The process will be setting the table for the play caller, who will be the head coach," Ragone said.

"It's making sure that he's got his call sheet the way he wants it, so he's prepared to call the game."

Throughout his career, Ragone has kept notebooks about how to build an offense and attack a defense. He has kept a mental list of motivational tricks, the ones that inspired him to work harder as well as the ones that he promised himself that he would never use.

What will the Falcons attempt while trying to rebound in a division that features the Super Bowl champion Tampa Bay Buccaneers, Carolina and New Orleans?

"You want to be good at what you want your identity to be, so you can hold your hat on it," he said.

"It's the illusion of sophistication. So it looks like you're doing a lot of things to the defense but the reality is that you're just dressing up your core stuff, over and over and over.

What's going on with Ragone, of course, is reaching a prime destination that he could not envision when he put on his visor and grabbed his first whistle at KCD a dozen years ago.

Dave Ragone is one of 32 offensive coordinators in the National Football League, competing against the best of the best.

Achieve big things in Atlanta and you never know what could be next?

"I still talk to some of those KCD players, parents and coaches," he said. "I don't think any of us thought, fast-forward 12 years, where anybody is at, let alone what I'm doing.

"Just fortunate is the word I use most often with this position. You never know in this business. There are a lot of turns to navigate with your career. I'm just fortunate to be in this situation, honestly."