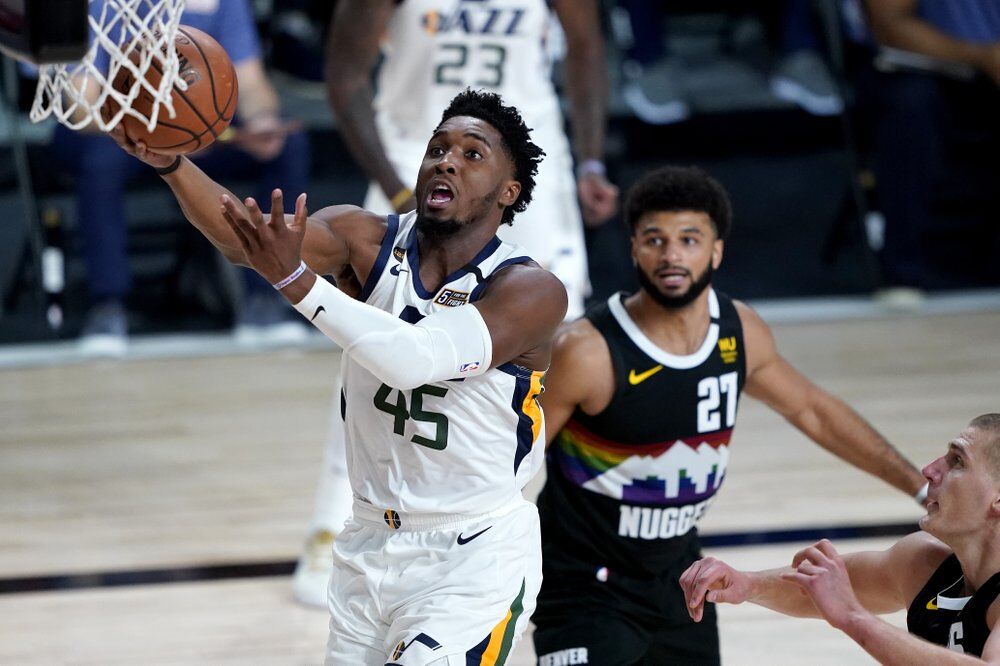 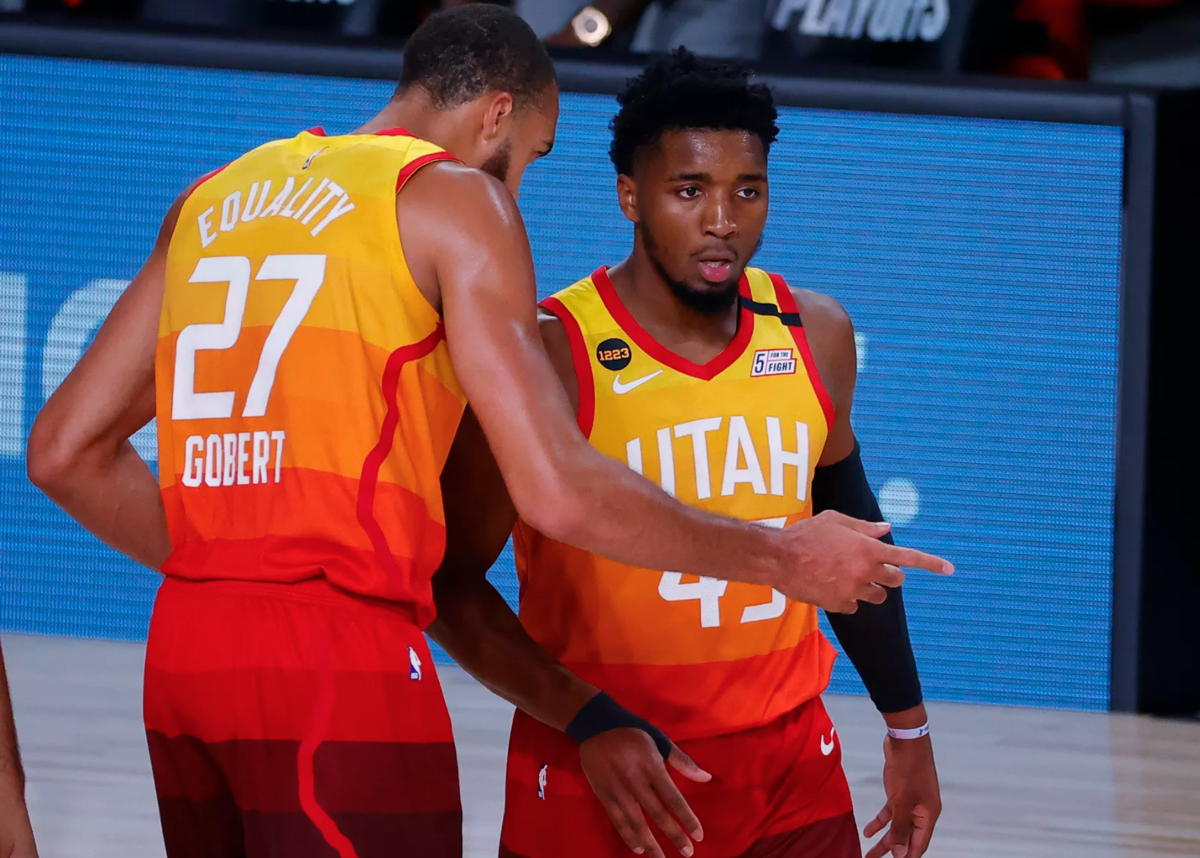 LOUISVILLE, Ky. (WDRB) -- Donovan Mitchell has a chance to become the best NBA player produced by the University of Louisville — and a $170 million player.

No, I have not forgotten that Wes Unseld won an NBA title, the MVP and Rookie of the Year in the same season and earned induction in the Naismith Basketball Hall of Fame.

I adored Unseld, who died in May, and his Old School sensibilities. Unseld is the gold standard. He’s the guy who deserves a statue in his hometown.

No, I am not overlooking Butch Beard, Darrell Griffith, Junior Bridgeman, Rodney McCray, Derek Smith or any former Cardinal who enjoyed considerable success in the pros.

But Mitchell’s relentlessly passionate performance during the restarted NBA playoffs as well as what he achieved during his three seasons in the league have shown that he is headed directly to the top of the list.

"I think the second coming, a 2.0 version of Dwyane Wade has arrived."—@stephenasmith on Donovan Mitchell pic.twitter.com/XPFJMng7vz

Mitchell just averaged 34.6 points during the seven-game opening round series the Jazz lost to Denver. He followed Michael Jordan and Allen Iverson as the third player to score 50 points twice in the same playoff series.

Not bad for a guy selected 13th in the 2017 NBA Draft, behind Luke Kennard, Malik Monk and Markelle Fultz.

Nobody from that 2017 draft class has scored more than the 5,100 points that Mitchell has scored in three seasons for Utah. He made 33 of 64 three-point attempts against the Nuggets. Put down your calculator and raise a toast. That’s a ridiculous 51.6%.

Not bad for a recruit who was ranked No. 29 in the class of 2015, behind Skal Labissiere, Diamond Stone, Stephen Zimmerman and Isaiah Briscoe, in part, because critics said Mitchell had a shaky jump shot.

Former U of L coach Rick Pitino should issue an apology for giving Mitchell only five starts during his freshman season and limiting him to 15.6 points per game as a sophomore. Mitchell was underutilized as a Cardinal.

There were nights during the playoffs when Mitchell scored more than 15 points in a quarter.

He showed he is absolutely more than a deep shooter. The guy attacks, too. Who gets to the line 58 times in seven games? Who makes 55 of 58 (nearly 95%) when he gets there?

And, after it ended Tuesday evening in Orlando, Florida, with a game seven, 80-78 loss to Jamal Murray and the Denver Nuggets, Mitchell punctuated his performance by reaffirming his commitment to social justice issues that have become his passion.

“The pain that’s on my face right now and the way I feel, I can only imagine what’s going through these victim’s families,” Mitchell said after the defeat. “This is a game. People lost their family members to police brutality and racism and s**t. I can only imagine. I just wanted to get that out there. The way that I’m feeling is nothing compared to that.”

Don’t forget that before the playoffs resumed, Mitchell was featured in the national talking points about COVID-19. It was his Utah teammate, Rudy Gobert, whose positive test began the NBA shutdown that triggered the stoppage in all sports.

Mitchell tested positive, too. The narrative early in the summer was Mitchell was so perturbed with Gobert there were legitimate questions the two could exist in the same locker room.

They existed. They thrived — at least for four games as Utah built a 3-1 series lead.

The Jazz could not finish the assignment. They need more pieces to ascend to the top row in the Western Conference.

But Mitchell will not be leaving Salt Lake City. Chris Haynes of Yahoo Sports reported Wednesday that Mitchell and the Jazz are finishing a maximum contract extension that projects to be worth about $170 million over five seasons.

Utah has never won a league title. Twice they made the Finals during the Karl Malone/John Stockton Era. Twice they were turned away by Jordan and the Chicago Bulls.

The Jazz have determined their next championship push will be driven by Mitchell, who looks driven to become the best NBA player the U of L has produced.