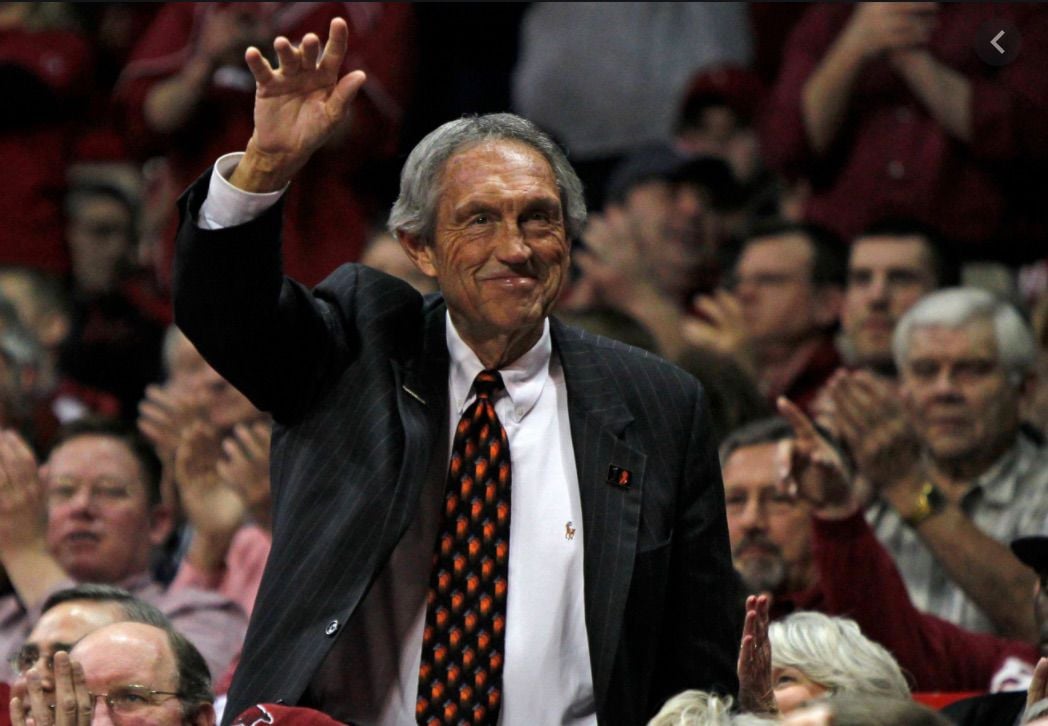 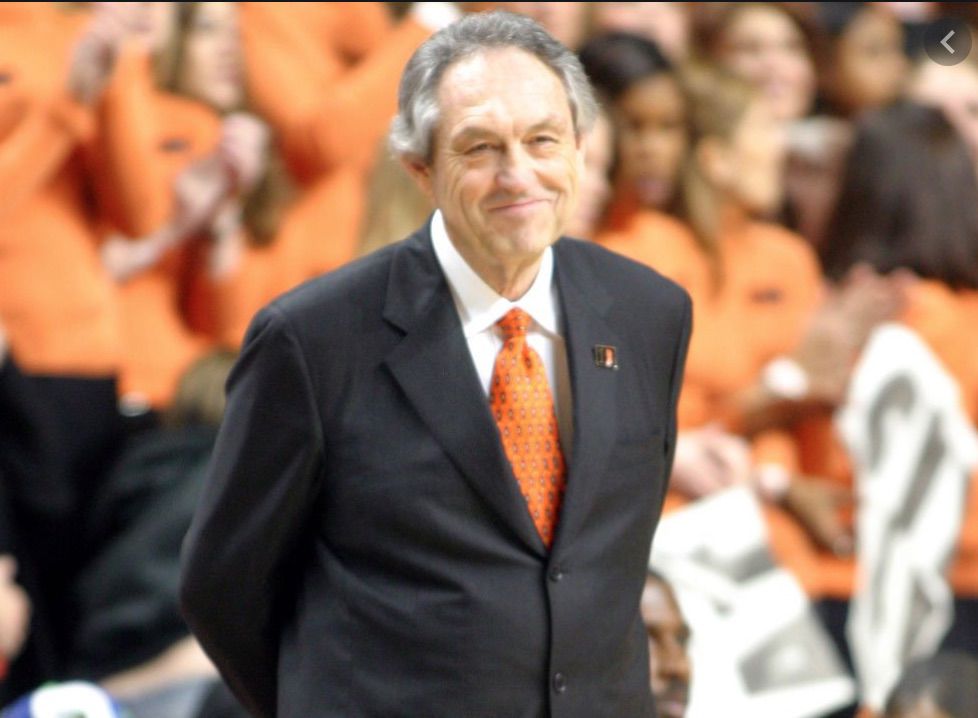 Former Kentucky coach Eddie Sutton will be inducted into the Naismith Basketball Hall of Fame later this year.

Former Kentucky coach Eddie Sutton will be inducted into the Naismith Basketball Hall of Fame later this year.

LOUISVILLE, Ky. (WDRB) — Crawled was the verb that Eddie Sutton chose to describe how he would have traveled from Arkansas to Lexington when the University of Kentucky offered him the job to coach its men’s basketball team in 1985.

That word, crawled, as well as Sutton’s sparkling record at Arkansas and Creighton ignited predictions that Sutton would join Joe B. Hall, his predecessor, and Adolph Rupp in the National Champions Club at UK. That word, crawled, also stirred grumbling in Fayetteville.

It wasn’t long before there was grumbling in Lexington, too. Instead of stretching a decade or two, Sutton’s career at Kentucky lasted four seasons, from 1985-to-89.

He did not leave with a national championship or even a Final Four.

Sutton left without a job.

There was an NCAA scandal that left the program with a 13-19 record and harsh probation.

In Louisville, Sutton was known as the guy who infuriated Cardinals’ fans by calling their program “Little Brother,” even though U of L won the national championship in 1986, Sutton’s first season at UK.

C.M. Newton and Rick Pitino were summoned to clean the mess that Sutton and his staff created.

At that point, the spring of 1989, nobody predicted Eddie Sutton would finish his career at the Basketball Hall of Fame in Springfield, Mass.

But he did. Sutton got there the old-fashioned way. He earned it.

While there is joy that the Hall recognized the totality of Sutton’s considerable career, the moment will also be melancholy. Eddie Sutton died Saturday night. He was 84.

The Hall of Fame ceremony will be without Bryant, who died in a helicopter crash earlier this year, and Sutton.

The encouraging news is that Sutton experienced the joy of knowing the basketball world respected the determined work he did while winning 806 games at five schools, directing four programs to the NCAA Tournament and two (Arkansas and Oklahoma State) to the Final Four.

The man knew basketball, especially defense and shot selection, as well as anybody. He consistently credited his mentor, the legendary Henry Iba. His respect for the game was immense.

There is a reason that Arkansas named its practice facility for Sutton and that at Oklahoma State the Cowboys play on Eddie Sutton Court. Sutton made a difference. Eddie Sutton mattered.

My family and I want to express our condolences to the Sutton family. Coach Sutton was a special Coach, father figure, friend, and he will be forever missed!!! pic.twitter.com/TxPN1g6ZYI

Sutton’s players credited him for the towering roles he played in their lives. Confirmation was easy to find on social media after the news broke of Sutton’s passing.

Those were not Eddie Sutton’s biggest triumphs. Battling alcoholism and bouncing back from the Kentucky debacle were.

“People today in our country know a lot more about alcoholism, but there’s still people that don’t know what the disease is, how it affects someone as a person,” Sutton said during his retirement news conference.

Sutton refused to let the demons win. After the scandal at Kentucky, Sutton spent one season out of the game before Oklahoma State, his alma mater, gave him the opportunity to make it right.

Make it right, he did.

After advancing to the NCAA Tournament only three times in 33 seasons. OSU made the NCAA 13 times in 16 seasons in Stillwater, including trips to the Final Four in 1995 and 2004.

Sutton transformed Oklahoma State basketball from a footnote into a program with a footprint, just as he did at Arkansas.

Sutton’s 1978 Arkansas team was a joy to watch. Sutton was one of the first coaches comfortable playing with a smaller lineup — nearly a decade before the introduction of the three-point shot.

His Triplets — Sidney Moncrief, Ron Brewer and Marvin Delph — all stood 6 feet 4 and were all products of Arkansas high school basketball.

Kentucky’s 1978 national championship team stopped Arkansas by five points in the Final Four, but that was the moment Sutton moved on to UK’s radar.

Eddie Sutton was a fascinating and complicated person. He also was an unbelievable teacher of the game of basketball. I was fortunate and lucky to have learned from him. Grateful.Hall. Of. Famer. Thanks, Coach Ed. Rest.🏀🌎❤️🖤 pic.twitter.com/bfIk7fm1xd

Seven seasons later he became the Kentucky coach. His best UK team was his first team, a squad led by Kenny Walker that won 32 of 36 games.

The Wildcats were ranked third in the nation and in line for a Final Four game against Louisville until they lost (59-57) to an unranked Louisiana State team that the Wildcats defeated by 2, 11 and 3 earlier that season at the Elite Eight in Atlanta.

Louisville dispatched LSU by 11 and then handled Duke to win the Cardinals’ second national title.

Several years later it all came apart for Sutton. An express mail envelope addressed to a Kentucky recruit popped open with $1,000 in cash inside. Although Sutton always maintained that he was set up, that wasn’t how UK administrators or the NCAA saw it.

Kentucky changed its entire coaching staff and earned three seasons of probation that excluded the program from the NCAA Tournament for two seasons and from live television for one.

Not many coaches could have overcome that. Eddie Sutton did.

Sutton won at programs where winning wasn’t always the narrative. His struggles stopped him, but they did not defeat him. Sutton confronted them — all of them — and earned his spot in the Hall of Fame.