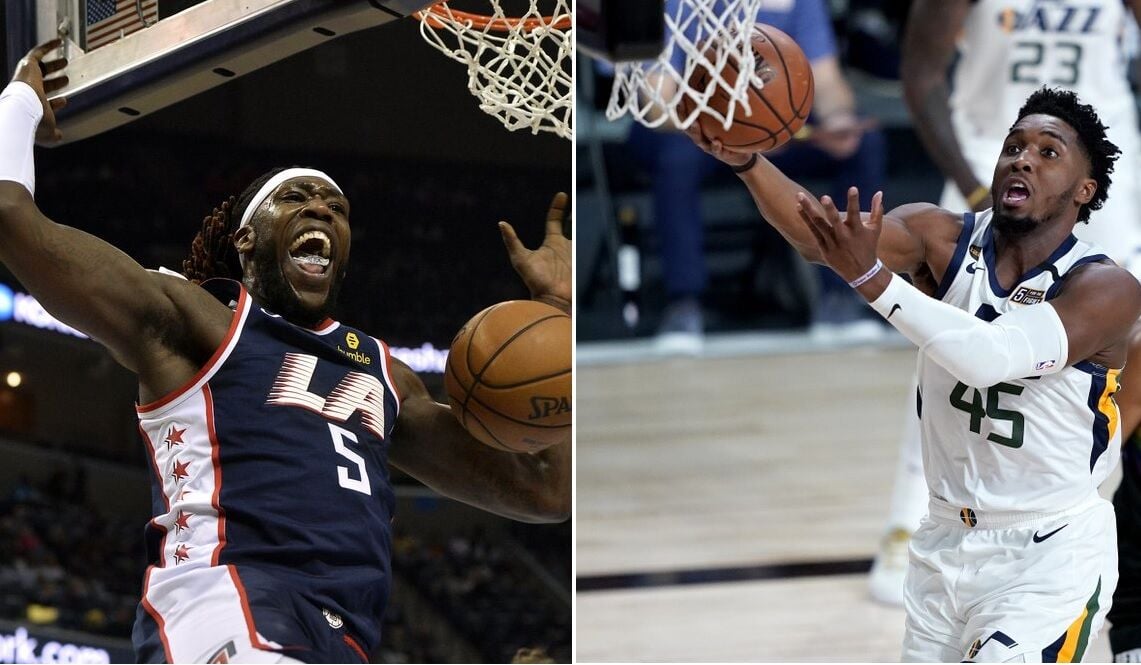 Former Cards Montrezl Harrell (left) and Donovan Mitchell were in the news during the NBA playoffs this weekend -- for different reasons. 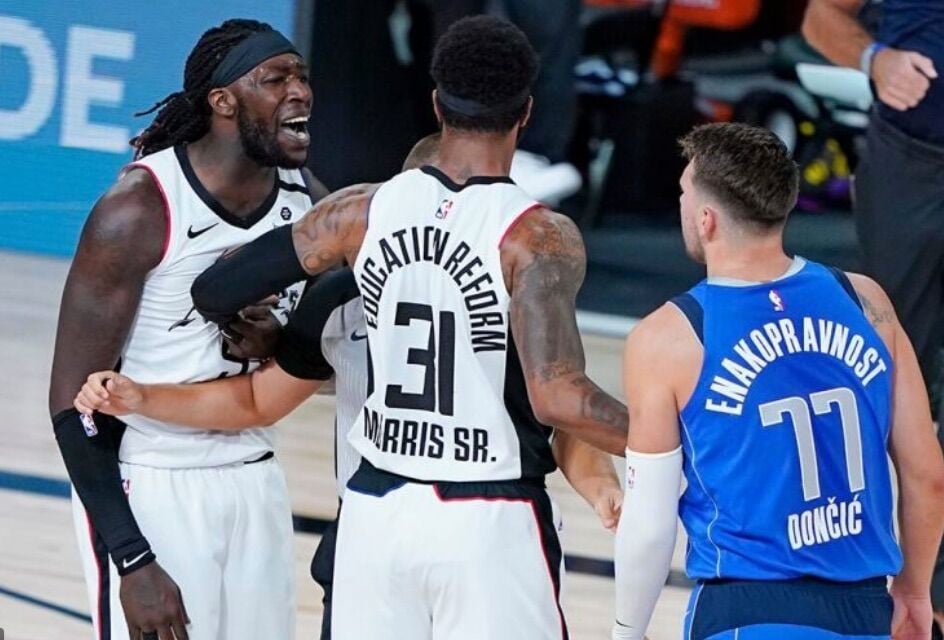 Former Cards Montrezl Harrell (left) and Donovan Mitchell were in the news during the NBA playoffs this weekend -- for different reasons.

LOUISVILLE, Ky. (WDRB) -- There are certainly college basketball programs with more players bouncing through the NBA playoffs than the University of Louisville. No program gave people more to talk about last weekend than a pair of Cardinals.

You can start with Donovan Mitchell, who delivered one of those Best Player on the Planet performances that we saw during his two seasons as a Cardinal. But don’t forget Harrell, who did something as simple, but essential, as admitting he was wrong and extending his hand to Mavericks’ star Luka Doncic.

I’ll begin with Mitchell. He put his name on a list with Michael Jordan and Allen Iverson (Hall of Fame, Hall of Fame) by becoming the third player to deliver a pair of 50-point games in the same playoff series.

Take note: Mitchell is not finished.

The Jazz lead the Nuggets, 3-1, in their opening series. He had 51 points Sunday, less than a week after he put 57 on the Nuggets. That means Mitchell has at least one more shot to hang 50 on Denver. Mitchell has averaged 39 points in four games.

Even with his three-pointer that gave the Jazz a four-point lead in the final 54.1 seconds, Mitchell did not make the play of the day.

Harrell did — with the eager assistance of Doncic, whose play has rivaled Mitchell’s as the most compelling of round one.

Harrell scored two points. He grabbed one rebound. He played 17 minutes as Doncic and Dallas toppled Harrell and the favored Clippers for the second time in four games.

What Harrell did was more important than points, rebounds, winning or losing.

If gone get the story get it right all I ask, no one spoke wit me to do anything I approach him and cleared the air from all the outside nonsense that was being said. Nothing but respect for Luka he understood the heat of the battle and he said it didn’t bother him only RESPECT https://t.co/MOKlkT3CAH

What Harrell did was drain much of the venom from a Friday night toxic exchange Harrell had with Doncic. Harrell did it with a pre-game hug and apology with Doncic on Sunday.

Their Friday night exchange became a social media hurricane. Consider it another referendum on American race relations, the power of words, double standards and other tough topics that have percolated into the national conversation over this dreary summer. Sports has become more than only sports.

In case you missed it, the Mavericks-Clippers’ series has been spirited and heated. Los Angeles added Kawhi Leonard and Paul George last offseason and have been a trendy pick to win the NBA title.

Doncic and the Mavericks have made the Clippers earn everything. They’ve split the first four games in the best-of-seven opening round.

On Friday night, Doncic and Harrell had to be separated. Harrell tumbled to the court. Doncic accused him of exaggerating the fall. He called Harrell a “flopper.”

Harrell was not in the mood. Courtside microphones appeared to catch audio of Harrell calling Doncic, “a b$#@h—ass white boy.” Lip readers confirmed that is what Harrell said.

As you can imagine, lines were drawn. The backlash was swift — as was the defense of Harrell.

The rules are changing. The NBA has encouraged a dialogue about racial awareness. How do the words that Harrell delivered pass the sensitivity and respect test?

They don’t. They were needlessly divisive. Unnecessary.

White boy will never approach the n-word as a purely vile slur. It doesn't equate to systemic racism or the conflicts between Black Americans and law enforcement personnel.

But it’s not something Harrell should have said. He created an opening for critics to blast the NBA for not demanding a more complete intolerance of racial insults.

Jay Williams of ESPN and Gary Sheffield Jr. of Outkick the Coverage said that if Doncic had delivered a racial insult at Harrell, the punishment would have been substantial and harsh. Williams and Sheffield are African American.

“I can only imagine if Luka Doncic had said something like that to (Harrell) and it got caught on tape,” Williams said. “I can only imagine, during Black Lives Matter, how much of a big deal it would have been, considering today’s climate.

Wrote Sheffield, “The solution here is simple, even if many won’t like it: the NBA has to suspend Montrezl Harrell and send a message that race-based derogatory comments like his on the basketball court won’t be tolerated.

"The NBA has already set this precedent with gay slurs on the court, why not with racial-based insults as well?”

Hasn’t happened. Likely isn’t going to happen. Not in the NBA, which quivered at the idea of criticizing human rights abuse in China last fall.

The NBA has been disappointingly mute — other than saying it addressed the situation with Harrell and that he apologized.

He did apologize, on the court.

Credit Harrell for admitting his mistake and apologizing to Doncic before Game Four.

Harrell has a temper. He showed it during a dust-up at Western Kentucky in 2014 that resulted in his ejection. He showed it in another game against Miami when he slammed a basketball in the face of a Hurricanes’ player in 2015.

Credit Doncic for accepting the apology and turning the discussion back to his game-winning shot against the Clippers.

Case closed? Unlikely. Not in these times.

But maybe Harrell’s apology will serve as the latest reminder that words matter — and it will allow the spotlight to return to players like Donovan Mitchell.