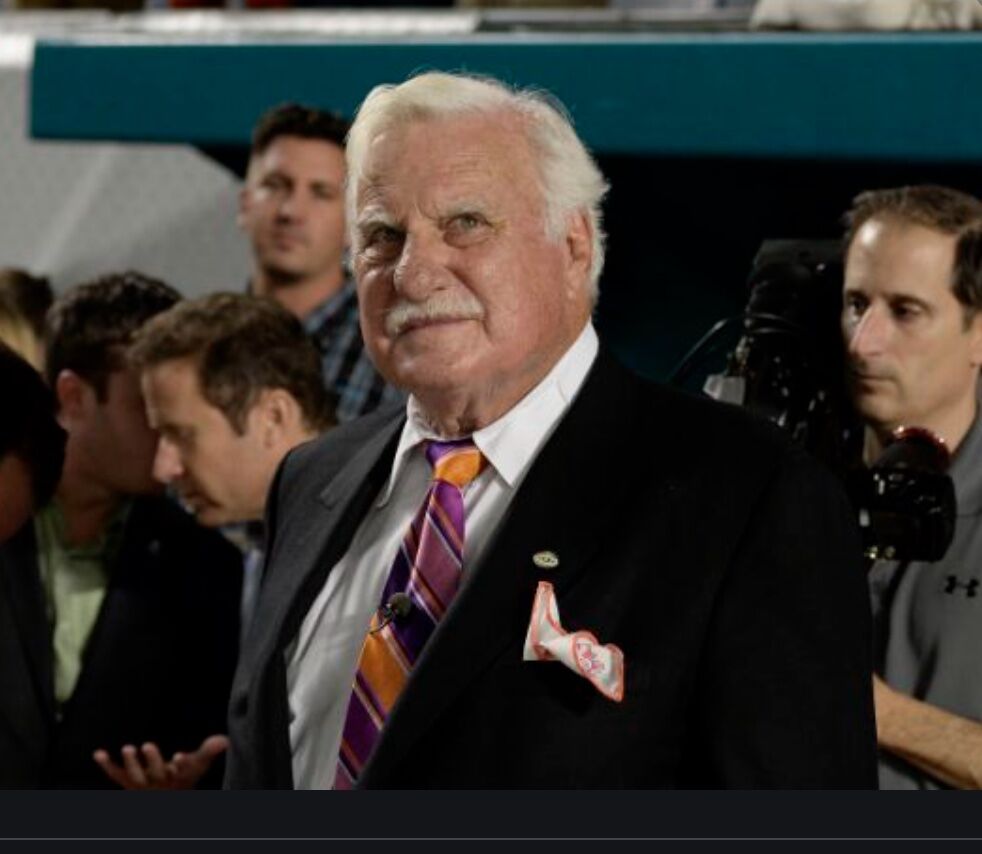 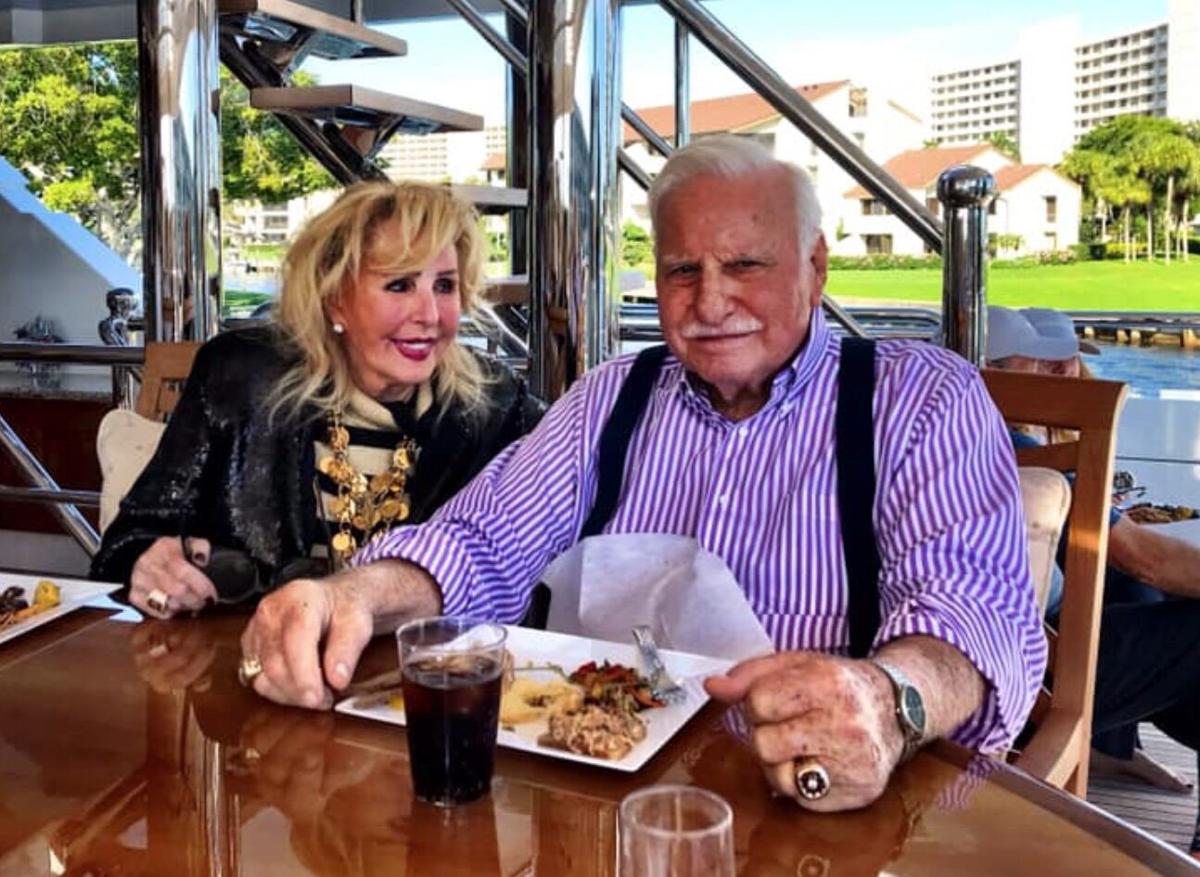 It was a direct call placed by the coach, not by his office assistant.

"Where were you today?" That was the first question.

"Why weren’t you at practice?" That was the second question.

Truth be told, I was writing a column for the Louisville Times. It was blazingly hot, oppressively humid and I rarely carved two hours into my schedule to watch football practice.

I didn’t tell Schnellenberger that. I likely said I was working on something else. I might have laughed.

"Well, I just wanted you to know the New York Times, Miami Herald, Chicago Tribune and the St. Louis Post-Dispatch were all at practice today and I didn’t see the Courier-Journal or the Louisville Times here," Schnellenberger said.

Odds are that I laughed at that one.

I’m sure that I hung up the phone and called my friend Russ Brown and told him about the wacky call I got from the new Louisville football coach.

Brown and I laughed about that story again this morning, not long after we heard the sad news that Schnellenberger, 87, had passed away in south Florida, a result from a fall he suffered last year at his home near West Palm Beach.

He made football matter in Louisville and across Kentucky more than it ever mattered before.

Here is a short list of things that would not have happened without Howard Hyperbole:

The new Louisville football stadium; U of L’s upgrade to the Big East and Atlantic Coast Conferences; trips to the Fiesta, Orange and Sugar bowls; Lamar Jackson’s Heisman Trophy and the annual series with Kentucky. I could certainly go on.

Schnellenberger watched the community celebrate the 1986 NCAA title that Denny Crum won with the Louisville men’s basketball program and told me that when Louisville won its first football national title the party would be larger, longer and louder.

You know, the "We’re on a collision course with a national championship. The only variable is time," speech.

Schnellenberger was the first to believe. He made everybody believe that football at the University of Louisville mattered.

He accepted the job at the University of Louisville merely months after the Cardinals lost to Murray State, Indiana State and Tennessee State during the 1984 season and convinced the area that he knew the way to make this area live, sleep and breath football.

He did it at the urging of the friends he made while excelling at Flaget High School and then at the University of Kentucky. Gov. John L. Brown, U of L athletic director Bill Olsen and local businessman Malcolm Chancey knew that only Schnellenberger could deliver on the vision they had for Louisville football.

And Schnellenberger did know the way — at a place where in his early seasons his players had to step around animal droppings on their way to practice at the Kentucky Fairgrounds during the State Fair.

Knew the way at Miami, where he would have won a half-dozen national championships but settled for one in five seasons before departing for another challenge.

Knew the way at Louisville, where he took a program that was this close to being de-emphasized and beat Alabama, Texas, Michigan State, North Carolina, Virginia, Pittsburgh, Virginia Tech and Boston College over 10 seasons.

Knew the way at Florida Atlantic, where he started with absolutely nothing and left with a 30,000-seat stadium as well as a job that appealed to Lane Kiffin and Willie Taggart.

His overall winning percentage of .511 disqualifies him for the College Football Hall of Fame. That is an embarrassment to people who administer the Hall, not to the dazzling work Schnellenberger did to create something from nothing at three programs that were gasping for recognition when he took charge.

Some of it was bluster. After that introductory phone call, I remember checking about those four papers that Schnellenberger said were in town.

I believe one had actually sent a reporter to Louisville. Two others had written stories off phone calls. The other didn’t know anything about what Schnellenberger was talking about.

That was not the point.

The point was it was time to take football seriously. Hyperbole was part of Schnellenberger’s unflappable schtick, as much as his trademark pipe. He regularly removed his Miami Hurricanes national championship ring and his Miami Dolphins Super Bowl ring and dropped them on the kitchen table of prospects that he was recruiting.

Behind the bluster was a football coach who built the Louisville football program the old-fashioned way.

Recruit by recruit. Schnellenberger was ahead of the curve on taking transfers and finding overlooked prospects from the most advanced high school programs in Florida and Georgia. He made it cool for local prospects like Greg and Jeff Brohm, Carwell Gardner and Mark Sander to play at Louisville. Guys from Paducah and other spots in Kentucky soon followed.

Season by season. Game by game. Practice by practice. Repetition by repetition.

That’s one reason Schnellenberger wanted media members at practice, so they could develop an appreciation for him working his craft.

Long after Schnellenberger retired at Florida Atlantic, we’d talk on the telephone every few months. Although we battled at times, I told him I missed working with coaches like him, coaches who did not treat the media as if they were trying to steal state secrets and share them with a foreign power.

He laughed at the paranoia that surrounds the game today. His Louisville practices were never closed. Schnellenberger liked to say there were hundreds of videos that showed the way his teams ran their favorite plays.

If his players did what they were supposed to do, the play worked. If his players failed to do their jobs, the play did not work. Nothing leaked by a media member would change that.

Howard Schnellenberger could scout, develop and coach. He could also change the culture — and absolutely did.