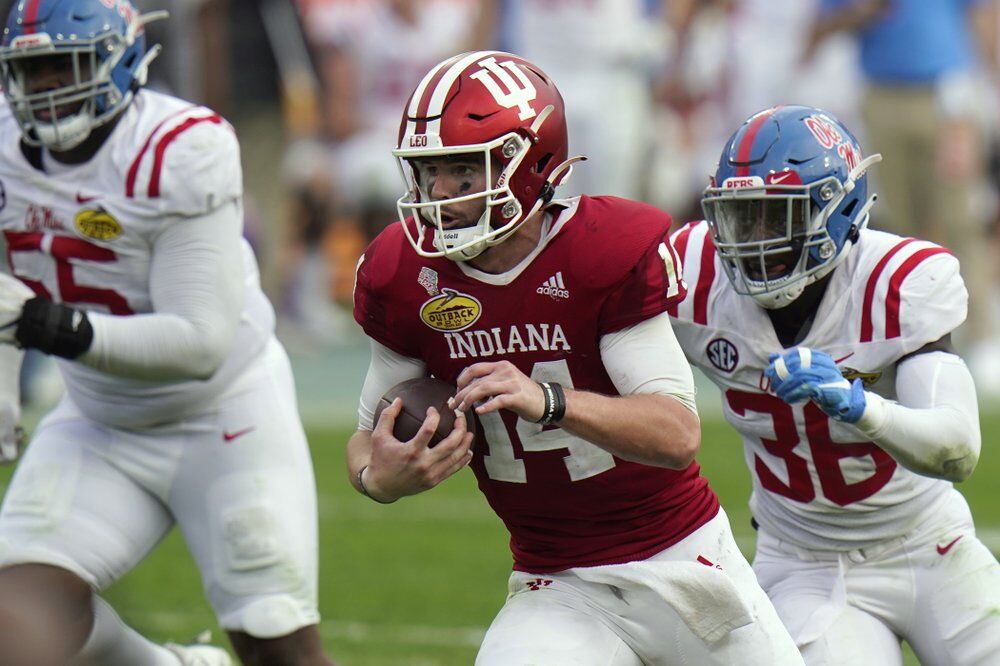 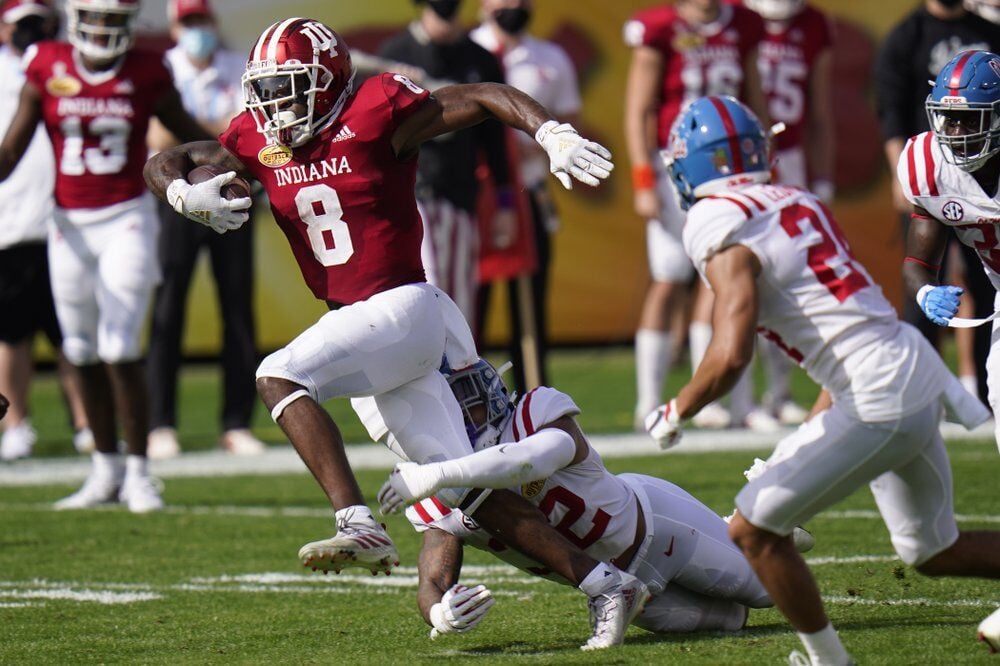 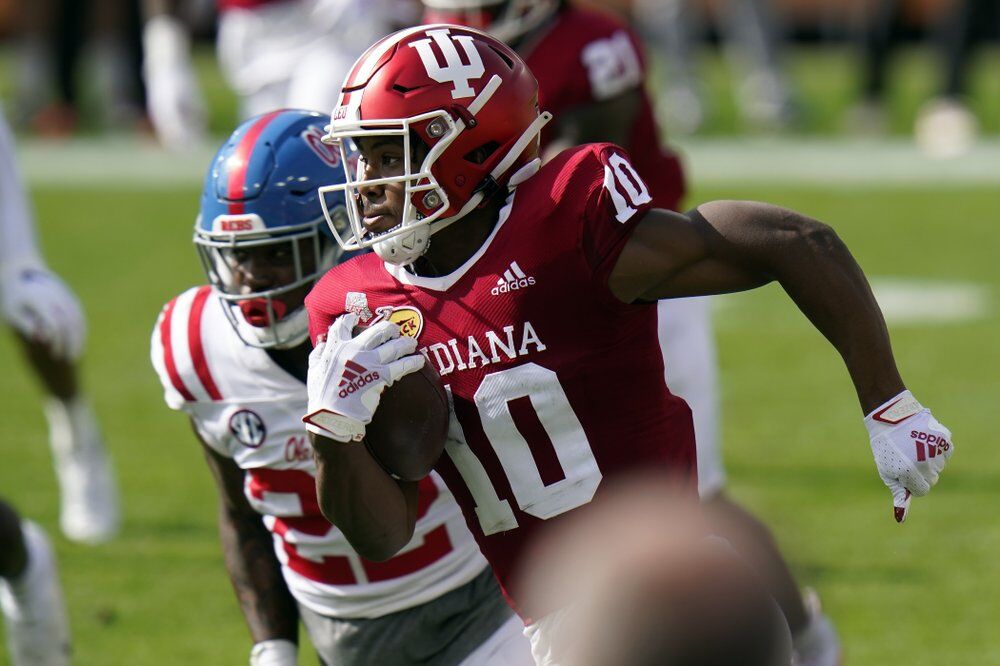 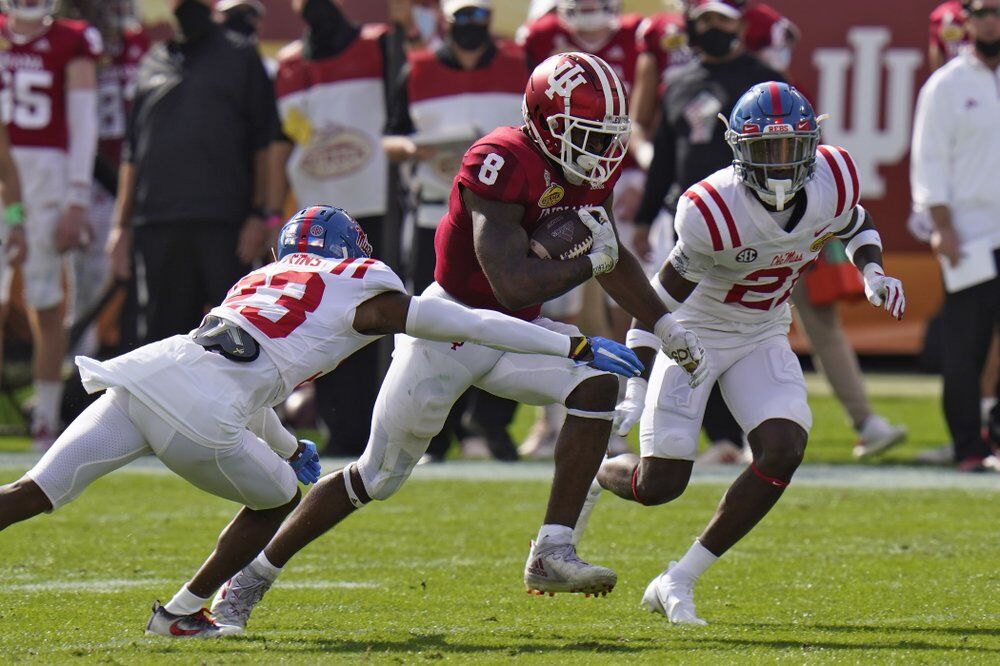 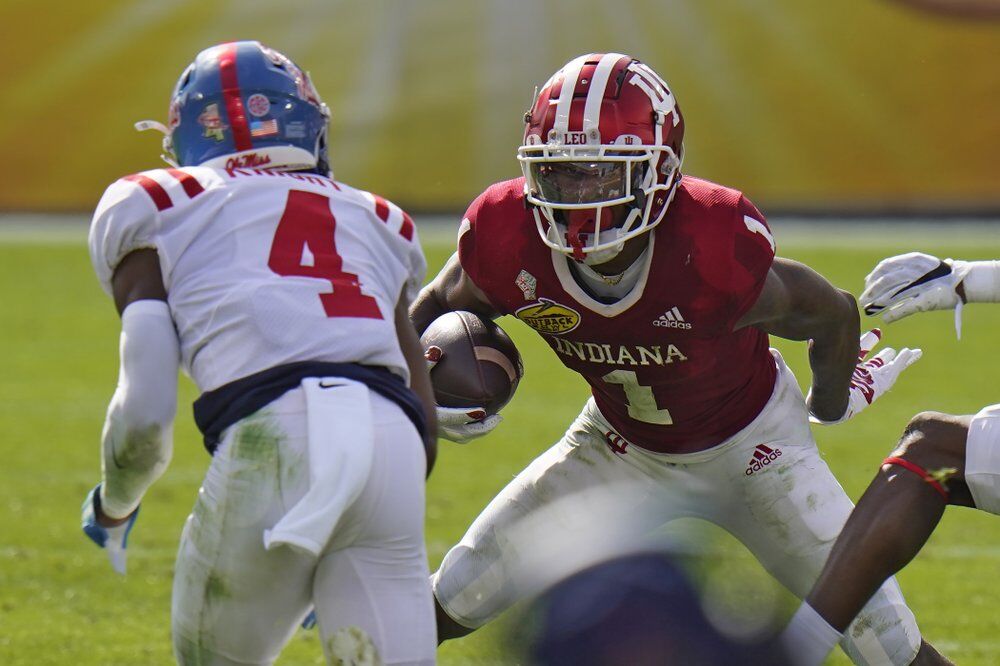 LOUISVILLE, Ky. (WDRB) — In the end, it wasn’t the College Football Playoff committee, the Big Ten league office or other troublemakers who poured dishwater on Indiana’s bloomin’ onion Saturday.

Indiana did it to Indiana.

The Hoosiers bowl pedigree threw the program for a loss -- again.

They went to the Outback Bowl in Tampa, Florida, and played the way the program has played in the previous (five) bowls trips IU made the last three decades — shaky enough to lose, 26-20, to an Ole Miss team that lost five of nine Southeastern Conference games.

In a season when the Hoosiers ended long losing streaks against Michigan and Wisconsin while surging to No. 7 in the Associated Press Top 25, their streak of bowl defeats, now at six, was a streak they were not good enough to end.

"This one is going to hurt for awhile," IU coach Tom Allen said. "When you fall short, you have to take it like a man ... it's going to hurt and it should hurt."

"We didn't play our best," IU quarterback Jack Tuttle said. "We just have to be better."

"It's a heart-breaking loss for sure," said IU kicker Charles Campbell, whose two field goals were the only points the Hoosiers scored in the first three quarters.

There's your story: An Indiana team that put 35 points on Ohio State and 38 on Michigan could not score a touchdown until the fourth quarter against Ole Miss.

Down 20-6 in the second half, Indiana rallied with two touchdowns in the fourth quarter to tie the game.

But the Rebels regained the lead in six plays, ensuring that Indiana would never lead.

Indiana had one more possession and drove to the Ole Miss 33. But its season ended with an incomplete pass on a play that Allen wanted to cancel with a timeout.

No timeout. No comeback. No bowl victory — again.

Sliding to a 6-2 finish, Indiana was out-gained by 124 yards and outplayed for most of four quarters. The Hoosiers finished with 369 yards and 20 points against an Ole Miss defense that averaged giving up 536 yards and 40 points over nine games.

The 20 points were the fewest the Rebels allowed this season -- and the second fewest that Indiana scored.

The Hoosiers seemed reluctant to run the ball against one of the worst run defenses in America. Passing was the formula that IU offensive coordinator Nick Sheridan preferred — even after Tuttle played at least the last three quarters with stinging pain in his right throwing shoulder. Strange. And ineffective.

"I could tell something was up," IU linebacker Micah McFadden said "But I don't know that anybody knew (his shoulder) was out of place."

Tuttle said that he did not remember precisely when he sustained the injury, one that Allen said was a separated shoulder.

Tuttle completed 26 of 45 passes for 201 yards with one interception but no touchdowns.

His final four plays were especially troublesome. After moving the Hoosiers to the Ole Miss 33 with less than 2 minutes to play, he made a bad read and threw a sideline pass to Whop Philyor that resulted in a 2-yard loss. He followed that by losing six yards on a sack instead of throwing the ball away. Back-to-back completions finished his day.

Tuttle, remember, became IU’s starting quarterback after Michael Penix Jr. suffered a season-ending knee injury last month against Maryland. This was only Tuttle’s second career start — and it looked like it.

The Hoosiers played defense as if they weren’t ready for how fast Ole Miss played on offense.

In Matt Corral, the Rebels have a terrific quarterback. Lane Kiffin, the Ole Miss coach, is a creative play-caller. Corral threw for 342 yards and two scores and also ran for 37 yards.

"Their tempo is really the hard part," Allen said. "We rely so much on disguising things. It's hard to do because you're just trying to get lined up."

Indiana entered the game ranked 11th nationally in creating turnovers with 20 but the Hoosiers were unable to force a fumble or an interception.

"We needed a takeaway," Allen said. "Not having one is just not how we've been successful."

It wasn’t the finishing act that Indiana needed to deliver after the noise they made about being left out of the New Year’s Six bowl games by the CFP committee.

It wasn’t a great final memory for a program that left the Big Ten patch off its Outback Bowl uniforms, but denied that was done to spite the league for favoring Northwestern for the Citrus Bowl.

Here is one thing that cannot be denied: This was Indiana’s least-inspiring performance all season, especially on offense. But after beating Penn State, both Michigan schools and Wisconsin, the Hoosiers should finish the season ranked in the final AP Top 25 for the first time since 1988. Back-to-back winning seasons and bowl games are also shift for IU football.

"This has been a season for the ages," Allen said.

Even if it lacked an ending for the ages.