Biden to give away 400 million N95 masks starting next week 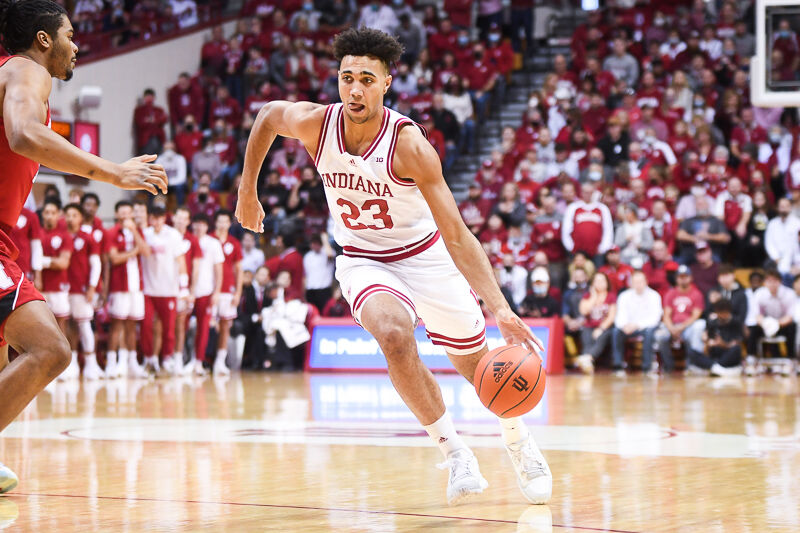 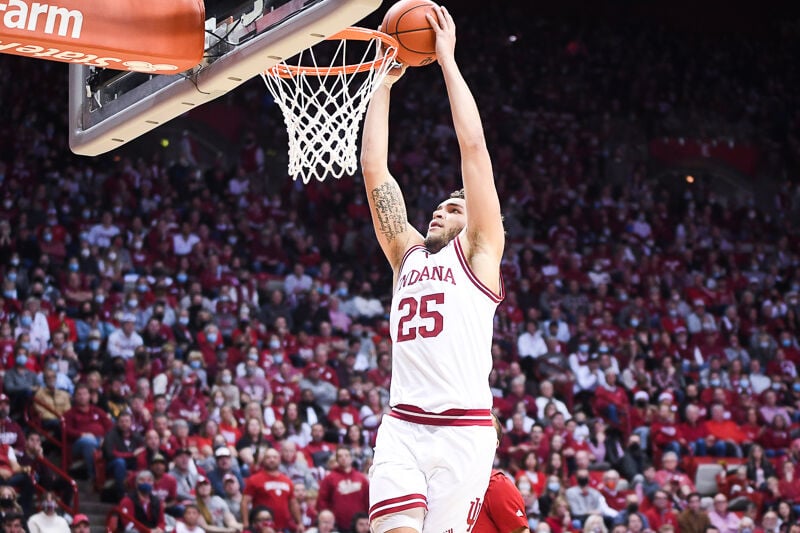 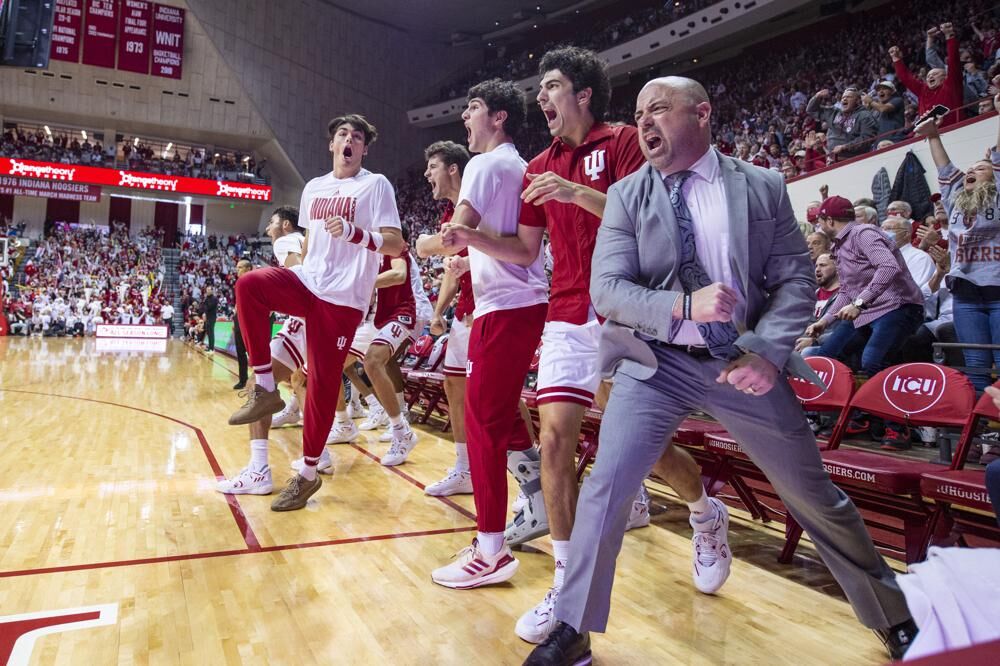 Indiana players and staff reacts on the sideline during the second half of a NCAA college basketball game against Nebraska, Saturday, Dec. 4, 2021, in Bloomington, Ind. (AP Photo/Doug McSchooler) 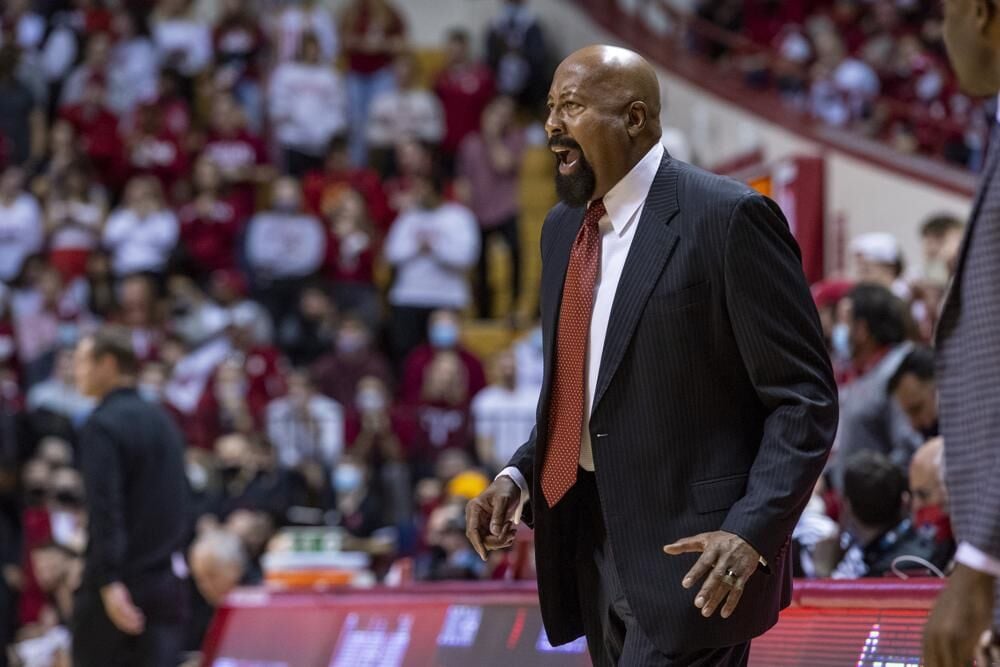 Indiana players and staff reacts on the sideline during the second half of a NCAA college basketball game against Nebraska, Saturday, Dec. 4, 2021, in Bloomington, Ind. (AP Photo/Doug McSchooler)

BLOOMINGTON, Ind. (WDRB) — Trayce Jackson-Davis will get votes for the best basketball player in the Big Ten. Many, many votes.

Jackson-Davis remains a constant double-double, capable of scoring 43 points one night, grabbing 16 rebounds the next and sometimes blocking seven shots. He's the second-leading scorer in the Big Ten, a guy who scored 43 against Marshall and 31 at Syracuse in his previous two games.

Every coach in the Big Ten knows that, too. Especially a coach like Fred Hoiberg of Nebraska, who has NBA coaching credentials.

Jobs one, two and three for Nebraska were to stop Jackson-Davis from overwhelming the Cornhuskers.

They pushed him off the block. They swarmed him with double-teams and the occasional triple team. They worked to take away his dominant left hand.

Nebraska was as difficult for Jackson-Davis as any game has been this season. In the first 3 1/2 minutes, Indiana’s best player had two turnovers as well as a missed layup. The plan had upset potential.

“We came out very slow,” Woodson said. “Not at all into the game. We were flat. It was the first time I’d really seen that.”

With less than eight minutes to play, Jackson-Davis had 6 points on two baskets and two free throws. Jackson-Davis played more than 23 consecutive minutes without a basket.

“He missed three or four bunnies around the rim,” Woodson said. “There’s going to be nights like that.”

Plot twist: Indiana figured out a way to respond to their double-time overtime defeat at Syracuse last Tuesday.

They got 6 three-point field goals from Tamar Bates (13 points) and Parker Stewart (9). They got the typical blast of blue-collar consistency from Race Thompson. They got across the board defensive grit.

“That’s what it’s all about, how we respond to adversity,” Bates said. “Trayce isn’t about what numbers are next to his name in the box score. He’s about winning.”

They did it with another formidable game by Thompson, who contributed 11 points and 11 rebounds without making a turnover.

They did it with a legitimate blast of adrenaline from the bench, especially by Bates, a freshman, and 12th man Anthony Leal. With Indiana trailing 14-4, the subs blew the smell of an upset out of the building.

They did by making eight shots from distance as well as 14 of 17 free throws, including their first 11.

“I had to change it up,” Woodson said. “I went to the bench and our bench was fantastic tonight.”

And, down the stretch, they did it with the usual tenacity from Jackson-Davis, who scored 8 of his team-high 14 points over the final 8 minutes.

There’s absolutely a different vibe in the building this season eight months after Indiana made the change to put an alumnus back in control of the program.

Tom Abernethy (1976), Jim Wisman (1976) and Joe Hillman (1987), three players who won national titles at IU filled seats behind the Hoosiers bench. They did not sit far from Gabe Cupps, a high school point guard from Ohio was has verbally committed to play for Mike Woodson in 2023.

Bates is the most fearless player Woodson has, especially among his underclassmen. If you thought he would stop launching shots from distance after Bates missed all 4 of his three-point attempts at Syracuse, you fail to understand his DNA.

“Shooters shoot,” Bates said. “I’m going to keep taking them. I can miss 10 in a row and I’m going to take the 11th. My teammates want me to stay confident and keep shooting.”

Bates took seven shots from distance and made three, a career best.

“Tonight he made three-pointers when we needed them,” Woodson said.

Before Saturday, Leal had played 24 minutes in seven games, most in the second half. Perturbed by his team’s defense and careless ball-handling, Woodson put Leal in the game after 8 1/2 minutes with the Hoosiers behind, 14-4.

Along with Bates, Leal helped Indiana get the game tied at 20. He found Bates on a nice run-out basket and followed it up by making a three-pointer, his specialty.

Nebraska shot 37.7 percent. Their point total (55) was the lowest of the season, 25 less than its average.

“I think the strength of our team is our defense,” Thompson said.

That strength will be tested Wednesday night when Indiana visits No. 23 Wisconsin, which won the Maui Invitational and improved to 7-1 with a victory against Marquette Saturday.

When Woodson played for Knight from 1976-80, Indiana won 5 of 8 games against the Badgers, including a pair in Madison. It wasn’t Mission Impossible — and Woodson can tell you why.

“I’m a true believer that if your defense is solid, it will keep you in ball games,” Woodson said. “Our goal this year is not to lose at home and try to figure it out on the road.”

Wednesday night will be a solid test case for that.

U of L renegotiates non-compete clause in Vince Tyra's contract

U of L renegotiates non-compete clause in Vince Tyra's contract