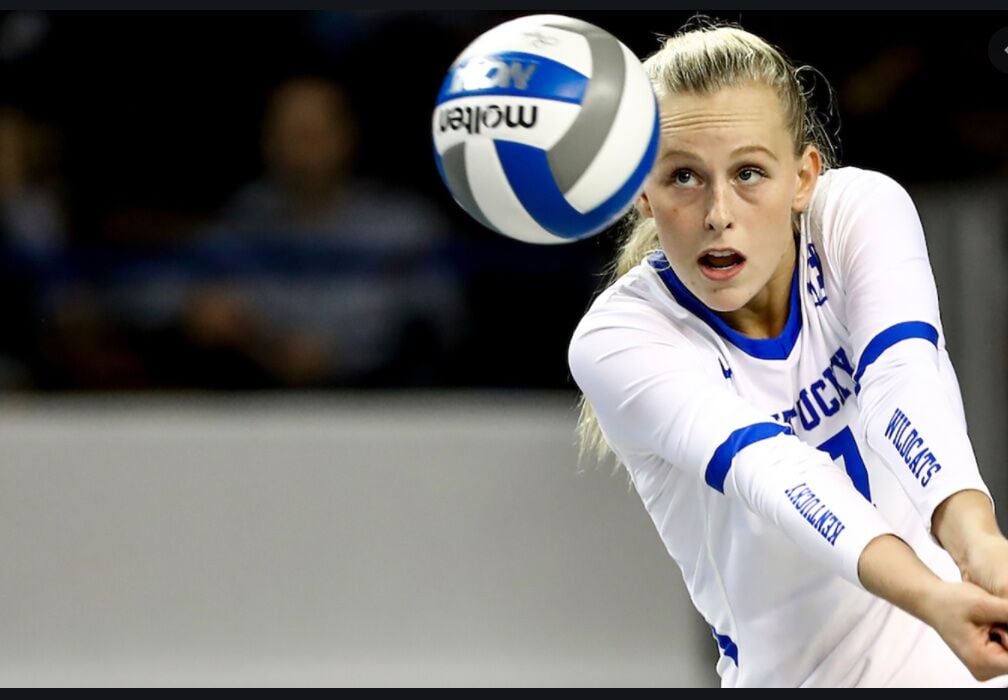 Alli Stumler of Floyds Knobs, Indiana has been a star of Kentucky's historic run to the Final Four of the NCAA volleyball tournament. UK Athletics photo. 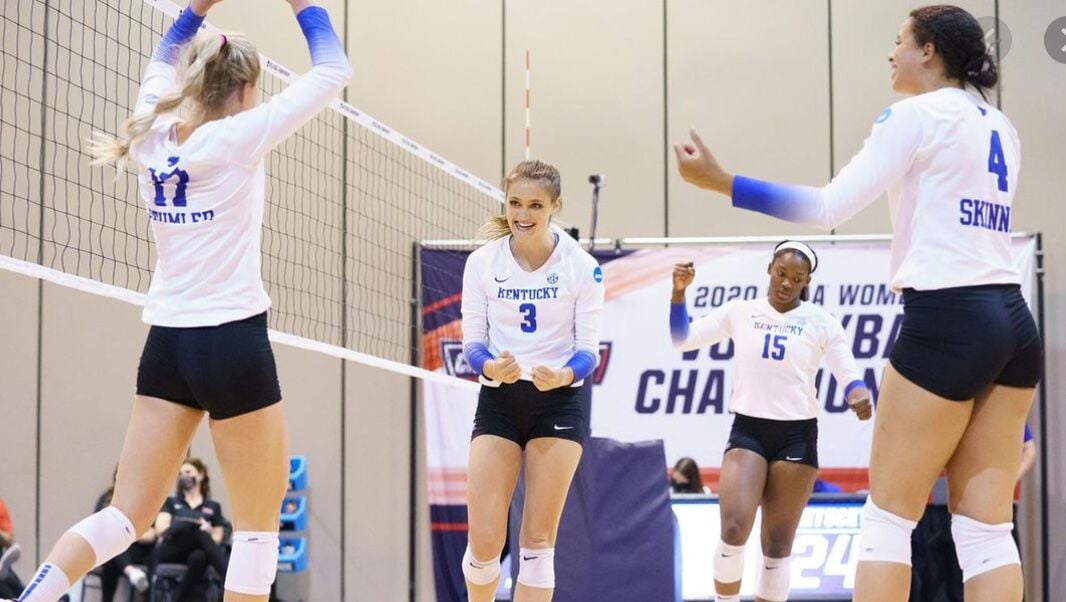 Alli Stumler of Floyds Knobs, Indiana has been a star of Kentucky's historic run to the Final Four of the NCAA volleyball tournament. UK Athletics photo.

LOUISVILLE, Ky. (WDRB) -- Here are several items that the record shows about the magic percolating around the University of Kentucky volleyball team in the NCAA Tournament:

No wonder Skinner told his players to enjoy the moment after Kentucky won its quarterfinal match against Purdue — 25-23, 25-20 and 25-16 — Monday night at the CHI Health Center in Omaha.

The calls. The emails. The texts. Enjoy it all as the Wildcats prepare to play Washington — the 6-seed in the national semifinals — Thursday at 7 p.m. ESPN will televise that match, with the winner advancing to Saturday's final.

“My thumbs are sore,” Skinner said.

“You have to enjoy it. I’m not going to tell our players not to be excited and enjoy this deal or try to suppress enthusiasm. That’s not what it’s about.

“We worked really hard to try to get to a Final Four, so we’re going to enjoy each moment we have together in the days ahead.

Hark work that has been 16 seasons in development for Skinner, the program’s all-time winningest coach. He took over in December 2004. His first team won 17 matches and made the NCAA Tournament.

He needed five NCAA trips to advance to the regionals. He waited eight more seasons to make a regional final. Now, Kentucky has powered into its first Final Four, confirming the Wildcats ranking as the tournament’s No. 2 seed.

Skinner has stretched his recruiting reach outside the Kentuckiana area, signing players from nine states: as far west as Texas, north as Wisconsin, south as Florida and east as South Carolina. Alli Stumler of Floyds Knobs, Indiana, and Lauren Tharp of Louisville (Mercy High School) are the local representatives.

This team has won 22 of 23 matches, including its last six. The Wildcats have swept 18 matches without losing a set.

“You have to have a base level of talent,” Skinner said. “That’s a given.

"To me, in our program, it’s not about volleyball. It’s about people. You’re only as good as the people around you.

“Every one of our players could care less if they had a great match or not last night. They were all about how we were going to do on the next point. So that’s a special quality this group has.”

As Kentucky cruised, Washington has been tested. All three of the Huskies’ NCAA wins have required five sets. Wisconsin and Texas, the teams scheduled to play in the second semifinal, have each won nine of 11 sets.

Important? Not to Skinner.

“I think you have to break it down into moments,” Skinner said. “The first set last night, if it goes in a different direction, who knows where we are?

“We knew the situation. We knew Purdue was playing really well. They got some breaks and had us down, five or six points. So even though we haven’t gone past three sets, we’ve been tested and challenged.

“If you look at the big picture of how many games we’ve played and how many sets or how many losses, you could point to a lot of different things and say, ‘Well, that compares to this and that might add up to that.’

“The comparison game to me is the slow painful death. We all year long have done a great job of staying in the present. That’s all we can do.

“Yeah, I can add up things and come up with a solution. But I don’t think it matters, to be honest with you.”

What matters is how the Wildcats perform against Washington, a program that won the 2005 NCAA title and represents the Pac-12, the league that won three of the last four national titles. Pac-12 programs have won 17 of the 39 NCAA titles.

“I’m loving every minute of this,” Skinner said. “This is awesome. I love working with our staff.

“You can’t seek happiness. Happiness is fleeting. Am I happy? Am I enjoying it? Yes. I think it’s more about fulfillment and working hard to achieve something or learning something or trying something new and challenging yourself. Those are fulfilling things.

“I think we’re going through a fulfilling moment and understanding how hard it’s been. At the end of the day, we’re going to look back and just smile ... How can you not feel good about where we are right now?”