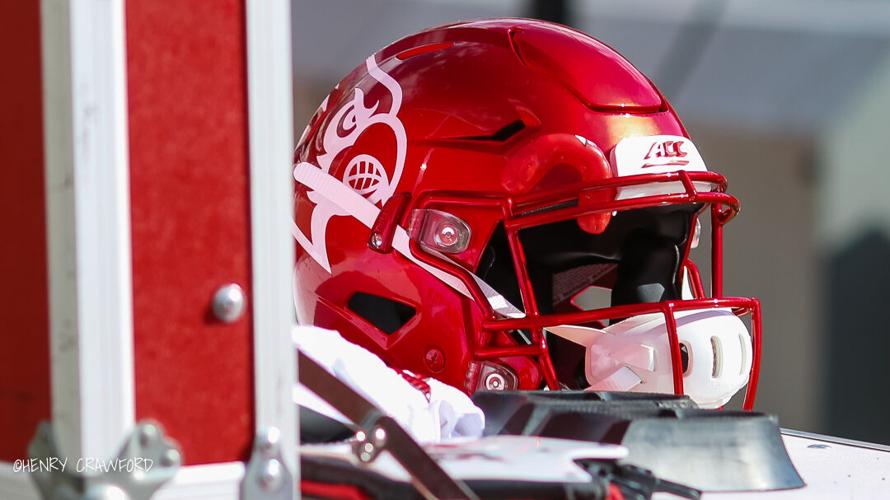 Louisville football gets a new-look ACC schedule in 2023 with the ACC scrapping its divisional format. 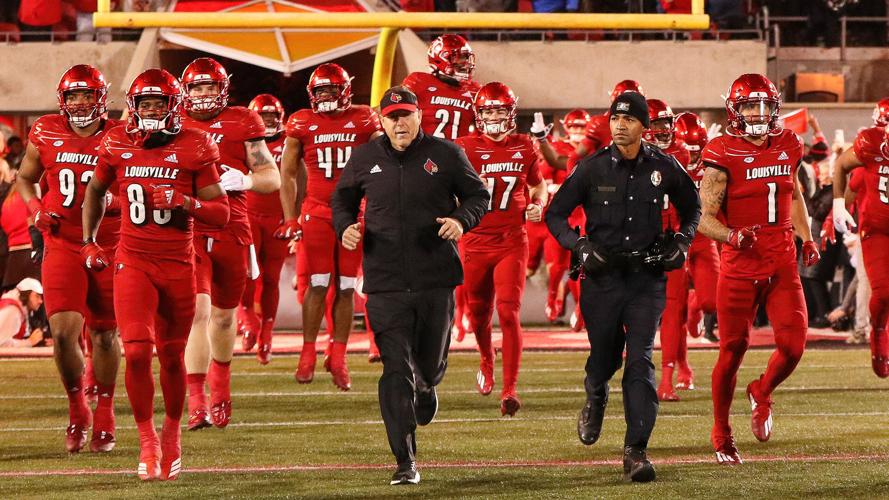 Louisville head coach Scott Satterfield leads his team onto the field before the 2021 Governor's Cup matchup against Kentucky.

Louisville football gets a new-look ACC schedule in 2023 with the ACC scrapping its divisional format.

Louisville head coach Scott Satterfield leads his team onto the field before the 2021 Governor's Cup matchup against Kentucky.

LOUISVILLE, Ky. (WDRB) -- Drew Carter, Tim Hasselbeck and Kelsey Riggs have the call for the University of Louisville's season-opening football game at Syracuse Saturday at 8 p.m. on the ACC Network.

I'm here to help with their pre-game research. When I checked the Syracuse numbers the last two seasons, I found something that would make Marv Albert, Bob Costas, Mike Tirico, Jason Benetti or any other member of the Syracuse media Hall of Fame howl.

Guess which program punished the Orange with their worst loss in 2020 and again in 2021?

Syracuse coach Dino Babers drove Bobby Petrino into the unemployment line in 2018 but Babers has been helpless and clueless in two games against Louisville teams coached by coach Scott Satterfield.

In 2020, when the Orange won once in 11 games, the Cardinals delivered a punishing 30-0 victory. Syracuse did not lose that badly to the four ranked teams that defeated them that season, including Clemson and Notre Dame, squads that made the national playoff.

Hey, it happens. Small sample size. Statistical anomaly. Find something else to build a column on, right?

I would have. Until I also noticed this: Syracuse finished 5-7 last season but the Orange were this close to winning two or three more games. They have Sean Tucker, the best back in the Atlantic Coast Conference.

They lost a home game to Rutgers by 10. They lost back-to-back-to-back games to Florida State, Wake Forest and Clemson by 3. They were beaten by ACC champion Pittsburgh, 31-14.

The Cardinals defeated Syracuse by 38. For the Orange, the average margin of defeat in their six other losses was 10 points.

Louisville rolled last season with a good but hardly exceptional game from quarterback Malik Cunningham. Yes, he threw four touchdown passes without an interception, completing 13 of 18 throws for 209 yards.

But Cunningham only ran 7 times for 19 yards, his lowest output of the season.

Remember the crack that Syracuse linebacker Mikel Jones made at the ACC kickoff event in Charlotte, North Carolina last month?

The one that made you wonder if Jones failed concussion protocol.

Asked about the challenge of facing Cunningham at home in Week One, Jones said, “I don't see it as much of a challenge.”

The Orange have been performing cleanup on Aisle 7 for weeks. As he begins his seventh year with one winning season, Babers consistently appears on those pesky preseason Coaching Hot Seat lists.

Dennis Dodds of CBSSports evaluated Babers as one of six coaches in the country with a rating of 4 (on a 5-point scale), which translates to Babers “must start improving now.”

CoachesHotSeat.com ranked Babers No. 6 in the nation.

In Syracuse, the hype for the game is considerable. Despite outscoring Syracuse, 71-3, the last two seasons, Louisville is only favored by 4. Strange.

Brent Axe, a columnist for Syracuse.com, wrote a column with this headline: “Louisville is the most important opener for Syracuse in the Dome era.”

As in the JMA Wireless (formerly known as the Carrier) Dome Era?

Yep. No need to Google anything. The Carrier Dome opened Sept. 20, 1980. The Orange beat Miami (Ohio) behind running back Joe Morris.

Babers told Axe the game was more significant simply it was a conference game, not a game against Ohio University, Liberty or Central Connecticut State, three teams the Orange have opened against in the last five seasons.

“Especially someone like me being in their sixth year, it doesn't leave a good taste. It's definitely a big game for us.”

And it is a game that Louisville has absolutely owned the last two seasons.