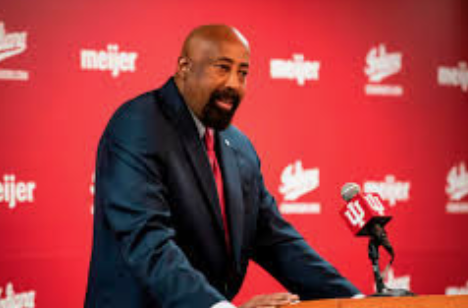 LOUISVILLE, Ky. (WDRB) -- It was only the other day that a not-so-wise man (guilty as charged) said the roster churn never stops in college basketball.

Just when I wondered when Chris Mack would add another face to his coaching staff, he recruited a guy (Ross McMains) who was a video coordinator with the New Zealand Breakers when he was 18 years old. That’s not the Orlando Antigua pedigree.

Just when I thought that TyTy Washington was the five-star answer to Kentucky’s point-guard issues, here comes Sahvir Wheeler from Georgia. If I understand the picture correctly, Wheeler, the Bulldogs’ top scorer and assist guy, seems willing to consider a reduced role with the Wildcats.

Don’t forget Indiana. Mike Woodson’s roster slipped to 12 with the announcement that Jerome Hunter would not return next season. Then it jumped back to 13 with the word Monday that Michael Durr, a muscular 7-footer who can actually make free throws, decided to transfer to IU (not Virginia Tech) after leaving South Florida.

Apparently, Joe Lunardi of ESPN.com is plugged into the arrivals and departures. Lunardi, AKA Joey Brackets, filed his latest projected bracket for the 2020 tournament. If you trust Joey Brackets, March 2022 will not be as empty as March 2021 was in the Kentuckiana area when U of L, UK and IU all missed the NCAA Tournament.

Lunardi booked Louisville as a No. 8 seed, facing a first-round game against Texas Tech, which will try to survive its first season without Chris Beard.

Indiana earned a No. 7 seed and an opening-round challenge against San Diego State.

But the team to beat locally will be John Calipari’s Kentucky squad. Lunardi assigned a No. 4 seed to the Wildcats and has UK matched against Wright State in its NCAA opener.

Western Kentucky was not Lunardi’s pick to win Conference USA. He preferred UAB.

As for the four top seeds?

Gonzaga (who else?), Kansas, Michigan and UCLA (congrats, Mick Cronin).

I also checked for movement in Bart Torvik’s projected rankings in his computer formula. There was movement — in the wrong direction.

Other teams must have made changes that eclipsed Kentucky’s addition of Wheeler and the arrival of Durr at IU. Kentucky slipped from No. 14 to No. 18 at barttorvik.com while Indiana moved from No. 23 to 24. Louisville held at No. 25.

And, finally, three more voters in the AP poll responded to my question about which local team was most likely to earn a spot in their preseason top-25 ballot.

Bob Holt, long-time voter from the Arkansas Democrat-Gazette: “If I had to pick one I'd go with Kentucky because I just can't imagine Calipari allowing something like last season to happen again. I know he's changed his coaching staff and I like the players UK is bringing in, both from the transfer portal and as signees.

“I figure everyone back should be extremely hungry not to go through something like last season again.

“So the combination of new talent, returning players and incredible incentive I think will help Kentucky get back to being Kentucky again.”

“For what it's worth, I'd put Kentucky in my top 25. I'd probably have Indiana just outside and wouldn't really seriously consider U of L.

“I think Woodson has done the best job building the roster out, especially since he came right in and didn't have the same head start sitting coaches did.

“Xavier Johnson and Parker Stewart (two IU transfers at guard) were both at Pitt earlier in their careers, so I'll certainly be keeping an eye on the Hoosiers this season.”

Kevin McNamara of WPRO radio in Providence, Rhode Island: “I would definitely rank Kentucky in a Top 25, likely top 10. I would strongly consider Indiana towards the back of the Top 25 but would not consider Louisville.”

Harvey Weinstein to be extradited to California, will stand trial on sexual assault charges