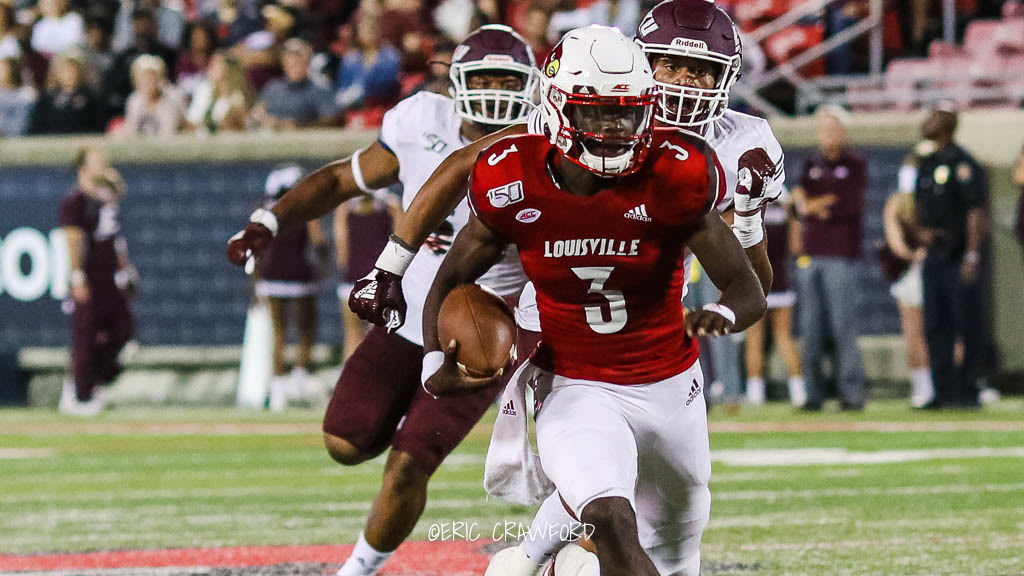 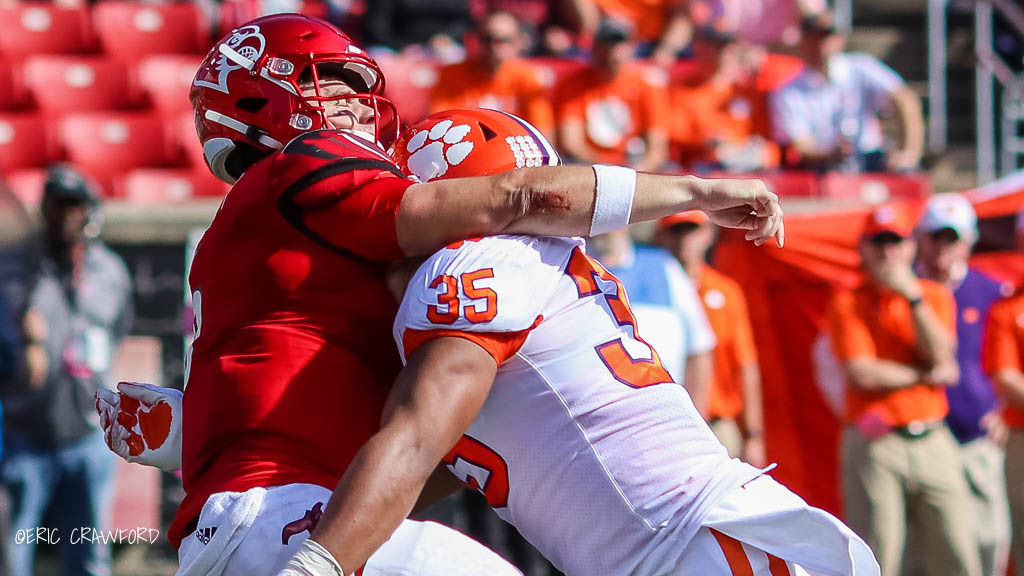 LOUISVILLE, Ky. (WDRB) -- This is the clearest proof of the upgraded quarterback play that Scott Satterfield and his staff coached into the University of Louisville football program.

Frank Ponce, the team’s quarterback coach, said freshman Tee Webb made throws that were “jaw-dropping” during U of L’s spring practice, which was canceled after seven sessions because of the novel coronavirus.

He showed velocity. And touch. And accuracy.

“When you see those things, you smile because, ‘OK, it’s in him. There it is. That’s exactly what we recruited,'" Ponce said. “Now what we have to do is develop it to the point where it’s there all the time. It’s consistent. Tee is a very smart young man. He works his butt off. So he’s going to be very successful.”

In college football, there’s no hype like freshman quarterback hype.

Now, exhale. With the improved play Louisville had at quarterback last season, third in the Atlantic Coast Conference in touchdown passes, Webb sits fourth on the depth chart.

When I asked Ponce if the staff planned to be aggressive with one of the biggest names in Satterfield’s first full recruiting class, Ponce said that would not happen.

Because of Micale Cunningham, the incumbent who should be considered no worse than the third-best quarterback in the Atlantic Coast Conference. Ponce ranked him No. 1.

Because of Juwan Pass, who has recovered from toe surgery to return for his fifth and final season. Ponce ranked him 1B.

Because of Evan Conley, who flashed an accurate arm and the ability to run in victories against Boston College and Wake Forest. Ponce ranked him next.

Then the precocious Webb, who has the 6-foot-4-inch frame recruiting gurus love.

As long as Trevor Lawrence remains at Clemson, the Tigers will have the best quarterback room in the ACC. Sam Howell did big things as a freshman at North Carolina.

But PickSixPreview ranked Louisville’s quarterback group third-best in the ACC.

That will give Ponce and Satterfield the proper time to work with Webb, whose Cartersville (Georgia) High School team won 52 of 55 games during his four seasons as he threw for more than 6,000 yards and 60 touchdowns.

Cunningham proved he was a dangerous runner and formidable passer in 2020 after he was coached with encouragement instead of growls. He ranked first in the ACC in yards per play. That’s correct. His 8.46 yards per play average was slightly better than Lawrence (8.29) or Howell (7.12).

What’s next for Cunningham?

“I think he needs to keep improving on his poise, standing in the pocket and delivering the ball on time,” Ponce said.

“That's the biggest thing we talked about all season. Coming back this spring, he was playing with a lot of confidence, you could see it in his play, his understanding, just knowing what he was doing.

“The biggest thing going into this 2020 season is to continue to develop his poise in the pocket presence and be able to deliver the ball on time.

“What we always talk about in the room is if you don't see the receiver open, throw him open and he's doing that and you saw that in the seven practices we had this spring.”

Then comes the player that Ponce did call 1B, Pass, who has endured an uneven career, slowed by injuries as well as an inaccurate arm. Ponce said he was encouraged by his return in March.

“You could see a little bit of rust in him the first few practices,” Ponce said. “In the last three, you started seeing the old Puma, understanding and playing confident and throwing the football well.

“From what I hear, he's throwing the ball extremely well right now.”

Conley is one of those players who will refuse to be overlooked. He must improve to overtake Cunningham or Pass — or to hold off Webb. But working is Conley’s calling card.

“This spring his shoulder was a little banged up, so he was not as 100% of we want him to be but he's good to go,” Ponce said. “He feels awesome. He is very relaxed and very confident going into getting ready for this fall season.

“So we're excited to see him compete again, and he's definitely always in the mix because of his study habits and his work ethics.

“I mean he's a kid that you have to run out of the weight room all the time because he's always wants to do more. He's out there throwing after we do our stuff … Anybody who works hard has the chance to be very successful.”

Satterfield’s second Louisville team has work to do to advance in the big picture of the ACC. But quarterback play should not be an area where this team will suffer.

“It's a very competitive room, so we're very happy with the guys we have,” Ponce said. “They're all good and that's a good problem to have.”