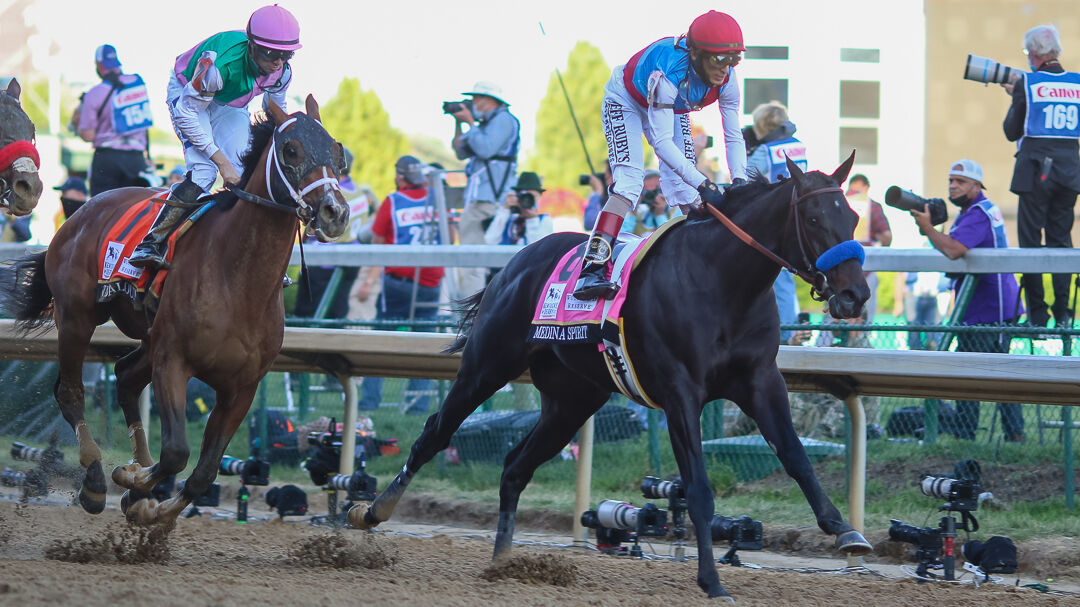 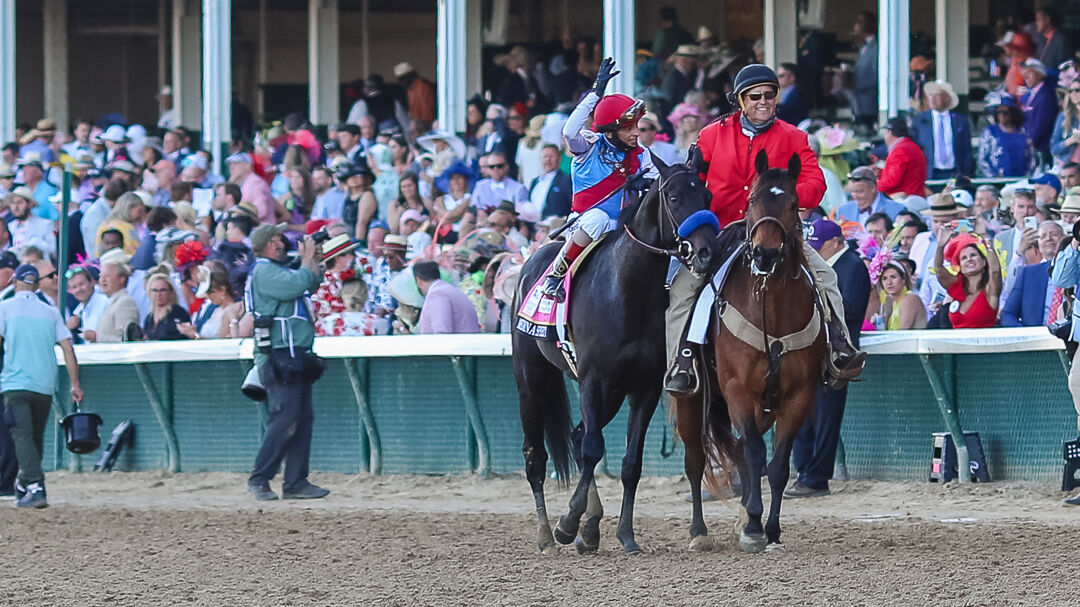 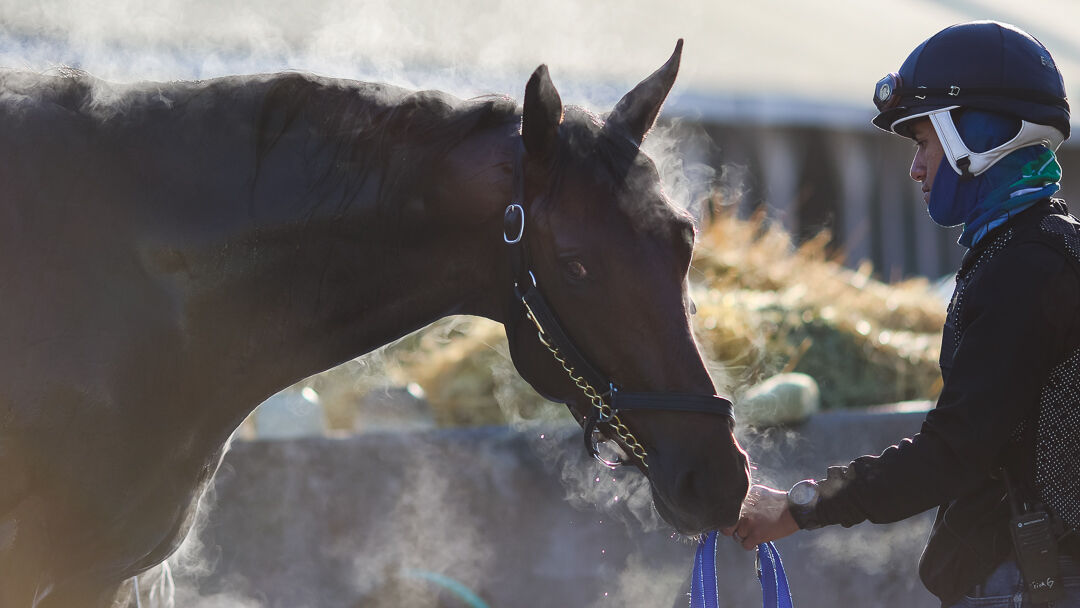 Medina Spirit gets a bath after training at Churchill Downs on April 26, 2021. 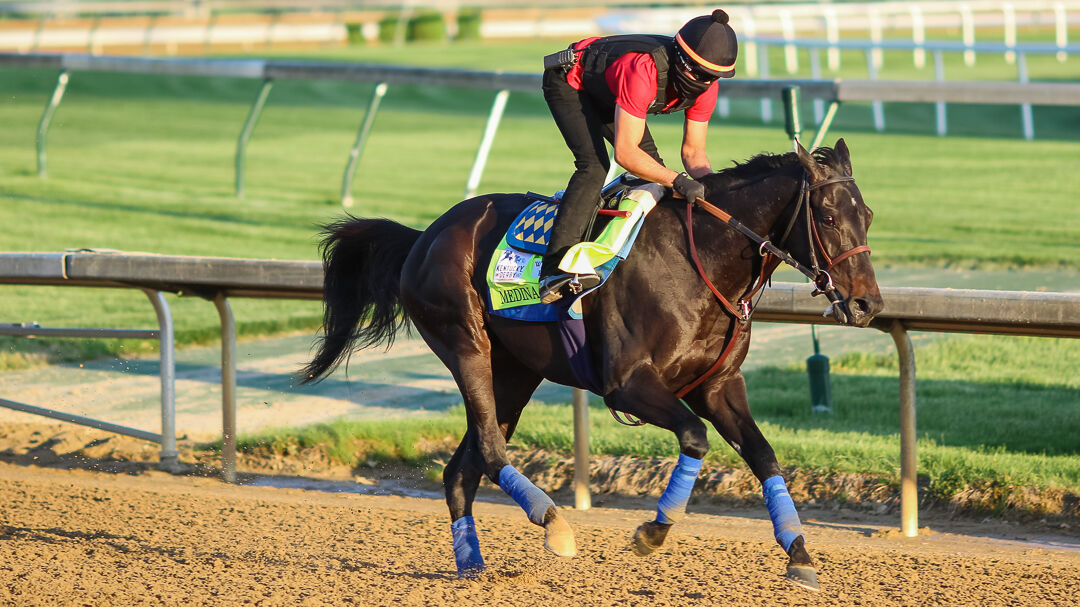 Medina Spirit gets a bath after training at Churchill Downs on April 26, 2021.

LOUISVILLE, Ky. (WDRB) – After the most recent chapter of the Medina Spirit Kentucky Derby drug testing saga was reported online by Urine-Horse magazine – excuse me, Blood-Horse magazine – I’m washing my hands of the whole thing.

It would be nice to complete just a single step in this process without the sport somehow soiling itself.

Just to refresh you, when we last left our lovable cast of characters back in June, they were in a Frankfort, Ky., courtroom, with Bob Baffert’s attorneys arguing that they needed a good portion of the sole remaining split urine sample in existence to conduct their own testing as a means for proving that the betamethasone in Medina Spirit’s system on Kentucky Derby Day got there because of an ointment, not because of an injection.

This was after the primary urine sample was damaged and contaminated in transit. You can’t find good urine people anymore.

A judge ordered that the two parties should agree upon a lab and accompany the sample to the lab, where the majority of the urine would be retained for testing and a small remnant be saved for the Kentucky Horse Racing Commission to transport back to Kentucky. Also to come back to Kentucky was whatever was left from the first batch of urine that had been sent to New York.

Now, this may come as a surprise to some of you, but apparently something in that court order was lost in translation when it came to the New York Equine Drug Testing and Research Laboratory.

After delivering the second sample to the New York lab, when a KHRC representative asked Dr. George Maylin, the lab’s director, about getting the remnant of that original urine sample to take back to Kentucky, Maylin, according to a KHRC report filed in Franklin District Court on Monday, said, “No, I think we’ll hold onto that.”

The KHRC officials showed him the court order, after which he produced a small vial containing according to the report, at room temperature, “one to two milliliters of bloody fluid.”

If you, reader, are at about this time asking yourself how you can trust any result produced by this lab, you are likely not alone.

Baffert’s attorney, Craig Robertson, told BloodHorse.com that he’d be responding to the KHRC filing, perhaps by the end of the week, but rejected the notion that Baffert or Amr Zedan had anything to do with what transpired at the lab, or any information about tests conducted and results.

Meanwhile, we’re all being treated to this sideshow. It’s an argument that is in favor of Team Baffert, because the longer people are discussing this whole urine business, the more removed they get from the main point – that the illegal substance was found in Medina Spirit’s blood on race day and was confirmed in both samples of the colt’s blood taken after the race.

Baffert, to be sure, should be afforded the opportunity to make his case. But even on the off chance that other substances in the Otomax ointment he claims is the source of the failed test were found in the urine, it wouldn’t answer the bigger question of how much ointment was administered, and where, and why it was being used – against regulations Baffert and his vet agreed to with Churchill Downs -- on race day.

The narrative that it was an ointment helps Baffert. It steers speculation away from more nefarious possibilities. Just two years ago, horse racing was rocked by FBI revelations that horses were being injected with substances that eluded detection, except for sometimes firing out false positives for dexamethasone, a steroid commonly used to treat allergies in horses.

With the question of who is the rightful winner of the 2021 Kentucky Derby still in the balance, there may not be blood on anyone’s hands here – but there seems to be lots of urine.

And word of yet more mishandled fluid does not make anyone involved look better. The KHRC, in its report, seemed, well, pissed off. I’d be surprised if the court wasn’t similarly miffed, if the KHRC version of events is accurate.

The sport is now leaking urine and credibility. It would be wise not to let this messy affair dribble on forever.