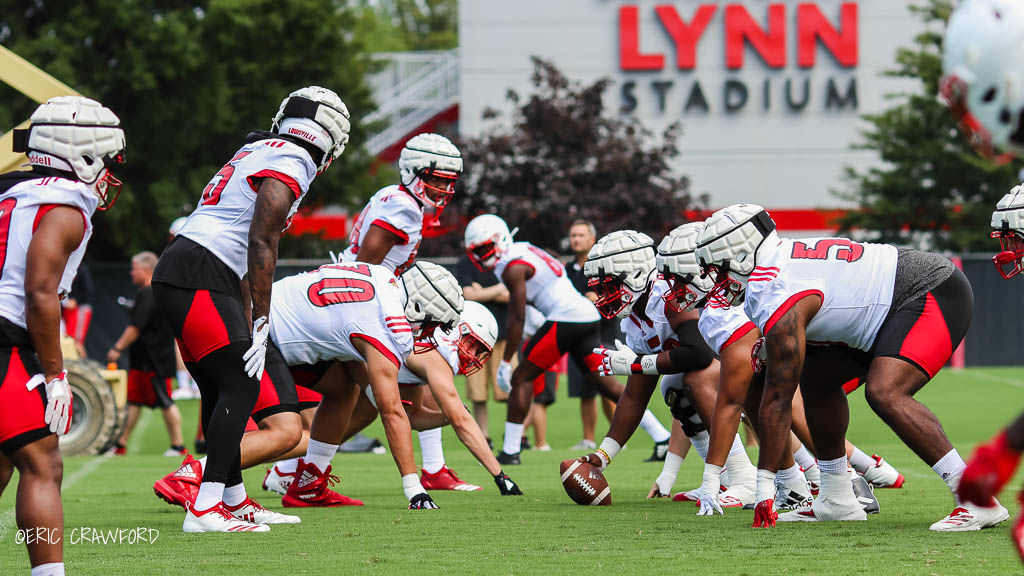 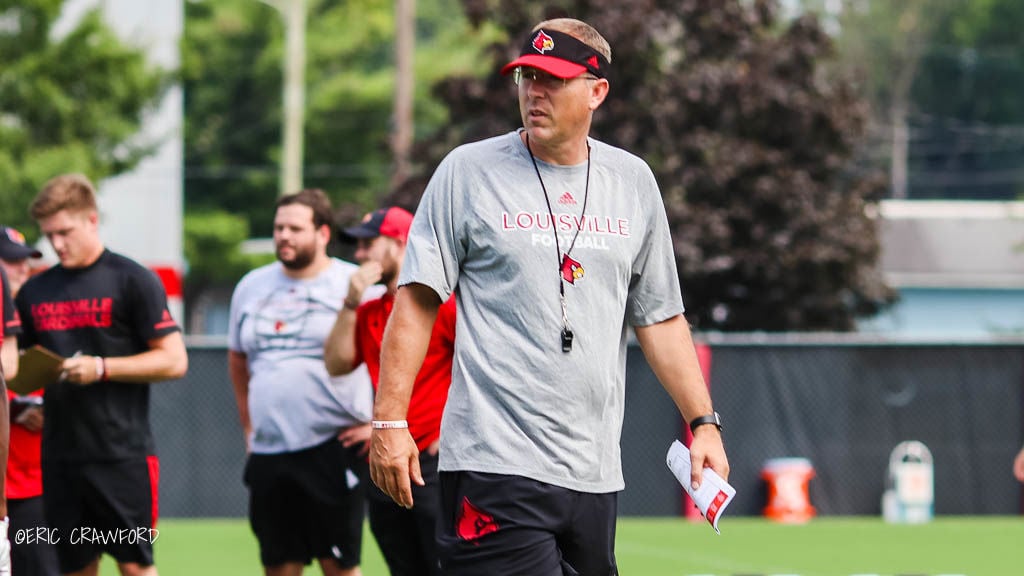 LOUISVILLE, Ky. (WDRB) – If you do this job long enough you learn things. Unfortunately for me, what much of that education has revealed is how much I don't know. Now, that could be just me. But in consuming much of what American media produce daily, I suspect it isn't.

Which brings us to today's lesson, a dirty little secret about preseason college football coverage -- it's about as flimsy as any news you'll consume, which is saying something.

It brings me no joy to say this, because there's great demand for preseason football news, and I produce a good bit of it, as do many of my talented colleagues across the nation. And of course, there's a good bit of coverage out there that is substantive and good -- let's not paint everything with the same brush.

But increasingly, this preseason news is produced from one of three perspectives:

1). From the perspective of the coaches who describe what is going on with their teams (thereby shaping the preseason narrative by what they say and what they choose to talk about).

2). From the perspective of what the players themselves have to say.

3). From the perspective of what happened the previous season, and projecting it forward.

Of these, the most accurate indicator is No. 3, which is hardly accurate at all, given the potential for offseason improvement and growth that often takes place outside of the ability of media outlets to see.

I chatted about this a little bit with new Louisville football coach Scott Satterfield last week as we were talking about the start of practice. He was talking about how much he had to learn about his players in a short time, and I was just saying that I always look forward to the first game, because until then, probably 90 percent of what we write and say about the team is an absolute guess.

And even now, some of what Satterfield says about his team, after just a few days of practice in full pads, is a guess – albeit a far more educated guess than mine would be.

Here's the fact of the matter. Before 2015 Louisville season opener, I wrote the equivalent of a small book about Reggie Bonnafon, the projected starting quarterback that season. So did everyone else. He was the story, and a good story, and a good guy, hometown kid, who had lost his father the season before, and who led the team to a win at Notre Dame.

Then-coach Bobby Petrino talked a lot about Bonnafon in the preseason. He was the guy the program put promotion into. It was good stuff.

That, in media terms, is a pretty big miss. And it bothered me. So I went back and deconstructed how it was missed. It happened because the media never gets to see preseason preparations -- at least for the vast majority of programs. The coaches didn't want the media to know its Game 1 plans for Jackson. They wanted the element of surprise.

So what basically happened was that consumers of Louisville preseason coverage that year got stuff that was, at best, irrelevant, and at worst, misleading.

But that season looked great when compared with last season. Petrino spent last offseason talking about how his team had a shot against Alabama, about how Puma Pass would throw for more yards than Lamar Jackson did, about how the offense had a chance to be better without Jackson and that his team was, on paper, the fastest team he'd ever fielded.

There is value to reporting what the coach says. It gets him on the record. But all of that was worthless. It took about one quarter against the Crimson Tide to show that the emperor not only had no clothes, but he had no defense. By the end of Game 3, the preseason coverage was shredded worse than Louisville's secondary. By the end of the season, Petrino's fastest team ever was one of the fastest teams to implode in recent memory, and Petrino was out of a job.

I only write about all this now because everyone is ramping up preseason coverage again, and particularly where Louisville is concerned, but really where most teams are concerned, it's important to take the preseason talk with a grain of salt.

You'll read about how, at Louisville, the players are having fun, about how they've gotten to go to the coaches' homes and about how chemistry is great and how hard they're working.

You also could have read last season about how hard they were working, seen photos -- that I took -- during an open workout, when players were running sprints in deep sand and breaking a boulder with a sledgehammer.

I find myself more and more just trying to tell what stories I can tell. Letting players and coaches talk about what approaches they'll try to take with the coming season. Talking to Puma Pass about how he dealt with last season's difficulties and how he's preparing now.

None of it means a player will have any more success. But at least it shares a little bit of the experience and process.

More and more, people want their news to be predictive. A guy at the racetrack told me a long time ago, "I really don't care what happened in today's race. I want to know what's going to happen in tomorrow's."

That's the entire problem. People want to know what's going to happen, in games, in elections, in everything. Outside of Tony Romo feeding you what the next play is going to be every once in a while, that's a dangerous business for the media to be in.

Some guys, like NFL Draft analysts, make a living off it. They're wrong quite often, but the market for predictive news is such that it doesn't really matter.

I guess I just feel a little better if I tell you up front that the less seriously you take the preseason "breakdowns" the better. Some of them will be right. A lot of them will be wrong.

But in the media right now, even with a subject as ultimately trivial as football, I'm finding it more and more important to be wrong less and less.

It might make for fewer "breakdowns." But there will still be plenty out there.