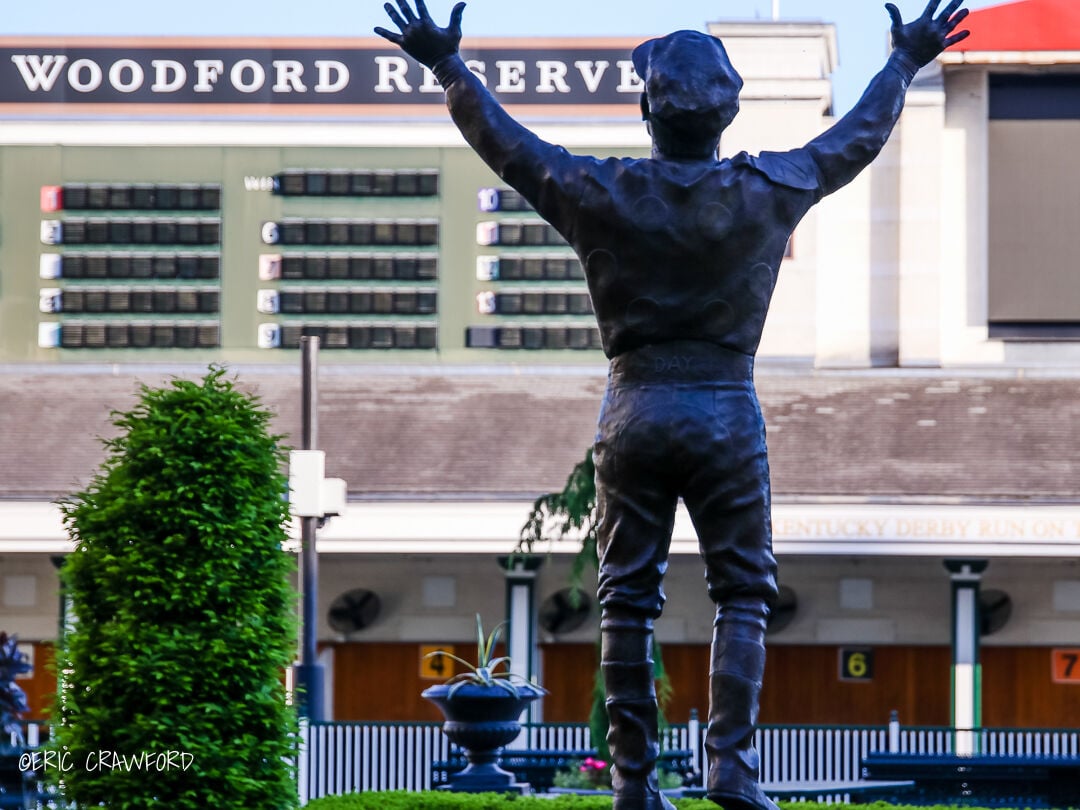 The statue of Pat Day looks over the empty Churchill Downs paddock on Derby Day, 2020. 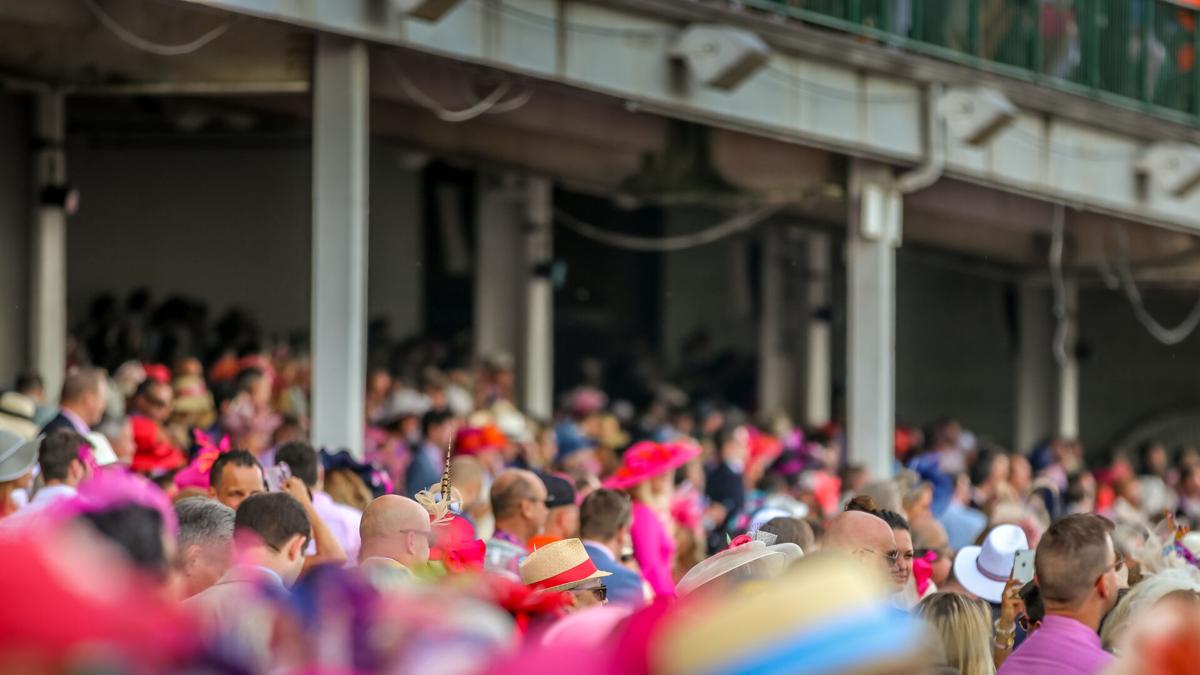 The statue of Pat Day looks over the empty Churchill Downs paddock on Derby Day, 2020.

LOUISVILLE, Ky. (WDRB) – You could feel it as the weeks and days passed. Fans being allowed into the Kentucky Derby on Sept. 5, even the modest 23,000 number agreed to by the track and the state, was getting to be a long shot.

And now, it is a scratch. Churchill Downs announced on Friday afternoon that fans would not be admitted to this year’s race, now two weeks from Saturday.

The race track did so by citing recent COVID-19 numbers from the city of Louisville. Dr. Sarah Moyer, the city’s chief health strategist, said that Louisville’s positivity rate for the past month has been hovering around 10%. That’s too high for mass gatherings, in the view of most public health experts, and is reason enough for Churchill to make its decision.

Churchill Downs officials remained in touch with experts from North Healthcare while wrestling with the call.

"This is a critical point in time for our community," Norton Healthcare President and CEO Russell Cox said. "This remains a very fluid situation, and every event should be evaluated based on the data available as close to the date of the event as possible. We appreciate and support Churchill Downs’ decision."

So, yes. From a public health standpoint, this is fine. This isn’t a soccer game with less than 5,000 spectators, minimal concession points, a staggered arrival time, a perfect record on team coronavirus tests since mid-July and no betting windows. This is an indoor-outdoor event, and, yes, it’s one I still think could be done safely. But I can see, from a public health standpoint, if others disagree.

Civil unrest is a contributing factor. There are multiple groups protesting to see the Louisville Metro Police Department officers who shot and killed Breonna Taylor charged in her death. "No Derby, No Peace," was the last flyer I saw.

That saying comes from the Justice and Freedom Coalition. Members of the group don't just want a boycott of the Derby. They want no Derby at all. They aren’t the only ones.

Tim Findley, pastor of Kingdom Fellowship in Louisville, said in one post on the Justice and Freedom Coalition's Facebook page that the city has more pressing matters to attend to than a horse race.

"I don't feel like anybody in the Black community feels like we should be celebrating horses running around a track right now," Findley told WDRB News in mid-July.

Two owners have told WDRB News that people they work with at Churchill Downs have been threatened by protest groups saying that entrances to the race track, for workers and fans alike, could be blocked.

Mass demonstrations have been promised by some groups.

This decision takes fans out of the equation. The question now is, what will happen next?

The right to peaceful protest is protected, and the track and state, while they might not exactly welcome it, are bound to live with and even protect it. On the other hand, blocking the access of people into a public event or their workplace isn’t lawful.

Some call it "Good Trouble." Others call it bad news.

Whatever the case, there’s no way that responsible leadership could ignore it. And I don’t see why any of us should.

And to his credit, when asked about it Friday, Churchill Downs President and CEO Kevin Flanery did not.

"This city’s going through a lot right now, and I think, when you look at all the circumstances, there’s a lot of people who are hurting," he said. "We’ve said in the past, we want that dialogue, a good dialogue about equality for everyone, justice for everyone; that’s an important thing. You know, the Derby in the past has been a uniting event. It’s been something we can look at in our community and say we’ve got a lot of good things going on. Unfortunately, just with where everything is right now, we can’t do that this year, but that dialogue will continue. I know that a lot of folks want to have meaningful conversation, and we’ll be a part of it too."

Stop with me for a second and look back.

In 1967, a group protesting for fair housing practices was in the midst of some tumultuous times in this city, and a group of five young men, on the Tuesday of Derby week, stormed onto the track during a race, causing riders to pull up. All five were arrested. But more of the same was promised for Derby day.

Jockeys in the race said they would trample anyone on the track the next time it happened. The National Guard was sent in. The Ku Klux Klan promised to show up in full regalia. And just as things were really starting to heat up, an organizer arrived to figure out a solution.

His name: Dr. Martin Luther King Jr. He worried that large-scale violence at the Derby wouldn’t be a good thing for anyone. He convinced organizers to leave the Derby alone and instead arranged for a demonstration downtown on Derby day.

The 1967 Kentucky Derby went on without incident, won by long shot Proud Clarion. But today, 53 years later (and, by the way, the housing problem for many low-income Black and other Louisville residents is still at crisis levels), it’s some of the very leaders themselves, like Pastor Findley, calling for Derby disruption.

I don’t see any point in ignoring these issues, those protesting them, the possible ramifications for a national event in our city or the need for all of us as a collective people to pay attention to them and, at long last, do something about them.

So yes, COVID-19 was enough reason to hold a Kentucky Derby without spectators. But let’s not pretend it was the only reason.

The holiday everyone needs right now is upon us: Fat Bear Week

M. Night Shyamalan has revealed the title and poster for his upcoming movie