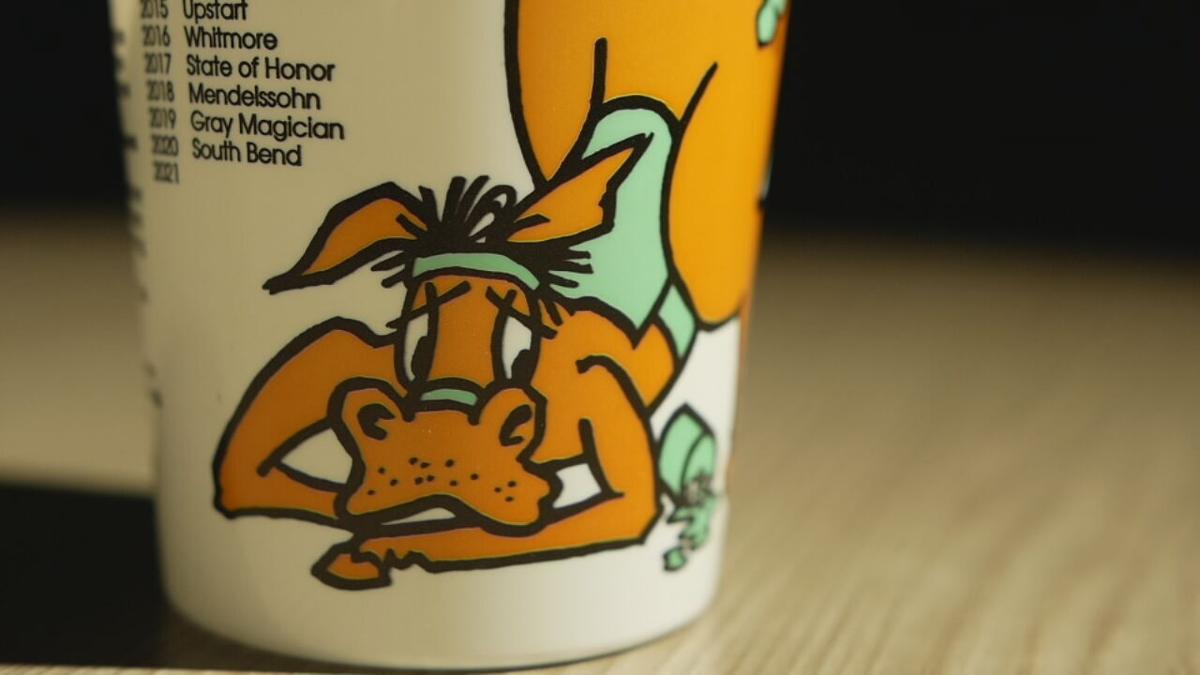 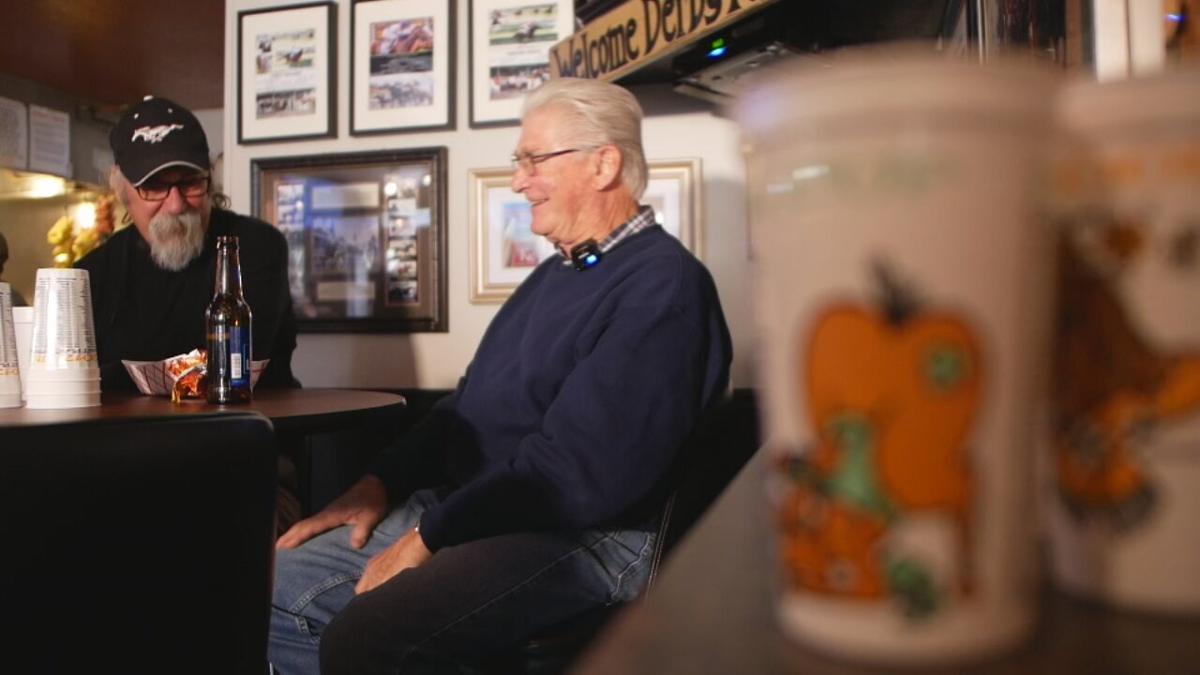 Mike Cecil came up with the idea. Bill Gdanic draws the horses. 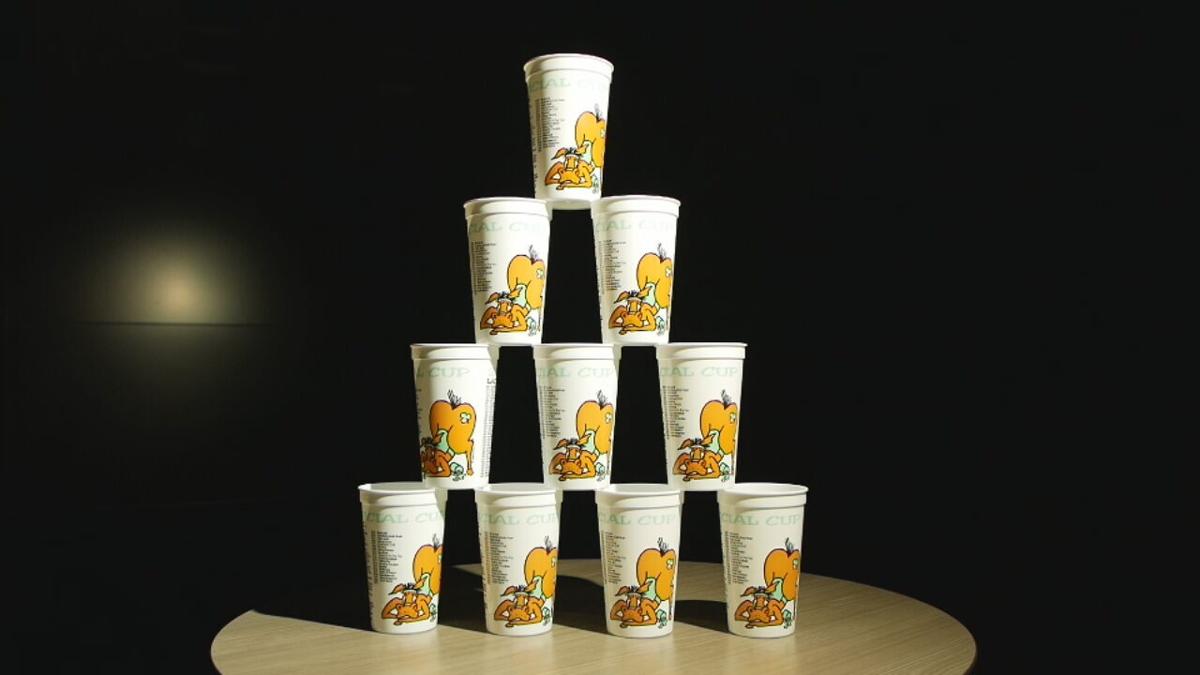 Cecil and Gdanic have been making the "unofficial cup" since 1984. 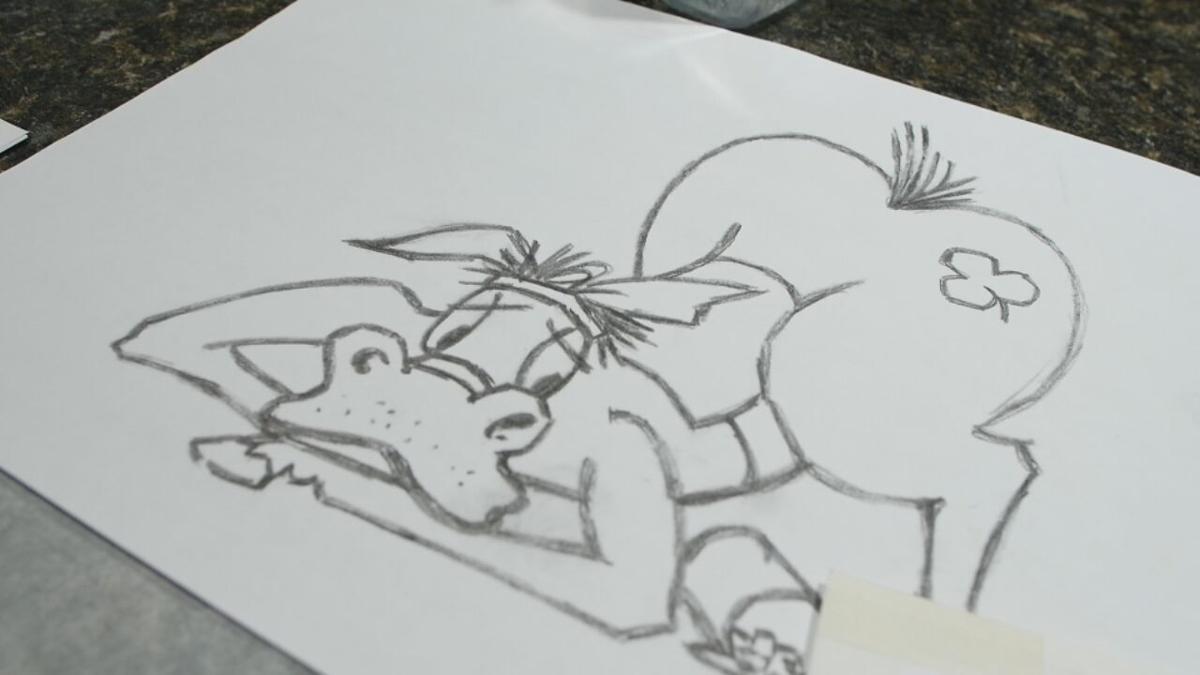 Every year, the duo picks one of three sketches Gdanic comes up with.

Mike Cecil came up with the idea. Bill Gdanic draws the horses.

Cecil and Gdanic have been making the "unofficial cup" since 1984.

Every year, the duo picks one of three sketches Gdanic comes up with.

LOUISVILLE, Ky. (WDRB)-- Great ideas are often born over a drink at a neighborhood watering hole, but Kern's Korner is not where Mike Cecil came up with his bright idea. It was in the midst of suds of a different kind, and some hot water.

It was 1984, Mike was a bachelor. Just like today though, racing was on his mind.

"We honor the winners of everything," Cecil said. "Every sport, everywhere, but nobody really gives a hoot who finished second, who finishes last."

He was determined to change that, as soon as he dried off. He thought of these Derby glasses we all have in the kitchen cupboard.

"I thought guys like me need things that they can't break, especially in the bathtub," Cecil said.

He wanted to create a plastic Derby cup, honoring the last place finishers of the Derby.

"We're not making fun of horses," explained Cecil. "Anybody that's in the Kentucky Derby is a great horse, in my opinion."

If you're going to compete with the classics, you've got to do it right. So, he needed an artist, and just so happened to kind of know a guy, who could draw a pretty solid horse.

"At the time, I had my own graphic design studio, and Mike started dating my younger sister," explained Bill Gdanic."

Some relationships last longer than others, and that Mike/Bill combo was the winner.

The unofficial Derby cup gets out of the gate every year with some sketches of a new design, some lunches, and ends with last Derby's last place featured prominently on the cup.

"South Bend. The only thing you think of is Notre Dame," Gdanic said about last year's last place horse. "I just put the big old Shamrock on his hindquarters."

As you can imagine, the cup is quite the Derby Party talker.

"We're trying to make people smile," Cecil said. Hopefully, they'll get a chuckle out of it."

There is a payout too. It actually rivals some big wins at the track.

"It's paid for a few vacations," said Cecil. "We went to Jamaica a couple times."

Maybe we should all take a few more baths?

You can pick up your "unofficial cup" at Old Town Liquor, Liquor Barn, and Taste of Kentucky locations.