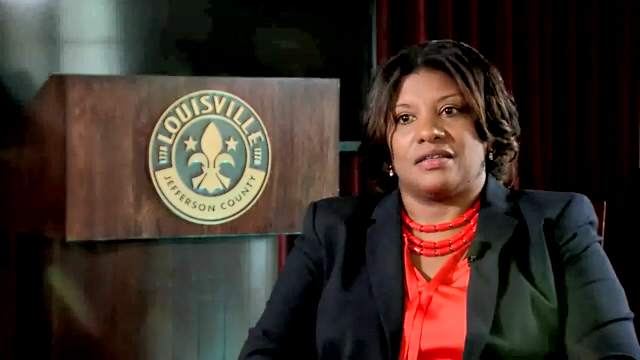 Yvette Gentry speaks to WDRB on Sept. 7, 2020, the day she was named interim chief of the Louisville Metro Police Department.

Yvette Gentry speaks to WDRB on Sept. 7, 2020, the day she was named interim chief of the Louisville Metro Police Department.

LOUISVILLE, Ky. (WDRB) -- What does Louisville's incoming police chief have to say about police reform, Breonna Taylor and racial bias in traffic stops?

Gentry sat down for a one-on-one interview with WDRB's Stephan Johnson shortly after Monday's announcement.

On the latest episode of Uncovered, our news podcast, we play the full interview with Gentry. Then, Johnson offers his own observations about Gentry, whom he has known for years, and her return during a tumultuous period for the department.

Listen for free below, or find Uncovered by WDRB on Apple Podcasts, Google Play, Spotify or other podcast platforms. Remember to subscribe for future episodes and to leave a review of the show.

Here's the video of Johnson's interview with Gentry: