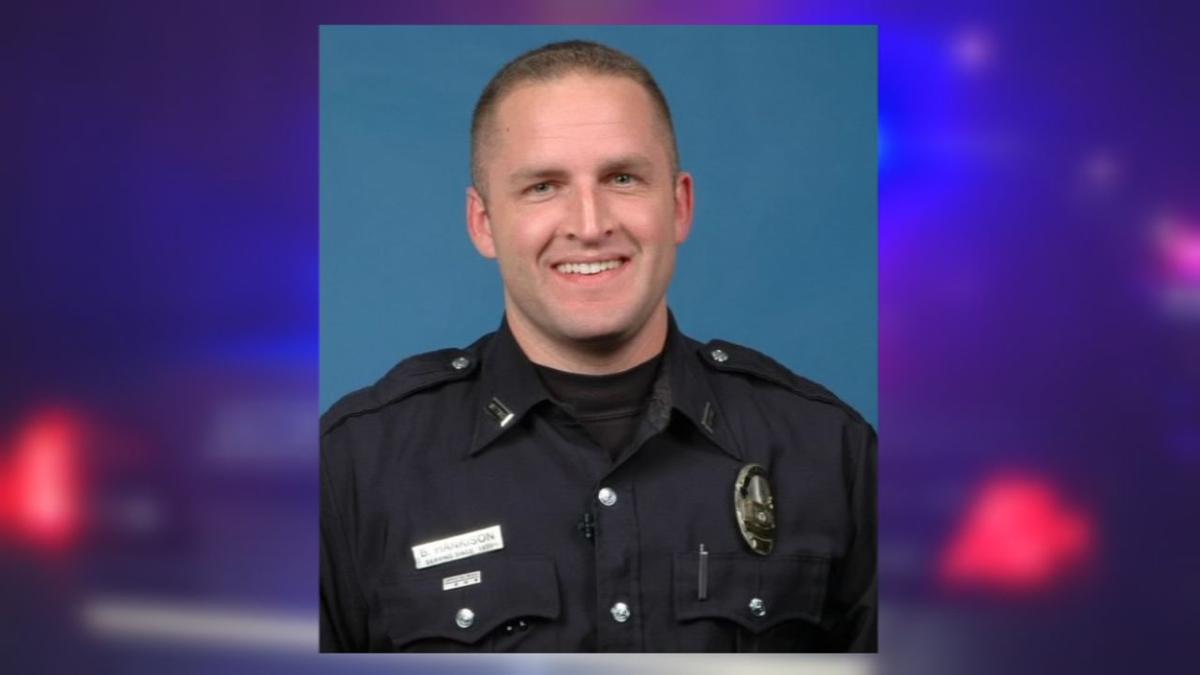 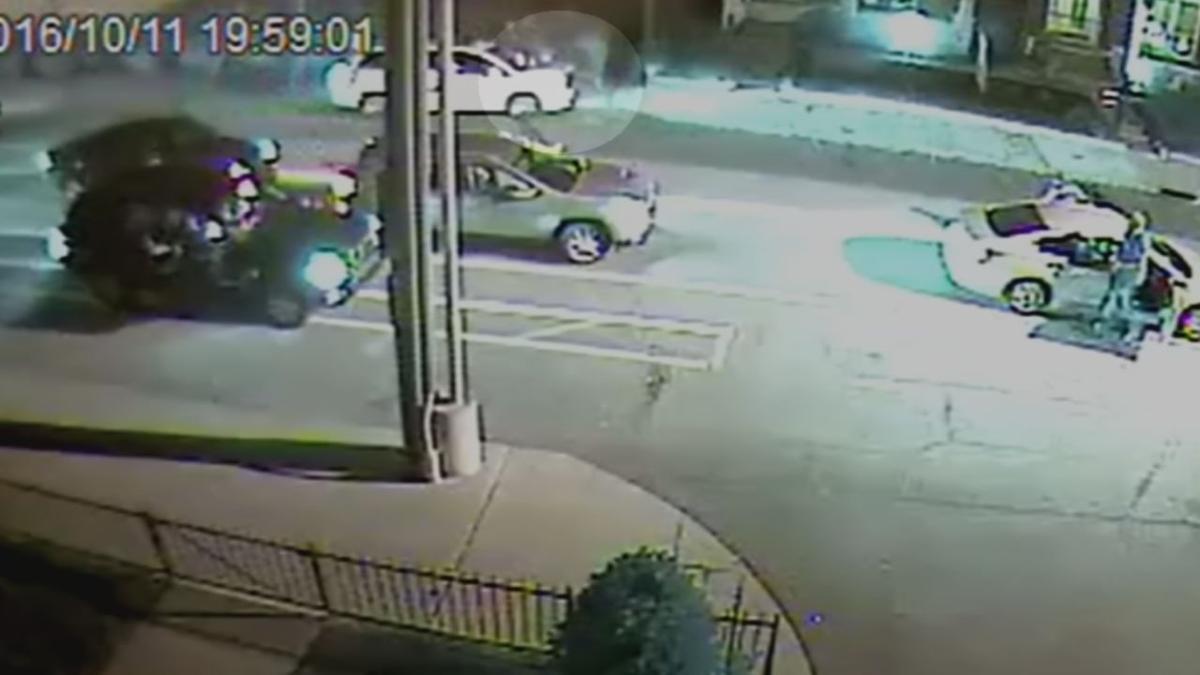 Video obtained by WDRB News shows LMPD Det. Brett Hankison (circled) crash into a fellow detective after driving the wrong way down South 1st Street to a drug scene in 2016.

Video obtained by WDRB News shows LMPD Det. Brett Hankison (circled) crash into a fellow detective after driving the wrong way down South 1st Street to a drug scene in 2016.

LOUISVILLE, Ky. (WDRB) – In August, the Louisville Police Merit Board approved a four-day suspension imposed by former Chief Steve Conrad for an officer who in 2016 had driven the wrong way down South 1st Street to a drug scene and struck a detective, causing serious injuries.

The merit board is made up of five citizens and two police officers who review appeals to discipline handed down to police officers. In this case, it was ruling on one on its own members: Det. Brett Hankison.

Despite a lengthy history of sexual allegations and using excessive force, Hankison has repeatedly been elected to the merit board by fellow officers. He is in his third two-year term, which began in January.

On Thursday, Mayor Greg Fischer asked that Hankison be removed from the merit board, saying it was "profoundly inappropriate" for him to be a member.

Hankison is one of three officers on administrative reassignment following the fatal March shooting of 26-year-old Breonna Taylor in her apartment near Pleasure Ridge Park. The attorney for Taylor’s family has accused him of "blindly" firing more than 20 times into Taylor’s home and that of a pregnant neighbor. Taylor was shot eight times.

In addition, multiple women have come forward accusing Hankison of sexually assaulting them.

Conrad initiated the investigation into Hankison's 2016 wreck that injured his fellow detective in March 2017. "Nothing substantive" was done in the case by LMPD until September 2018 – about a year and a half later – when a different investigator took over, records show.

That investigator, Lt. Shannon Lauder, recommended Hankison be charged with failure to show due regard because "he should have known which direction he was going, how fast he was going and whether his lights and siren were on."

In addition, his vehicle "came to rest on the sidewalk," Lauder noted.

But Hankison was not charged.

Lauder also noted that, during the first days of the investigation, Hankison was not put under oath when giving his statement to police about what happened.

Attorney Sam Aguiar, one of Taylor's attorneys, has accused Louisville police in court records of having a "propensity to cover up incriminating evidence implicating criminal conduct of Hankison."

Aguiar said the investigation of the wreck, which was not released by police in a recent open records request from WDRB News for all disciplinary action against Hankison, was not surprising and called the four-day suspension "a pass."

"This is an officer that is an incredibly bad apple that has gotten away with way too much for way too long," Aguiar said in an interview Friday. "LMPD really does need to look long and hard to what a true internal affairs department is supposed to do and whether they’ve got one that has any teeth whatsoever."

Hankison was accused in 2008 of receiving oral sex in exchange for not arresting a woman, and in 2015 a woman claimed he attempted to have sex with her in exchange for not taking her to jail, records show. Both incidents were deemed to be "unfounded" by internal investigators with LMPD.

In addition, a 2009 investigation by the department’s Professional Standards Unit also reveals Hankison violated departmental policies in April 2005 and August 2009, according to his personnel file.

In 2005, he improperly charged someone with carrying a concealed weapon for having a shotgun in their trunk. In 2009, he failed to notify his supervisor about third-degree assault and resisting arrest charges against an individual "so the appropriate photos could have been taken." He also failed to call for EMS when an arrested suspect swallowed cocaine.

Most recently, Hankison has been accused by at least four women of sexual assault. LMPD is investigating the allegations.

"Why is this guy even on the merit board to begin with?" Aguiar asked, arguing that he wasn’t fit to be a member of a group responsible for overseeing conduct of police officers. "Where is the oversight?"

On Thursday, Fischer wrote a letter to police union officials demanding that Hankison be removed from his position as a member of the merit board.

"Given the very serious allegations against him and investigations by the Attorney General and the FBI, it is profoundly inappropriate for him to be in this role," Fischer said in a statement. "In the event the FOP does not act, we will work with Metro Council and Jefferson County Attorney's office to find other ways to remove him from the board."

In the meantime, Fischer has asked LMPD not to submit any cases to the board until the matter is resolved.

David Hatfield, outgoing chairman of the merit board, declined to comment, referring questions to the attorney for the board.

Attorney Mark Dobbins said it wouldn’t be appropriate for him to comment on Hankison’s status, saying the board would need to address it as a whole. The board next meets on Tuesday and Hankison’s status is not on the agenda.

But, even then, Dobbins said Hankison is an elected member of the board, which has no authority to remove him.

And the president of the River City Fraternal Order of Police Lodge 614 told WDRB on Friday that Hankison should not be removed until the current investigations are completed.

"We feel people are innocent until proven guilty," Ryan Nichols said in an interview. "These are serious allegations and there could be serious consequences as a result of those, but that investigation should occur."

Also, Nichols said that while FOP members elect their two representatives, the union itself does not have the authority to remove a member.

"If I wanted to arbitrarily remove him I don’t think that’s a possibility right now," Nichols said. "However I think he is entitled to due process."

In his letter to the FOP, Fischer wrote that if the union was unable to remove Hankison, the city would take "all actions it can to remove him" from the merit board.

And the mayor said he would order than no more disciplinary cases be presented to the merit board until Hankison is removed.

Nichols said he supports the mayor’s request that the merit board delay other hearings while Hankison is under investigation.

Asked whether Hankison was the best representative for LMPD on the merit board, Nichols said it "wasn’t his place to say. … All police officers get to vote and he was elected."

Nichols said the officer Hankison drove over, Det. Daryl Neese, was able to return to work and is on active duty.

In the case, Hankison drove the wrong way down South 1st Street and Neese, who had exited his vehicle and was sent tumbling several feet, suffering a fractured spine and other injuries.

Two other offers went to check on the injured officer while Hankison gave chase to a fleeing suspect, according to records from the merit board.

Hankison testified he did not remember if his lights and siren were on or if he was driving on a two-way street. He said he was trying to box a suspect in with his vehicle when Neese ran out in front of him.

Hankinson said when he struck the Neese, he hit the windshield and went flying about 20 feet. Hankison said he thought he had killed Neese and was an "emotional wreck."

Hankison also said he believed the case was left under investigation for two years purposely by LMPD, "in an effort to influence his decisions" on the merit board.

Neese testified he considers Hankison a friend and that he while he has a limp and in pain, he is able to do his job."