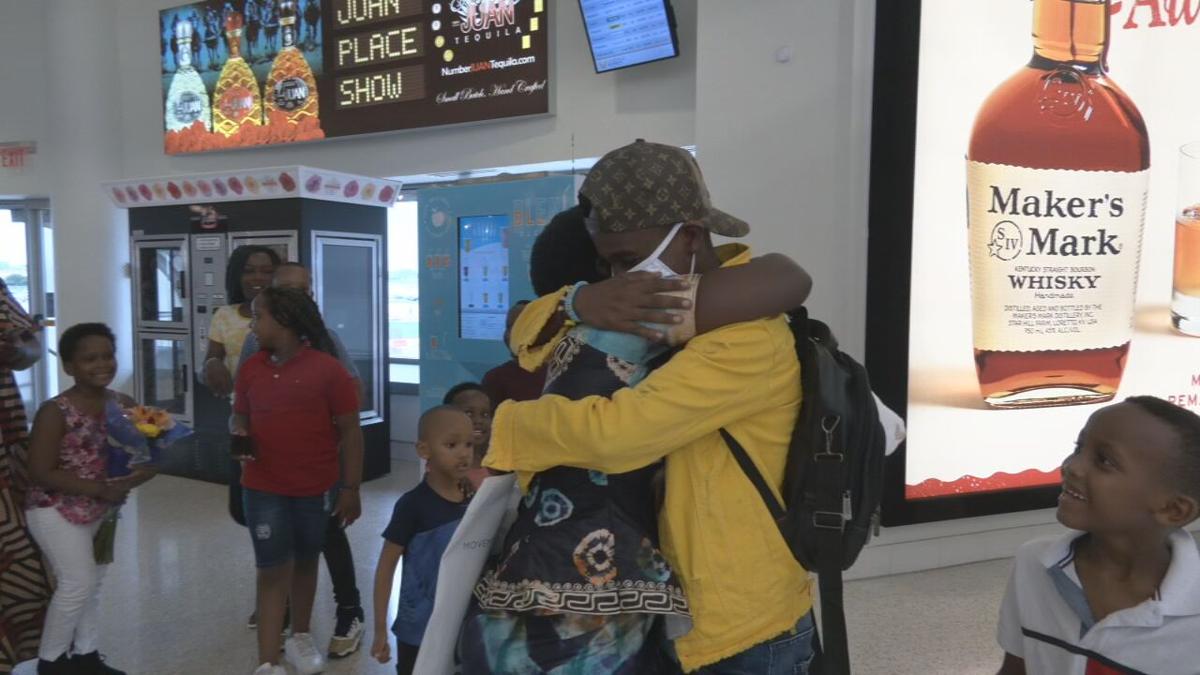 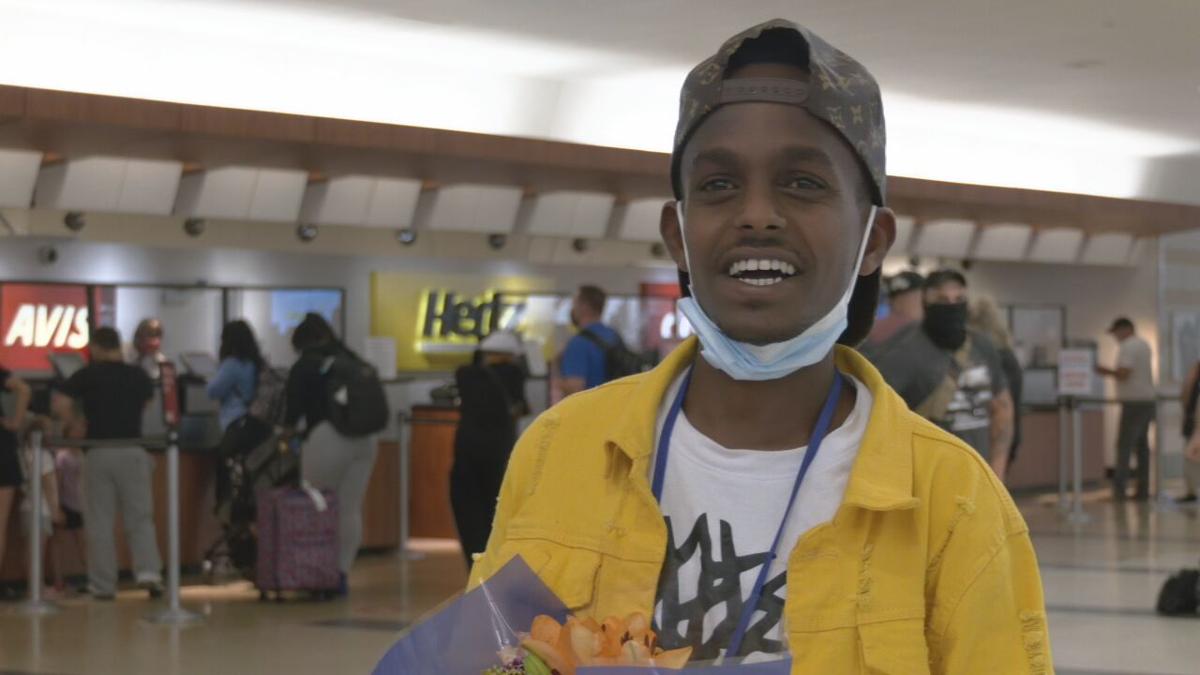 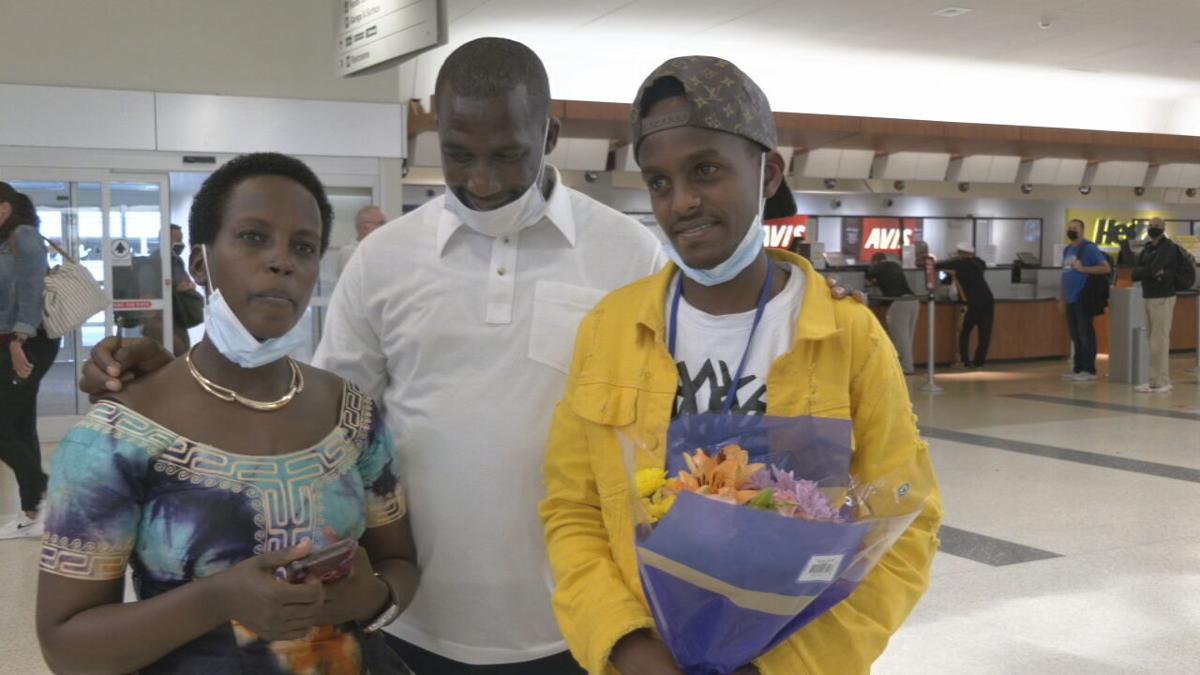 LOUISVILLE, Ky. (WDRB) -- In a hug eight years in the making, a refugee family who had been caught in political turmoil was finally reunited in Louisville on Thursday.

Kevin Mutabazi's family fled persecution in the Congo, a nation ravaged by war — his relatives among the millions killed in the fighting.

"My life is changing totally because my dream life now is going to start," he said.

As Mutabazi sought safety in the United States and started the resettlement process years ago, he got caught in political purgatory.

The Trump administration drastically lowered the limit on the number of refugees the United States would accept from more than 100,000 to 15,000 a year.

The Biden administration promised to raise the cap to 62,500, but didn't sign the paperwork for months, leaving people like Mutabazi stuck in the middle.

His sister Josephine Nyanzanika, who arrived with her husband in 2013, never knew that it would take this long for her brother to arrive.

"It's like my life was shut down, it was difficult for me to see him again like seven or eight years ... but now a miracle from God to see my brother," she said. "It's a big miracle today."

Kentucky is one of the top five states in the nation for refugee settlement, with many coming to Louisville because of the work of organizations like Kentucky Refugee Ministries and Catholic Charities.

Refugees approved for resettlement in the United States complete an 11-step process complete with security, medical and background checks.

"We reunite them with their family, place them in an apartment or furnish that apartment, have food in that apartment and go through a process of orientation and then really help them with the path to self sufficiency," Colin Triplett, the resettlement director for Catholic Charities of Louisville explained.

A reunion eight years in the making — for a brother and sister who never let go.