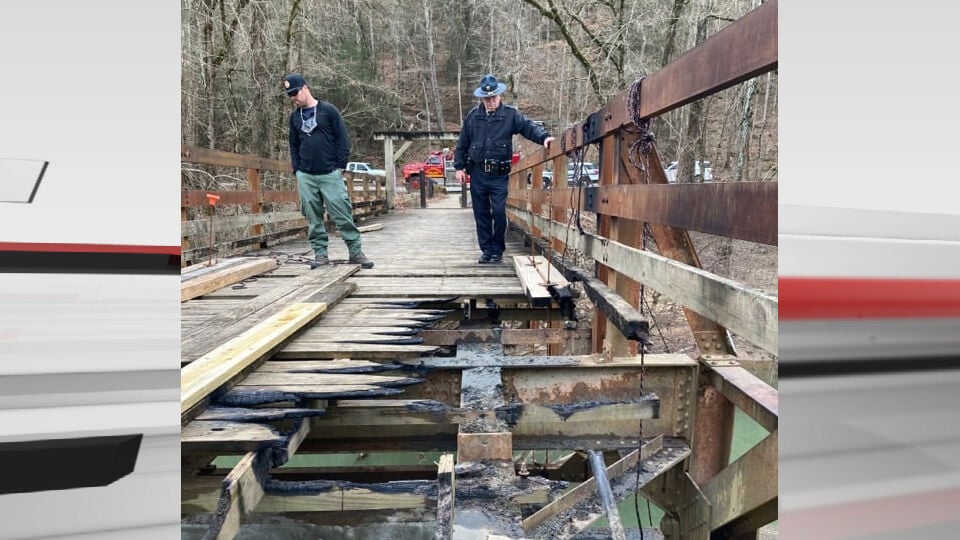 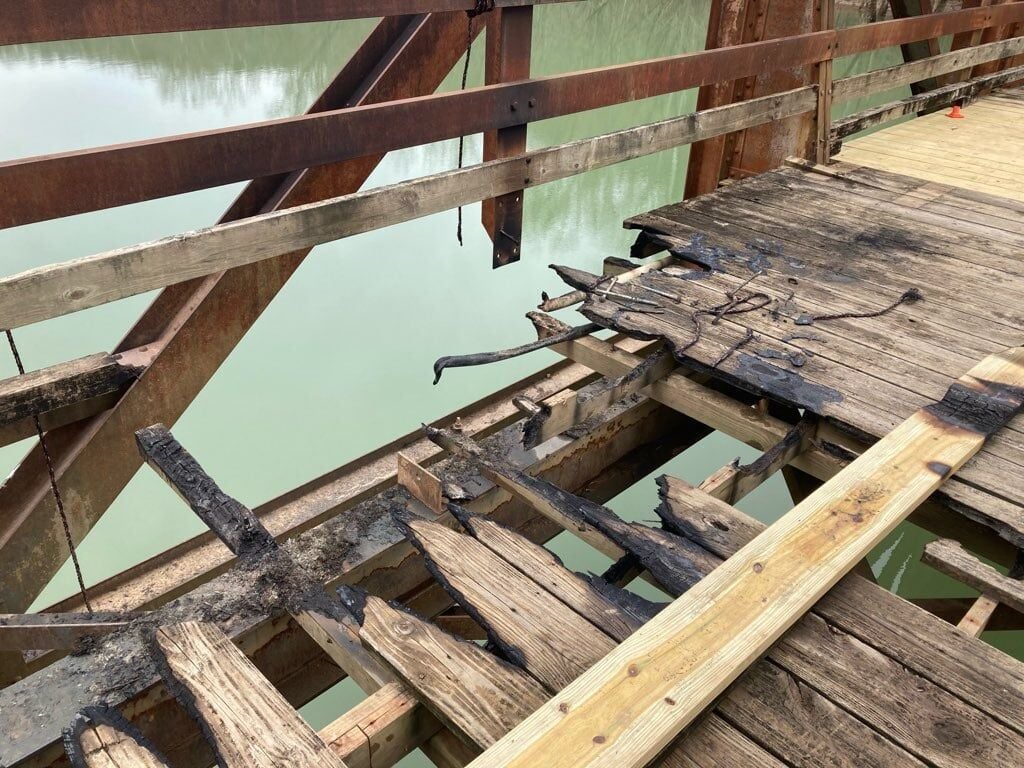 LOUISVILLE, Ky. (WDRB) -- Authorities are investigating after someone set fire to a bridge in Daniel Boone National Forest, according to a report by LEX 18.

The charred boards left behind help explain some of what happened on the Old Sublimity Bridge for London District Ranger Jason Nedlo, but the biggest question that remains for him is, "why?"

On Saturday, the bridge in Bee Rock Campground was burned. It was in an area that has been under repair since a major flood in 2019.

"We've spent a lot of money and a lot of time trying to rebuild this campground and vandalism like this does not move us any forward," he said.

An investigation into the vandalism is ongoing, but it will be a challenge to find out who is responsible.

"We're just in a remote area and so trying to figure out who did it is really difficult," Nedlo said.

It's that remoteness that makes the campground a favorite spot for visitors and locals.

Karl Moran walked through the area Thursday to check on the progress of repairs and was disappointed to see the damage.

"That's disheartening," said Moran. "I mean, you'd like to think that the repairs being made, that everybody would support that but you've got a certain element  in society that enjoys destroying things."

Nedlo is hopeful that this is just a minor setback, and the campground can re-open soon, but he said it's still not clear how much damage was done to the bridge.