ACLU Kentucky, however, wants Metro Council members to go further than that and ban the warrants.

As it stands now, "Breonna's Law" would require officers to complete a detailed warrant application that must be signed off by the chief of police and other high-ranking officers with the Louisville Metro Police Department. No-knock warrants could only be sought in cases involving a threat of harm or death to officers and civilians. The proposed law would also require officers to use body cameras.

"The use of a no-knock warrant created a chain of events that has damaged the black community and the city of Louisville as a whole," said Keturah Herron with ACLU Kentucky "How different the city could look right now had there been a ban on no-knock warrants. Instead of mourning Breonna Taylor on her birthday, which is this Friday, her family could be celebrating her life in a different way." 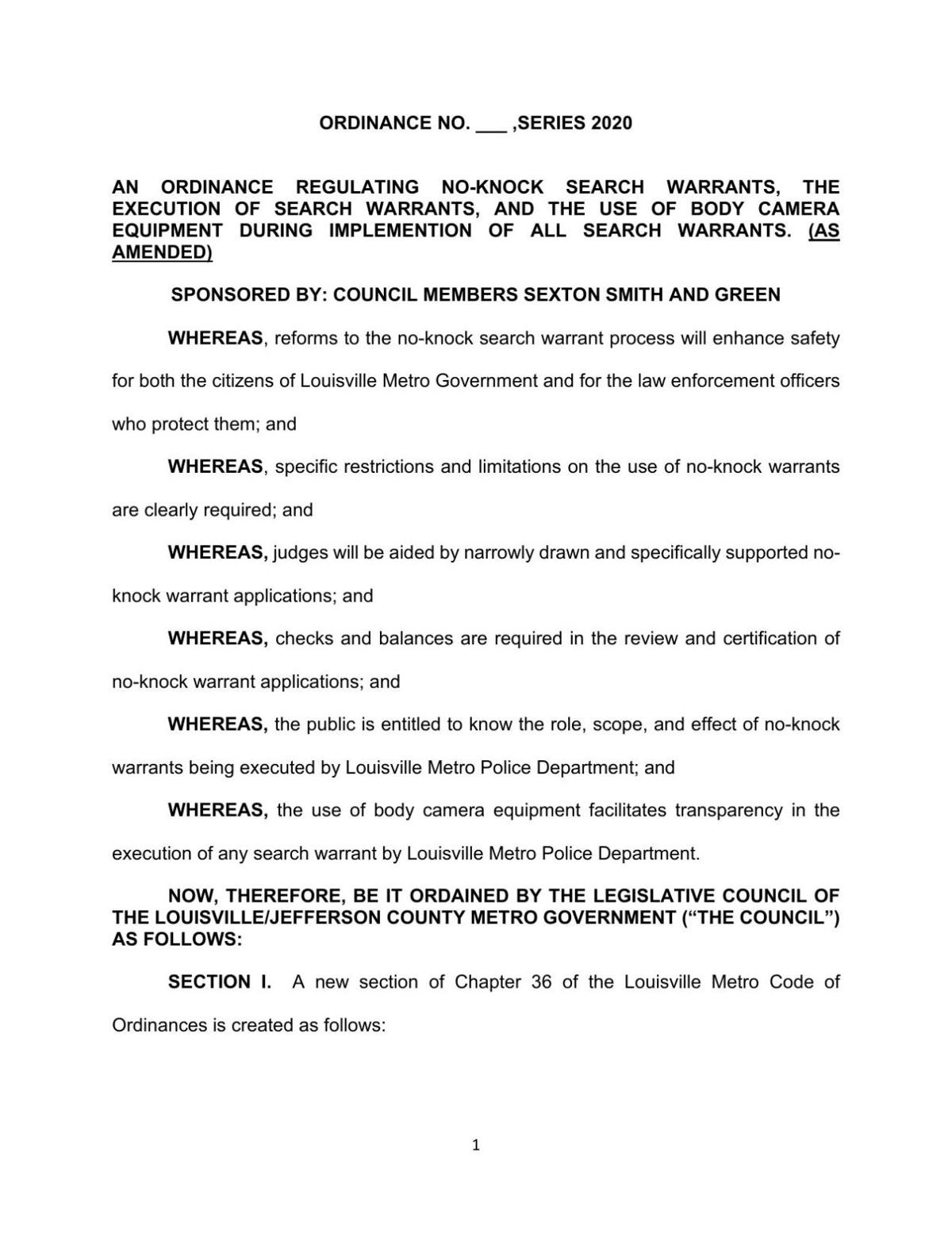 Mayor Greg Fischer was asked about his thoughts on a no-knock warrant ban and said he fully supports looking at the pros and the cons.

"We need to understand what the national best practice is behind this," Fischer said. "Is there a rationale for using them under very special circumstances? Normally, I know some people don't like this about me, but I want to take the time to get the facts before we make a decision based on what the best practice in the country is."

The Public Safety Committee said it will meet again Monday to discuss amendments to "Breonna's Law." The proposal is expected to be voted on by Metro Council next week.