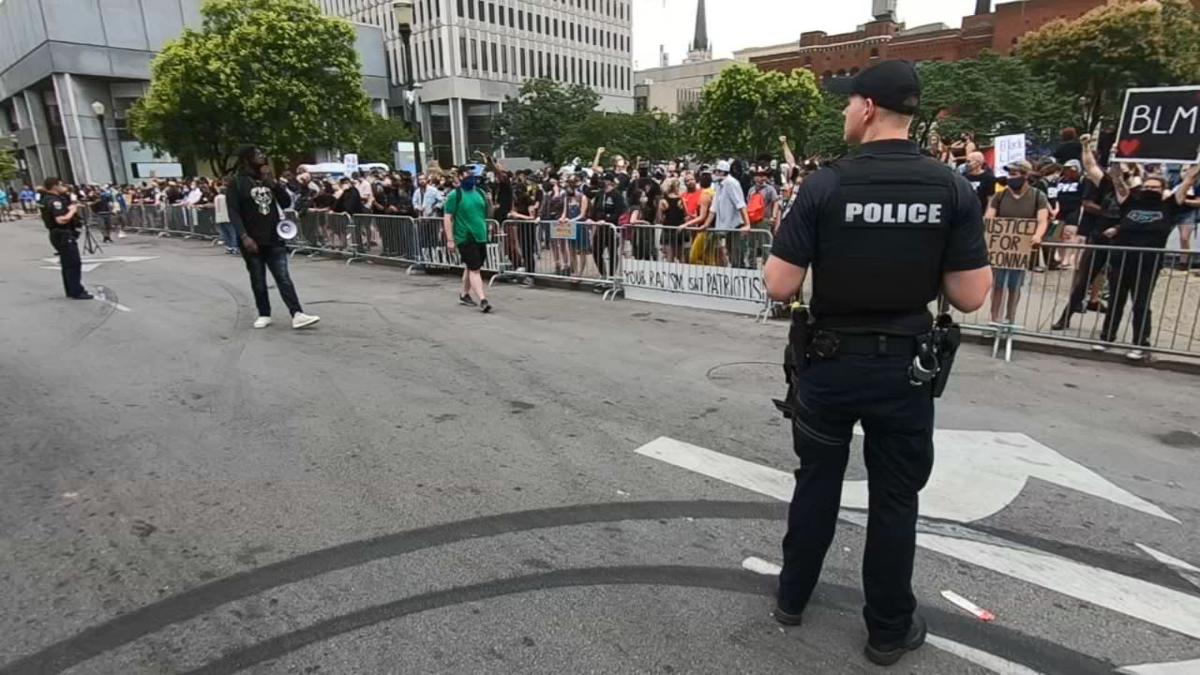 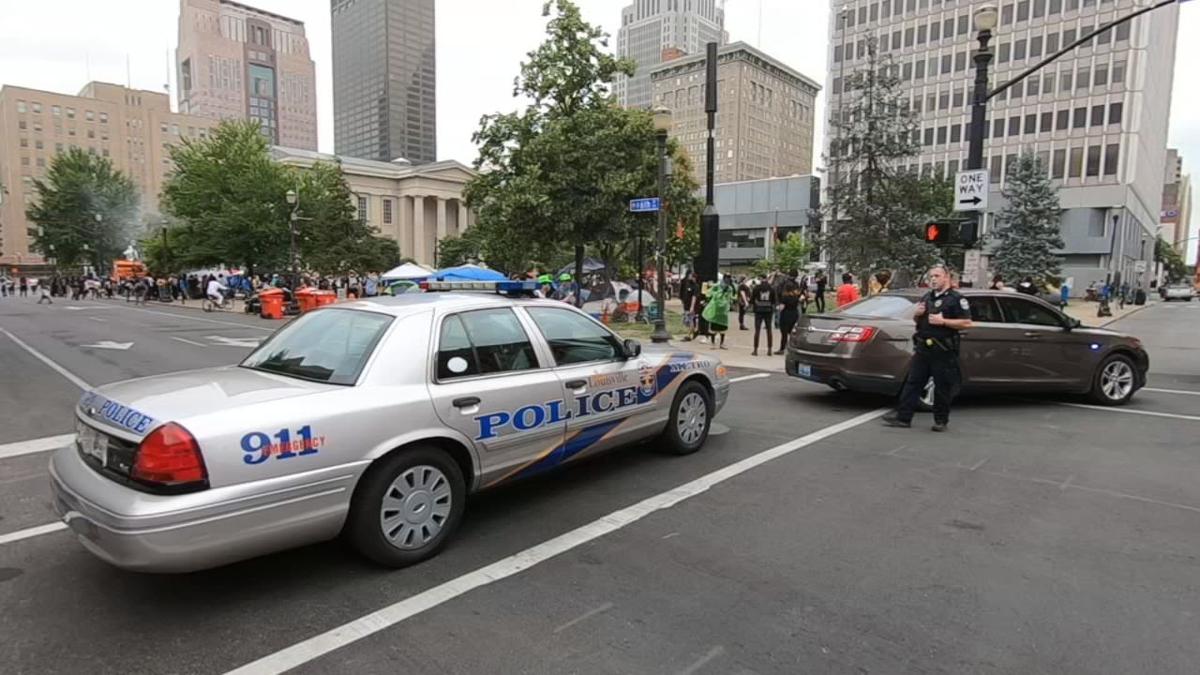 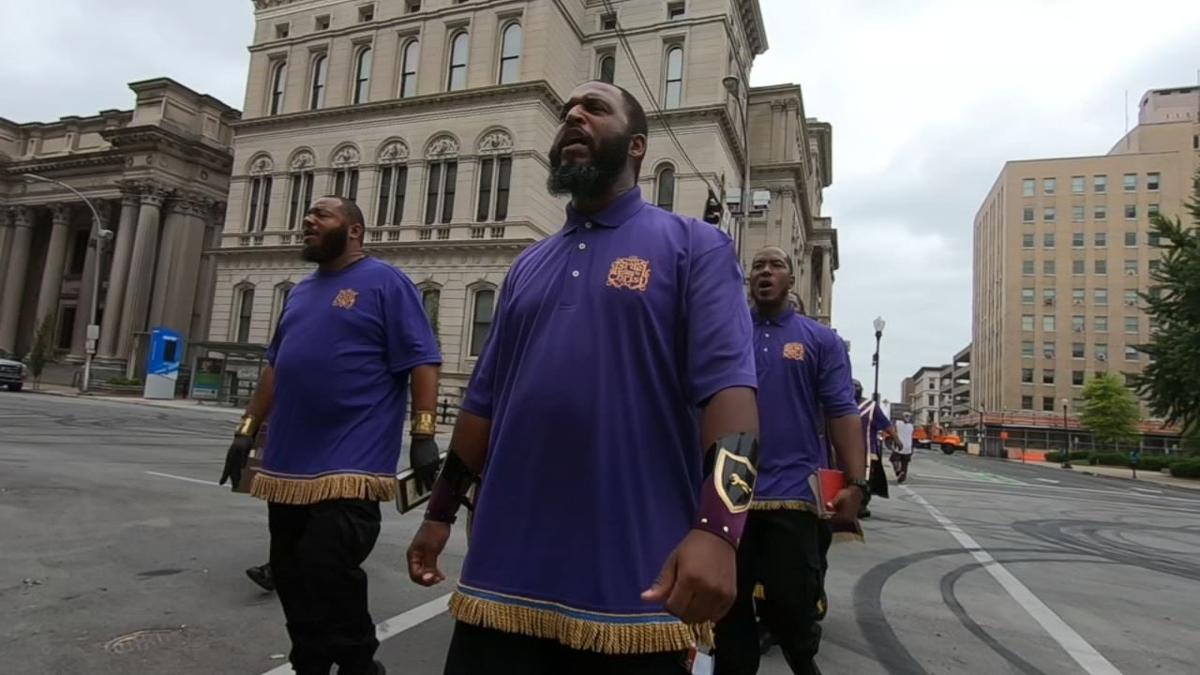 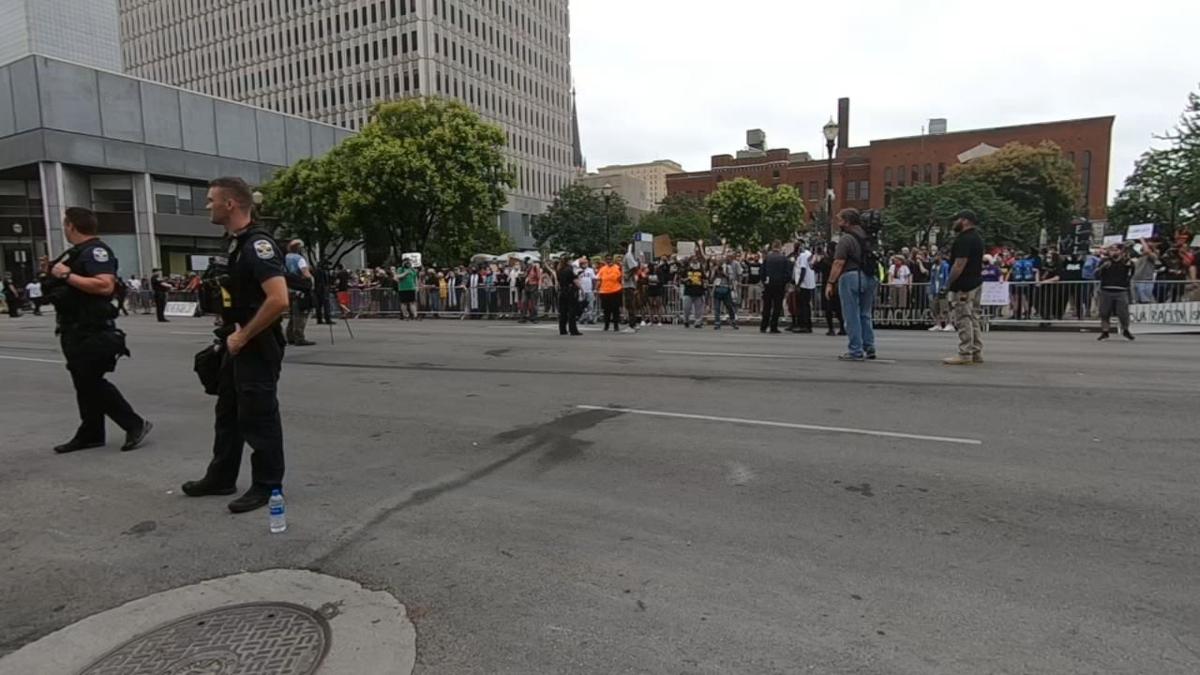 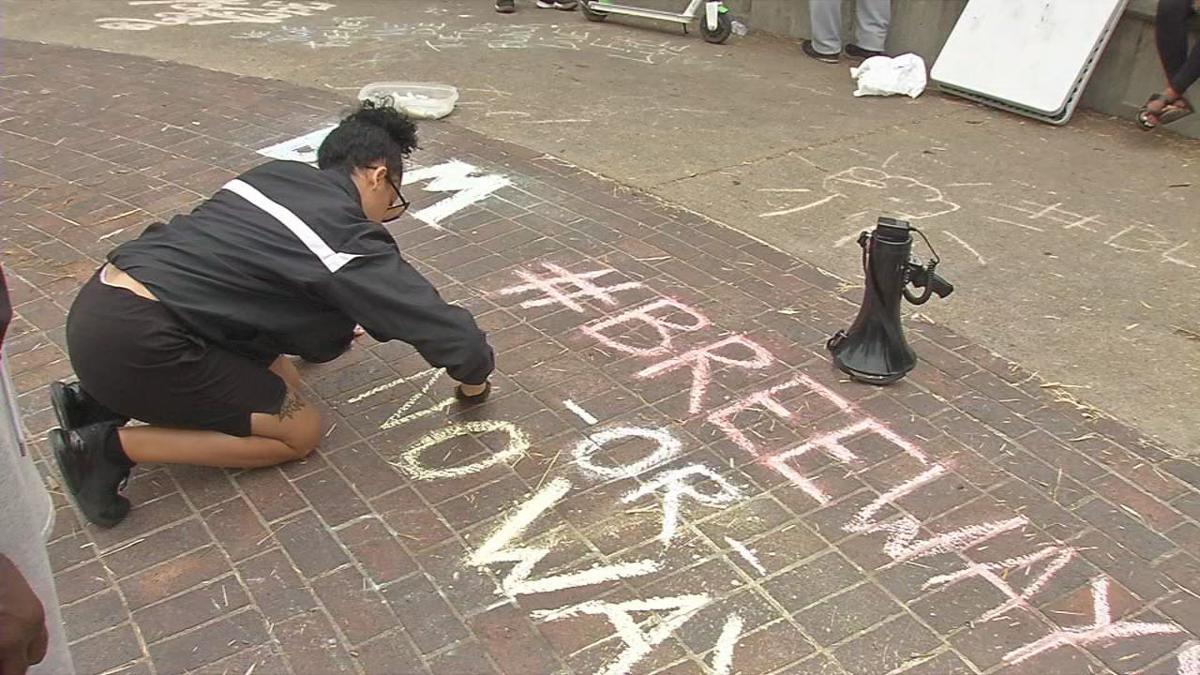 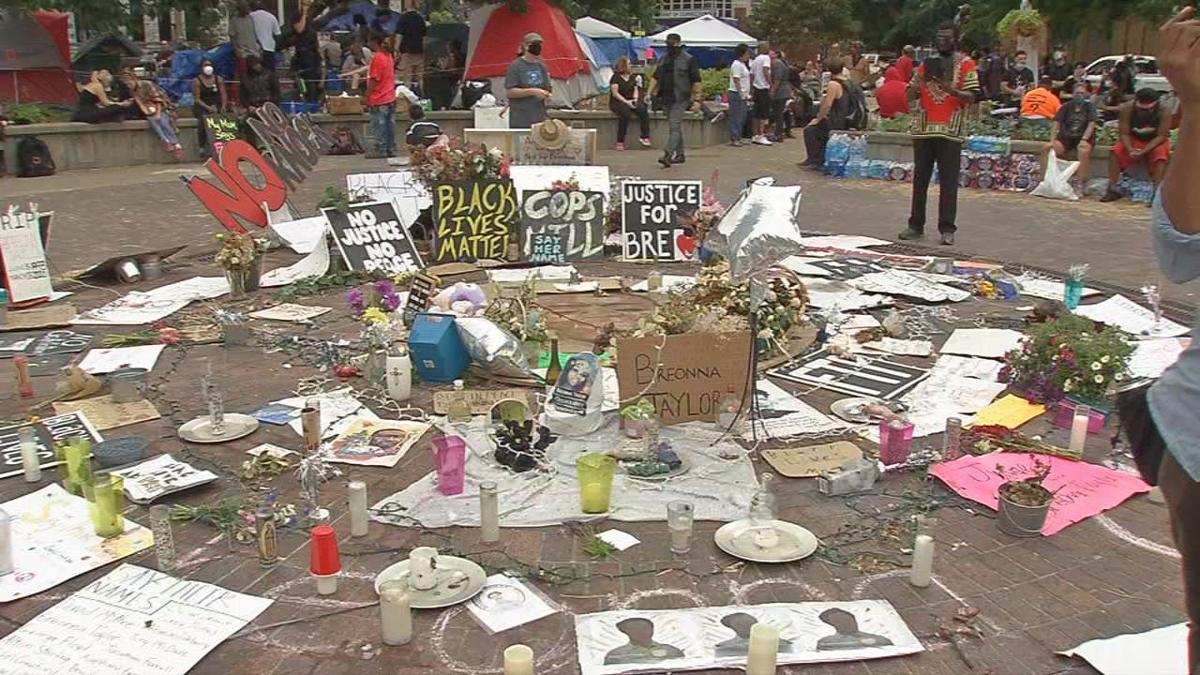 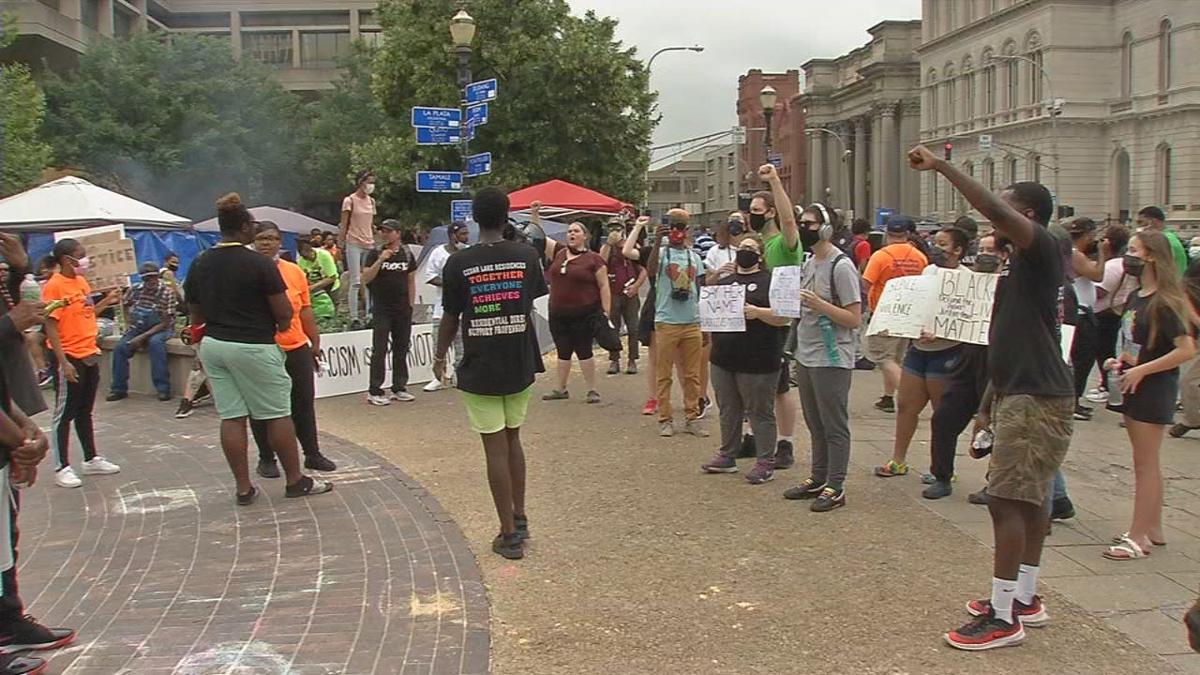 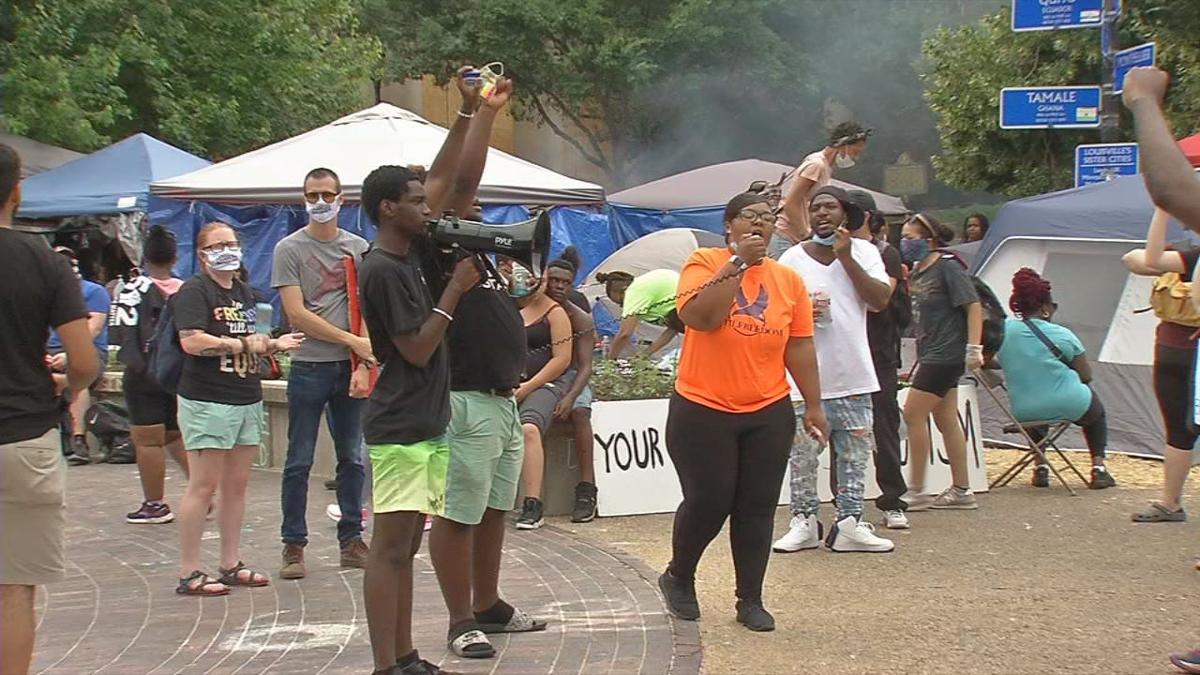 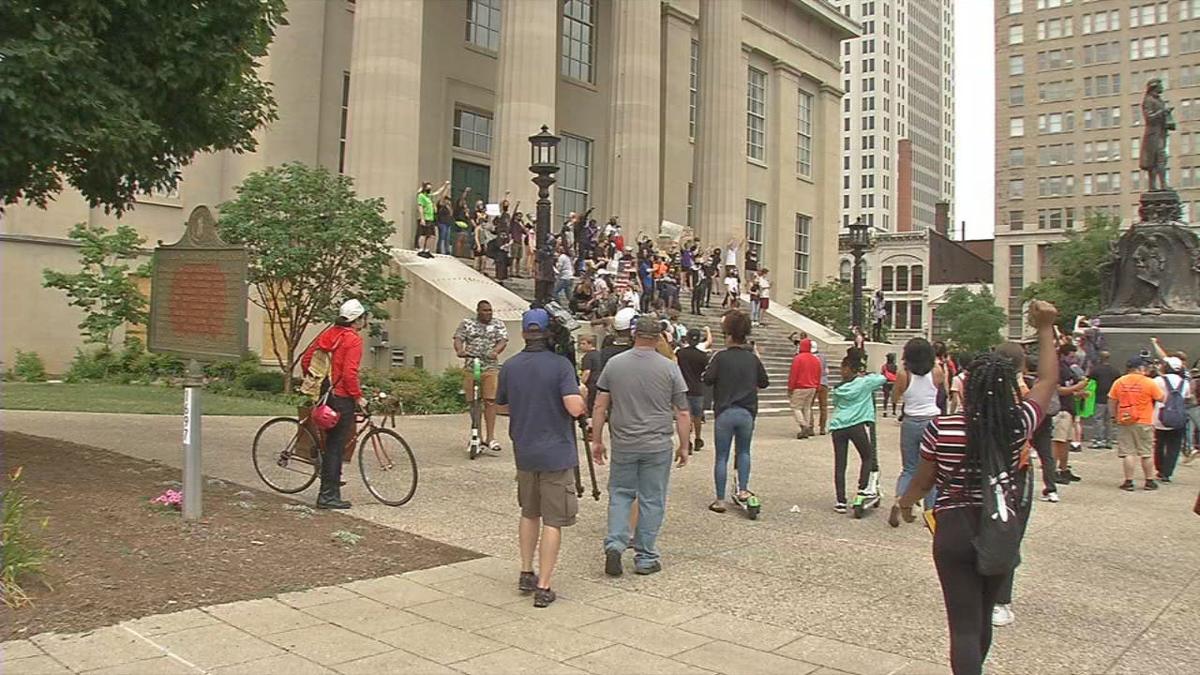 Earlier Friday, Louisville Metro Police Department announced plans to set up barricades, close streets and have an increased presence downtown amid reports of armed counter-protesters coming to the area.

For nearly a month, those protesters have marched and gathered in Louisville to demand justice for Breonna Taylor, who died March 13. Taylor, a black woman, was shot and killed by white LMPD officers during a raid on her apartment.

Protests in the last few weeks have remained largely peaceful, but some days were marked by violence, property damage, authorities firing tear gas and pepper balls at protesters and an altercation stemming from a group of protesters blocking traffic.

To oppose possible counter-protesters, the Facebook group Derbycity Autonomous Collective planned the "Louisville Against outside Agitators" event a 9 a.m. Saturday. Groups gathered in the area of Jefferson Square Park in anticipation of the counter-protesters showing up.

Just before 2 p.m. Saturday, a group of protesters left Jefferson Square Park and marched through downtown down Main Street to Louisville Slugger Field and back, according to WDRB's Sara Sidery.

“Everybody to one side!” Protesters left the park and started to march down Main St. — but are reminding everyone to give traffic a lane to pass. People in one lane, cars in the other. @WDRBNews pic.twitter.com/54zmYX6gFN

#Louisvilleprotest march went down to #louisville slugger field and now heading back down Jefferson st. Haven’t encountered a group of counter-protesters yet but people here believe they could be in the area. @WDRBNews pic.twitter.com/mCHCsTkzrk

Back inside Jefferson Square Park, protesters chanted as police, several yards away, were packing up barricades and clearing the area.

While a few protesters confronted some officers, those in charge of the protests told them to leave the officers alone to keep everything peaceful. Other officers stayed to talk to young people and listened to their concerns about systemic racism and mass incarceration of Black people.

Also on Saturday, families marched at Waterfront Park with their children leading the way as part of the Million Kid March.

This story has been updated to reflect the shooting that occurred at about 9 p.m.