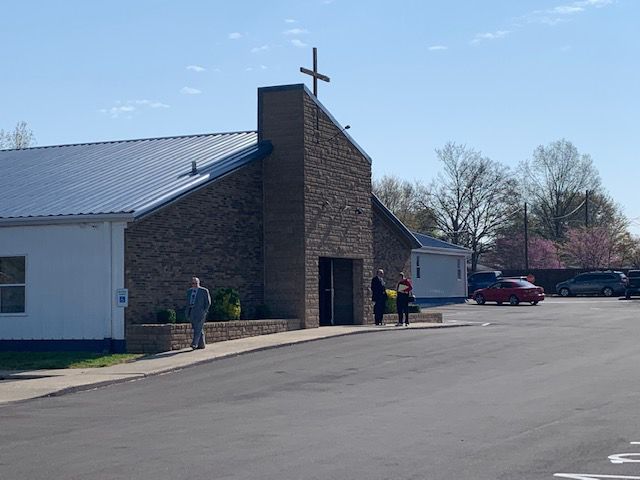 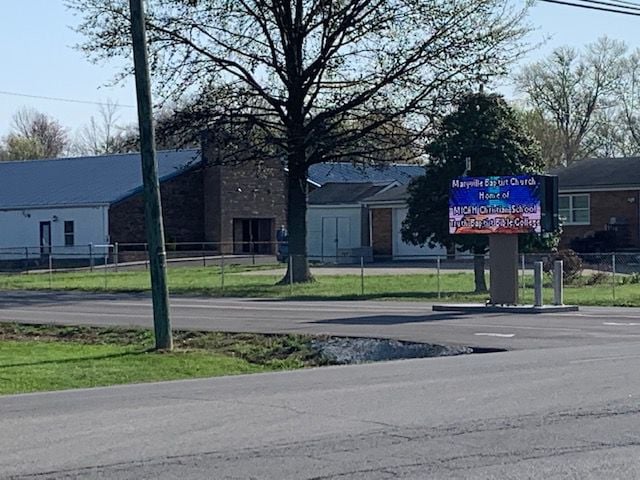 HILLVIEW, Ky. (WDRB) -- The bright LED sign outside Maryville Baptist Church in Hillview summed up why dozens showed up there — in-person — for Sunday church services.

"Fear is a reaction, courage is a choice," it read.

As the deadly coronavirus pandemic spreads across Kentucky, Senior Pastor Jack Roberts has pushed ahead with the in-person services even though its made him a target of Gov. Andy Beshear.

WDRB had a crew outside of the church Sunday morning. Two greeters were reportedly at the door as members — adults and kids — entered the building. Some also shook hands.

Some people are shaking hands as they walk through the doors. If the church is sticking with its typical schedule, its website says Sunday School is at 10 and the church service will be at 11.

"Don't think that I take it lightly. I've told my son don't come to church. I've told other folks," said Roberts. "You would not believe all the Christians that have already cast me into Hell."

Roberts says crowds are much smaller than usual and more spread out, the church is being cleaned between services, and is offering an online stream too.

"We've done internet ever since internet's been on. Internet's not the same as church," he said.

Roberts also says he has a constitutional right to continue in-person worship even as Governor Beshear straps down on gatherings like Maryville, since at least three church gatherings have already spread the virus and killed multiple people in Kentucky alone.

"We know that it's a scientific fact that him holding this service today will spread the virus within his congregation, and at Christmas, he's going to have fewer people in his congregation," Beshear said in his Sunday news conference.

Meanwhile, other churches are embracing what they consider necessary changes on this holy week.

At Louisville's St. Raphael the Archangel Parish, services have transitioned to online-only worship. Father Shayne Duvall says the adaptation is bizarre but necessary.

"Through the midst of all this, even though we're doing — kind of like this interview, over technology — it's the best we can do right now to keep everybody safe," he said.

Duvall is finding good in the bad and says his online-only sermons seem to be reaching new worshipers.

"My prayer is that when all of this is over I'm hoping that we have a good, strong, prayerful and devoted crowd," he said.

To ensure social distancing guidelines are followed amid the novel coronavirus outbreak, Beshear issued an executive order on March 19 that banned all mass gatherings — "any event or convening that brings together groups of individuals, including, but not limited to, community, civic, public, leisure, faith-based, or sporting events; parades; concerts; festivals; conventions; fundraisers; and similar activities," the order says.

As of Sunday evening, Kentucky is reporting at least 955 total confirmed positive cases of COVID-19. At least 45 people have died from the virus.

On March 15, the Centers for Disease Control and Prevention recommended that no gatherings with 50 people or more take place for the next eight weeks in an effort to slow the spread of COVID-19.