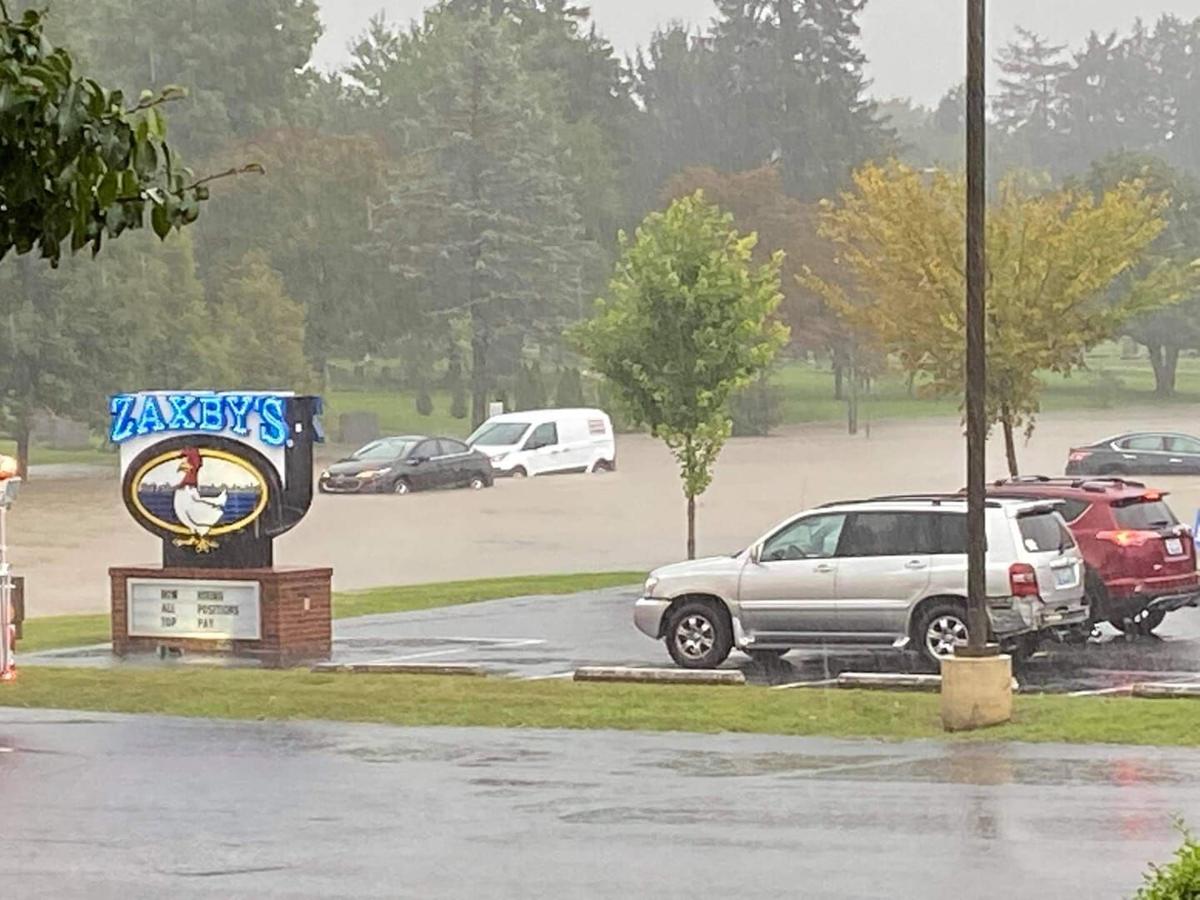 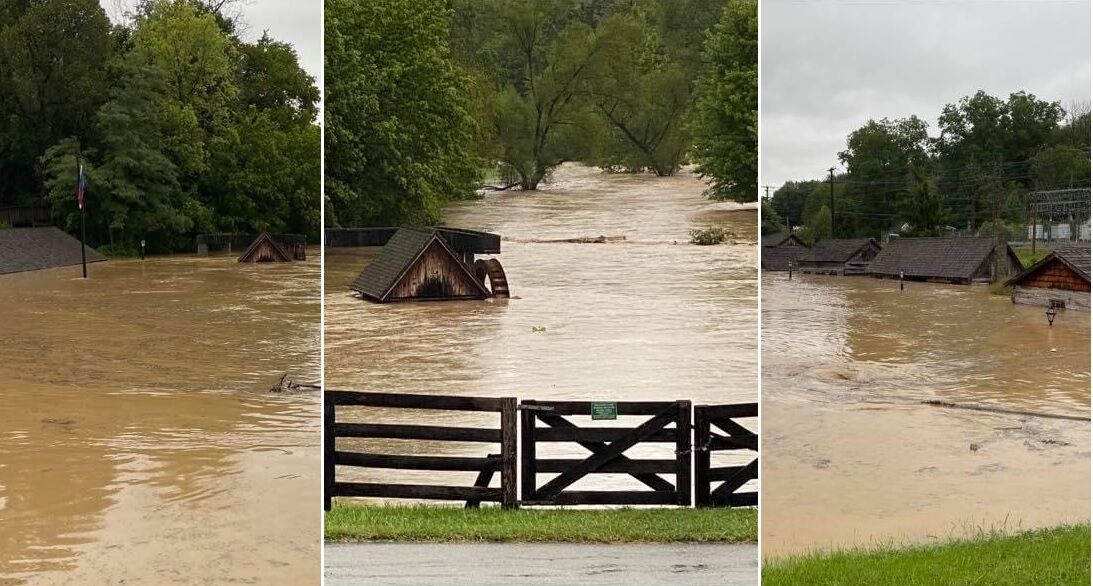 Streets were under water in Bardstown as the storm moved through around 6 a.m. Bardstown Fire Chief Billy Mattingly said his crews were getting "one call after another" with everything happening in about 15 minutes.

Bardstown and Nelson County fire crews handled three fires during the storm. One of the fires may have been caused by lightning.

Mattingly said his team also had three water rescues as roads quickly flooded in the downpour.

Much different scene on 3rd St. in Bardstown. Cars needed to be towed out of the flooded road here just a few hours ago. @WDRBNews pic.twitter.com/3rmO3QAwjo

The water quickly receded, leaving debris and stranded cars on the roads. Some vehicles had to be towed after being flooded by the Zaxby's on Third Street in Bardstown.

Photos and videos on social media showed how high the water rose as people tried to drive through the flooding.