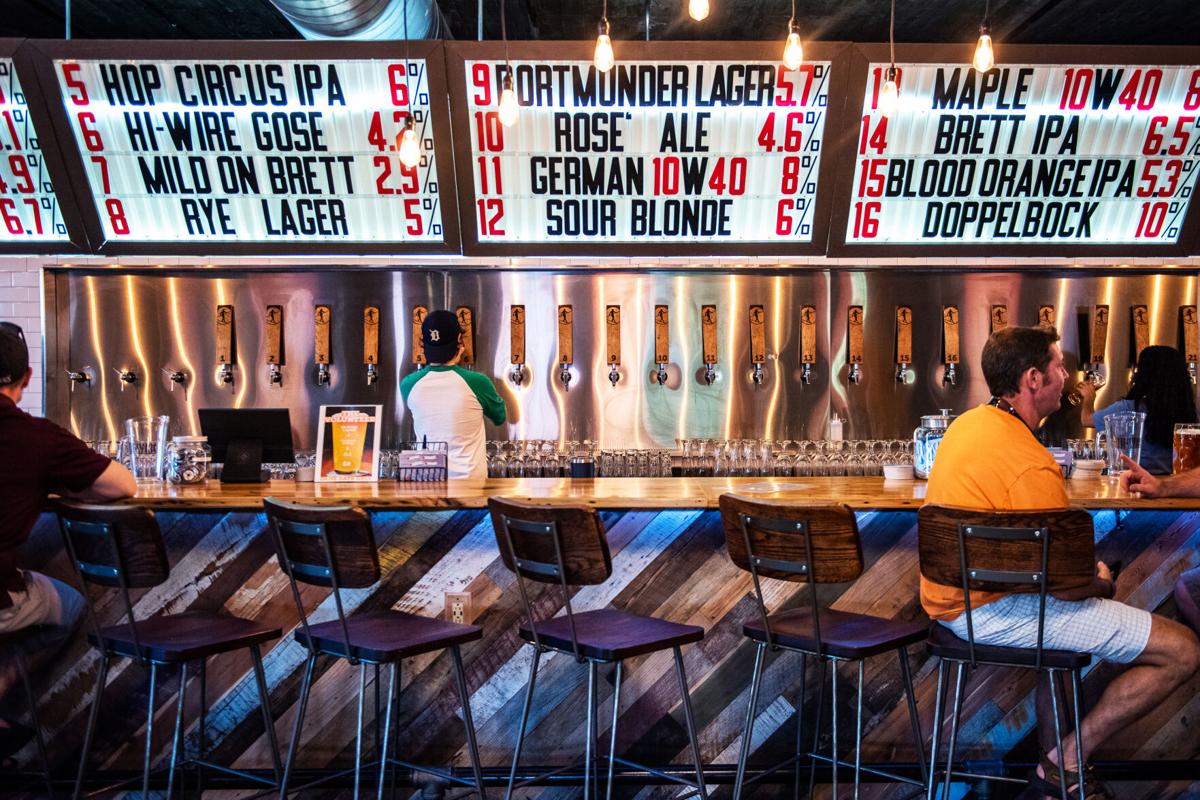 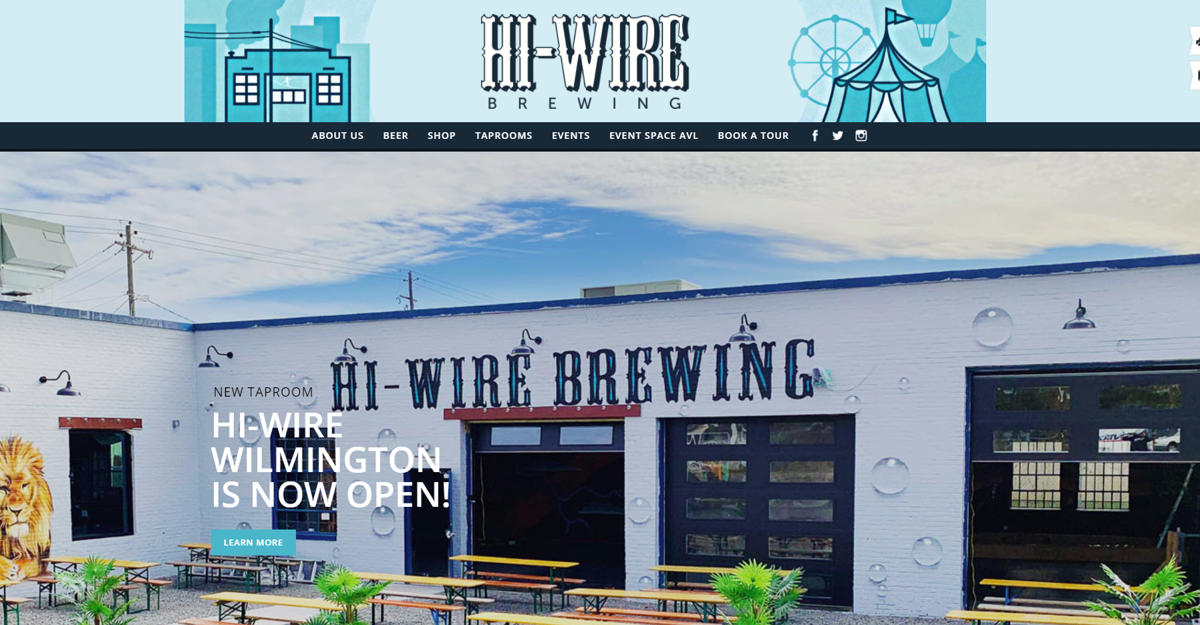 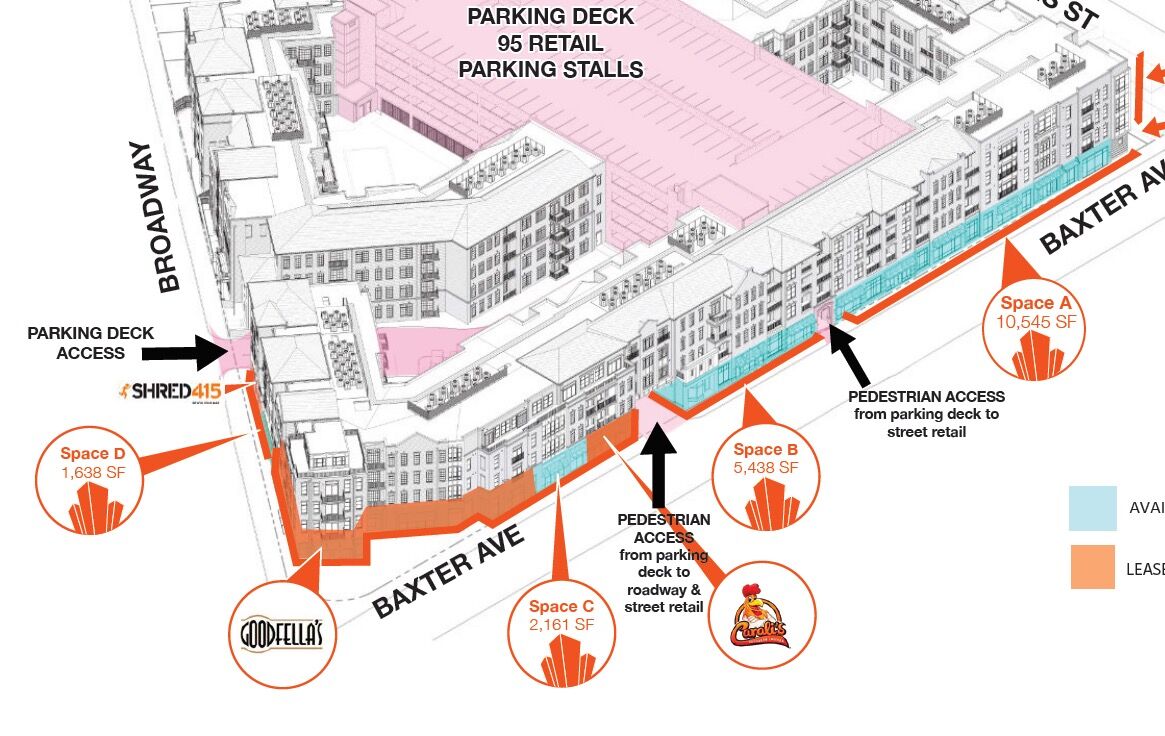 The retail space at the Baxter Apartments, courtesy of TRIO Commercical Real Estate 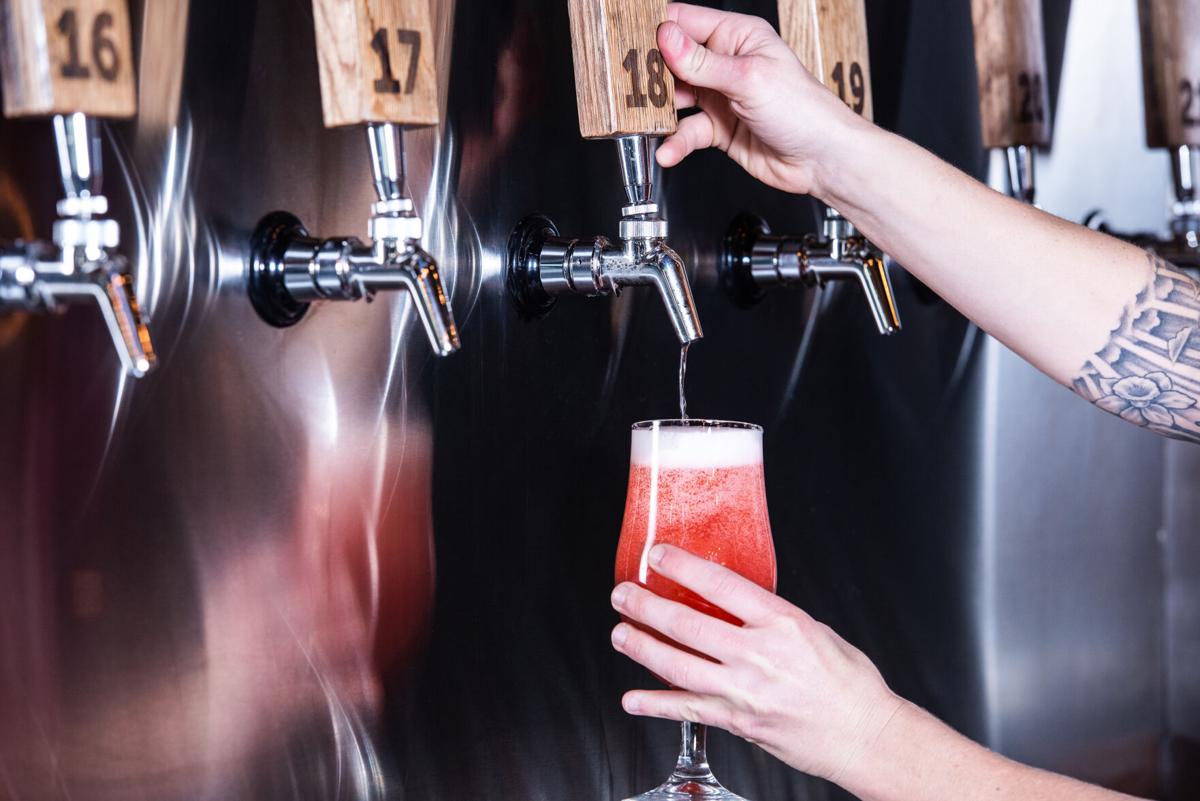 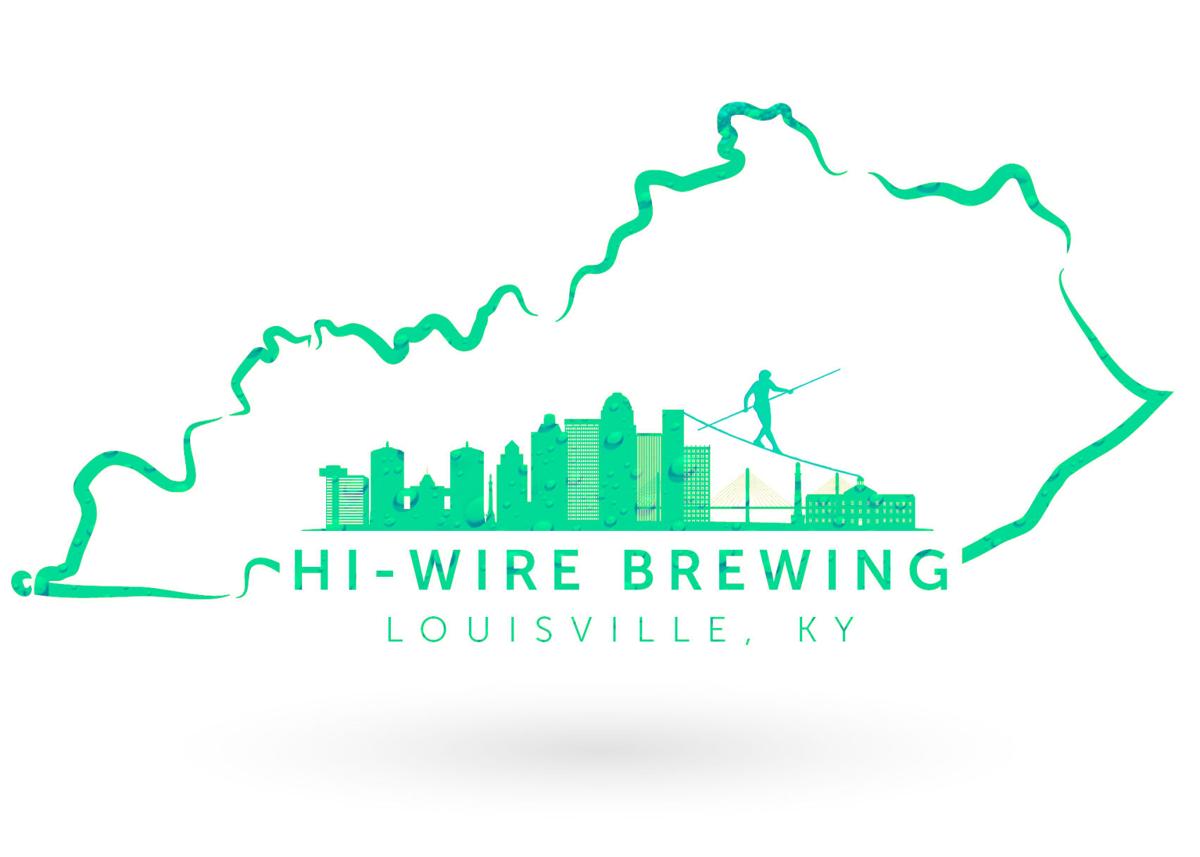 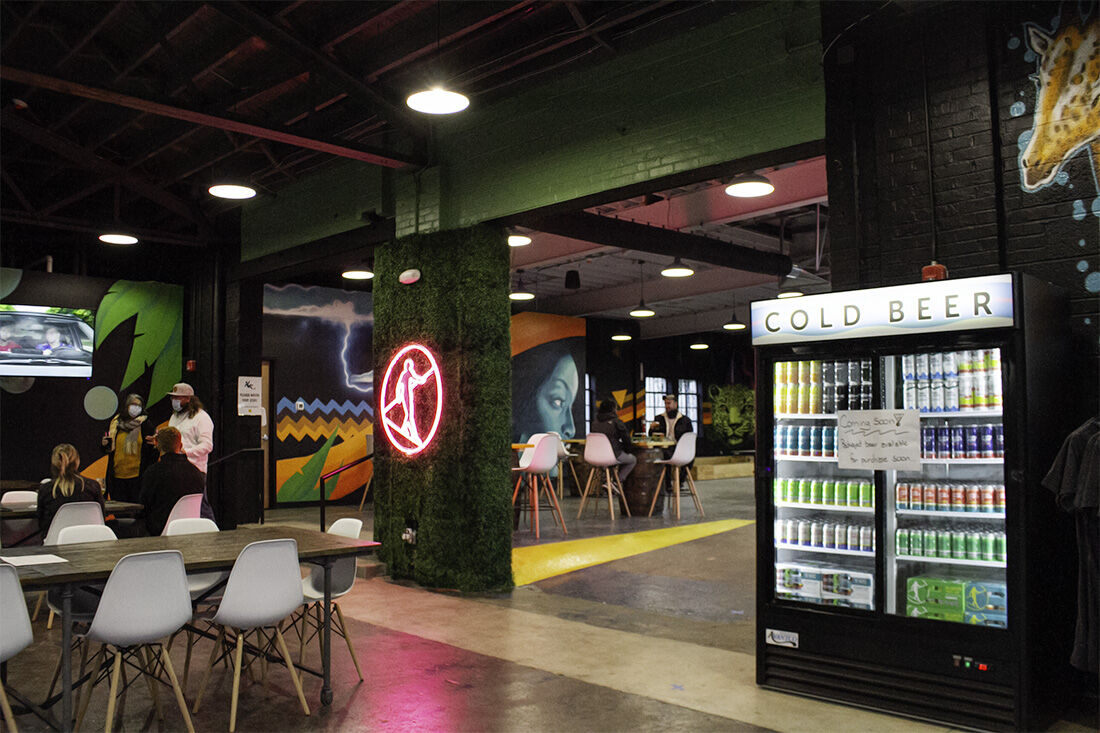 The Asheville-based brewery said Louisville will be its second taproom outside of North Carolina (the other is in Knoxville, Tennessee) and that it will become the first out-of-state brewery to open a taproom in Kentucky.

Chris Frosaker, co-owner of Hi-Wire Brewing, told WDRB in an interview that the brand has done well since Hi-Wire beer began being distributed in Kentucky two years ago, and that Hi-Wire likes to place taprooms in cities with "an up and coming beer scene."

Hi-Wire has already collaborated on a beer with Louisville-based Against the Grain, he said.

"I have a special place in my heart for Louisville. I love going up there," Frosaker said "....I just think the town feels great. I like I like the vibe. I like the neighborhood bars. I like the distinct neighborhoods in the city. I feel like that's kind of a dying trend in a lot of midsize towns."

The 5,500-square-foot taproom will occupy one of the first-floor retail spaces at the newly built Baxter apartment building at Broadway and Baxter Avenue.

Frosaker said work to outfit the space will begin in March, with the goal of opening in the "mid" summer. He said financing isn't an issue, though he declined to share how much the brewery will spend on the project.

Because of Kentucky law, he said, the taproom will produce small batches of beer, but most of the product served in Louisville will come from Hi-Wire's production facility in Asheville. The taproom will have 21 Hi-Wire beers on tap and serve wine, he said.

"You'll walk in (and) it will be very, very bright. Very vibrant. Lots of communal seating," Frosaker said.

The taproom will also feature games such as ping pong, shuffleboard, foosball and "soccer pool," which Frosaker described as life-sized billiards played on a 20- by 30-foot court with soccer balls.

Frosaker said Hi-Wire's other five taprooms have managed with reduced capacity during the pandemic, which didn't slow the brewery's timeline for opening in Louisville.

"We definitely hope by the time we open this summer that we will be on the other side of this thing. But even if we're not, we're confident that we're able to open be profitable and be safe at the same time," he said.

Theresa Carnes, a broker with TRIO Commercial Real Estate, which is handling the leasing of the space for the apartment building, confirmed the deal on Tuesday.