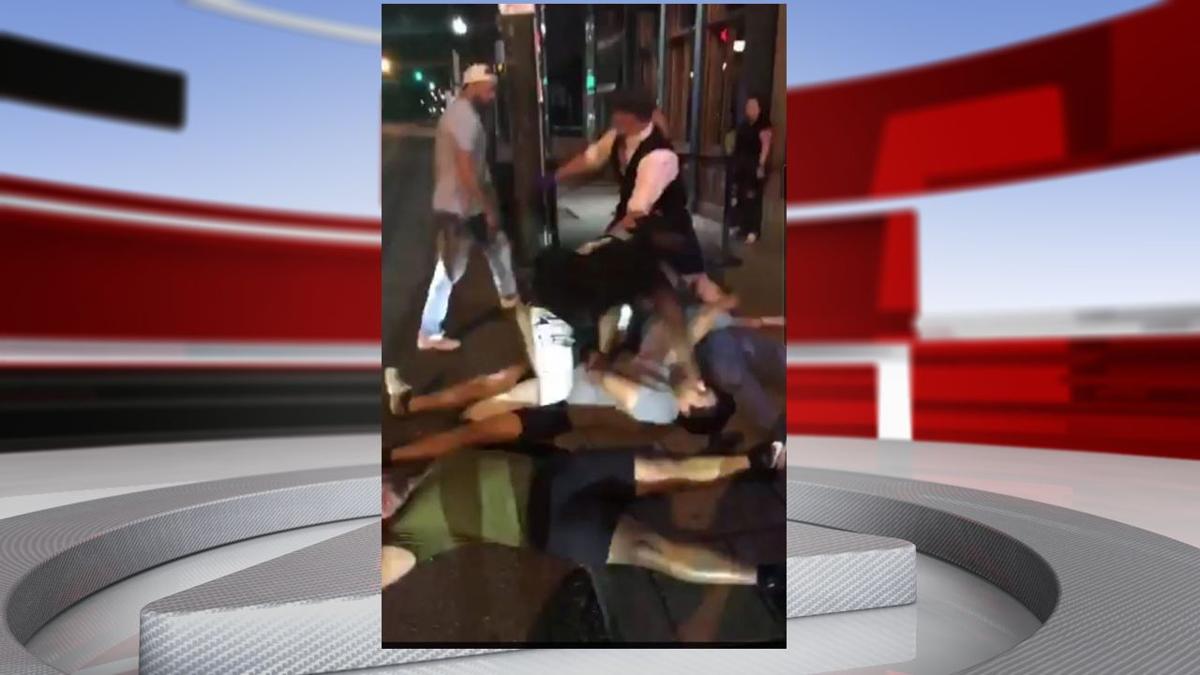 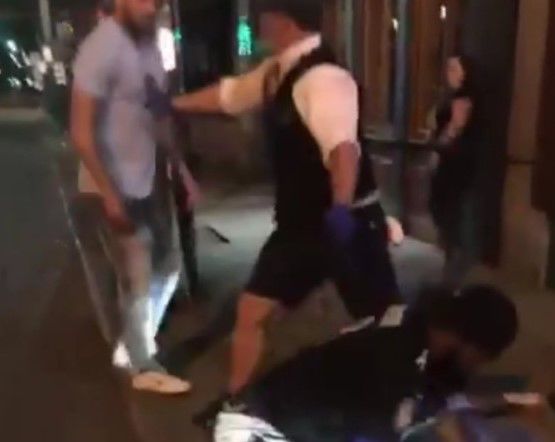 Louisville Metro Police Department is asking the public's help in identifying the suspects. The assault took place around 3 a.m. Friday on Baxter Avenue.

LMPD posted a video of the assault on its Facebook page.

One of the victims is in the intensive care unit and is not able to communicate, according to a news release. All three victims required medical treatment.

Police said they believe one of the suspects, who wears white hat in the video, may be named Matt.  Both suspects will be charged with second-degree assault, police said.

Police asked that anyone with information about the incident call 574-LMPD.