LOUISVILLE, Ky. (WDRB) -- A Louisville man who was paid $7.5 million by the city of Louisville after a wrongful murder conviction has been indicted on gun- and drug-related charges.

A Jefferson County Grand Jury indicted Kerry Porter, 57, on six counts, including possession of a firearm by a convicted felon, two counts of possession of stolen firearms and illegal possession of a controlled substance and drug paraphernalia.

Porter on Nov. 30 had called 911 to report an unwanted guest in his home, but police took him to jail on weapons and drug charges. While Porter was exonerated in the 1996 murder of Tyrone Camp, he has other non-violent felonies on his record from the early 90s.

The weapons case against Porter was originally dismissed, but prosecutors had the option to take evidence back to a grand jury to decide whether to re-charge Porter. 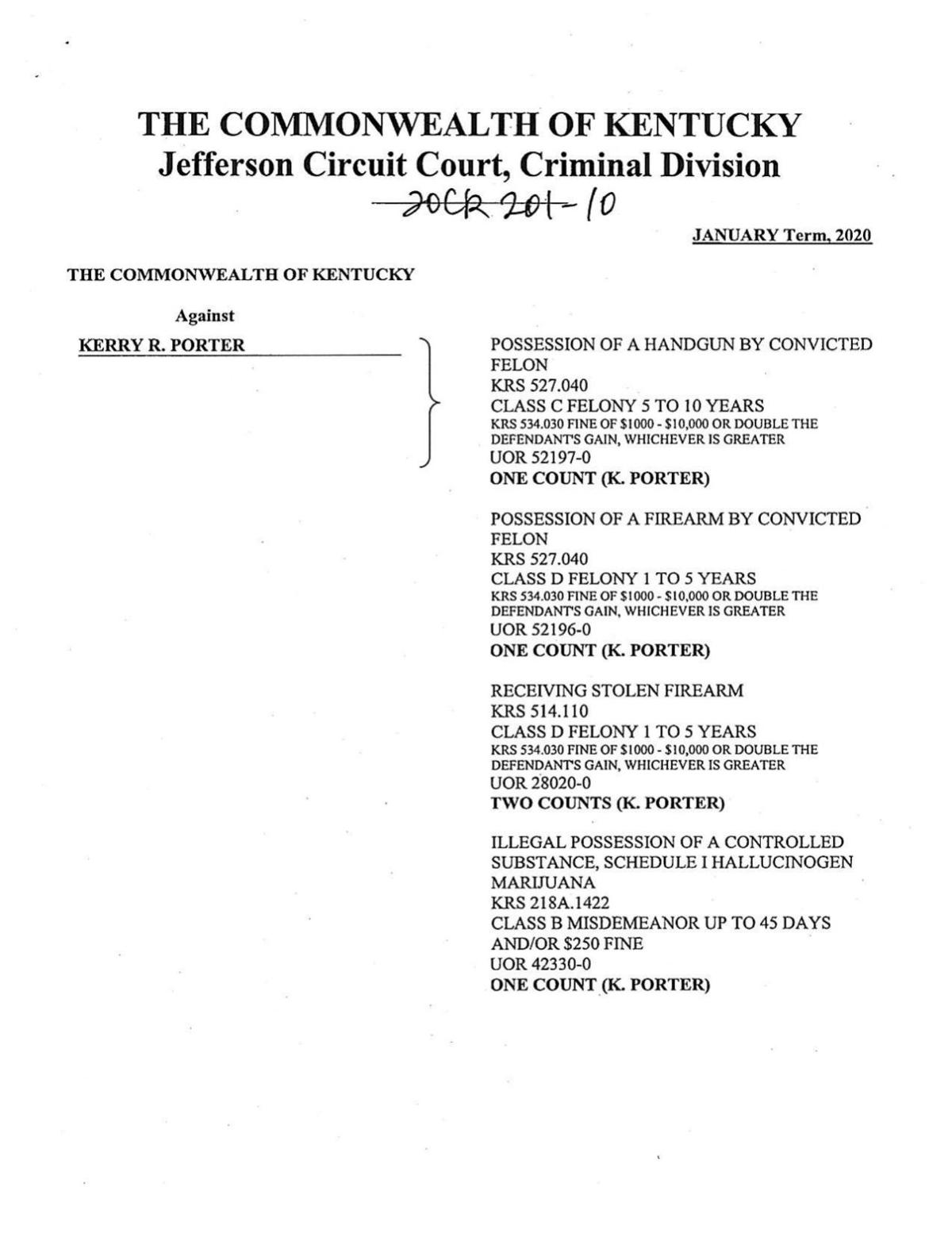 Porter was paid $7.5 million by the city of Louisville after the false prosecution in Camp's murder. He was in prison for nearly 15 years, but some of that time served was for an unrelated case.

Porter said Camp’s real killers want him dead. At a 2017 hearing, an LMPD detective confirmed an investigation about a possible hit on his life.

Porter is due back in court Jan. 27 to be arraigned.