Fischer said he is proud of Metro Council for passing the resolution in late September. Thirteen councilmembers voted "yes," eight voted "no" and four voted "present."

"It's not only about Black American descendants of slaves. It's about America," said Michael Meeks, Louisville's interim chief equity officer. "It's about America and Americans setting out to deliberately right a historic wrong." 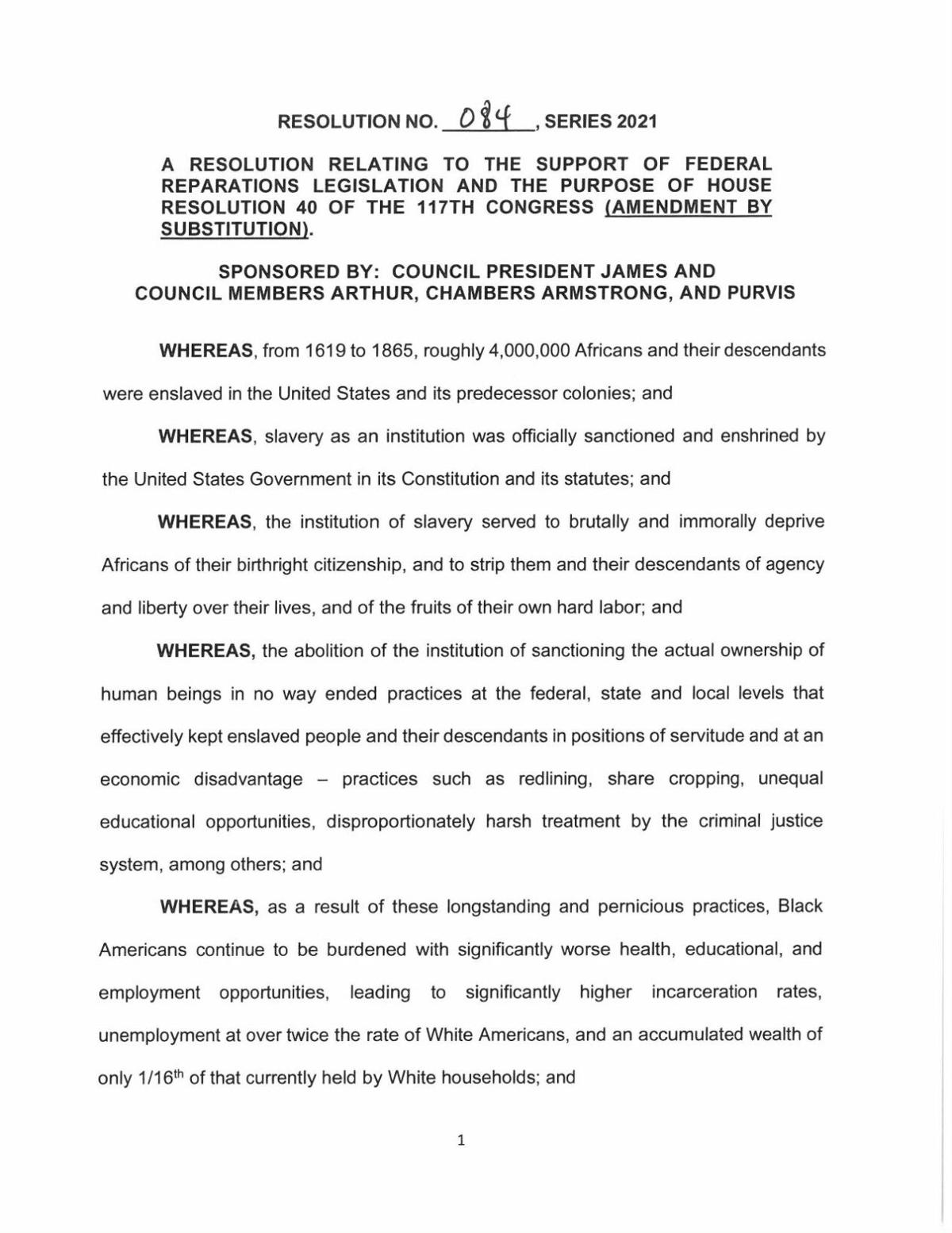 Councilman Jecorey Arthur, D-4, was one of the resolution's sponsors.

Arthur said his next step is to encourage other cities to pass similar resolutions.

"Once you have a bulk of American cities pushing on the federal government to say, 'This debt is owed. You need to pay. You need to do something about this,' I guarantee there will be movement with Congress itself," he said. "We're not paying anything from the city of Louisville. This is a resolution that's going to Washington D.C., and it's putting them on notice that you need to do something."

"This resolution is a show of support," Fischer added. "Hopefully, Congress can move on it."