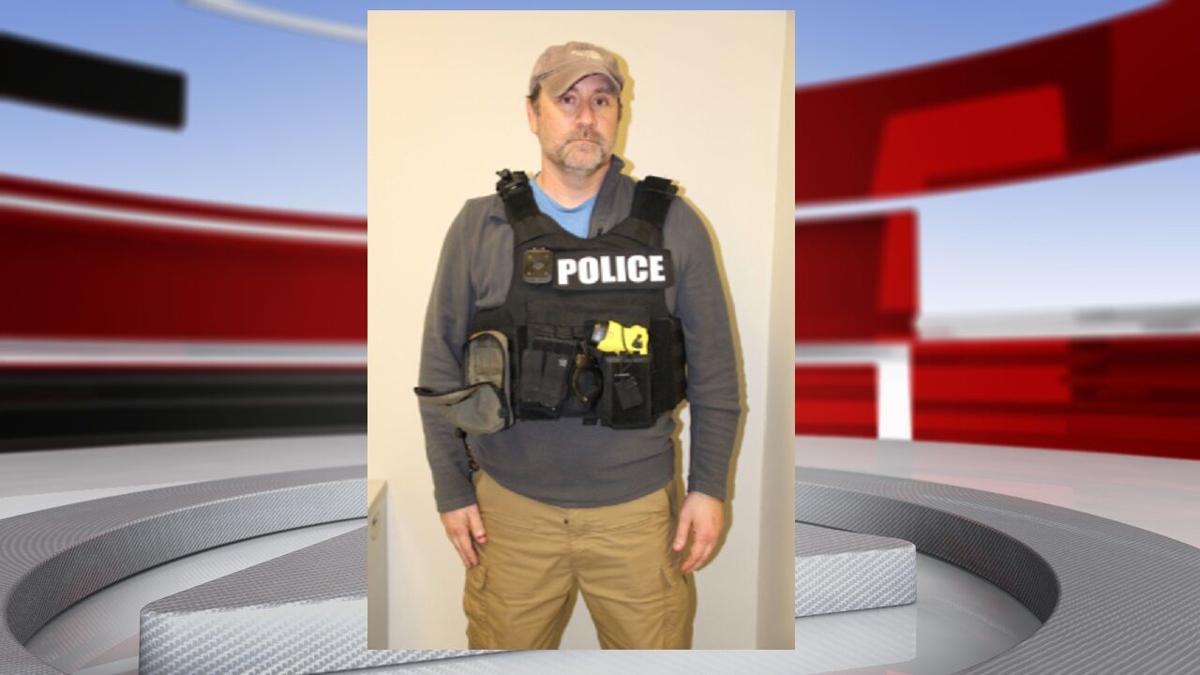 In a letter, Gentry notified Detective Joshua Jaynes of her intent to fire him for breaching Louisville Metro Police Department policies on truthfulness and search warrant preparations.

Thomas Clay, Jaynes' attorney, said he and Jaynes will appear at a Thursday administrative hearing "to contest his proposed firing."

Detective Myles Cosgrove, who fired the bullet that killed Taylor, also received a pre-termination letter from Gentry on Tuesday, his attorney confirmed to WDRB News. The attorney, Jarrod Beck, had no other comment.

If their terminations are upheld, they would be the second and third officers to be fired for their role in the fatal raid early on March 13.

Detective Brett Hankison was fired in June and indicted by a Jefferson County grand jury in September on wanton endangerment charges for shooting into a neighboring unit.

In an email to the police department on Tuesday, Gentry wrote, "I had to make some tough decisions. I do, however, believe I was fair and I intend to take all mitigating circumstances into consideration.

"... Bringing closure to this case is important not only for the families impacted but for all of you to stop working under the cloud of suspicion."

Police shot and killed Taylor, 26, while she stood in the hallway of her apartment on Springfield Drive near Pleasure Ridge Park. Kenneth Walker, her boyfriend, fired a single shot as officers broke down the front door; he has said he thought officers were intruders.

Cosgrove told internal investigators he doesn't recall many details of the shooting and described being disoriented. He said he saw "this shadowy figure" and had tunnel vision.

"I did not have any hand sensation or any recollection that, that, I'm firing a gun," he told investigators. "If you told me I didn't fire a gun I'd be like 'Okay, I believe you.'"

In her letter to Jaynes, Gentry said there should have been "better controls, supervision and scrutiny" in preparing the warrant.

"Because the operations plan was not completed properly a very dangerous situation was created for all parties involved," Gentry wrote.

Jaynes has been accused of providing false information in the search warrant affidavit that Judge Mary Shaw signed on March 12. a warrant affidavit written and signed by Jaynes said he had "verified through a U.S. postal inspector that Jamarcus Glover, whom she had dated, had been receiving packages" at Taylor's home.

But Louisville police were repeatedly told there were no packages, "suspicious or otherwise," delivered to Taylor's home, according to testimony in an internal LMPD report.

Gentry went on to say that Jaynes lied "when he swore a US Postal Inspector advised 'that Jamarcus Glover has been receiving packages at 3003 Springfield Drive #4.'"

Judge Shaw previously said she was "concerned but deferring to the FBI investigation."

Jaynes told investigators with the police department's Public Integrity Unit in May that he did not intentionally mislead Shaw, but he acknowledged that he could have worded the affidavit “differently.”

"Your actions have brought discredit upon yourself and the department," Gentry wrote to Jaynes. "Your conduct has severely damaged the image our Department has established within our community. The results of your actions seriously impede the Department's goal of providing the citizens of our city with the most professional law enforcement agency possible.

"I cannot tolerate this type of conduct or untruthfulness by any member of the Louisville Metro Police Department," she concluded.

Gentry said Jaynes can present additional information in a hearing on Jan. 4, after which she'll "take action based upon my review of the Professional Standards Investigation file."

Lonita Baker, an attorney for the Taylor family, said that while she’s pleased by Gentry’s decision, firing him is the "bare minimum." She urged prosecuting authorities to charge Jaynes with perjury.

WDRB News reported in May that a Louisville postal inspector contradicted Jaynes' claim on the warrant affidavit, bringing new scrutiny on the police department's justification for the warrant for Taylor's home. The other properties targeted were miles away and known drug houses.

In a May 19 interview with investigators, Jaynes acknowledged he didn't contact the postal inspector but instead asked Sgt. Mattingly to check whether Glover was receiving mail at Taylor's home.

Kentucky Attorney General Daniel Cameron, whose office investigated the shooting and presented the case to a grand jury in September, said his staff did not review the circumstances of how police applied for the warrant; federal authorities are investigating that aspect of Taylor's death.

Earlier this year, an investigator with the police department's Public Integrity Unit concluded that Jaynes’ actions should be reviewed for possible criminal charges.

Jaynes told investigators he observed Glover leave the apartment on Jan. 16 "with a suspected USPS package in his right hand." He said several photos were taken for documentation.

Mattingly told him in February that Glover was receiving Amazon or mail packages at Taylor's home, but nothing had been designated as "suspicious" by the postal inspector, Jaynes said.

In an interview with Louisville police investigators, Shively police Sgt. Timothy Salyer said he and Shively Detective Michael Kuzma got a text from Mattingly on Jan. 17 asking that they check with a postal inspector to see if packages were being sent to Taylor's home for Glover.

Both Shively officers say the postal inspector told them there were no packages being sent to Taylor's home -- information that was promptly and accurately given to LMPD.

After Taylor's death, both Salyer and Kuzma became concerned when they read the warrant affidavit written by Jaynes. Salyer asked Mattingly about what Jaynes said in the affidavit.

"Sgt. Mattingly stated he told Detective Jaynes there was no package history at that address," Salyer told investigators.

"Was it – it – the way that you worded that specific bullet point in your affidavit, was it your intent to mislead the – the reviewing judge?" Jaynes was asked by the Public Integrity Unit in the interview.

"No, not at all," Jaynes answered. "And like I said, I could have – I – I could have worded a little bit differently in there."

Tuesday evening, the River City FOP acknowledged the pre-termination letters and said it'll coordinate with members Jaynes and Cosgrove and their attorneys during the ensuing process.

"In the near future both members will have an opportunity to have a hearing before the chief of police and respond to the information contained in the notices," the lodge wrote in a statement. "After those hearings, when the chief makes her final determinations, our members have the right to appeal any discipline that may be issued."