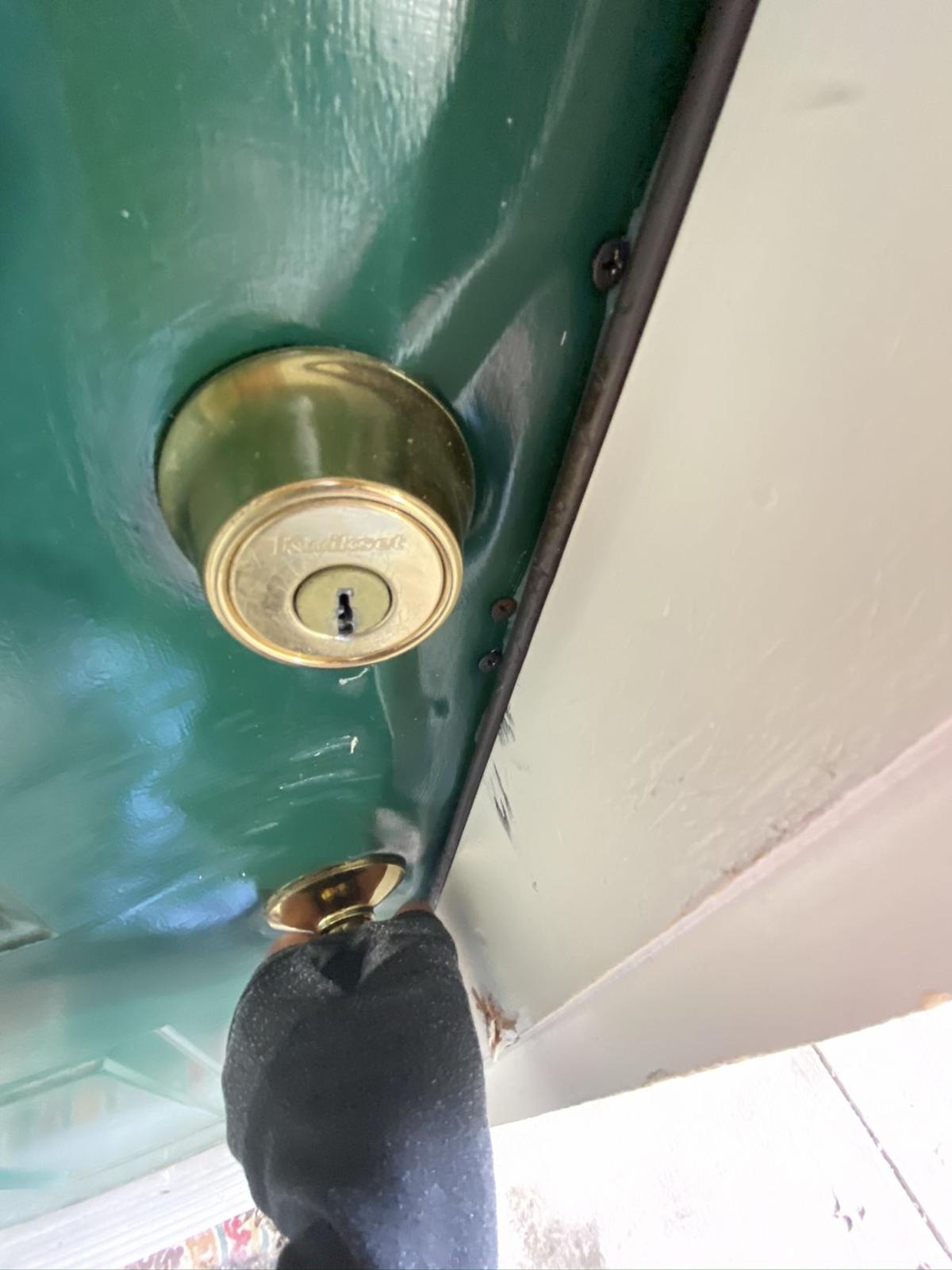 A portion of a search warrant used as justification to raid former EMT Breonna Taylor's home.

LOUISVILLE, Ky. (WDRB) – A U.S. postal inspector in Louisville said Metro police did not use his office to verify that a drug suspect was receiving packages at Breonna Taylor's apartment, one of the factors listed in officers' request for a "no-knock" warrant for her home.

But Tony Gooden said a different law enforcement agency asked his office in January to investigate whether Taylor's home was receiving any potentially suspicious mail. After looking into the request, he said, the local office concluded that it wasn't.

"There's no packages of interest going there," he said in an interview after WDRB News contacted him Friday.

Louisville Metro Police shot and killed Taylor, an emergency room tech and former EMT, during an early morning raid March 13. The shooting of Taylor, a black woman, has drawn national scrutiny and calls for an independent probe.

Gooden's disclosure raises new questions about the Louisville police department's justification for a warrant that allowed officers to enter the Springfield Drive apartment without knocking or identifying themselves — and why her home was even targeted.

Gooden declined to identify the agency that made the request for his office's aid, but said it occurred in January. Around the same time, according to an affidavit, Louisville police were conducting surveillance on Taylor's home, where they believed Jamarcus Glover — their main target — was keeping narcotics or proceeds from drug sales.

A day before the raid, a detective asked a judge to approve the warrant in part because he claimed a postal inspector verified that Glover was using Taylor's home to receive parcels, the affidavit says.

It is "possible" that Louisville police asked a mail inspector from another jurisdiction of the U.S. Postal Inspection Service for help, Gooden said, but he said his office almost surely would have been notified of an outside agent's involvement.

That didn't happen, he said. If a postal inspector from another agency did review packages at Taylor's apartment without notifying him, it would be innappropriate.

Police claimed Glover was using Taylor's address as his home address and was seen picking up a package from her apartment on January 16  before driving to a "known drug house," according to an affidavit for the warrant approved on March 12.

Gooden initially said postal inspectors would not be able to verify whether an individual was having packages sent to another person's home. However, he has since clarified that they can - but it would be "labor intensive."

Jessie Halladay, a police spokeswoman, declined to answer questions about the case because it is under investigation.

"If this warrant was based upon a blatant misrepresentation by LMPD officers to a circuit court judge, then add perjury to the list of the illegal officer conduct that led to a beautiful and innocent woman’s death," said Louisville attorney Sam Aguiar, who is representing Taylor's family in a lawsuit against the officers involved. "They should have never been at that home. And they should all be fired and prosecuted to the full extent permitted by law.”

Det. Brett Hankison and officers John Mattingly and Myles Cosgrove, with LMPD's Criminal Interdiction Division, burst into Taylor's Springfield Drive apartment around 1 a.m. March 13 to serve a search warrant, according to police reports. Taylor was inside the apartment with her boyfriend, Kenneth Walker.

The officers, according to the lawsuit filed against them on behalf of Taylor's family, "blindly fired" into her apartment, spraying bullets into Taylor's house and neighboring apartments "with a total disregard for the value of human life." Taylor, 26, was shot eight times.

Walker thought they were being robbed, according to his attorney, and fired at officers when they rushed in, hitting Mattingly in the leg. Walker has been charged with attempted murder.

Glover had already been arrested at his home several miles away, according to the lawsuit.

Police have said they identified themselves and repeatedly knocked on Taylor's door before using a battering ram to enter the unit, where they were met with gunfire.

However, in applying for the search warrant, police requested a "no-knock" entry to the apartment "due to the nature of how these drug traffickers operate," including trying to destroy evidence and fleeing police.

"All she heard was a ram (breaking through the door) and gunfire," according to court records.

Nothing illegal was found in Taylor's home.