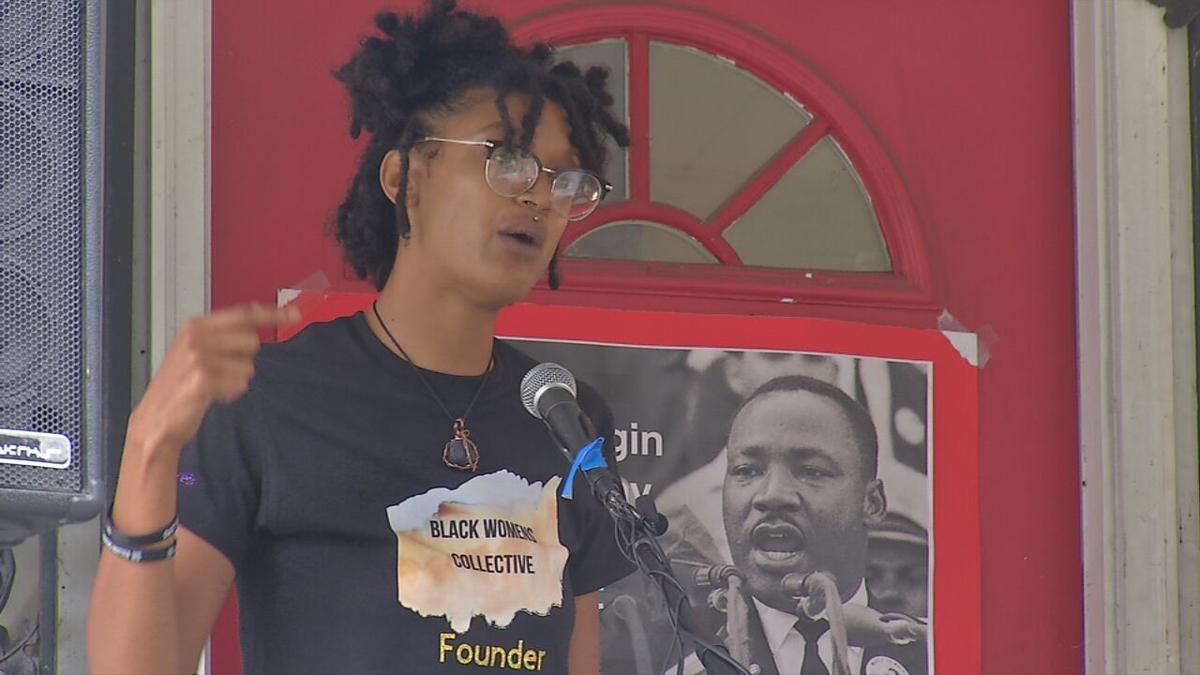 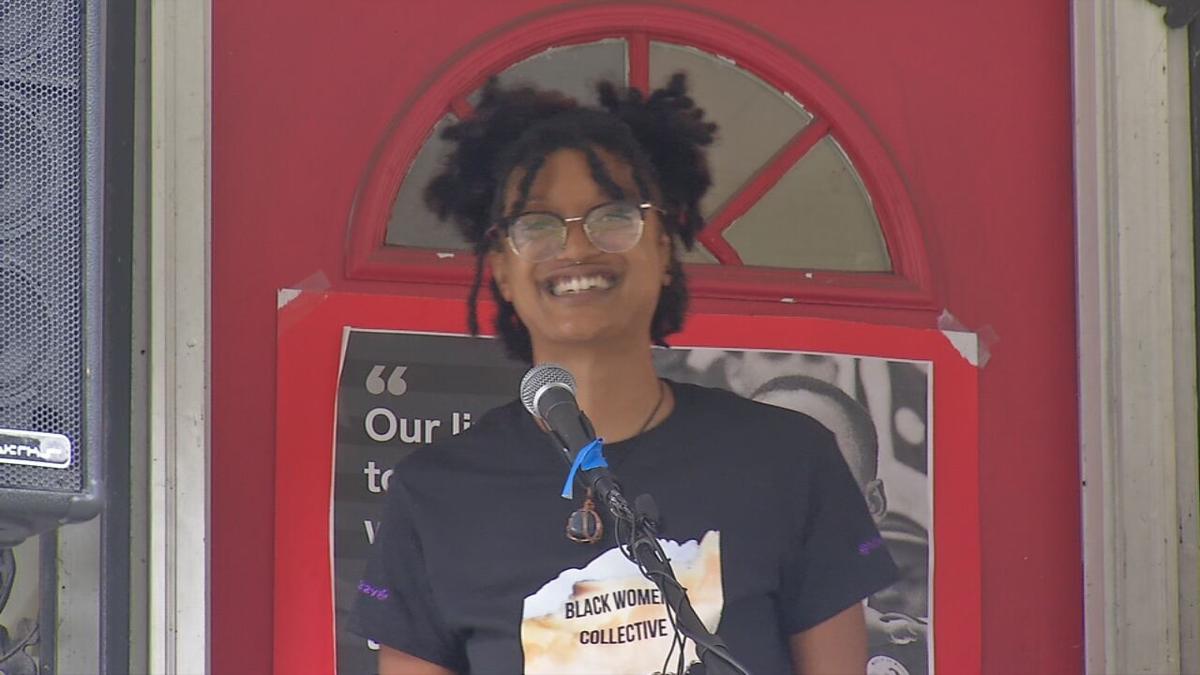 Carmen Jones, the creator of the Black Women's Collective, speaks during a news conference Sunday.

Carmen Jones, the creator of the Black Women's Collective, speaks during a news conference Sunday.

Carmen Jones, who announced the group's creation Sunday at the Kentucky Alliance Against Racial and Political Oppression weekly news conference, said every Black woman is welcome to join the Black Women's Collective.

"If you are a Black woman, this is your home. You have found your village. We will make sure you are allowed to speak. This is your platform," she said. "Like I said many times ... I will lose my voice making sure every Black woman has hers and I mean that."

Jones, who calls herself an actionist — not an activist — also said that recent protests at Kentucky Attorney General Daniel Cameron's home have not had any impact.

Until Freedom, a social justice group that moved its operations to Louisville in early August demonstrated at Cameron's home in July to put pressure on him to finish the investigation into the killing of Breonna Taylor, who is Black and was shot by white police officers in a raid on her apartment.

Eighty seven Until Freedom protesters were arrested during the demonstration at Camerons' home.

"Getting arrested on his lawn doesn't faze him," Jones said.

Until Freedom also marched outside Churchill Downs on Derby day, and Jones said that protest, too, was useless.

"If you were really about shutting down Derby, those horses wouldn't have ran," she said.

"You cannot tell people ... they're not allowed to cuss their oppressors, because then you become somebody who is part of the problem," she said.

To learn more about the Black Women's Collective, visit @BWC4Change on Twitter.