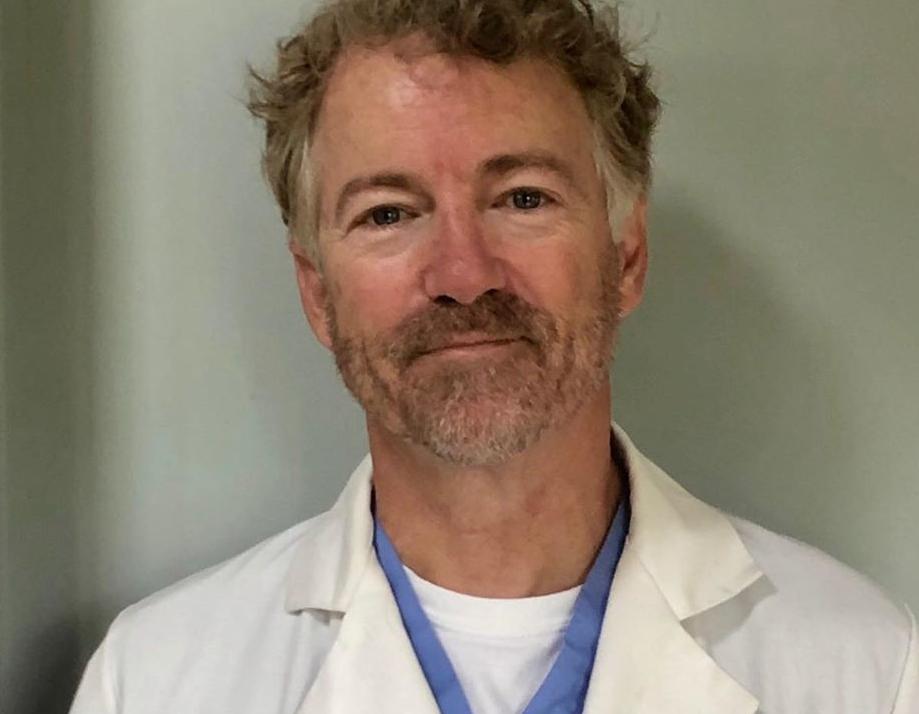 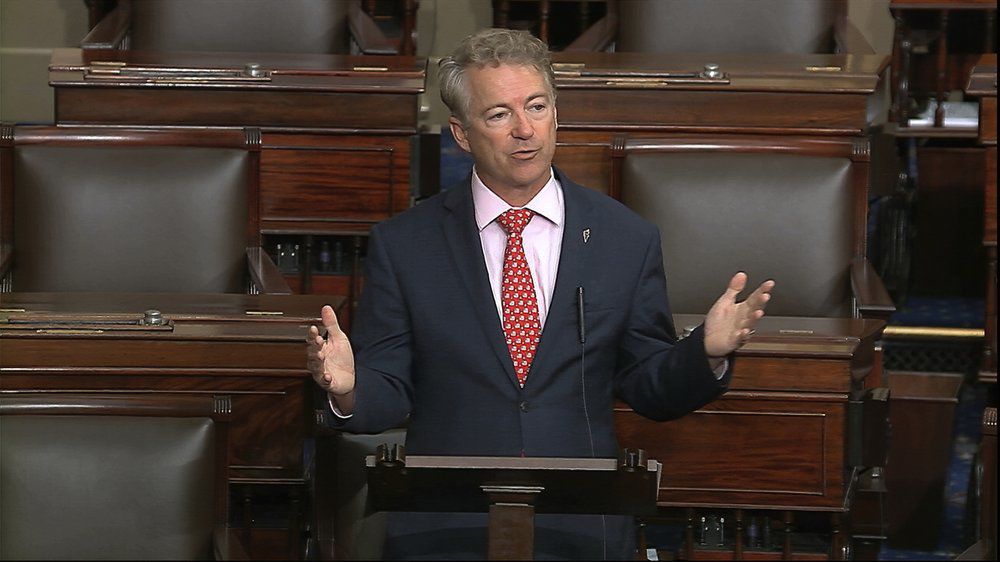 In this image from video, Sen. Rand Paul, R-Ky., speaks on the Senate floor at the U.S. Capitol in Washington, Wednesday, March 18, 2020. (Senate Television via AP)

LOUISVILLE, Ky. (WDRB) -- Kentucky U.S. Sen. Rand Paul said he has tested negative for the coronavirus after being the first positive case in the Senate last month.

“I appreciate all the best wishes I have received," Paul said Tuesday. “I have been retested and I am negative. I have started volunteering at a local hospital to assist those in my community who are in need of medical help, including coronavirus patients. Together we will overcome this.”

Paul, an eye surgeon, is volunteering at TriStar Greenview Regional Hospital in Bowling Green while the Senate is on a break amid the coronavirus outbreak. Paul worked in emergency rooms early in his career as a physician, his office said.

The hospital's CEO, Mike Sherrod, said Tuesday that the senator is “lifting the spirits of patients and our colleagues” by volunteering.

“We appreciate Senator Paul and his support in recognizing our healthcare workers and providers at TriStar Greenview for their unwavering response to the COVID-19 pandemic," he said in a statement.

Paul went into quarantine after learning his initial test results in March. He later said he had been tested the prior week but continued working at the Capitol because he had no symptoms of the illness and believed it was “highly unlikely" he was sick. Paul also said he did not have direct contact with anyone who tested positive for the virus or was sick.

Paul’s refusal to self-quarantine after being tested drew harsh criticism from some of his colleagues.

Paul said last month that he took the initial test because of his extensive travel prior to the start of social-distancing practices and because he’s at a higher risk for serious complications from the virus. The senator had part of a lung removed last year in a procedure he says stemmed from injuries he suffered when a neighbor tackled him outside his Kentucky home in 2017.

Dr. Ezekiel Emanuel, a former health policy adviser to President Barack Obama, said recently that Paul “did just about everything wrong” by not self-quarantining in the days before his test results came back.

In defending his actions, Paul said at the time: “For those who want to criticize me for lack of quarantine, realize that if the rules on testing had been followed to a tee, I would never have been tested and would still be walking around the halls of the Capitol. The current guidelines would not have called for me to get tested nor quarantined. It was my extra precaution, out of concern for my damaged lung, that led me to get tested."

Most people who contract COVID-19 have mild or moderate symptoms, which can include fever and cough but also milder cases of pneumonia, sometimes requiring hospitalization. The risk of death is greater for older adults and people with other health problems.

Copyright 2020 WDRB Media. The Associated Press contributed to this report. All Rights Reserved.