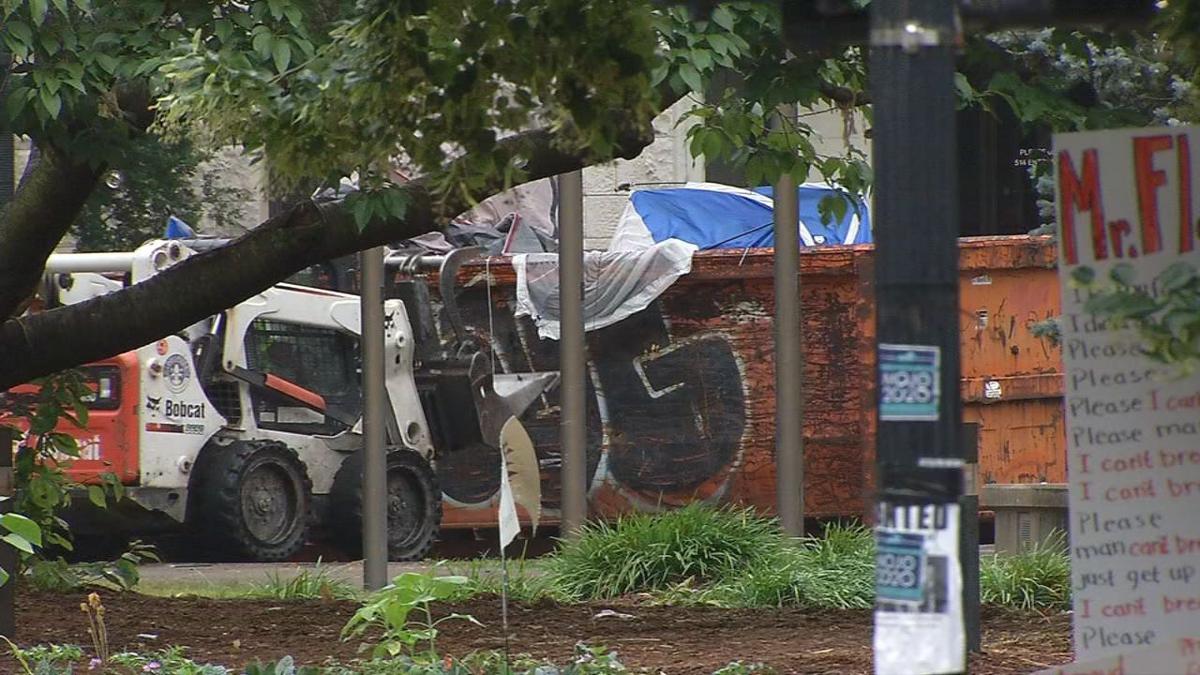 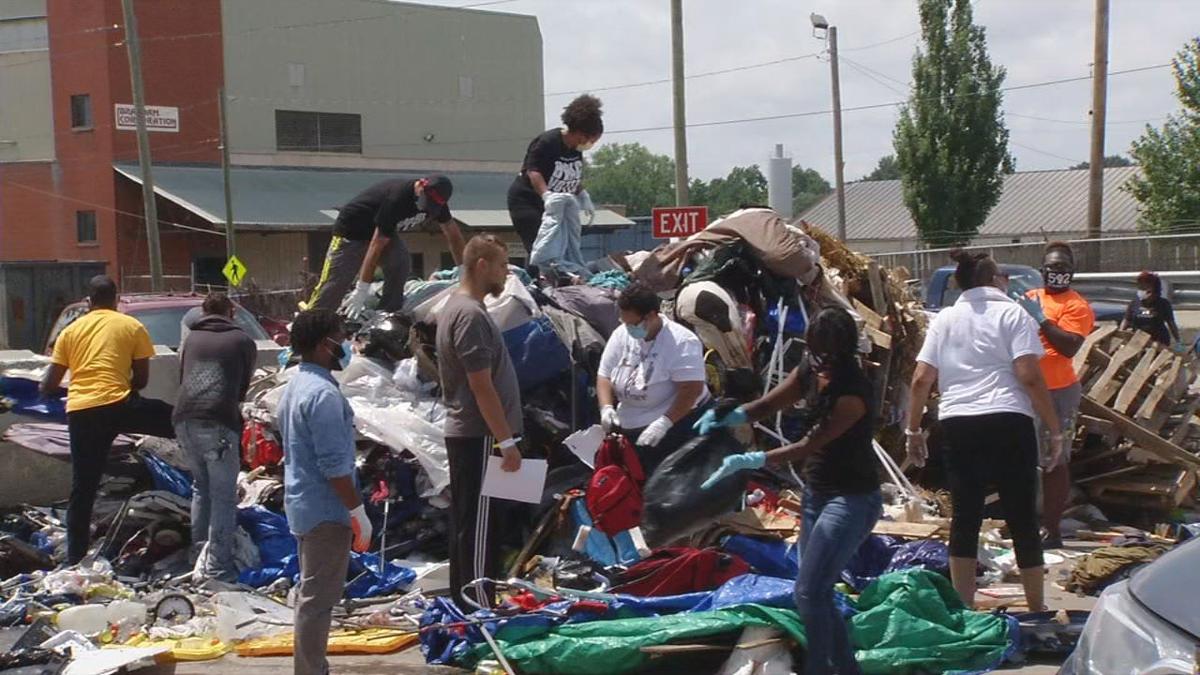 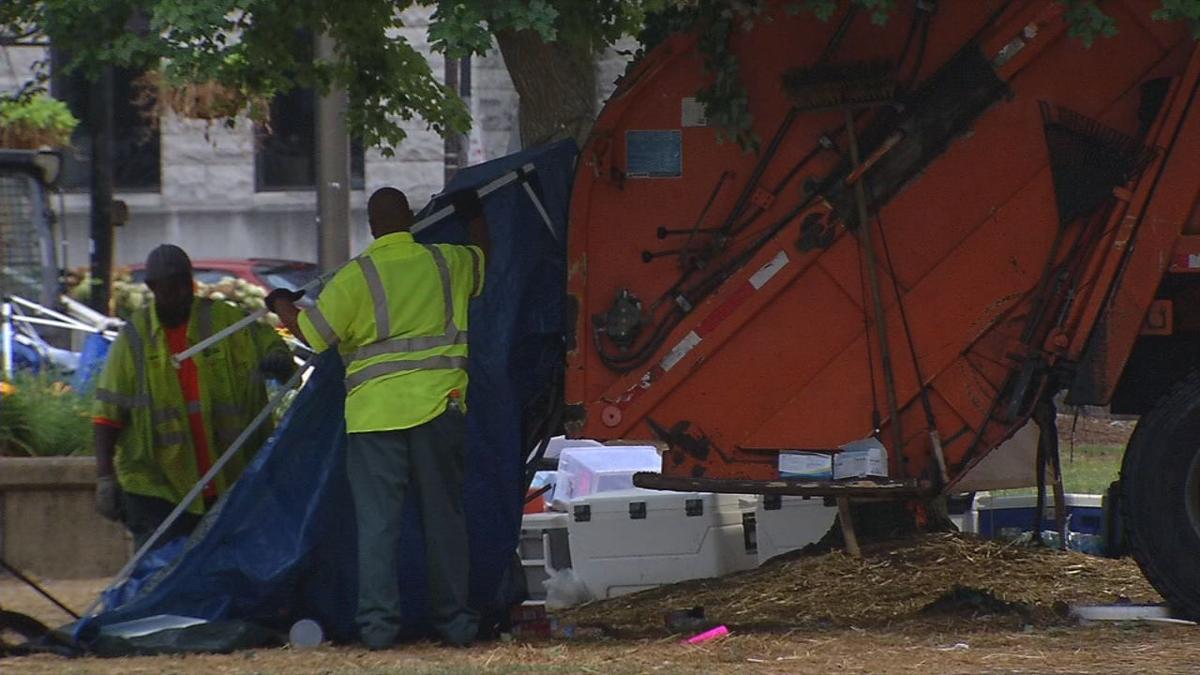 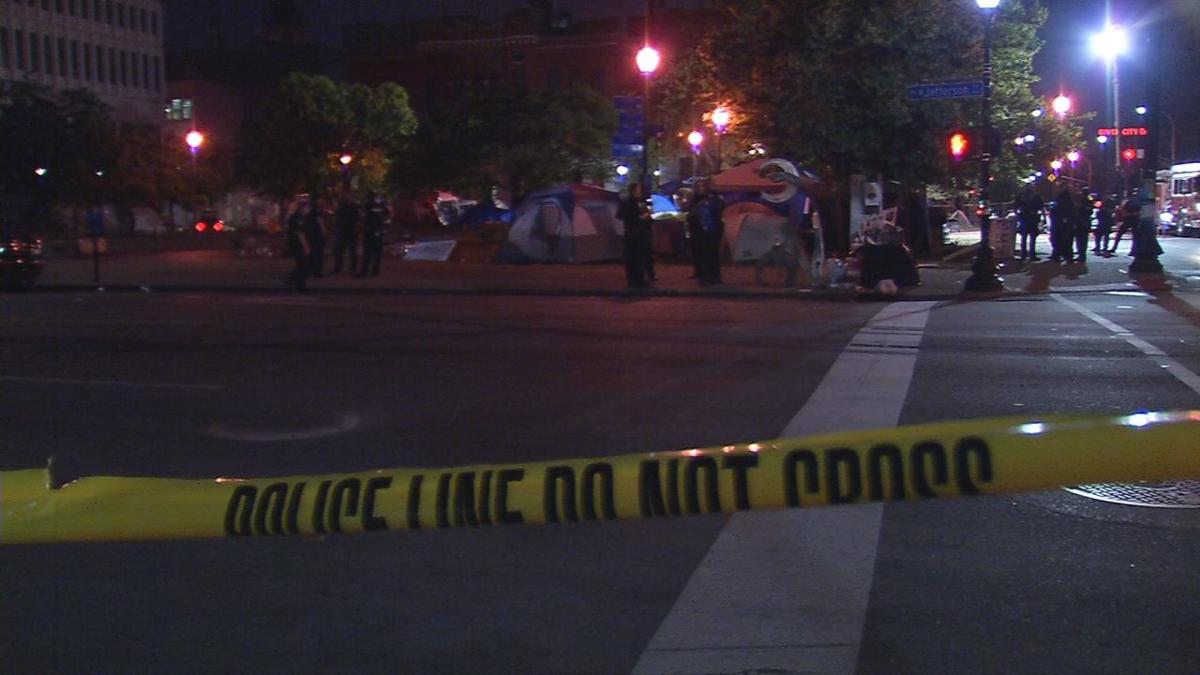 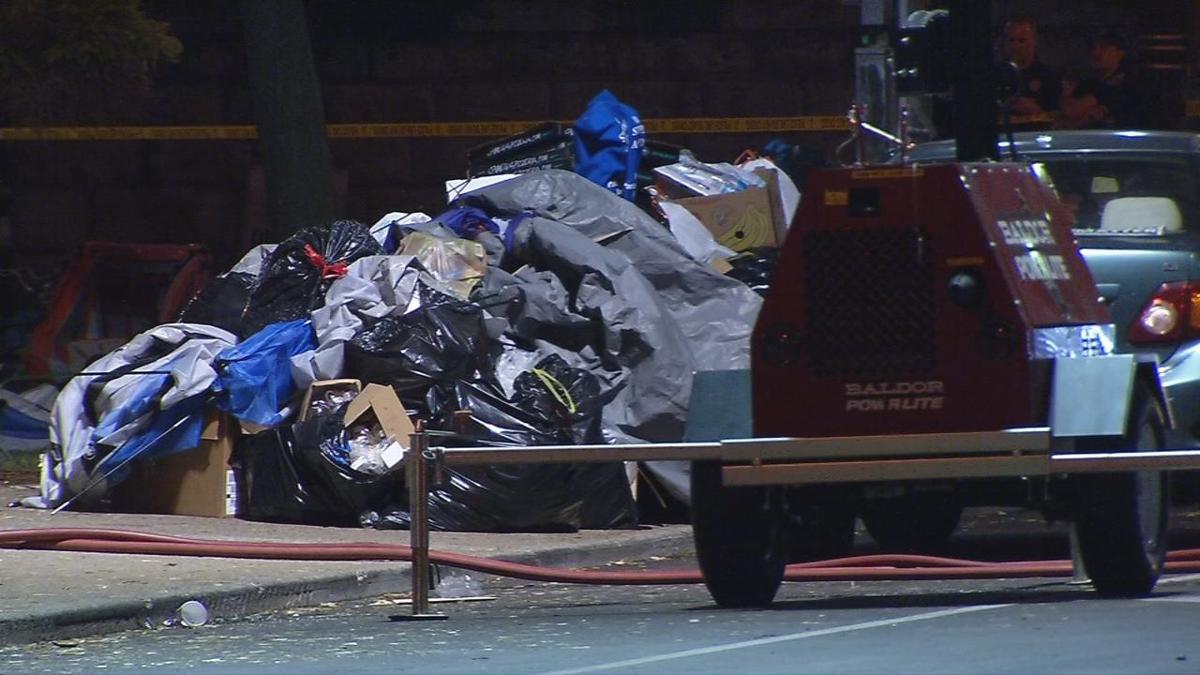 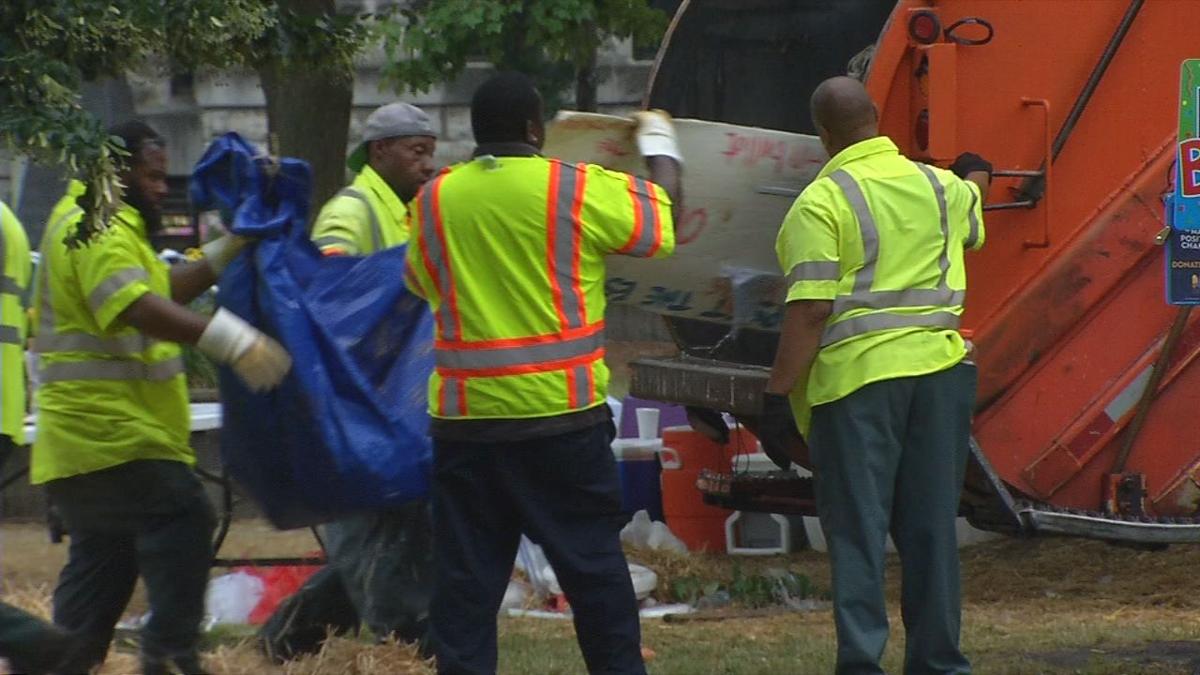 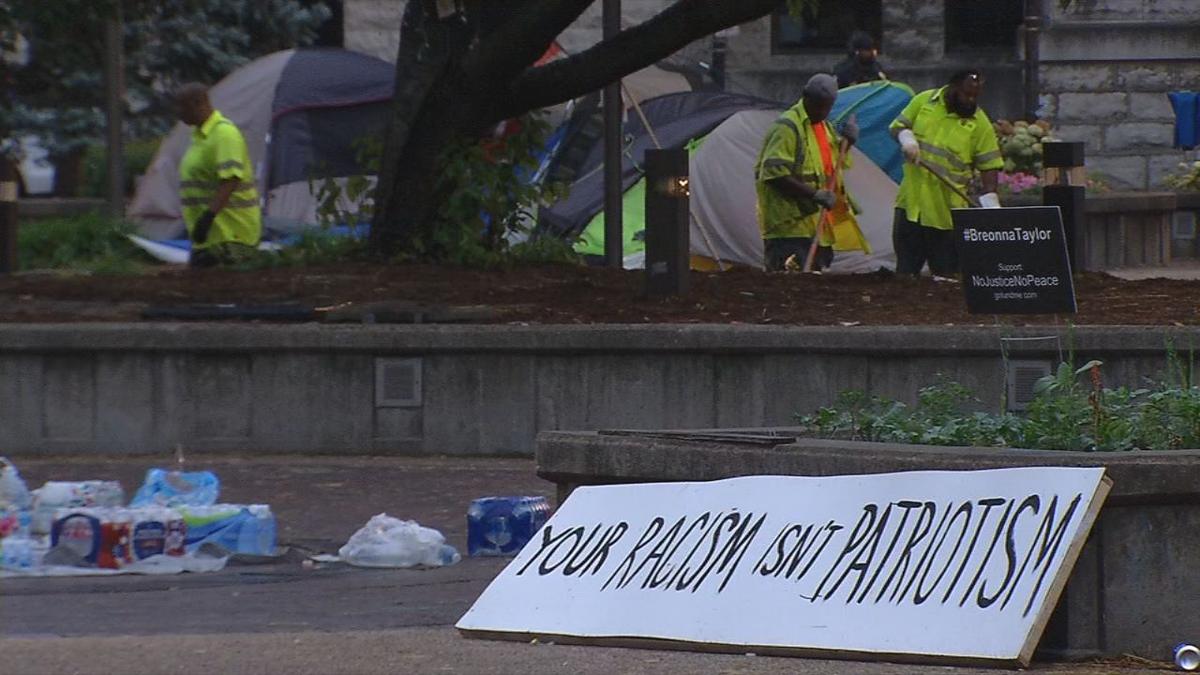 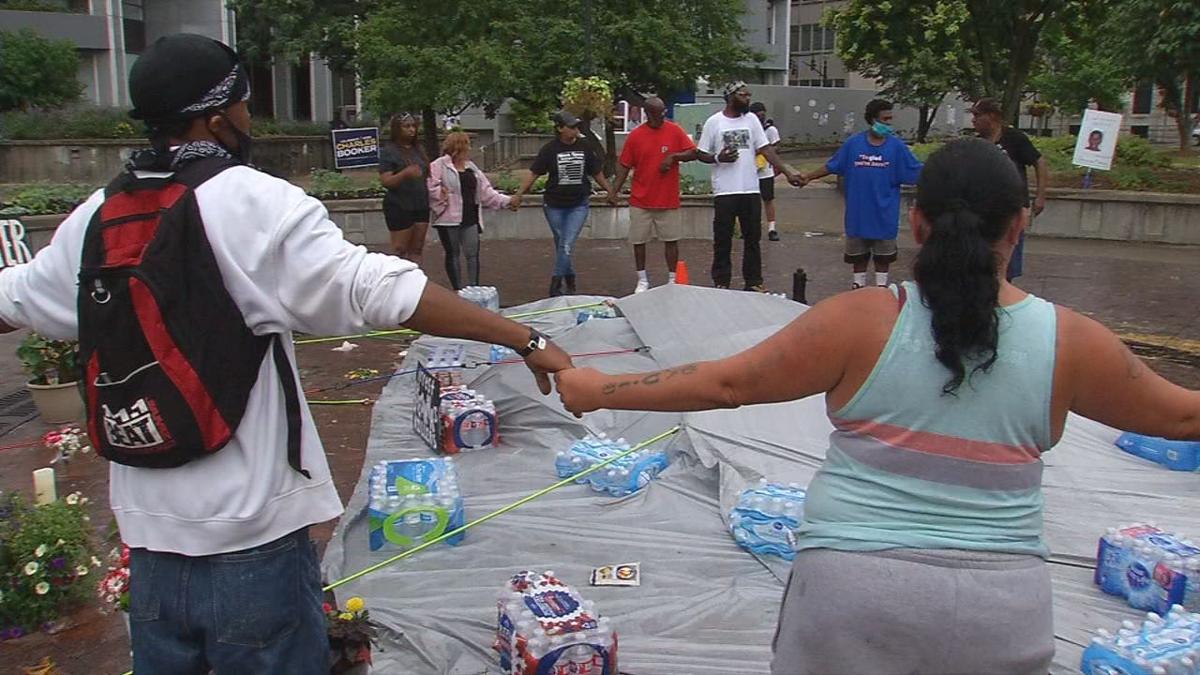 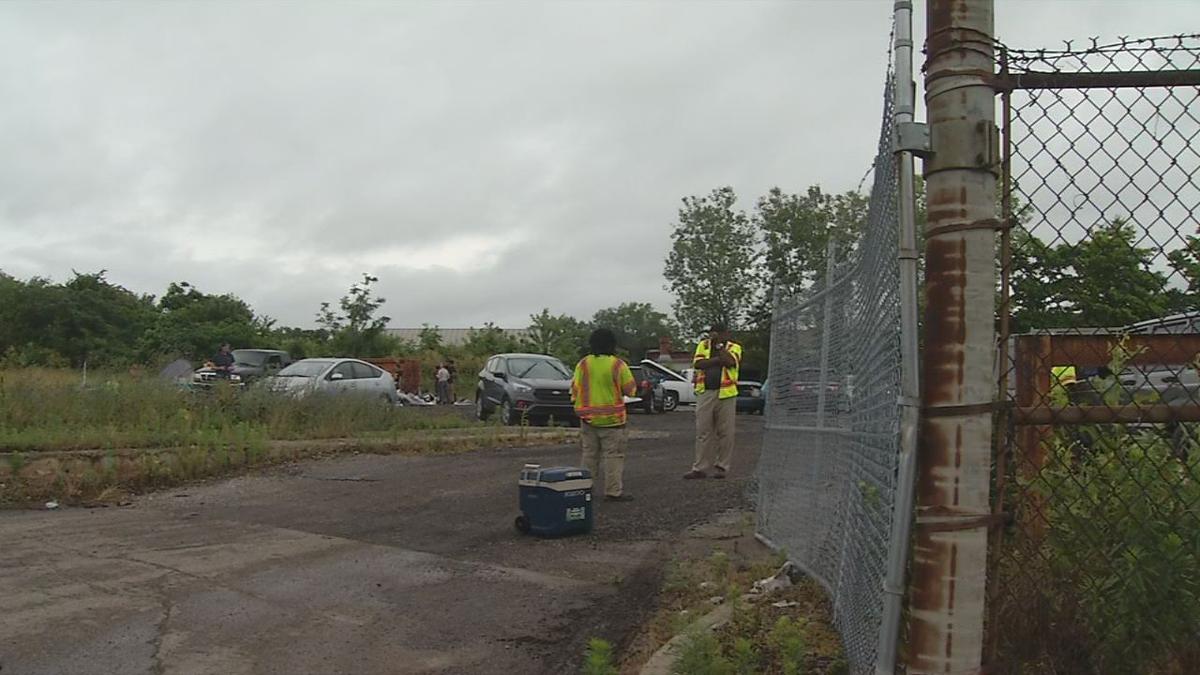 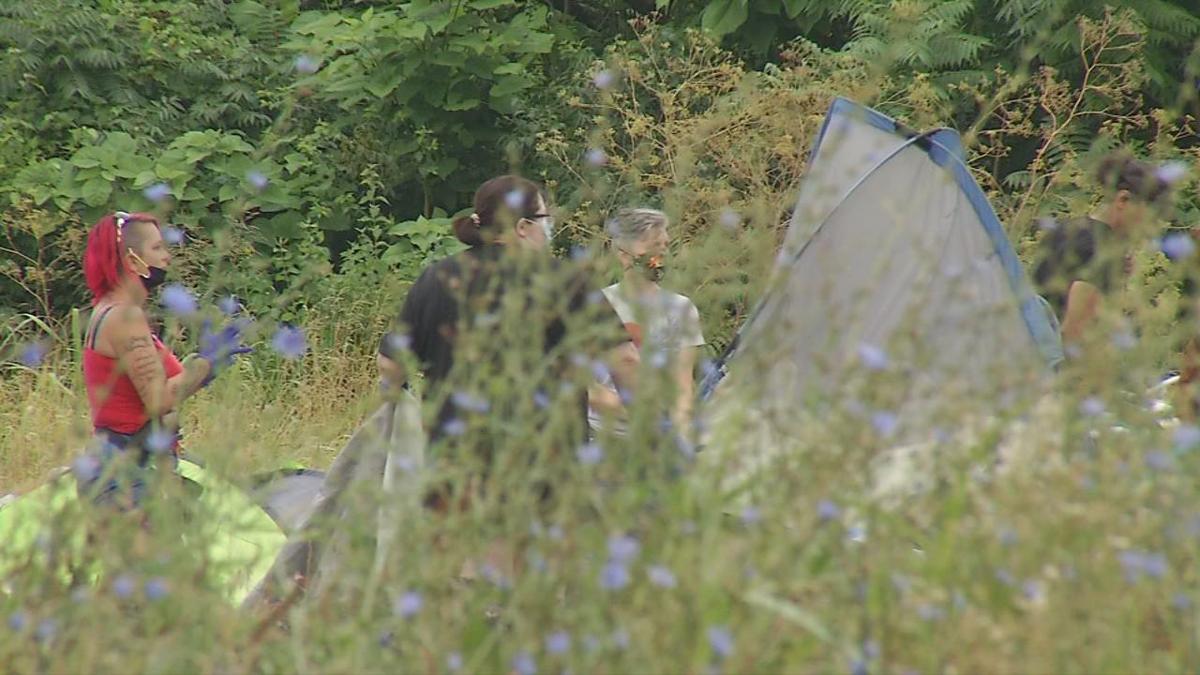 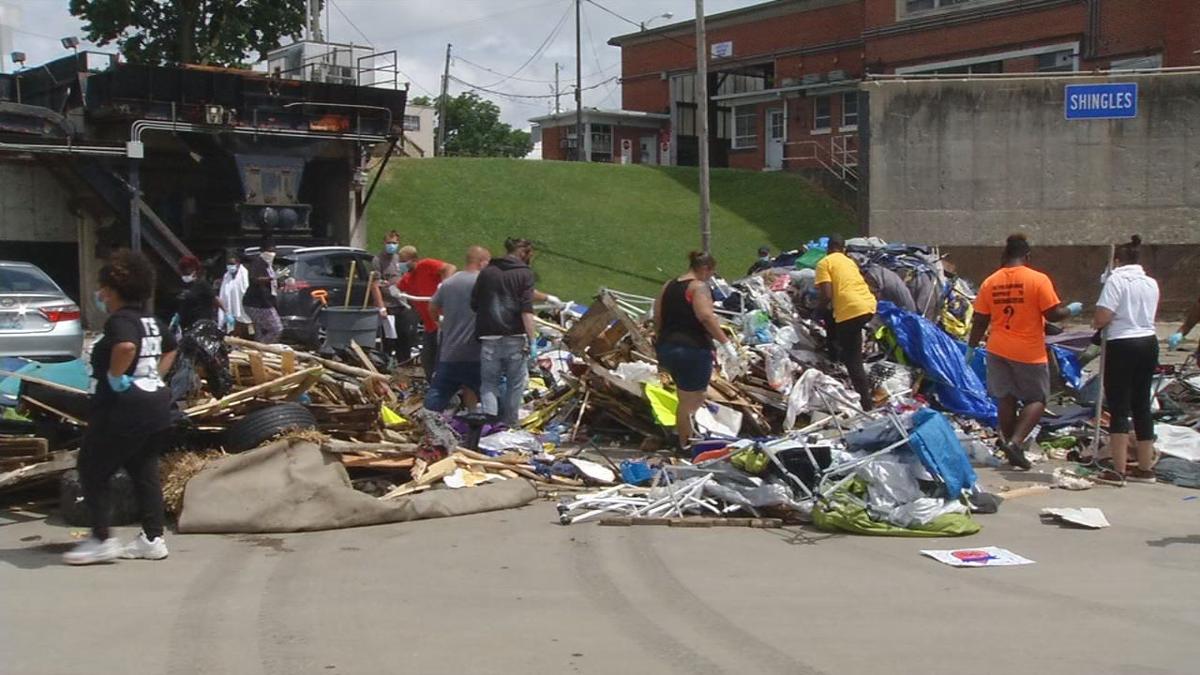 LOUISVILLE, Ky. (WDRB) -- Overnight camping will no longer be allowed in Jefferson Square Park after one person was killed and another was injured in a shooting that occurred Saturday night in the epicenter of Louisville's protests over the killing of Breonna Taylor.

Peaceful gatherings are still allowed during the day at the park, located outside the Hall of Justice in downtown Louisville, but people are not allowed to stay overnight, Sgt. Lamont Washington with the Louisville Metro Police Department said in a statement. No tents of any kind will be allowed in the park at any time of day.

In a statement Sunday night, Washington said Jefferson Square Park will remain closed from 11 p.m. to 6 a.m. Any property left overnight "will be considered abandoned and will be removed," according to police.

LMPD said those who don't leave Jefferson Square Park could be charged with third-degree criminal trespassing.

"We continue to support the peaceful exercise of free speech. However, our primary focus must be on public safety," Washington said in a statement.

Among the other items now banned from the park: grills, lanterns, sleeping bags, hammocks, canvases and "temporary shelters of whatever kind," according to a tweet from LMPD on Sunday afternoon.

"We are enforcing the camping ordinance starting this morning, given the safety risk that now exists in the park," the department said in the tweet.

NOTICE:We are enforcing the camping ordinance starting this morning, given the safety risk that now exists in the park. pic.twitter.com/6bPX4wVdSU

A team from Metro Public Works cleared the park early Sunday morning. Individuals were told to pick up their belongings at 600 Meriwether Ave., but some said not all of their items were saved. Cases of water, some signs and a table could be seen going into the trash.

"A lot of people are going to be frustrated. A lot," said Christopher Wells, who had spent several days living in Jefferson Square Park. "A lot of people don't know their stuff is gone."

"That’s what we are rummaging through. People’s keys and phones and everything else because we scattered because we didn’t want to die yesterday," Amber Brown said. "They lied and said they were going to have this 'individual situation' where you come down and claim your belongings."

Metro Government has created a claim form for lost of damaged property, according to a Facebook post from Mayor Greg Fischer.

"The treatment of their personal property was not acceptable and not our intent," Fischer said in the post. "I apologize for the miscommunication between our Public Works crews. We have made a mistake and we have a process in place for reimbursement."

To claim property damage, individuals will need to provide a picture and two estimates from "reputable business firms that perform such repair work," according to the form.

"If personal injury is claimed, please submit copies of all incurred medical expenses to date," the form says. To file a claim, click here.

During a briefing Sunday afternoon, acting LMPD Chief Robert Schroeder apologized for the method in which authorities cleared protesters' belongings but said "it simply had to be done given that we had a homicide in the park."

"The tents and supplies that had taken over the park created a situation that could no longer be safely handled," Schroeder said. "... It was not our intention to damage anything that was removed, however, many of the items were treated in a manner less than our standard. ... I am deeply sorry."

Metro Public Works also issued an apology on its Twitter account Saturday evening saying it "would like to extend our sincerest apologies to all those affected by the poor treatment of their personal belongings by our crews at Jefferson Square Park. An error in communication and judgement took place, and for this we are deeply sorry."

The Department of Public Works would like to extend our sincerest apologies to all those affected by the poor treatment of their personal belongings by our crews at Jefferson Square Park. An error in communication and judgment took place, and for this we are deeply sorry.

Chaunda Lee, who said she had also been camping in the park, said protesters will be back.

"We're not leaving," she added.

The memorial for Taylor, a Black woman shot and killed in March during an LMPD raid on her apartment, was left in the middle of Jefferson Square Park. People have continued to leave posters, flowers and other items.

After LMPD took down the caution tape around the park just before 8 a.m. Sunday, a group of people formed a circle around the memorial and held hands.