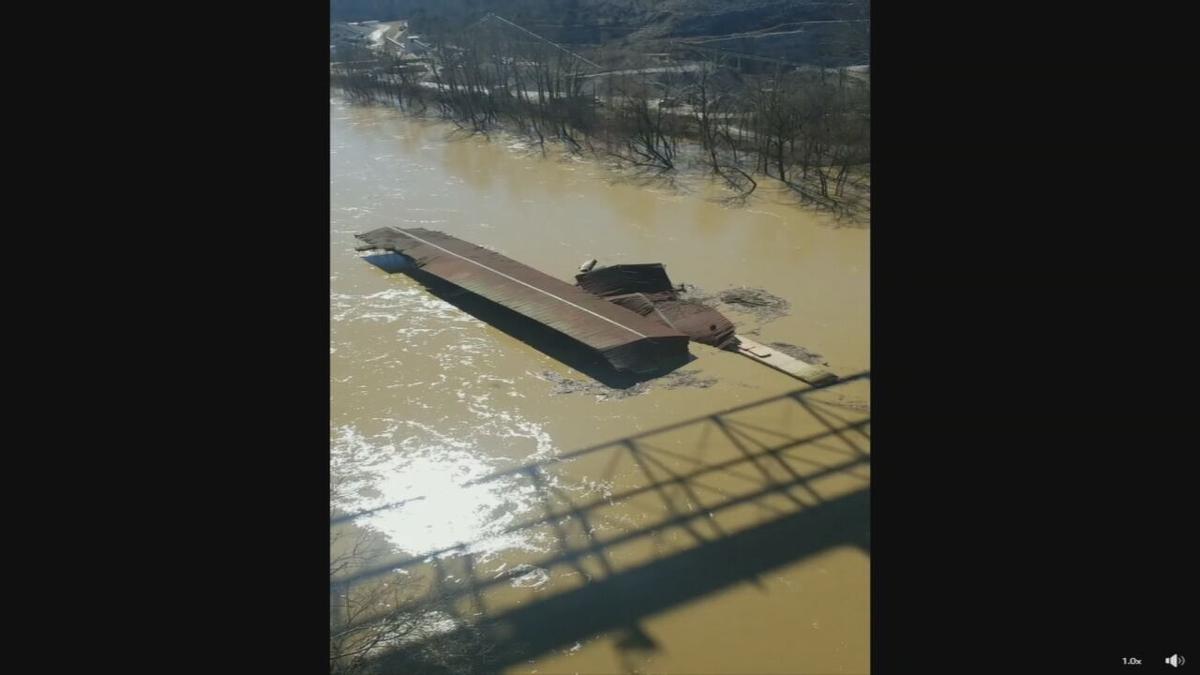 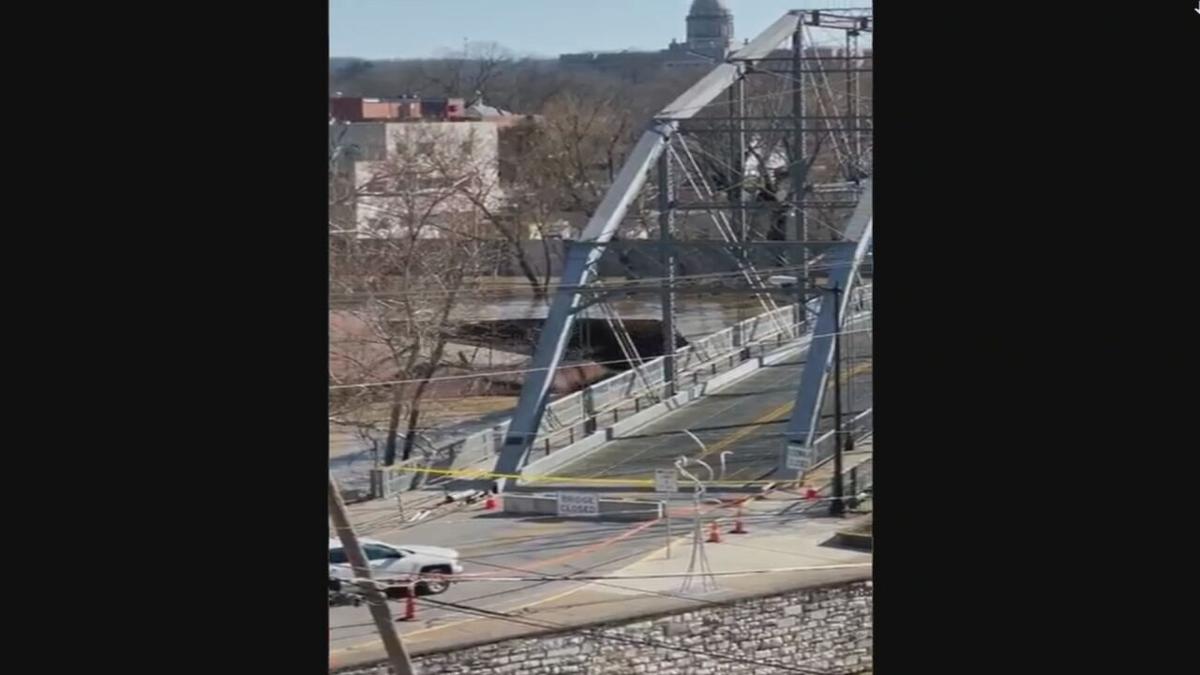 Officials say remnants of the marina, with boat slips and a building, broke away on Herrington Lake during flooding over the weekend. It traveled down the river near the Anderson and Woodford County line, according to The Anderson News, where it passed under the Tyrone Bridge on U.S. 62.

At one point during its trip down the river Wednesday afternoon, the marina crossed under the Singing Bridge in downtown Frankfort. It was captured on camera by Thomas Guarnieri.

Here is a video of the Singing Bridge as the marina passed below it on the KY River. The following bridges in Frankfort reopened to traffic this afternoon:•The Capital Avenue Bridge•U.S. 127 Bridge (West Clinton Street)•U.S. 127 Bridge (Mero Street) pic.twitter.com/u8rY8mKE0l

KYTC said the marina scraped the Capital Avenue Bridge and the Singing Bridge as it passed underneath them. Though no significant damage was caused, inspectors will conduct a more in-depth inspection when water levels fall, KYTC said.

The Singing Bridge previously closed after it was hit by a vehicle in late 2020.