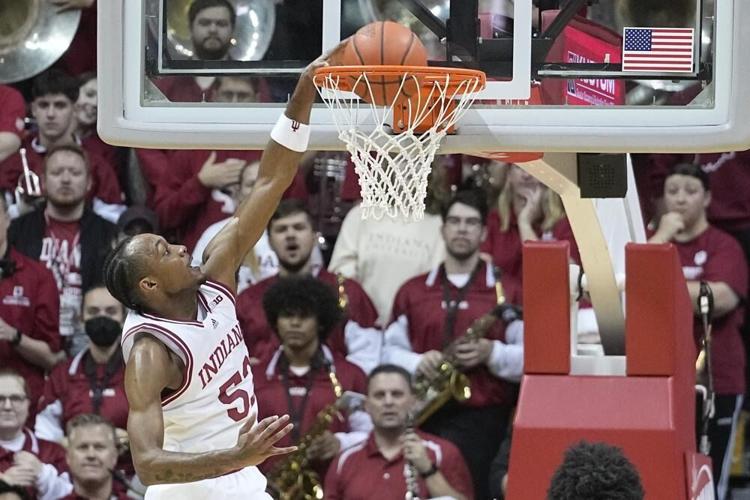 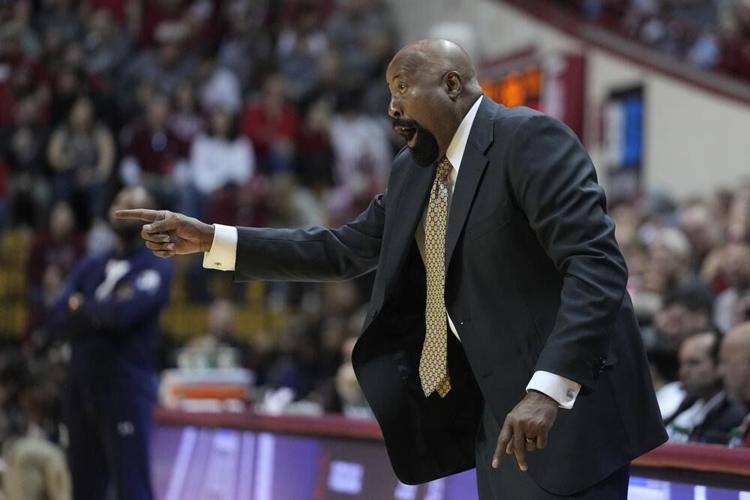 BLOOMINGTON, Ind. (AP) — Tamar Bates celebrated his best college game, first with his teammates and then with his 8-month-old daughter, Leilani, who sat on his lap as he answered postgame questions.

For Bates, it was the epitome of holiday weekend he'll never forget.

The sophomore guard made four 3-pointers and scored 22 points, both career highs, while Xavier Johnson added a season-best 16 points and No. 11 Indiana routed Jackson State 90-51 on Friday.

“When he first came in, he would talk trash,” Johnson said. “Now, this summer, he grew up a lot. He's really matured.”

The result: Bates and Johnson delivered the two-pronged scoring punch that Indiana has been seeking through its first three weeks of the season.

Bates and Johnson didn't just thrive in the unusual matinee time slot — they provided the spark the Hoosiers (6-0) needed to take control, going 14 of 22 from the field with each making four 3s and finishing with four assists.

Preseason All-American Trayce Jackson-Davis finished with 11 points and five rebounds in 19 minutes after sitting out Wednesday's game with a sore back.

Jackson State was led by Trace Young with 13 points. Ken Evans Jr. had 10 points and seven rebounds for the Tigers (0-5), who trailed by double digits for the final 30 minutes.

“They're tall and long and athletic, and when you watch film it seems that everyone's bought into their role,” first-year Jackson State coach Mo Williams said. " That's the definition of a top-10 team. I know what the signs are of a top-10 team and that's a top-10 team.”

Indiana sure looked the part on Friday.

Johnson's back-to-back 3s spurred the initial 14-3 burst that gave the Hoosiers a 25-13 lead midway through the first half. Bates then scored nine points in an 11-2 spurt that made it 36-15.

Jackson State closed to 41-28 in the final minute of the half, only to see Bates knock down a shot-clock buzzer-beating 3 with 5 seconds left. And Johnson made another 3 early in the second half when the Hoosiers sealed the outcome with a 10-0 run.

“He finally had a breakout game,” Indiana coach Mike Woodson said, referring to Bates. “When we started this journey with this team five months ago, he was probably one of our best players playing. Tonight, he kind of put it all together.”

Jackson State: Not much has gone right in Williams' first season. The Tigers blew an 18-point lead against Little Rock on Sunday, came up short Wednesday at Michigan and struggled mightily at Indiana. While it seems things can only get better from here, Jackson State needs to make steady improvement to become more competitive.

Indiana: The Hoosiers are exactly where they expected to be at this point. They're unbeaten, have won five straight at home and are building momentum. Now come the bigger challenges, which will show Indiana where it actually fits in this season's college basketball pecking order.

As the Hoosiers keep winning, they appear to be on the cusp of cracking the top 10 for the first time since 2017. All they need now is a little help from other teams this holiday weekend.

Jackson State: Gabe Watson had seven points and one rebound after finishing with 19 points and eight rebounds at Michigan. ... The Tigers had 22 turnovers and six assists, while making 6 of 22 3s and shooting 35.8% from the field.

Indiana: Johnson, who transferred from Pitt, matched his Indiana career high for 3s but fell one short of his all-time college best. ... The Hoosiers were 10 of 22 on 3s and outscored Jackson State 44-18 in the paint.

Jackson State: Will make its sixth stop on a season-opening nine-game road trip at Miami (Ohio) on Tuesday.

Indiana: Hosts No. 1 North Carolina on Wednesday in the ACC-Big Ten Challenge.

Copyright 2022 The Associated Press. All rights reserved. This material may not be published, broadcast, rewritten or redistributed without permission.