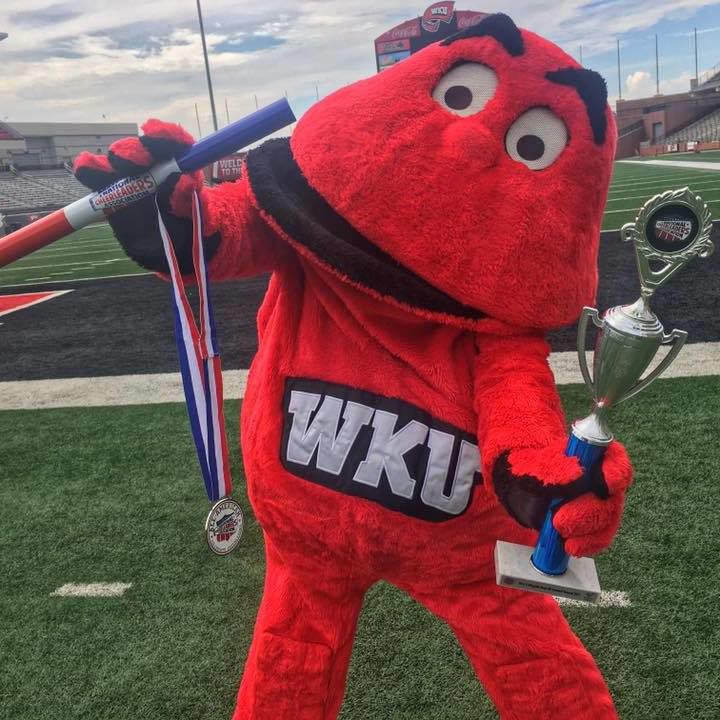 LOUISVILLE, Ky. (WDRB) -- Sometimes you are inspired to act, not talk. This was one of those times.

Horn talked to them often about the value of teamwork. They developed friendships that have grown over the last decade.

They always knew they wanted to give back to the school where three of them played on Horn's 2008 squad that advanced to an NCAA Tournament Sweet Sixteen game against UCLA.

This summer, the teammates acted the way teammates are supposed to act, working together to raise at least $50,000 to fund a scholarship to Western Kentucky that will be awarded to a minority student from the Bowling Green area.

They hope to award the first recipient with $2,000 next month. According to its mission statement, the Toppers Assist Scholarship Fund will be guided by this principle:

"… support a diverse incoming WKU freshman who graduated from a high school in Bowling Green or Warren County, Ky. The scholarship recipient must have demonstrated a commitment to working with underrepresented or disadvantaged populations and have displayed activism in bringing diverse people together."

"It was apparent with everything that was going on, we all wanted to do something to give back and create some change, to put some action behind some thoughts," Howard said.

"We've always talked about doing something and try to find a way to give back to Bowling Green and Western Kentucky, a place that means a lot to us."

"To do it with these guys makes it even better," Winchester said.

"Western Kentucky is a special place. I think all of us, once we got there, learned that the people there are great. So it's all about giving back."

This summer, the summer of diminished sports, was the time. The grass roots push for social justice as well as the unrelenting challenges of the novel coronavirus pandemic turned their group text messages from generally playful to sometimes serious.

Lee is African-American, a 12-year NBA veteran from Indianapolis who entered the NBA bubble in Orlando, Fla., even though he is injured and unable to play for the Dallas Mavericks.

"I knew at some point I wanted to give back," Lee said in a statement. "I really wanted it to be genuine and intentional.

"In today's society we need more unity, equality and leadership."

Winchester is white, a prolific scorer from Austin, Indiana, who carved out a strong career in Puerto Rico and Spain and now serves as the video coordinator for the Southern Mississippi basketball program.

Mendez-Valdez is Hispanic, the ultimate glue guy who recorded the first triple-double in WKU history. Basketball has taken Mendez-Valdez from San Antonio to Bowling Green to Israel to Mexico, where he remains active as a basketball player at 34.

"Working alongside my WKU brothers from all different backgrounds gives us the opportunity to work for the community through teamwork," Mendez-Valdez said in a statement.

Howard is white, a product of Paul Blazer High School in Ashland, Kentucky. He coached at Morehead State, Southern Miss and Troy before joining the staff at South Alabama two years ago. At WKU, Howard won the Danny Rumph Award as the Most Outstanding Teammate three times.

"We all come from different backgrounds. When you are part of a team or a program in athletics, there is a ton of diversity.

"I think it was very, very important for people to see a group of guys from different backgrounds form this scholarship."

Contributions can be at this link. The players also plan to schedule a golf event or perhaps a softball game in 2021. In time, they plan to raise money to endow a full scholarship.

"For me to be with them, their legacies were set on The Hill for who they were as basketball players," Howard said.

"But to help create this scholarship, this is only going to cement who people come to know these guys as and the type of people they are as well."