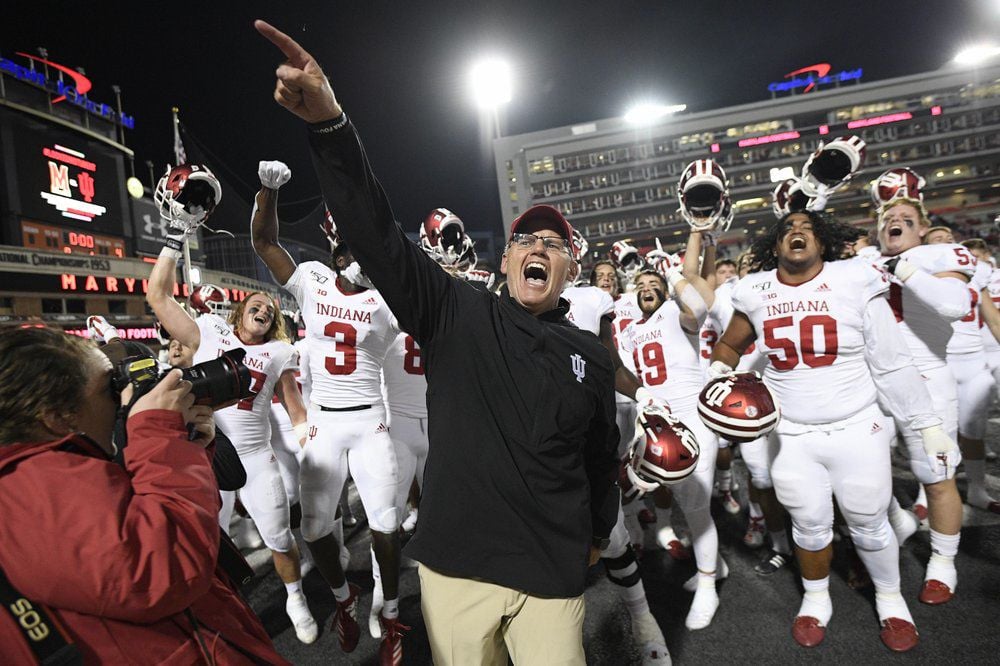 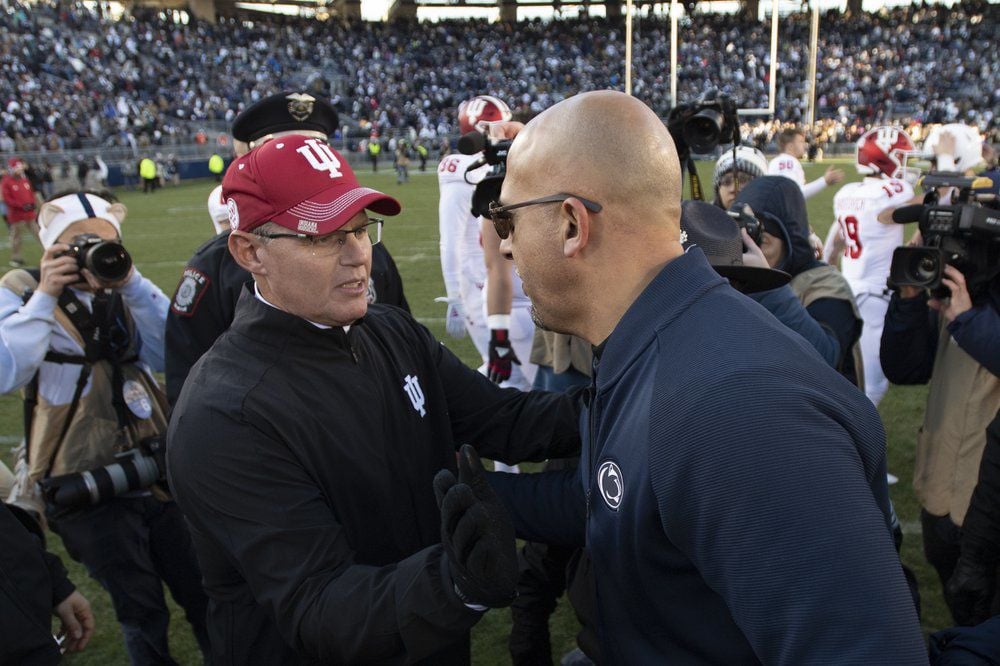 LOUISVILLE, Ky. (WDRB) -- There was a time when Indiana University had the best football team in the Big Ten. It was 1967.

Dan Jenkins wrote about the Cinderella Hoosiers in Sports Illustrated. They played Southern Cal, the national champions, fiercely in the Rose Bowl, losing 14-3.

The Hoosiers have never won the Big Ten or smelled the Rose Bowl again.

It’s never one thing. It’s many things. But a conflict between Pont’s coaching staff and 10 African American players about racist and snide comments as well as allegations about unequal treatment compared to white players led to the black players boycotting practice.

They never returned. Indiana has never regained the momentum the program generated in 1967.

IU football coach Tom Allen did not mention 1969 when he became one of the first college football coaches to write a statement against racial injustice and racism as national issues last week.

He did not mention 1969 when Bruce Feldman of The Athletic interviewed him for a story. It wasn’t a talking point Wednesday as Allen answered questions on a conference call.

My heart is broken by what is going on in our country. Racial injustice is wrong and it MUST be addressed!! I Believe we are to LOVE EACH OTHER! No matter one’s skin color. Love is a choice. Our prayers are with George Floyd’s family. John 15:12 #LEO

Allen was born in 1970. But a half-century later, racial injustice remains an American issue that demands our country to change and do better.

Progress? Some. Inequities? No question. Work to do? Without a doubt.

This time, Allen and IU said they are determined to listen as well as work to understand. Allen has demanded it. As he should.

There wasn’t enough of that in 1969. Even legitimate dialogue was discouraged.

I asked Allen why it was important that he not only delivered his opinion early, he also communicated with every IU player individually, not on a group call.

“I was not aware at all about who and who had not said anything at the time,” Allen said. “(Being one of the first) really had nothing to do with it. All I was doing was just following my heart about what I felt was the right thing to do.

“So I just felt compelled, in my heart. I tell my team all the time that you have to learn to live your life with conviction. That means that you are willing to take a stand for what is right.

“That to me is really the core of what I chose to do. I just felt compelled to do so and reached out to, as I mentioned in that (Athletic) article, I reached out to Fred (Glass, IU’s athletic director) and said, ‘This is how I’m feeling. This is what I would like to do.’

“I also know that I represent the university in something like that. So I don’t want to be reckless with that or careless with that. I just wanted to be very purposeful and intentional.

“We talk about that a lot. That’s what LEO (Love Each Other, Allen’s core philosophy) to me is about. It’s about the choice of choosing to love the people around you and accepting the responsibilities that the love brings with it. The good and the bad. The tough and the joyous times and the tearful times.

“It’s just been a very important time for our program. This is a critical time in our country to be able to stand up for what’s right and for how you believe the way things should be.

“That to me was the motive. Then you just talk about with our guys, just about teaching them how do you handle life?

“How do you handle difficult situations? How do you do things? How do you utilize the platform that you have been given and still stay within your lane of you’re not trying to act like you’ve got all the answers?

“That’s not what this is about. It’s about loving the people that your represent, that you spend so much time with, that you truly have a strong relationship with and that you care about them.

“That you care about them so much that you’re going to help them through these difficulties of life and just walk with them.”

Change is created one person at a time...and it begins with me! #LEO

For the record, in 2015 (a year before Allen returned to IU) Indiana reconciled with the 10 dismissed players. Mike Adams, one of the black players, started the dialogue.

They were welcomed to campus. All 10 were retroactively reinstated to the team and awarded letterman blankets. They were made lifetime members of the IU Alumni Association.

This is different. In 1969, the boycott was the result was an IU issue, not a national discussion. This time there has not been a fracture within the IU team.

Allen said the responsibility is his to understand the players’ concerns, to learn and to grow. The world will be watching for more than statements from him and every coach.

I asked what message he learned from his conversations with his players, who will begin to return to Bloomington next week.

“Lock arm and arm and walk through life together as hard as it may be and as great as it may be. And right now it’s really hard. That’s the message I’m getting.

“Sometimes as coaches you always want to have all the right answers and say all the right things. Sometimes you need to shut your mouth and listen. That’s what I’m trying to do.”