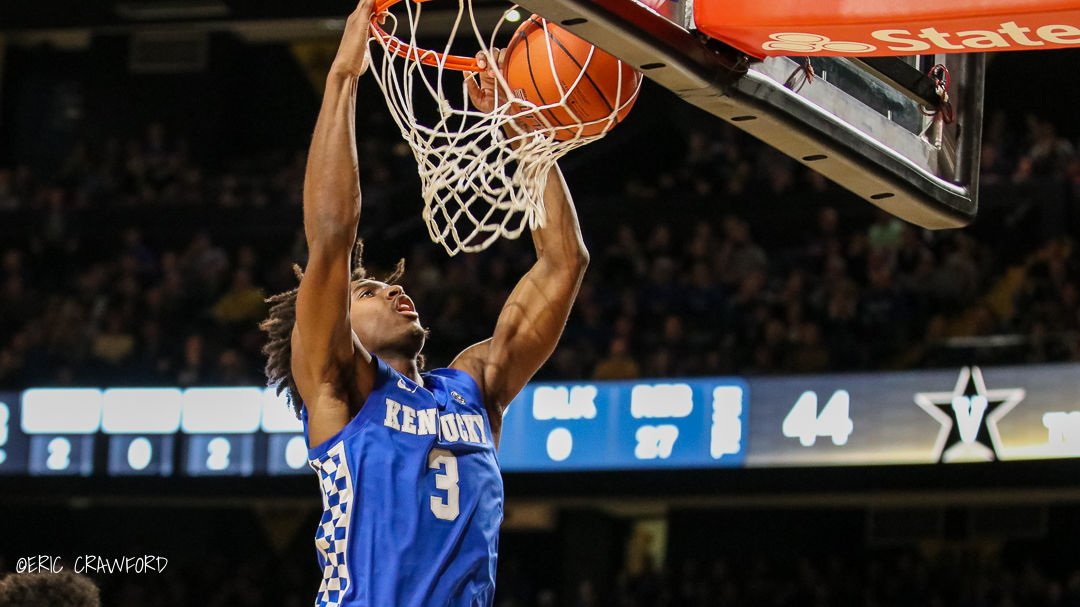 Tyese Maxey slams home two of his game-high 25 points in a win at Vanderbilt. 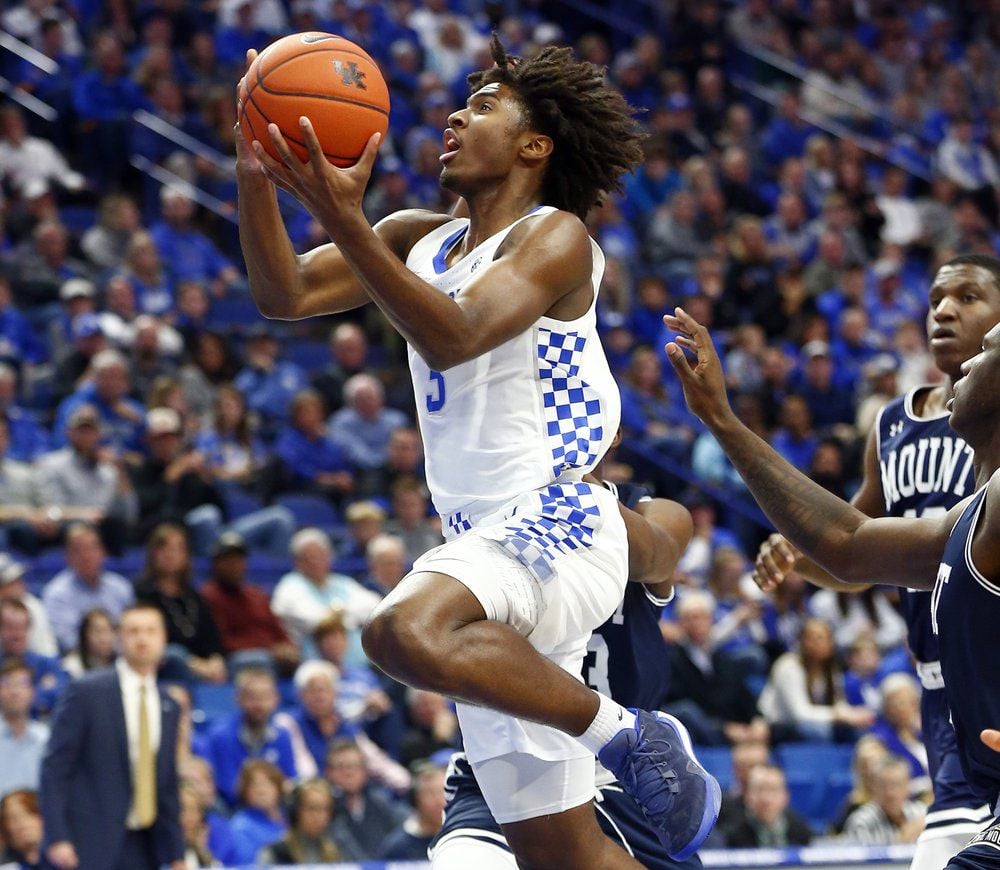 Tyese Maxey slams home two of his game-high 25 points in a win at Vanderbilt.

LOUISVILLE, Ky. (WDRB) -- This one comes without second-guessing:

One day after point guard Ashton Hagans surprised some by announcing that he intended to leave the University of Kentucky basketball program to pursue a career in professional basketball, his teammate Tyrese Maxey said he would also follow that course.

Unlike Hagans, Maxey projects as a consensus first-round selection whenever the NBA schedules its 2020 Draft.

"This year getting to rep Kentucky across my chest was everything I could have imagined," Maxey said in a statement released at UKAthletics.com.

"I got to play for a Hall of Famer, be pushed every day by the best coaches in the country, compete alongside great teammates and work with a support staff that is the gold standard -- just like Coach Cal promised.

"Even though I didn't get a chance to compete for my ultimate goal, this season was everything I signed up for. I know I'm a better player and man for embracing the challenge of playing for Kentucky.

"It's time for my next challenge though. My dream has always been to play in the NBA and I know I'm prepared for this because I'm Wildcat made.

"Thank you to the Big Blue Nation, my coaches, teammates and everyone who has played a part in making this an incredible year. I will always bleed blue."

With the transfer of freshman Johnny Juzang and the departure of senior Nate Sestina, the Wildcats will lose at least four scholarship players from the 2020 team, which finished 25-6 and won the Southeastern Conference regular season title.

More departures are likely. Nick Richards, E.J. Montgomery and Immanuel Quickley are all considered candidates to make enter the NBA Draft process. If that trio departs, Keion Brooks would be the only returnee.

According to 247Sports.com, Kentucky has signed the top recruiting class in the nation, headlined by three guard -- Terrence Clarke (No. 4 recruit in the nation), BJ Boston (No. 7) and Devin Askew (No. 25).

"There was no player I was harder on this year than Tyrese, and there's a reason for that," UK head coach John Calipari said. "One, he's a great kid with a confidence in his ability that does not waver. Two, he has a potential that he has only begun to realize. And three, Tyrese needed to be challenged to take that next step.

"Tyrese made that leap this season. He met every challenge and became one of the best guards in the country. Not only was it his dream to play at Kentucky, he wanted to be coached.

"He's going to do great in that league because there's nothing he can't do. He can handle the ball, he can shoot, he's got great athleticism and he really defended as the season went on. In a lot of ways, he reminds me of what Jamal Murray was able to do and we know how well he's done in the NBA.

"I'm so happy for Tyrese and his family."