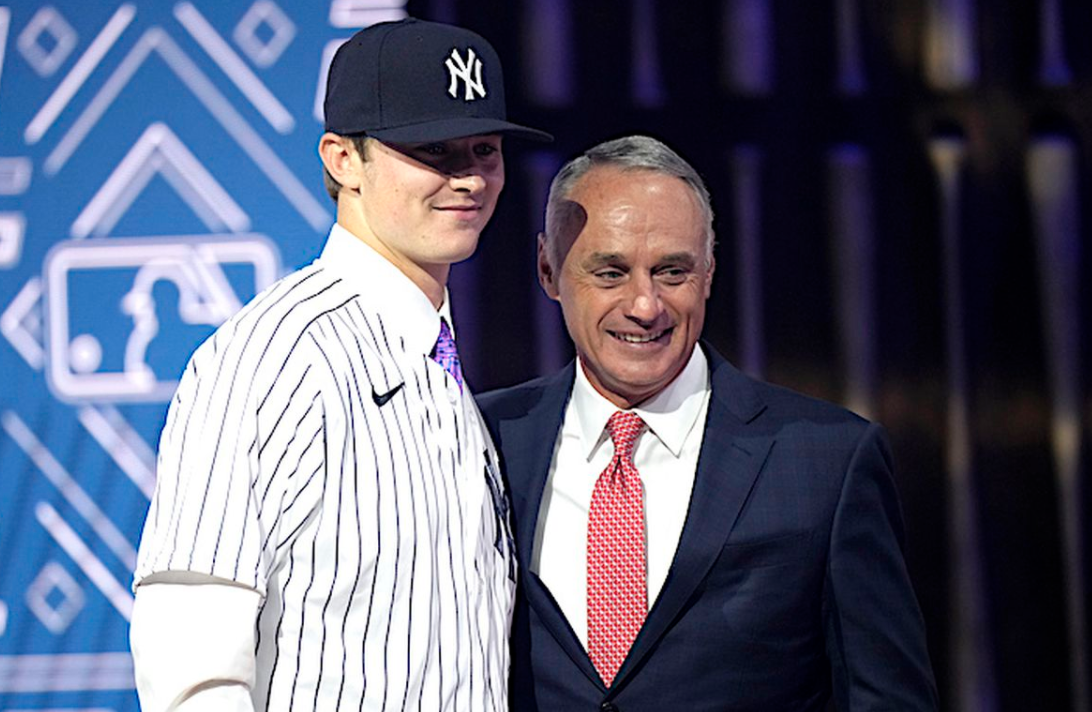 Former St. X infielder Trey Sweeney posed with MLB commissioner Rob Manfred after the Yankees selected him in the first round of the draft Sunday night. AP Photo 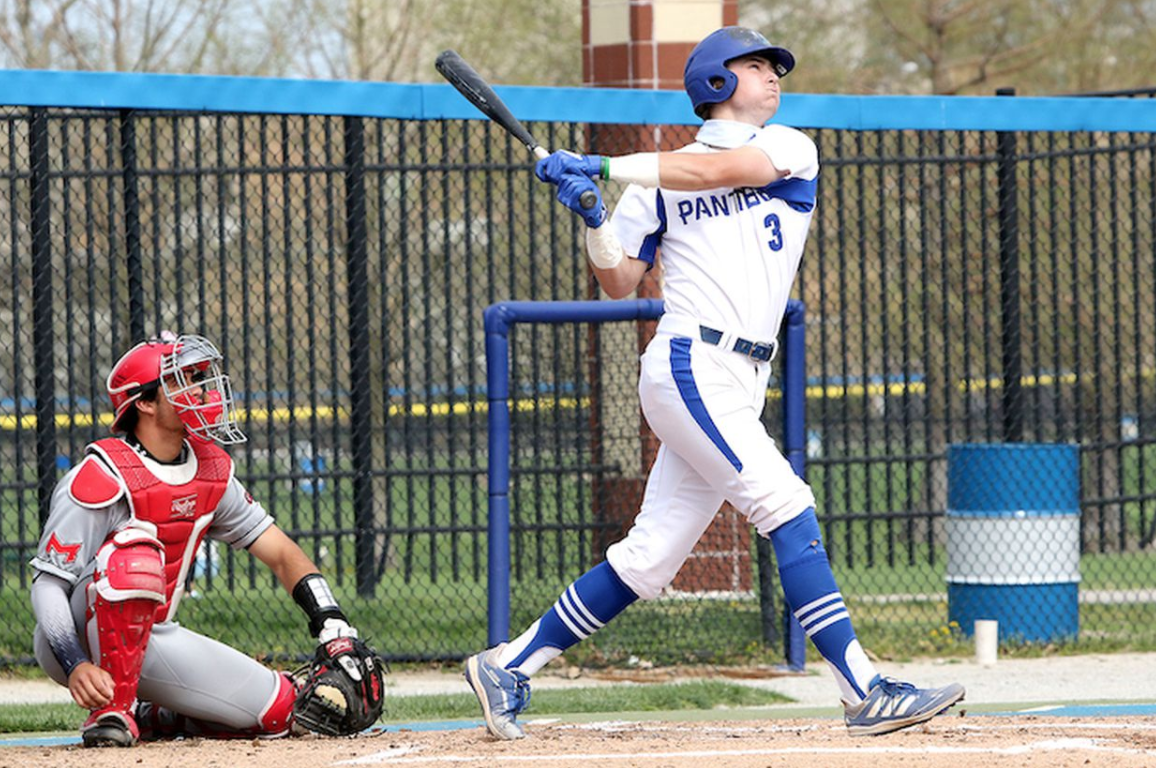 Former St. X infielder Trey Sweeney posed with MLB commissioner Rob Manfred after the Yankees selected him in the first round of the draft Sunday night. AP Photo

LOUISVILLE, Ky. (WDRB) -- When Trey Sweeney started his high school baseball career at St. Xavier High School in 2015, he was just another freshman trying to get a few swings in the batting cage.

He was not fast-tracked to the varsity or even the junior varsity.

Actually, Sweeney is the Man of the Hour for St. Xavier, Eastern Illinois University and the New York Yankees. On Sunday night, during the 2021 Major League Baseball Draft, Sweeney put his name on a list that features Thurman Munson, Derek Jeter, Mark Prior, Gerrit Cole and Aaron Judge: first-round draft picks of the New York Yankees.

You can call Sweeney’s selection as the overall No. 20 pick as the best story from the opening day of the draft.

Although Sweeney had a terrific career at St X. as a member of the 2016 and 2018 state championship teams, major league teams had zero interest in drafting him out of high school. Porta said at least two and probably three players on the 2018 St. X team were considered better prospects.

“What you saw last night was that major-league teams are putting a lot of emphasis on bat-to-ball skills,” said Burke, who worked as a draft analyst for ESPN Sunday night. “There is tremendous value in guys who don’t strike out. Beyond his 14 home runs, Trey had 26 extra-base hits and only 24 strikeouts (at Eastern Illinois this spring). That’s impressive.”

So was Sweeney’s .382 batting average, .522 on-base percentage and .712 slugging percentage in 48 games. The 5-foot-7-inch, 140-pound freshman grew into a 6-foot-4-inch, 200-pound shortstop with a consistent left-handed stroke. No wonder he drove in 58 runs and scored 52, becoming only the third OVC player taken in round one.

Word in the baseball grapevine is the Toronto Blue Jays strongly considering taking Sweeney with the No. 19 pick, another source Minnesota wanted Sweeney to be there when the Twins picked at 26.

But the question always returns to this: Why did Sweeney play at Eastern Illinois?

That’s certainly not the Southeastern or Atlantic Coast conferences, the leagues that general stuff the early rounds of the draft with prospects.

He grew. He lifted. He worked in the cage. He grew. He conditioned. He improved.

Porta said that during the summer between his junior and senior seasons, Sweeney played in multiple travel tournaments in the Midwest. During one event in Indianapolis, Eastern Illinois offered a scholarship.

Without another option, Sweeney accepted, signing in November 2017. Porta said that during Sweeney’s senior season multiple college coaches watched him play shortstop and told the coach that Sweeney was the best prospect on the St. X team.

“My dad (Al Burke, former coach at Bellarmine) always liked him,” Chris Burke said. “Even if you didn’t know baseball that well, Trey had the kid of athletic skills that brought your eyes to him on the field.”

Porta said that Sweeney also had his share of spunk. In 2018, during a tournament at Noblesville, Indiana, Sweeney exchanged words with an opposing catcher who had grumbled that St. X was lucky to score the go-ahead run on a fielder’s choice.

Sweeney came to bat with the bases loaded. He delivered a grand slam. After crossing home plate, Sweeney turned to the opposing catcher and said, “How’s that for luck?”

There wasn’t luck involved Sunday night. Trey Sweeney played his way up from the St. X freshman team to the first-round draft pick of the New York Yankees.

“It doesn’t get any better than that,” Burke said.