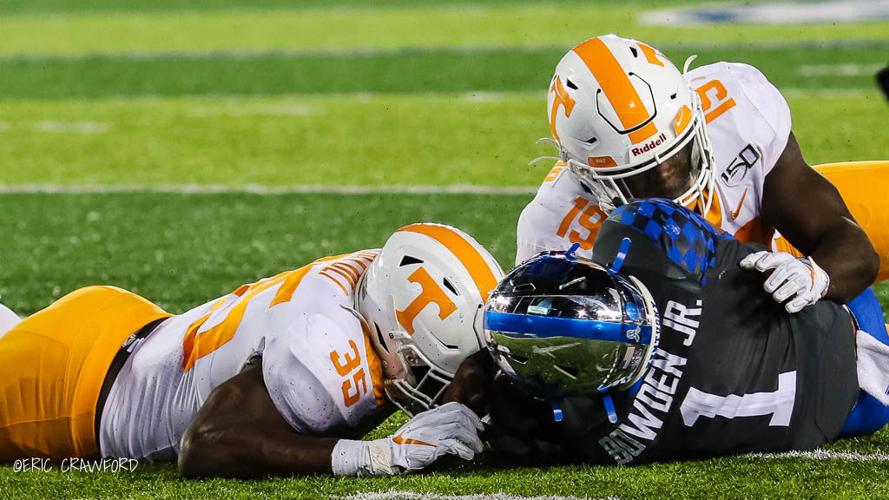 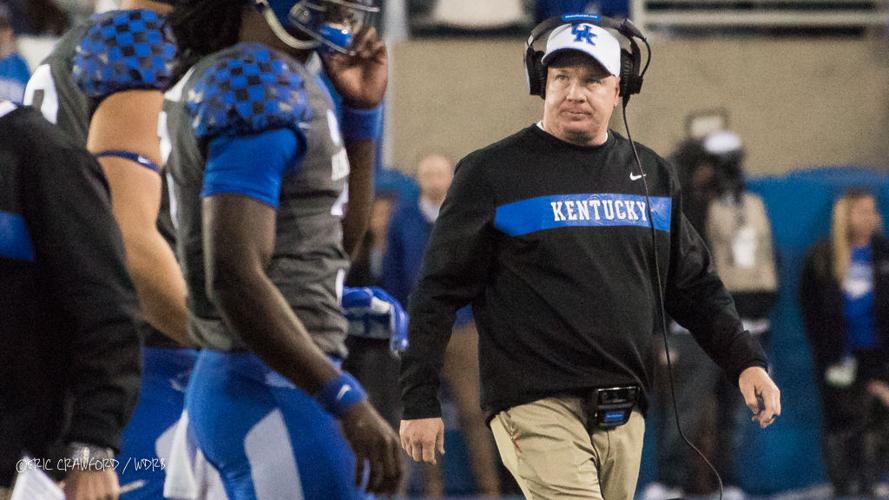 It's also the final Southeastern Conference game for the Wildcats (4-5, 2-5) who must defeat Vandy (2-7, 1-5) to avoid slipping into a last-place tie with the Commodores in the East Division.

4. Scouting Kentucky: After failing to convert in the fourth quarter with a first and goal situation against Tennessee, the Wildcats slipped to 4-5 overall and must win two of their final three against Vandy, Tennessee-Martin and Louisville to become bowl eligible for the fourth consecutive season. The Wildcats defense has delivered, allowing only three points in the first half of their last three games while limiting opponents to 305 yards or less for four consecutive games.

The Wildcats have played eight true freshmen this season, seven on defense. UK coach Mark Stoops has also played 14 redshirt freshmen in at least one game. Kentucky has won three straight and four of five against Vandy, including a 44-21 victory in Nashville two years ago.

5. Scouting Vanderbilt: Like Kentucky, Vandy has struggled with injuries at quarterback. Coach Derek Mason has played four guys at the position, starting three. Like Kentucky, Vandy has thrown more interceptions than scoring passes, with only seven throws resulting in touchdowns. Vandy averages nearly 179 yards passing, about 40 more than Kentucky.

Vandy ranks last in the SEC in total offense and total defense, with a negative yardage differential of nearly 169 yards per game. Vandy's best offensive player is Ke’Shawn Vaughn, their senior running back, who ranks fourth in the SEC in rushing with 818 yards. Vaughn delivered 100 or more yards against LSU, Northern Illinois and UNLV.

Forced into playing quarterback because of injuries to Terry Wilson and Sawyer Smith, Bowden has made the most of a difficult situation.

He leads the SEC in rushing yards per attempt (7.05) and is seventh overall in the league with 712 yards on 101 carries.

But his passing has been ineffective. Bowden has completed only 19 of 44 throws with one touchdown and one interception. His yards per attempt average of 4.8 is less than half of SEC leaders Joe Burrow of Louisiana State and Tua Tagovailoa of Alabama. Bowden ranks 15th in the SEC in passing yards per game. He is also an elite receiver who has not had a catch in UK's last four games.

7. Sideline Storyline: This game will likely come down to a matter of self-motivation. Neither team is on track to achieve their top pre-season goals. Kentucky can still achieve a winning record. Vandy might be fighting for the future of Mason, who is headed for his sixth consecutive losing season, although he did coach the Commodores to bowl appearances in 2016 and 2018. With a modest crowd expected, the team with the stronger mindset is likely to win.

8. Fan tip: Vanderbilt Stadium seats 40,350, but the Commodores have averaged only 28,173 fans for five home games so plenty of tickets should be available. At less than 70 percent capacity, Vandy ranks last in the SEC in average attendance.