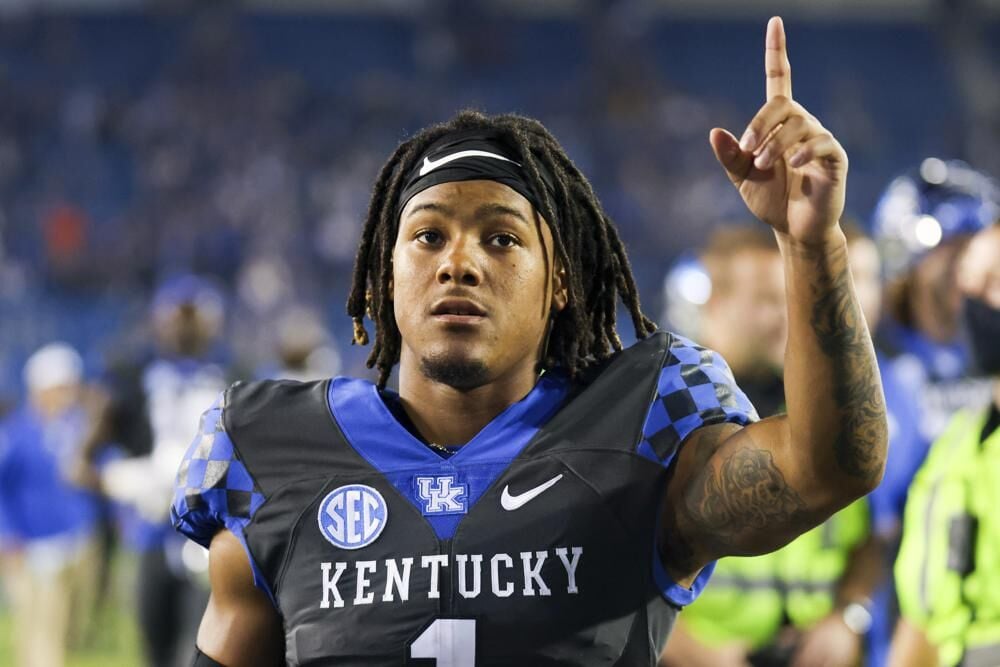 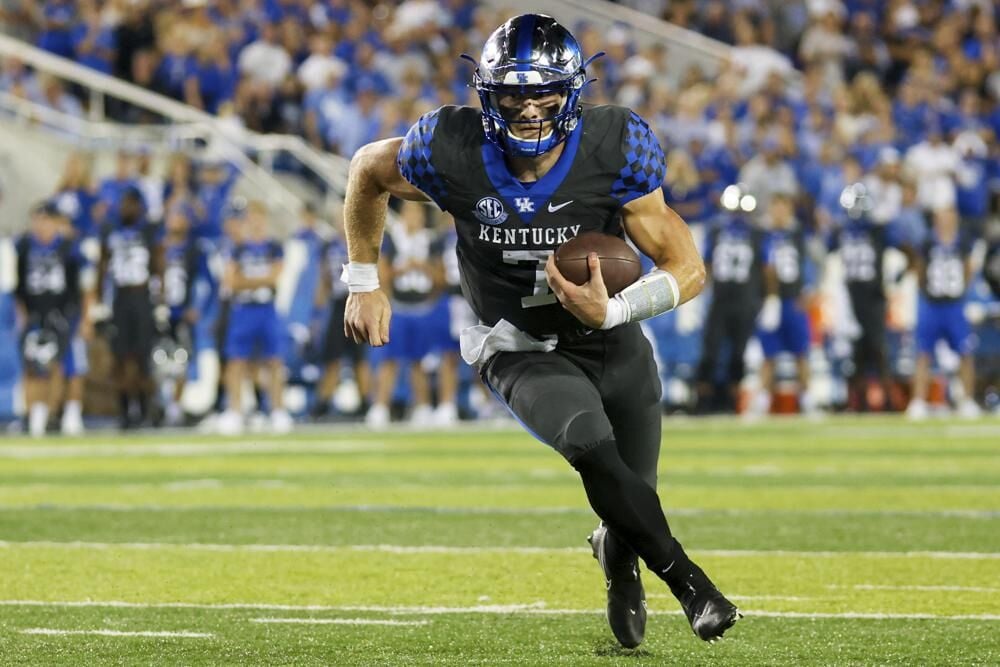 Kentucky quarterback Will Levis runs the ball into the end zone for a touchdown during the second half of the team's NCAA college football game against LSU in Lexington, Ky., Saturday, Oct. 9, 2021. (AP Photo/Michael Clubb)

Kentucky quarterback Will Levis runs the ball into the end zone for a touchdown during the second half of the team's NCAA college football game against LSU in Lexington, Ky., Saturday, Oct. 9, 2021. (AP Photo/Michael Clubb)

LOUISVILLE, Ky. (WDRB) -- I don’t know much about the UAB football program. Can’t name the coach. Can’t name the quarterback. Can’t even give you the name of the Blazers’ new stadium.

But I can tell you this: During the second week of the 2021 season, UAB played at Georgia, the top-ranked team that Kentucky will play Saturday afternoon in Athens.

UAB went to Sanford Stadium as a 23-point underdog.

I repeat: UAB was a 23-point underdog at Georgia, apparently at least partially on the thinking the Blazers were picked to win the West Division of Conference USA and because UAB handled Jacksonville State, 31-0, in its season opener.

The point spread is worth noting because Kentucky, the No. 11 team that defeated Florida and LSU in back-to-back weeks, has been as a much as a 24.5 point underdog for its crack at No. 1 Georgia on Saturday.

Bettors have pushed the number down to 23.

Las Vegas deals in numbers, analytics and facts, not emotion and sexy storylines.

I exchanged messages with Brian Edwards, a senior handicapper at VegasInsider.com. This was his explanation:

“UGA's power ranking has soared since (going into) the Week 2 game vs. UAB. Remember, UGA didn't have an offensive TD against Clemson in the opener. In other words, UGA would be at least -38 (or low 40s) vs. UAB this week.

“Kirby Smart's defense has held four SEC opponents to 23 combined points. UGA has outscored its six opponents by a combined score of 239-33. I made UGA a 21.5-point home favorite vs. UK. I lean to the 'Cats, but (receiver) Josh Ali's likely absence concerns me, as does the two DTs that are going to be 'out' in Marquan McCall & Octavious Oxendine ...

“... If (UK quarterback) Will Levis plays like he did last week and against Louisiana-Monroe & Mizzou, then I think UK will cover.

“However, that three-game stretch vs. UT-Chattanooga, South Carolina & Florida, he was turnover-prone with four interceptions ... the bottom line is UK has to take care of the football (Chris Rodriguez had a bunch of fumbles in September). If the 'Cats can play turnover-free football and get a couple of big plays out of Levis and Wan'Dale Robinson in the passing game, I think UK covers. But if UK turns the ball over twice or more, it'll be in trouble.”

That is what one of the top handicappers in Las Vegas thinks. The point spread has fluctuated between 24.5 and 21.5. But make a note that Georgia was only favored by 16.5 for its home game against Arkansas two weeks ago.

That was after the Razorbacks started 4-0 by defeating Texas and Texas A&M. Apparently those two victories were more impressive than Kentucky’s back to back wins over Florida and Louisiana State. Hmmm.

Here is a nugget that confirms how unusual this Kentucky-Georgia point spread is:

I checked the numbers from the previous five seasons. There have been 36 teams from Power 5 conferences and Notre Dame that roared to 6-0 starts.

Here are the four teams:

The other 32 teams that started 6-0 were favored by an average of 22.7 points. Kentucky remained a 23-point underdog against Smart’s best Georgia team at 3:30 p.m.

The wise-guys are convinced that Georgia has a special squad. About Kentucky, they’re not certain how dangerous the Wildcats are.