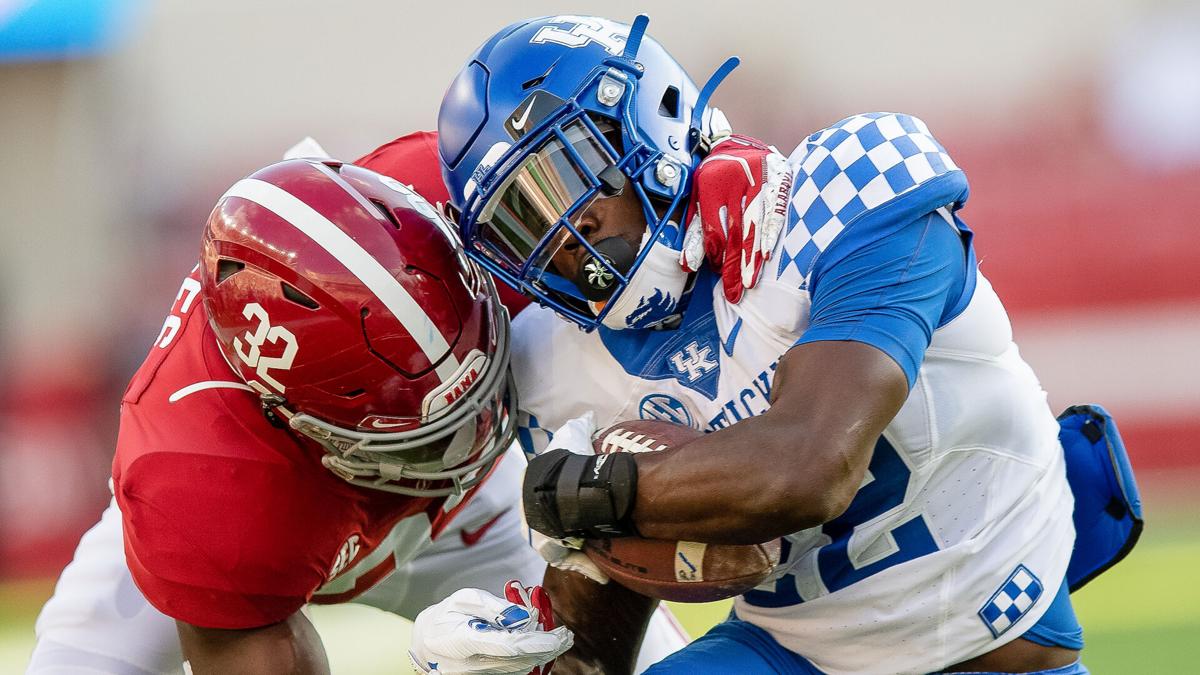 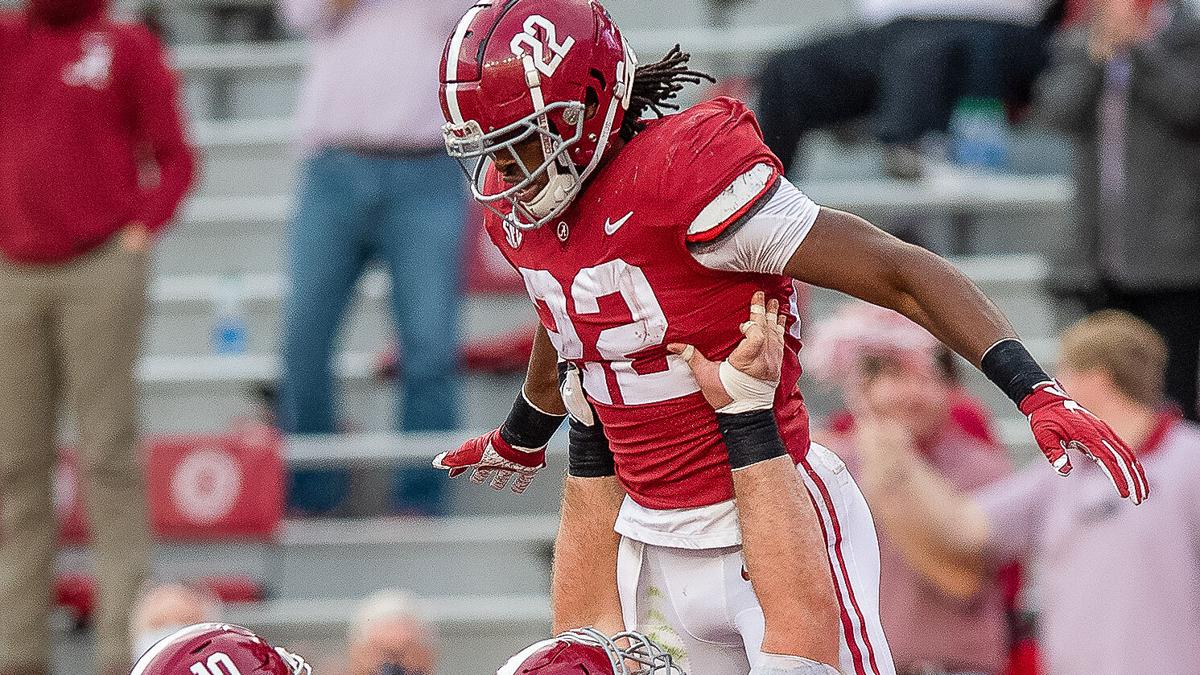 LOUISVILLE, Ky. (WDRB) – You could say that it took Alabama a quarter of football in Saturday’s game against short-handed Kentucky to shake out the rust after 3 weeks off. You could say that Kentucky did whatever it wanted on offense during that quarter, but miscues and missed opportunities allowed the Crimson Tide a moment to catch its breath.

Shoot, you can say whatever you want. Alabama went on to win 63-3, so words don’t really matter.

An early holding call that turned a potential touchdown into a field goal early did matter. So did a bad snap on another field goal attempt that could’ve made it 7-6. So did Kentucky missing 10 players from COVID or injury – including five starters, among them running back Chris Rodriguez and linebacker Jamin Davis.

There’s so little margin for error – especially when you’re Kentucky facing an Alabama team ranked No. 1 in the nation – that a couple of errors are just about enough to cost you any shot at an upset. And Kentucky had a lot more than a couple.

So it shouldn’t be a surprise. Yet it is a bit of a surprise, honestly. This was Kentucky's largest margin of defeat since a 65-0 loss to Florida in 1996.

Again, I don’t know how many people expected Kentucky to go in an make this game a barn-burner. I don’t think too many thought it would be the absolute laugher that it turned out to be.

In the glass-one-quarter-full category, Kentucky outgained Alabama 121-79 in the first quarter. It outrushed the Crimson Tide 44-5. It held the ball for 10:43. It trailed 7-3 at the end of the period, but those kinds of numbers are right in line with the game plan.

Move the ball. Keep it away from Alabama’s offense. You’d have preferred a touchdown to the early field goal, but the offense looked like it would hold its own. Kentucky opened the second quarter at the Alabama 20 and moved it inside the 10 before stalling. The Wildcats set up for a chip-shot field goal to pull within a point, but the snap sailed past the (substitute) holder, Alabama recovered near midfield, and scored 5 plays later to make it 14-3.

Kentucky again drove 41 yards in 10 plays and ate up 4:35 on its next drive, but missed a field goal. Again, Alabama scored 5 plays later, and the game was over.

At the time of the botched field goal snap, Kentucky had gained 135 yards. It would only gain 42 yards through the end of the third quarter.

Amid all that, there was a play when the defense failed to get lined up – and had 12 men on the field – and still gave up a 42-yard touchdown run to Najee Harris, the Tide’s longest run from scrimmage this season.

Kentucky used three quarterbacks and didn’t get much from any of them. Alabama’s Mac Jones left the game in the third quarter and Bryce Young, a true freshman, came into the game and engineered a 7-play, 76-yard drive that culminated with the first TD pass of his college career.

Look, Kentucky was a 30-point underdog. There’s no point in losing much sleep over a poor performance in this one. But you do wonder about the team’s spirit.

This team has been through a ton. Losing coach John Schlarman. If the victory over Vanderbilt seemed to be fueled by emotion, this team seemed to lose its emotional edge after the bad snap on one missed field goal and another one missing the mark.

They can be forgiven. Especially against the No. 1 team.

One thing was bothersome. At the end of the first half, down 21-3 with just under 40 seconds left, Kentucky ran one play, then let the clock run out and went to the locker room.

Now, the chances of Kentucky doing anything with that 38 seconds or so was fairly low. We all know that. But not even trying to do something with it seems like a message you might not want to send.

Everybody knew this season of SEC-only games was going to be brutal. But if you wave the white flag just before halftime against some of these teams, they’re not going to take it easy on you.

It’s one thing to lose ugly swinging for the fences. It’s another to let it happen with the bat on your shoulder.

Maybe it doesn’t matter. But then again, maybe it does. Kentucky has two games left, including at No. 6 Florida. It might as well go down swinging.