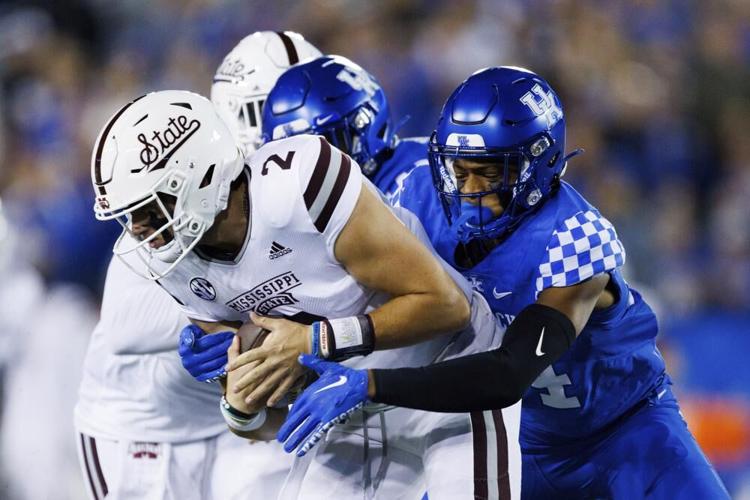 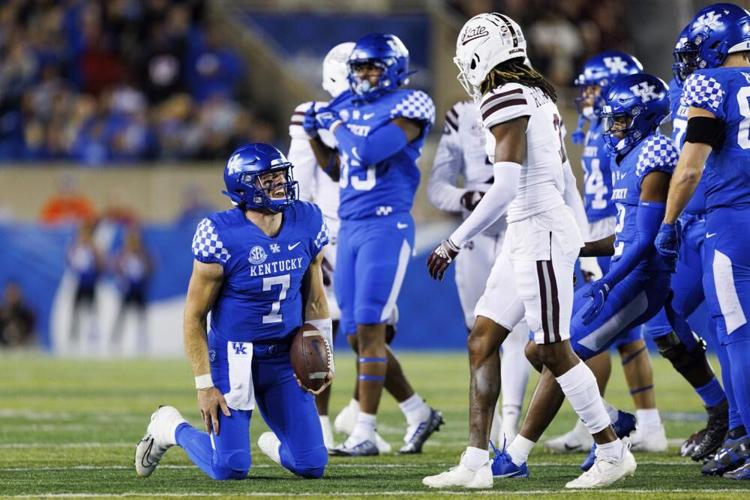 Kentucky quarterback Will Levis (7) celebrates after converting on fourth down against Mississippi State during the first half of an NCAA college football game in Lexington, Ky., Saturday, Oct. 15, 2022. (AP Photo/Michael Clubb) 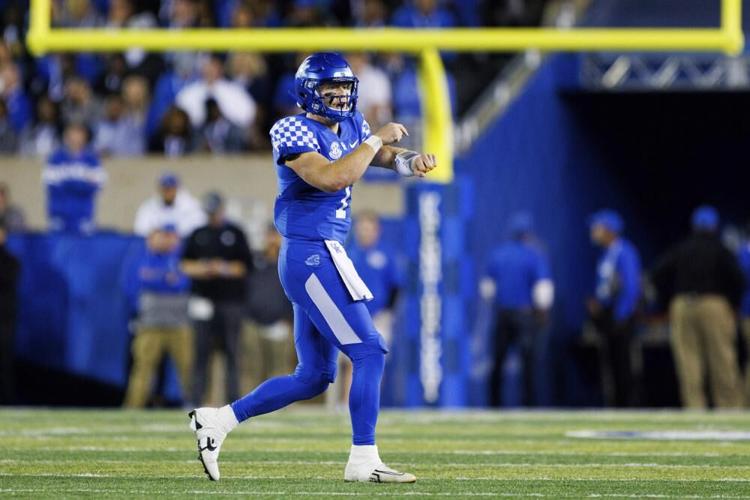 Kentucky quarterback Will Levis (7) asks for a play call from his coaches during the first half of an NCAA college football game against Mississippi State in Lexington, Ky., Saturday, Oct. 15, 2022. (AP Photo/Michael Clubb) 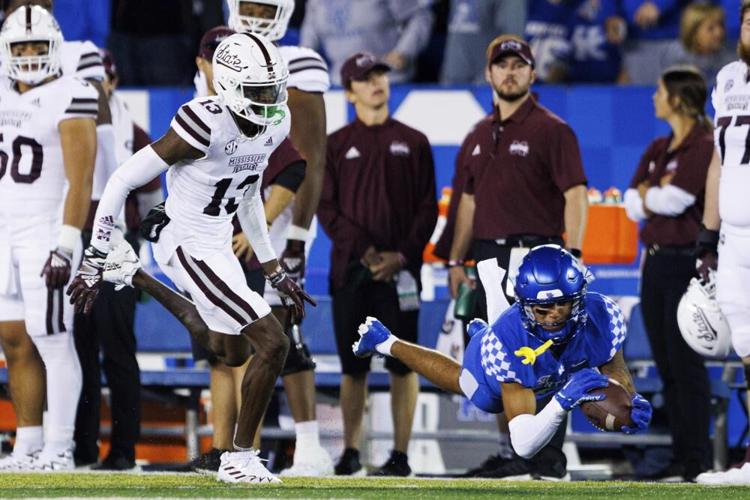 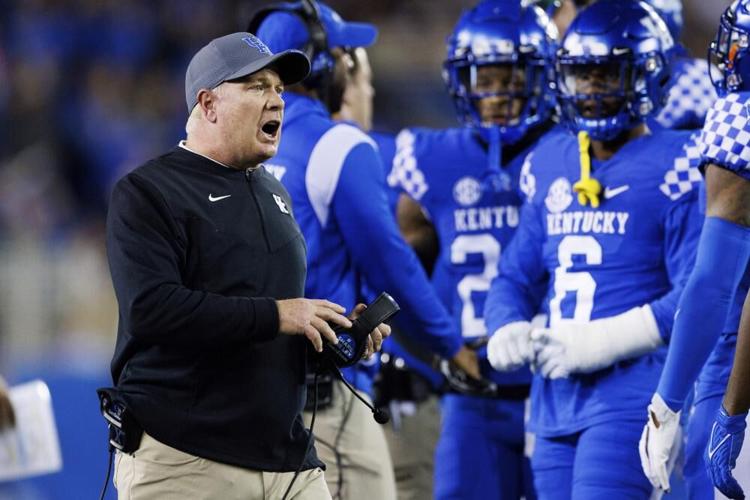 LOUISVILLE, Ky. (WDRB) – Kentucky went to the locker room of Saturday’s game against Mississippi State still a team that looked to be in search of itself. It emerged looking more like the team everyone thought we would see heading into this anticipated season.

The No. 12-ranked Wildcats powered over the No. 16 Bulldogs on offense, churning up 239 rushing yards while their defense was holding MSU to just 22 of its own. That physical dominance left the visitors frustrated and flailing by game’s end in a 27-17 victory that would’ve been even more lopsided if not for a poor screen-pass call on fourth down resulted in an MSU pick-6 score.

It was the eighth straight time the home team has won in the dead-even series, which Kentucky tied at 25 wins apiece with its victory Saturday. The Wildcats were 4-point underdogs on their home field entering the game.

Chris Rodriguez carried 30 times for 196 yards and 2 touchdowns, an average of 6.7 yards per carry. Will Levis, returning from a one-game injury absence, threw for 230 yards and a touchdown, completed 74 percent of his passes and returned to the game after a third-quarter shot to his left shoulder sent him to the locker room for X-rays.

One game after the Kentucky defense gave up better than 5 yards per carry in an upset loss to South Carolina, it gave up nothing easy against a potent MSU offense, and sealed the victory with a DeAndre Square interception of Will Rogers late in the fourth quarter.

The first quarter was a struggle for both teams. Penalties kept both teams from getting a rhythm. But Kentucky’s defense held MSU to just a field goal, and a late field goal for the Wildcats helped them feel as if they’d weathered a poor half in decent shape.

Kentucky drove 56 yards on 8 plays for a field goal to go up 6-3 on its first drive of the second half, but lost Levis momentarily after a big hit. After MSU drove for a touchown on its ensuing drive, Levis returned to the field to an ovation, and drove Kentucky 76 yards in 8 plays for a go-ahead touchown. And it would not trail again.

Kentucky dominated possession nearly 2-1, with 39:22 to just 20:38 for the Bulldogs. The Wildcats ran 73 plays to just 47 for Mississippi State. The visitors were flagged for 13 penalties for 109 yards.

After the loss to South Carolina, Kentucky is still looking at a long road back to SEC East contention. But it has a big chance coming, against a Tennessee team that should be in the Top 5 nationally when the teams meet in Knoxville in two weeks.

The Kentucky team that wore down MSU in the second half looked like one that could make the trip to Knoxville interesting.