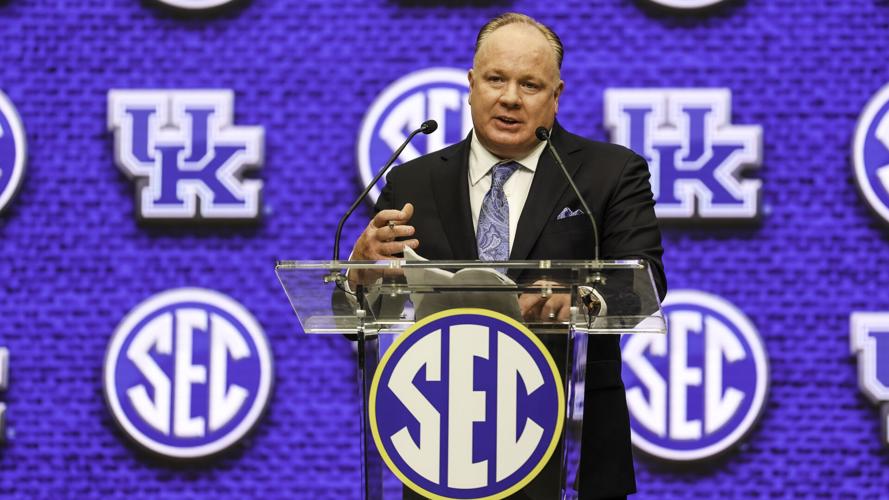 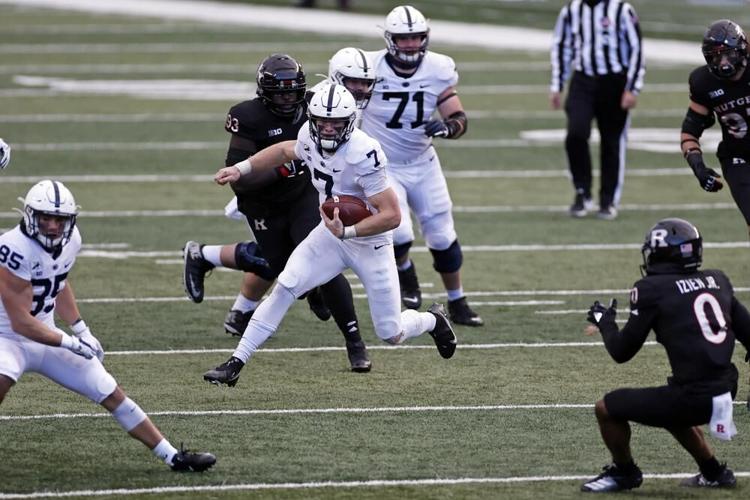 FILE - Penn State quarterback Will Levis (7) rushes against Rutgers during the second half of an NCAA college football game in Piscataway, N.,J., in this Saturday, Dec. 5, 2020, file photo. Kentucky coach Mark Stoops believes his Wildcats can do some damage in the Southeastern Conference this year after persevering through an emotional season. The NCAA transfer portal has helped, with the Wildcats adding receiver Wan’Dale Robinson (Nebraska), quarterback Will Levis (Penn State) and inside linebacker Jacquez Jones (Mississippi) among six newcomers. (AP Photo/Adam Hunger, File)

LOUISVILLE, Ky. (WDRB) -- This will be the season when Mark Stoops moves past Bear Bryant as the winningest coach in the history of Kentucky football. Stoops is positioned to tie Bryant with his 60th victory Saturday night when the Wildcats open the 2022 season at home against the Miami Redhawks.

It is a season that finds Kentucky ranked as a consensus preseason Top-25 team, including the No. 20 spot in the Associated Press poll. It is also a season where the Wildcats were picked to finish second in the East Division of the Southeastern Conference in a media poll, with SEC Network analyst Chris Doering predicting an 11-1 regular-season record for Stoops and UK.

ESPN analyst Desmond Howard raised the ante last weekend when he named Kentucky as a sleeper pick to make the four-team national playoff because of his respect for the UK defense and quarterback Will Levis.

THE LAST TIME: This will be Miami's first trip to Lexington since the Wildcats rolled to a 41-7 victory over the Redhawks in 2013.

THE SERIES: The Wildcat have won the last three games to stretch their record against Miami to 8-4-1. Miami's last victory came in 1979.

THE RECORDS: This is the season opener for both programs. Kentucky finished 10-3 last season by defeating Iowa in the Citrus Bowl. After losing three of its first four, Miami rallied for a 7-6 season, which ended with a 27-14 victory over North Texas in the Frisco Football Classic.

Come fly with us. pic.twitter.com/b96A9ufQwH

PLAYER TO WATCH KENTUCKY: With all-SEC halfback Chris Rodriguez suspended, senior Kaviosey Smoke will start in the backfield. In his first four seasons with the Wildcats, Smoke has averaged 5.6 yards per carry and scored a dozen touchdowns in 33 games. Smoke delivered the only 100-yard rushing game of his career in a victory against Louisiana State last season.

PLAYER TO WATCH MIAMI: Redhawks quarterback Brett Gabbert enters his fourth season as one of the best quarterbacks in the Mid American Conference. He threw for over 2,600 yards last season with 26 touchdowns and only six interceptions. Gabbert missed Miami's game against Cincinnati in 2021 and struggled against the Redhawks' other Power 5 opponent, completing only 14 of 29 passes in a 31-26 loss to Minnesota.

SIDELINE STORYLINES: The Wildcats are chasing their third 10-win season in the last five years. At VegasInsider.com, UK quarterback Will Levis is tied with Louisville quarterback Malik Cunningham as the 17th pick to win the Heisman Trophy. If you wager $100 on Levis, your return would be $6,600. Kentucky has won 16 straight nonconference games, the longest streak among FBS programs. In a preseason media poll, Miami was picked to win the East Division of the Mid-American Conference, earning 20 of 24 first-place votes.

THE QUOTE: Miami coach Chuck Martin, a former Notre Dame assistants, made certain to leave no bulletin board material for the Wildcats:

"Probably the best Kentucky team, they're saying, maybe ever. They were really good a year ago. Won 10 games. Beat Iowa in a bowl game. Their strengths are obvious. Coach Stoops is a defensive guy. They have a defensive mindset. They played tremendous defense a year ago. They run and hit, they fly around, they create turnovers, they get after the quarterback. Like every great defense does, they are really sound and they're really physical."

Hundreds of extras needed for film shot in Louisville