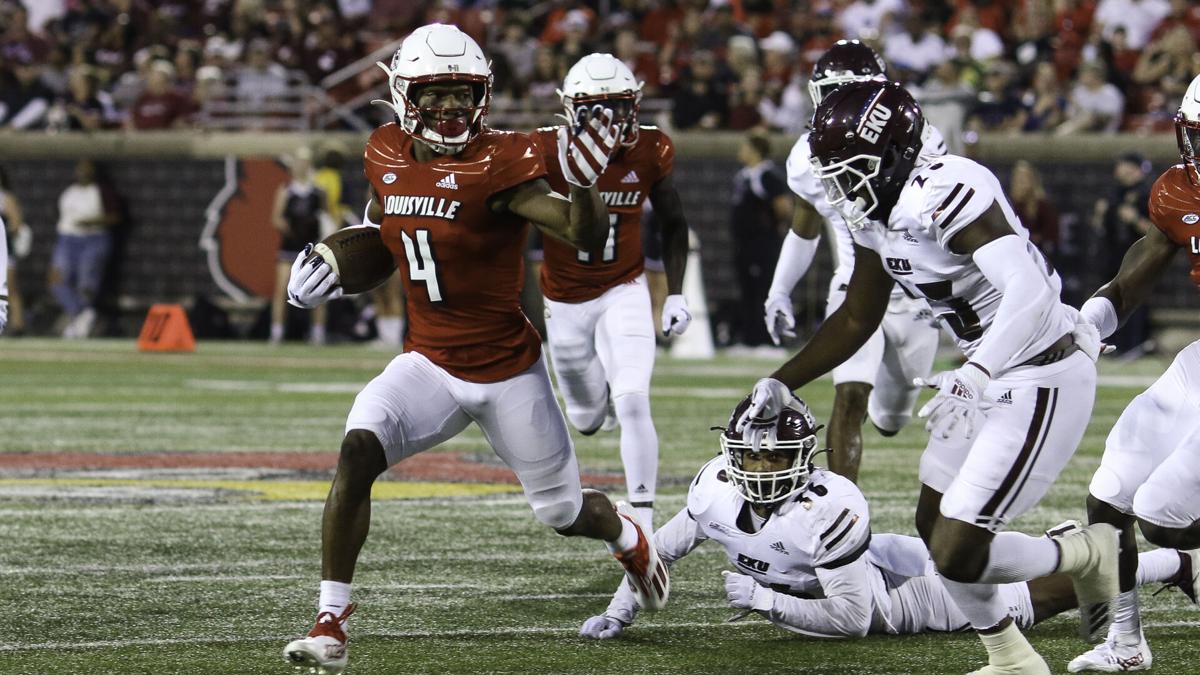 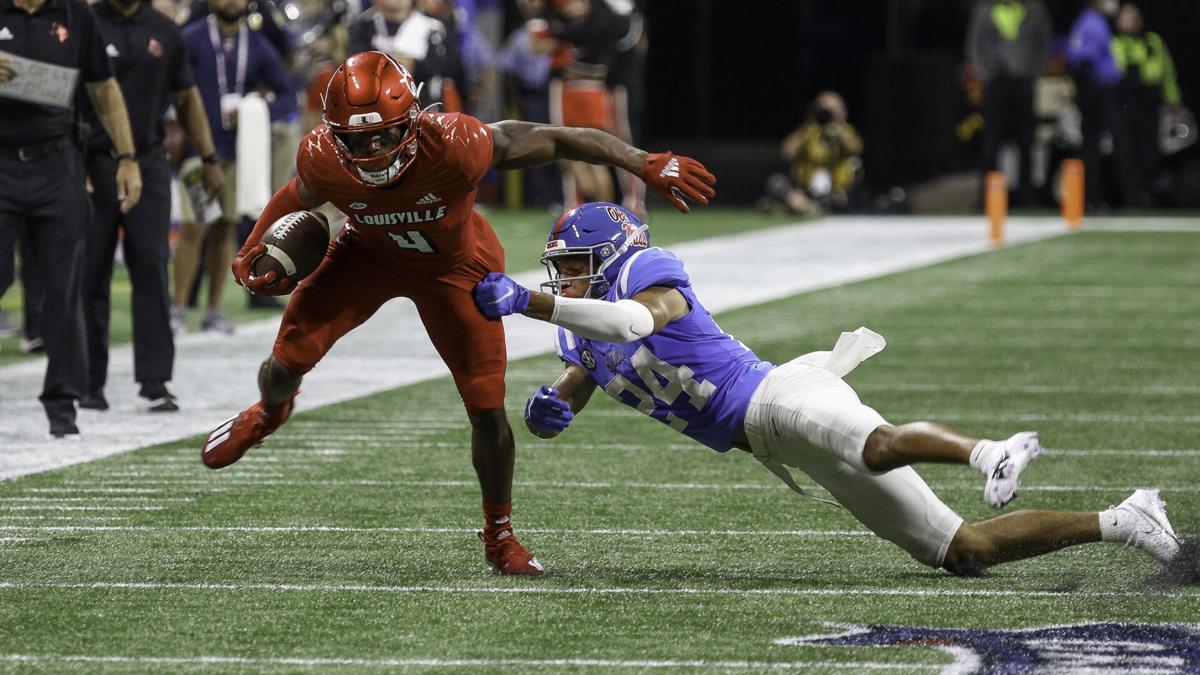 Louisville's Braden Smith runs after a catch in the Cardinals' season-opening loss to Ole Miss.

Louisville's Braden Smith runs after a catch in the Cardinals' season-opening loss to Ole Miss.

LOUISVILLE, Ky. (WDRB) -- For the second time in as many games, the University of Louisville football team lost a key starter to a season-ending injury.

Braden Smith, a 5-foot-10-inch sophomore from Flowood, Mississippi, sustained ligament damage in his knee in Saturday's 31-21 win at Florida State and will miss the rest of the season, Louisville coach Scott Satterfield said Monday.

Smith had caught four passes for 68 yards and a touchdown and also served as the team's punt returner, where he scored on a 49-yard runback against EKU. A high school quarterback, Smith had completed two of three attempts in trick plays this season, including a 54-yard scoring strike against Wake Forest.

Just before Saturday's game, Louisville had announced that starting linebacker Monty Montgomery would miss the rest of the season with a knee injury.

"That's two players in back-to-back weeks for us," Satterfield said. "Key contributors, one on offense and one on defense. I hate it. That's the awful part of this game that we have to deal with on a week-in, week-out basis. You see it across the country. I think Clemson had a defensive linemen who went out ... You don't want to see that for anybody or any team. I hate it for how hard these guys work and then the season gets taken away. But Braden is in good spirits. He'll bounce back. He'll get back even stronger. But what that means is that other guys have to step up in the receiving room and on the special teams. We ask him to do a lot of things on this team, so other guys are going to have to step up. I'm proud of (Josh Johnson) for stepping up in that game against Florida State, catching the punts. So we'll need more guys to step up and fill in the gaps."

Smith's versatility will be difficult to replace, but Satterfield noted that it'll be a group effort, as will replacing Montgomery, who spot in the starting lineup was filled Saturday by freshman Jaymin Alderman.

Montgomery had recorded 17 tackles before his injury against UCF. Satterfield said that among other things, losing those players presents a leadership challenge. He called Smith a significant presence in the wide receiver meeting room.

"I just think his experience is the main thing that you lose," Satterfield said. "He's played in a lot of games for us. He's really our main starter that came back from last year. You think about Tutu (Atwell) and Dez (Fitzpatrick) leaving, he's the main starter that came back off last year's team. And the guys, more than anything, the receiver room looks up to him and they trust and believe in his ability just because he's been there and done that. That's probably the biggest part of the loss. We have some guys who can go in and make some plays and do things he was able to do. Hopefully, Shai Werts will be back here soon. He got hurt in the Ole Miss game. He's going to practice this week, and we'll see. It's still a question as to whether he'll play or not, but he's very, very close. If it's not this week it'll be the next."

While his team is now down two starters for the rest of the season, Satterfield said he doesn't expect to change the way his team practices or prepares.

"You've still got to prepare the way we think will give us the best chance," he said. "I don't think you change your plan just because you lose a player. The next guy coming in has to prepare just like the player did before him. We're doing some things at practice that are a little bit different, but whether we have injuries doesn't have anything to do with that. I do believe you've got to get your players fresh to the game. They've got to be mentally fresh and physically fresh. We learned a lot, I thought, with our first three contests with those short weeks. We learned a lot of things we could do, so we sort of tweaked practice. But we've still got to prepare the way we've always prepared, and whoever is in the game has to be ready to go."