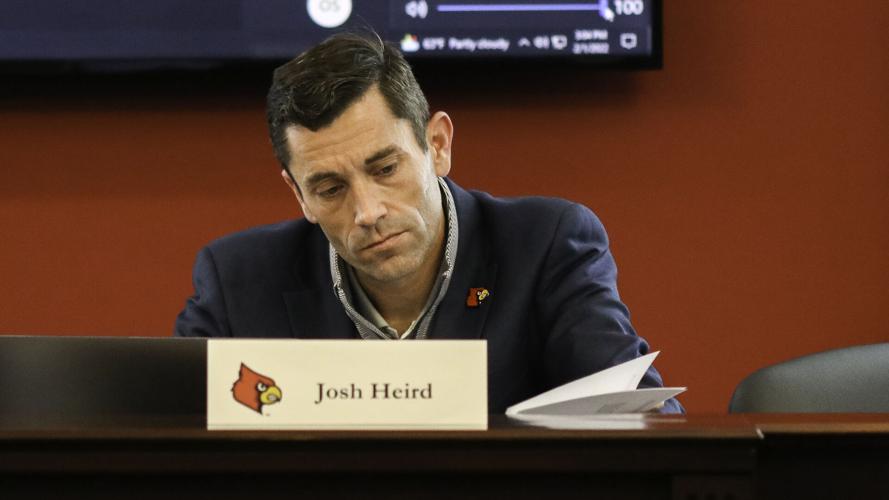 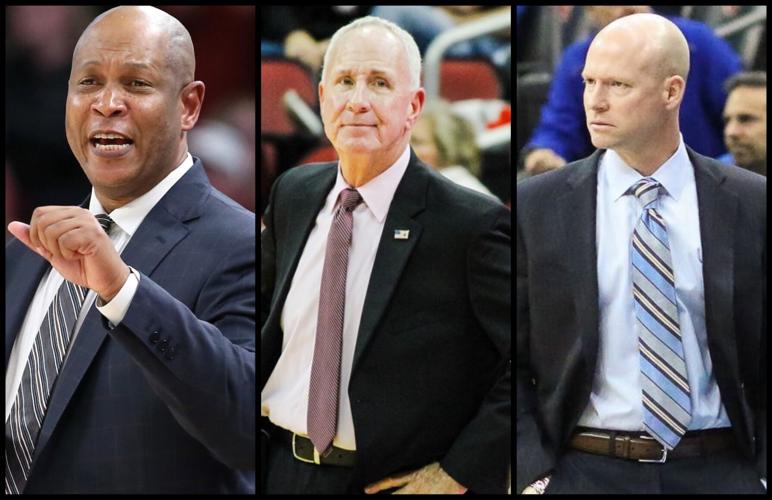 Kenny Payne, Scott Davenport and Kevin Willard have the best Las Vegas odds to become the next Louisville basketball coach.

LOUISVILLE, Ky. (WDRB) -- When the clock hit 0:00 on the University of Louisville men's basketball season in a 51-50 ACC Tournament loss to Virginia just before midnight on Wednesday, a chapter for the program closed.

Mike Pegues, the interim coach who stepped in twice for Chris Mack, will soon be off the clock. And interim athletics director Josh Heird is now very much on it.

The shot clock is off. The coach watch is on.

Heird takes center stage while directing the high-stakes hire. A source close to the search tells WDRB that the university had not had direct contact with any potential candidate about the coaching job as of last night. That should change today with the season having come to an end.

Heird has not committed to a deadline or timetable but has said he would like to get the hiring done as soon as it can be thoroughly done, to give current players time to make decisions on their return. He traveled to Brooklyn, N.Y., with the team for the ACC Tournament this week. Now the important work begins.

A source told WDRB that with the assistance of Glenn Sugiyama of the DHR Global search firm, the program is likely to discuss the opening with 3 to 5 candidates before settling on the top choice. Another source said to expect several of those candidates to be coaches whose teams participating in the 2022 NCAA Tournament.

With the season ended, the speculation will heat up. Here is WDRB's U of L Coaching Hot Board 2.0.

Why Payne? Admired across the college and NBA games for his ability to build relationships with players, parents and coaches, which helps him get into the homes of top prospects. Praised for his coaching and teaching skills by three Hall of Fame mentors -- Larry Brown, John Calipari and Denny Crum. Former U of L player who has the respect of many former Cards. More than 50 years after the program was integrated, would be the school's first Black head coach.

Why not Payne? Positioned to have opportunities to become an NBA head coach after two seasons working for the Knicks. Might face unrealistic expectations to deliver a quick fix at his alma mater. Has never held a head coaching position. Some fans don't like his longtime association with UK and its coach, John Calipari.

SWING FOR THE FENCES

Why Drew? Has positioned the Bears to pursue back-to-back NCAA titles. Wrote the book on how to build a program out of a mess. Every coaching hot list must include Drew, whose record of developing guards is terrific. At least one source close to him says Drew would listen if approached.

Why not Drew? Friends say that Drew has thrived personally as well as professionally in Waco and that Baylor is a great fit for his Christian values.

Why Painter? Consistent winner who has built a Top 15 program nationally by exceling at identifying and developing players other programs overlook. Might be open to a challenge after 17 seasons in West Lafayette without getting to a Final Four.

Why not Painter? He's a 1,000% Purdue guy who has positioned the Boilermakers as the top programs in the state as well as one of the best in the Big Ten.

Why Cronin? Former Rick Pitino assistant with strong area connections from his days Cincinnati, Louisville and Murray State. Has won 20 or more games in 13 of his 19 seasons as a head coach. Took UCLA to the Final Four last season and the Bruins are considered a national contender again this season. Loves horse racing, and a job that close to Churchill Downs might be tough to pass up.

Why not Cronin? UCLA is one of the best jobs on the West Coast, a place where you can win conference titles and national titles. This is only Year 3 for Cronin in Westwood. He's just getting his program rolling and has a blockbuster recruiting class coming in. Would you give up Los Angeles weather in November, December, January, February and March?

Why Davenport? Louisville native, University of Louisville graduate and former U of L assistant coach. Winner at Ballard High School. Winner at Bellarmine. Product of the Denny Crum and Rick Pitino coaching trees. Masterful motivator who convinces his players that anything is possible. Preaches an entertaining, motion-heavy offensive style. His deep love for the city of Louisville would make this job a labor of love when it came to navigating difficult times.

Why not Davenport? He's the architect of Bellarmine's successful transition from Division II to Division I and he might feel compelled to complete that task over the next several years. Although he has boundless energy, Davenport is 66. Recruiting to Bellarmine and recruiting to U of L are different solar systems.

Why Willard? Helped Pitino get Louisville rolling from 2001 until he left for Iona in 2007. Has won 20 games for the sixth time in the last seven seasons.

Why not Willard? Has won one NCAA Tournament game in four career trips in 14 seasons as a head coach.

Why Cooley? Just coached the Friars to their first Big East title and a likely 4-seed in the NCAA Tournament. Only one losing season in his last 14 years as a head coach. With the Friars ranked 11th in the AP Top 25, Cooley has the highest ranked team of any Black head coach in the nation. The Sporting News named him 2022 national coach of the year.

Why Not Cooley? New England guy who fits perfectly at Providence, where he grew up and went to high school. Does not have a winning record in any postseason tournament, and is 1-5 in the NCAA Tournament.

Why Underwood? Has tied for first in the Big Ten in back-to-back seasons. Strong recruiter and developer of talent. Career winning percentage of .689. Teams excel on defense.

Why Not Underwood? Has it rolling at Illinois, where Underwood has been able recruit top prospects and transfers. Spent one season at Oklahoma State, which then received a postseason ban for NCAA violations committed during his tenure there, tied to the national pay-for-play scandal for which Louisville is still awaiting a hearing.

Why Forbes? ACC coach of the year who got the Demon Deacons in strong NCAA Tournament consideration just two seasons after taking over from Danny Manning. Excellent in building relationships and selling his program.

Why Not Forbes? Just signed a "long-term" extension with Wake, although the terms and buyout have not been disclosed. Lost his only NCAA Tournament game at East Tennessee State, and just suffered a first-game exit from the ACC Tournament.

Why Boynton? Up and comer who has won in Stillwater after following Underwood. Has recruited high-level players, including Cade Cunningham, the top pick in the 2021 NBA Draft. One of the top young Black coaches in the nation.

Why Not Boynton? Has one NCAA Tournament win in four seasons and yet to finish higher than fifth in the Big 12. No established connections to this area.

Why McMahon? Somebody is likely to grab him from Murray State -- and soon. He has the Racers at 30-2 and looking to make some noise in the NCAA Tournament. He's taken Murray to the NCAA Tournament three times in the past four years (not counting the canceled season) and the only time he failed to was during a season upended by COVID. He recruited Ja Morant to Murray, but even without the best player he's coached, he now has his best team.

Why not McMahon? Murray State has been his only coaching stop, and he's managed just one NCAA Tournament win in seven seasons – though that could be changing.

Who's next? Heird outlines details of coaching search