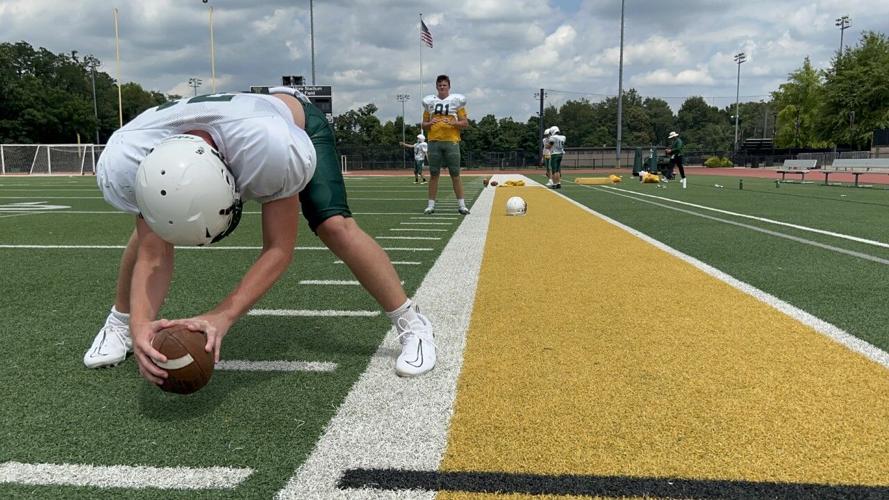 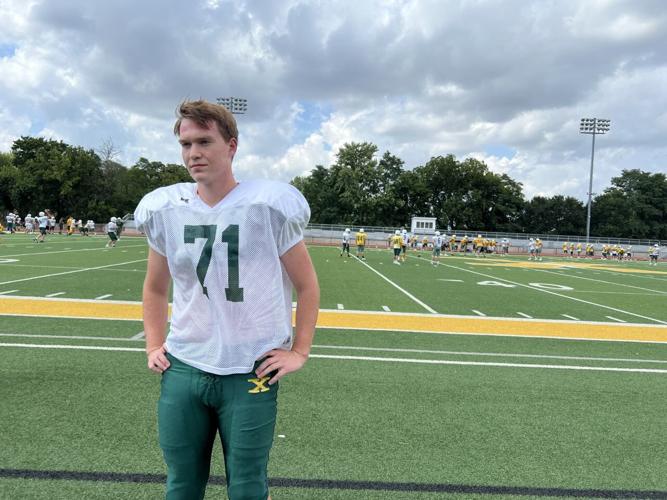 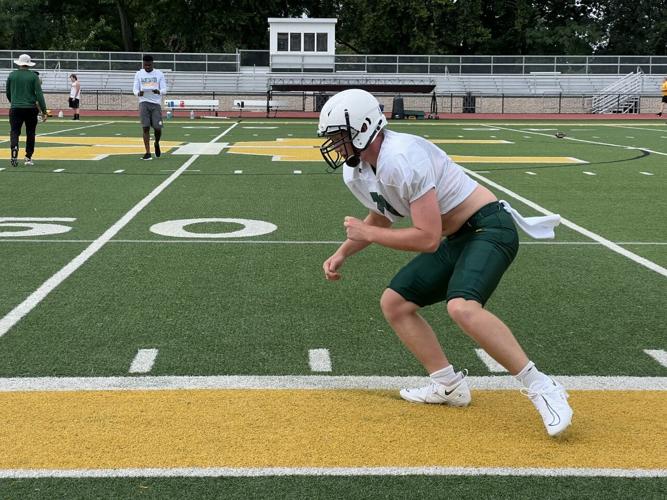 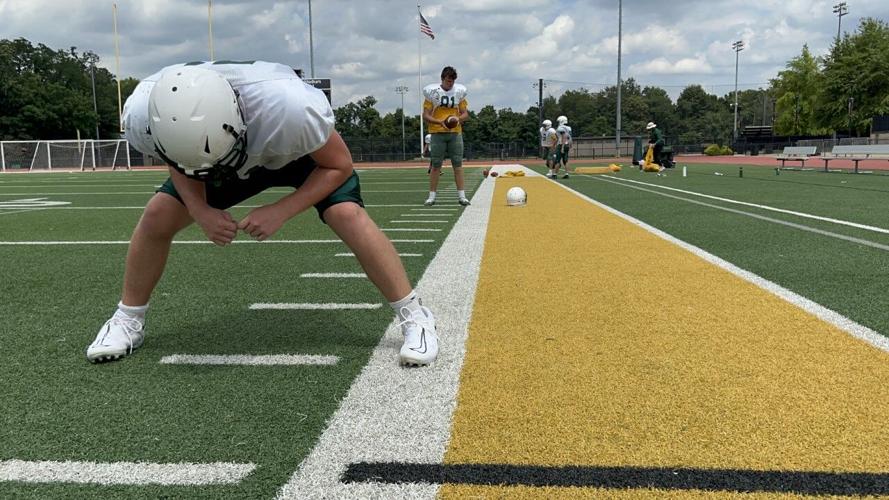 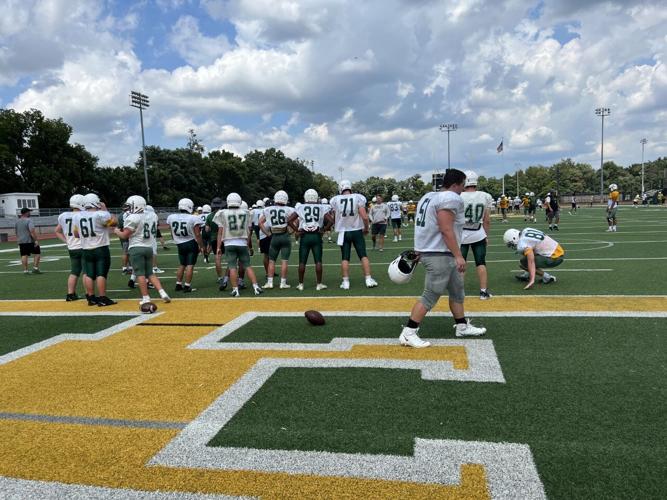 A summer practice for St. Xavier football ahead of the 2022 season.

As a senior and the starting long snapper for St. Xavier, Kros has become one of the best in the country at his position.

LOUISVILLE, Ky. (WDRB) -- He doesn’t know how to describe it.

When Andrew Kros walks up to the football and gets his feet set, his mind goes blank. The less he thinks about snapping the football, the better he does.

The motion always remains the same. He grabs the ball with his right hand and brings it to his left. The end of the football is aligned perfectly to the top of his helmet. Kros quickly glances at who's behind him, takes a deep breath and snaps it through his legs.

As a senior and the starting long snapper for St. Xavier, Kros has become one of the best in the country at his position.

“We're very secure in knowing that we've got the best, probably in this area of the country, to be able to do that (long snapping) at the high school level,” St. Xavier coach Kevin Wallace said.

Kros started snapping in seventh grade because he was the only one able to get the ball back eight yards for his team to get a punt off.

In between eighth grade and his freshman year at St. Xavier, his training at the position started ramping up. Kros was working out and former UofL long snapper Daniel Weedman approached him and asked if he wanted to learn how to long snap.

From there, Kros started working out more at home with his dad due to his driveway being exactly 14 yards in length.

“He just dragged me out there and told me to go snap,” Kros said.

Ahead of his sophomore season at St. Xavier, everything clicked for Kros. He stood out from others at the camps he was attending due to his accuracy and consistency with his snaps.

He attended the Kornblue Showcase and Fab 50 camp in 2020 and became one of only two to be recognized as a 5-star underclassman long snapper in their rankings.

“It's been very minute changes to my form, but every single one of the small changes that I make week after week just helped me get that much better,” Kros said.

Wallace became head coach at St. Xavier in 2018 and started coaching football nearly 40 years ago. He knew quickly how valuable Kros was to his team and the type of player he could become.

“I've been very fortunate to have a number of guys who have snapped in college, including my own two sons,” Wallace said. “By the time he was a sophomore, I felt like he was the best long snapper that I’ve coached.”

After attending camps at schools like Notre Dame, Vanderbilt, Alabama and Purdue ahead of his senior year, Kros had a decision to make in where he wanted to play at the next level.

Ultimately, he committed to Notre Dame in July as a preferred walk-on with hopes of eventually earning a scholarship.

“It's just such an incredible school,” Kros said. “Athletics, academics, everything there is perfect. It’s a once in a lifetime opportunity and I'm honored to have it.”

There aren’t a lot of long snappers and even less with a national ranking. As St. Xavier prepares to make a run at a second-straight state championship, the Tigers have confidence in each snap that Kros will continue to take for them.

“What Andrew does for us is minimize damage,” Wallace said. “We’re going to be able to get punts off and kicks off because of how well he gets the ball back to our kickers ... We’re in pretty good shape with Andrew as our snapper.”

Phillip Steinmetz graduated from Indiana University Bloomington in 2020. He's previously worked at the Courier-Journal, Herald-Times and News and Tribune.